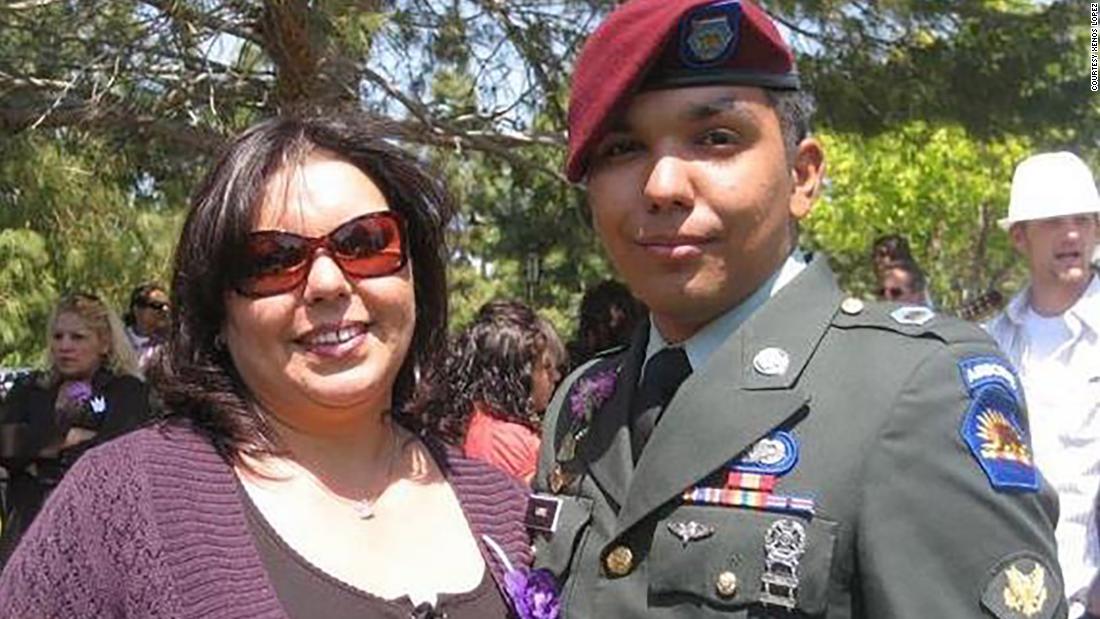 When he looked closer that was when he noticed that this wasn’t just any old uniform. His wife was still pointing straight at it in disbelief. It was astounding, something that only happens in a movie or happily ever after story. His next move was clear but he never expected the owner to do this.

A Much Needed Break

Xenos Lopez knew it was time to retire when six years serving in the United States Army came and went. It was time to settle back down with his wife and enjoy an easier life. He carefully packed up his apparel, leaving all of the medals and stripes perfectly positioned, into a garment bag and tucked it into his closet.

Fast forward a few years to when Xenos and his family decided to move from one side of Bakersfield, California to the other. It was as they were unpacking the towers of boxes and finding all their possessions and spot in their new home that Xenos discovered that his carefully preserved uniform was nowhere to be seen.

“We were moving from one side of town to the other and sometime during the move my uniform disappeared,” Xenos explained. Husband and wife turned the house upside down in a bid to find the mysteriously missing clothing but it truly wasn’t there anymore.

The realization that it may have been stolen during the move was heartbreaking but there was no other explanation for how that particular piece had gone missing. They checked the house for any other important items that might be missing, but either there wasn’t or they didn’t notice.

More years passed and that move was well and truly in the past, gone and forgotten. The couple, finding a few extra minutes to play with, decided to wander around a local thrift shop. It was there that something unbelievable happened. As the couple was about to leave, Angelica sudden stopped and pointed straight at something.

It was too much of a coincidence to be real, hanging proudly on a shop hanger. He knew immediately that this strangely familiar uniform had been his all those years ago. Here was where that neatly hung and cherished piece of his past had found it’s way to. It was incredible to see it again.

“I looked through the shop and when we got ready to leave, my wife points out my uniform,” Xenos said. “I was stunned … how did it get here? But I knew it was mine for sure.” Fueled by sheer excitement and adrenalin, Xenos went straight to the owner of the shop, Rick Freels to tell him the incredible story.

“I asked the owner Rick where it came from and explained it was mine and how I lost it a while back,” Xenos said. He pulled out his phone and found a picture of him in the uniform to back up his claim. There was no question about it, he had to have the uniform back but when he asked how much it would cost to buy it he got an answer he wasn’t expecting.

Just knowing where the uniform had gotten to all these years and that it was still intact and in great condition put his mind and heart at ease. He was more than happy to have the uniform back in his family and in his home, and this time he had special plans for the clothes too.

“He earned that uniform and was obviously proud of it, and he allowed me to be blessed and return it to him, the rightful owner,” Rick later wrote on Facebook. “So just goes to show you, you never know what a day might bring, who you might meet and what can happen! Thank you for your service, Sir!”

“People come in looking, sometimes they don’t know what they are looking for until they find it,” Rick said. “These things all meant something, to somebody at some time. They all had worth and value to somebody.” Luckily this treasure found it’s way back to the person who valued it the most.

I Am So Grateful!

“I am so grateful to have my original uniform with all my awards and my Beret returned to me,” Xenos said. “Thank you guys at Mill Creek Antique Mall. You guys made my year!!” This time around Xenos plans to make a shadow box in which to keep his precious medals and awards. The uniform will continue to be preserved in a garment bag.

It is simply amazing how many people are finding old, heirloom mementos and keepsakes in antique and thrift stores around the country and even more amazingly the stories behind how these articles find their way back to the people they belonged to. Perhaps we should all take some time to stroll around one sometime soon.