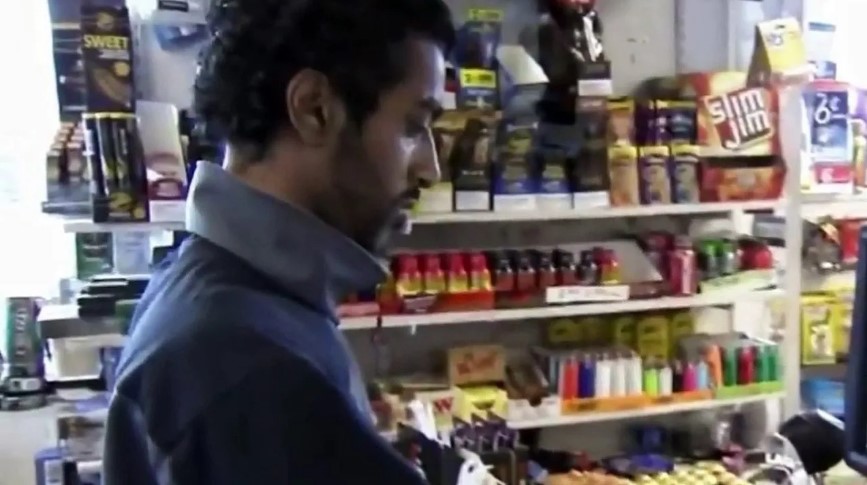 She walked in front of him as though she was free, but she was far from a person able to make her own decisions. Her heart had started beating quickly again at the thought of rescue, but inside she knew it would never come.
He would take everything she owned and no one could help her. Her only hope was someone who could read her mind, and what were the chances of that happening? 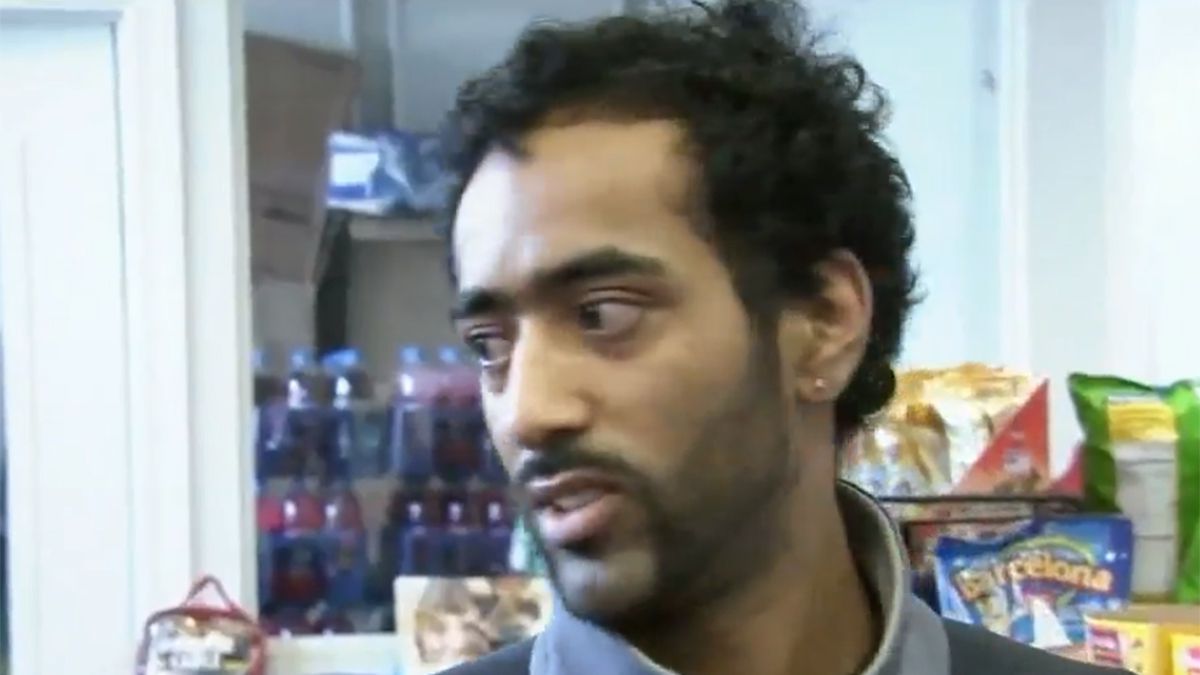 They entered the convenience store, her first as he had directed her, just a few strides ahead. He promised that if she acted like nothing was wrong he would let her go. Not that she believed him, but what choice did she have anymore?
She just couldn’t bring herself to fight back. If there was the slightest chance that she could get out of this she had to try. She kept on walking.

Today It Was Her 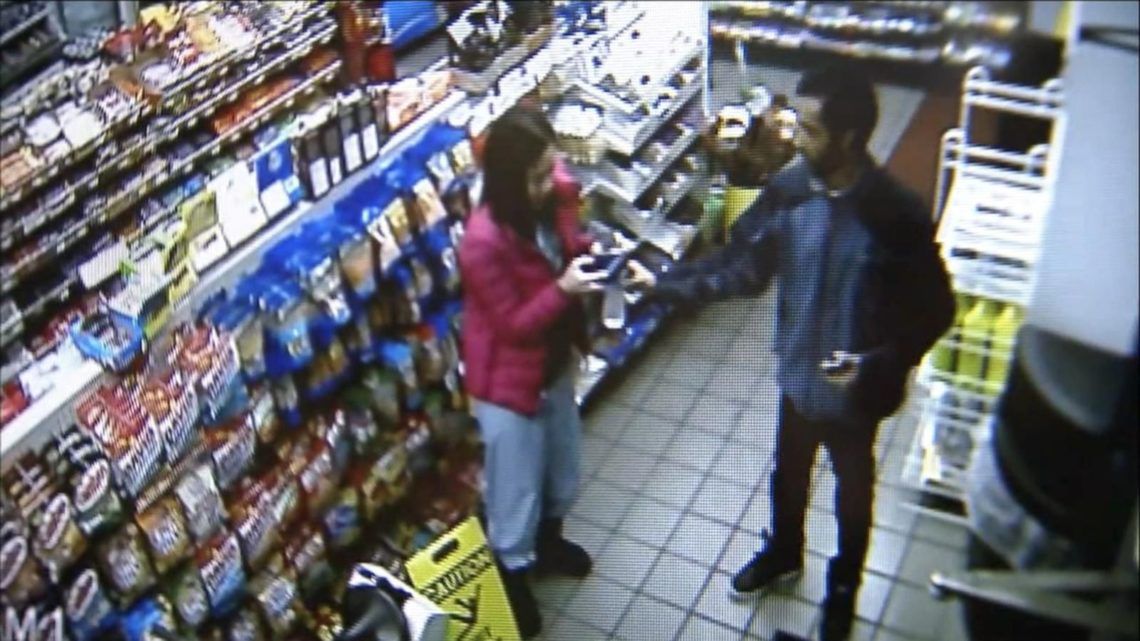 It had started out as a normal day getting to work. Thinking about the long hours ahead of her at Pennsylvania Hospital in the city, but she didn’t realize that she would never make it in the front door.
Waiting in the parking lot of the hospital was a money-hungry thug waiting to take advantage of an unsuspecting woman. Unfortunately, today that woman was her. She entered the gas station store as she had done at gas stations and shops all around town the entire day today. No one picked up that he had been forcing her to drive to different ATMs around town to take out as much money as she possibly could from her bank accounts.
He’d threatened her with a weapon, and although she hadn’t seen one yet, she didn’t want to take the risk.


The Money Runs Out 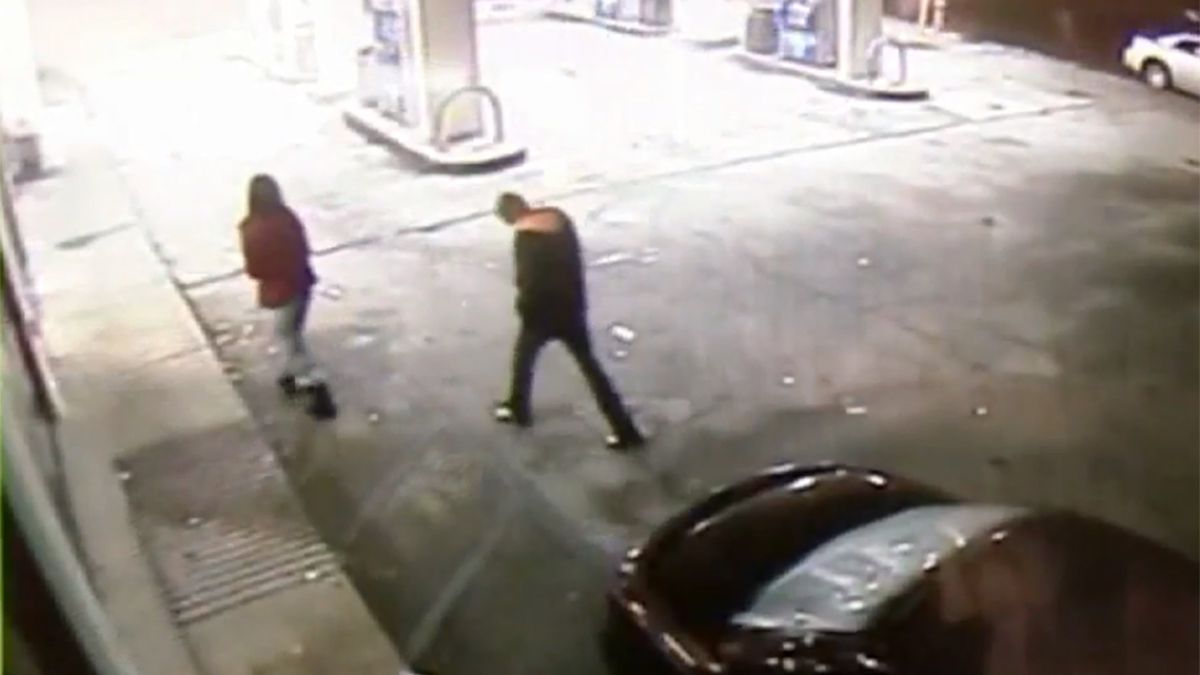 He acted friendly to the gas station clerk, giving him a small wave as he entered behind her, blocking her only escape route. She kept her head down and went straight to the ATM to draw whatever she could.
Her heart stopped. “DECLINED,” the machine screamed at her. What now? What would he do now that she had no more money to give him?

It seems he’d thought of that already and gestured for her to come up to the counter. He was being so nice to the guy behind the counter. Smiling like everything was right with the world. How could he? Couldn’t everyone see that nothing could ever be alright? Why could nobody see that she wasn’t alright?
He asked for a pack of cigarettes and moved out of the way of the card machine. She stepped into the space he left, inserting her card to pay. 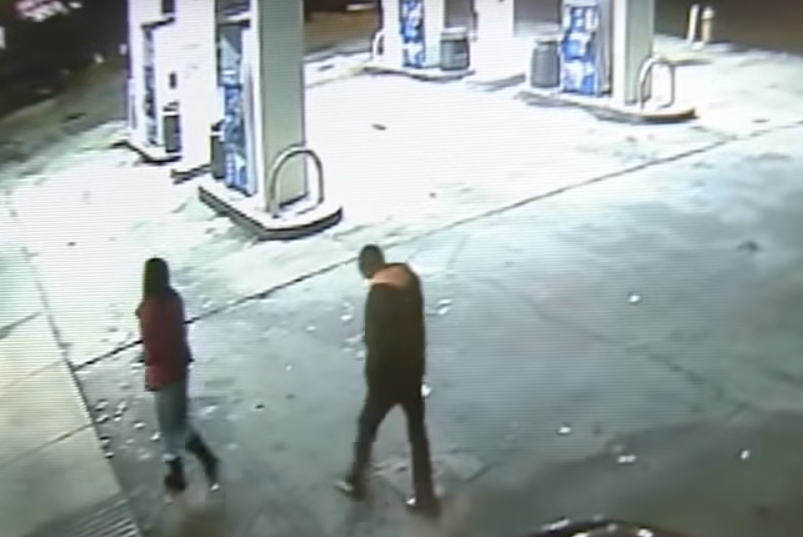 She didn’t see anything odd about the way the gas station clerk looked at them and now that the transaction was complete the man next to her guided her to turn around and head towards the door, this time he stayed in front of her, again blocking her way in case she decided to run for it.
He exited the store and that’s when she felt a hand on her shoulder. 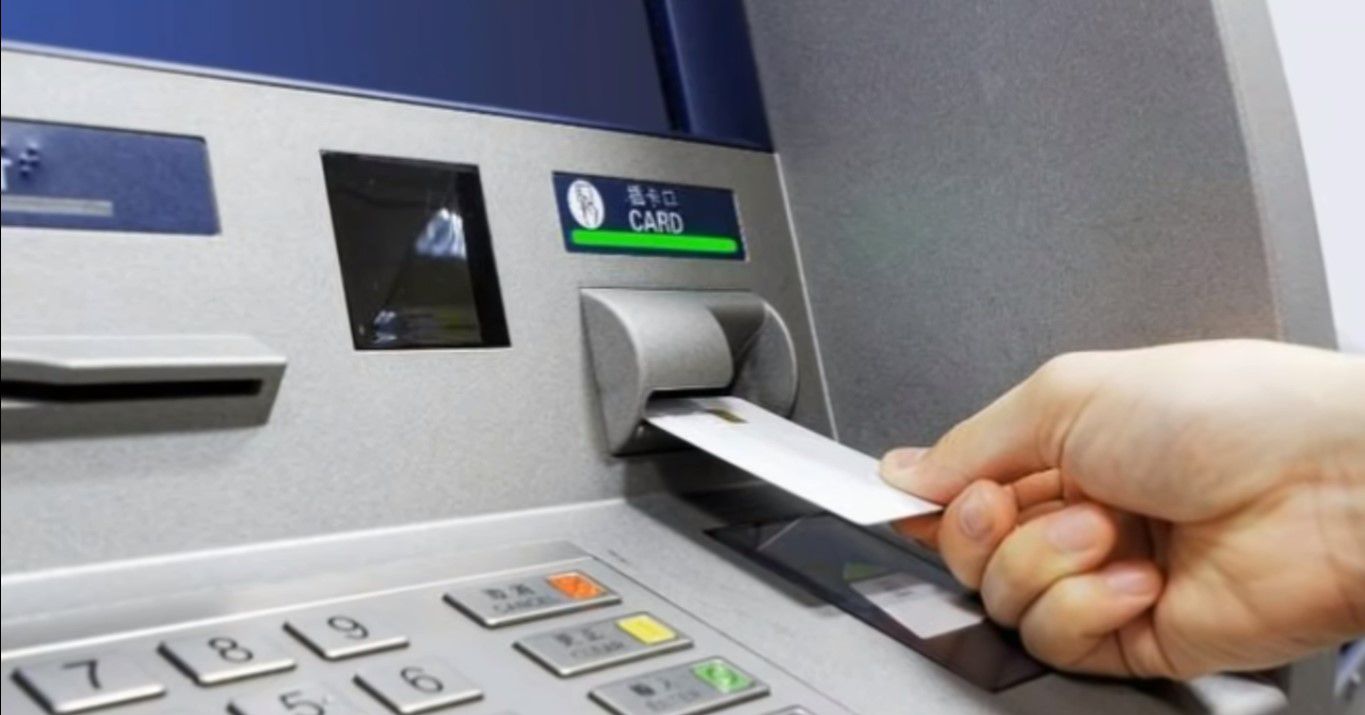 She barely jumped, her nerves were so raw from being carted around, watching her money being taken, stop after stop, after stop. It was the guy from behind the counter, he whispered: “Get behind me, I’ll help you, no problem.”
She stopped dead and something inside her brain made her take a step backward, she moved behind the clerk as he stepped outside.


What Was Their Relationship?

He had no idea what was happening or the relationship between them, but he realized something was wrong and he somehow knew that she needed help.
The first huge step was putting her behind him. She felt numb, like her choices weren’t her own, but she had his body protecting her from the man outside. The cashier took a step outside and closed the door between the man and woman. What would happen now? 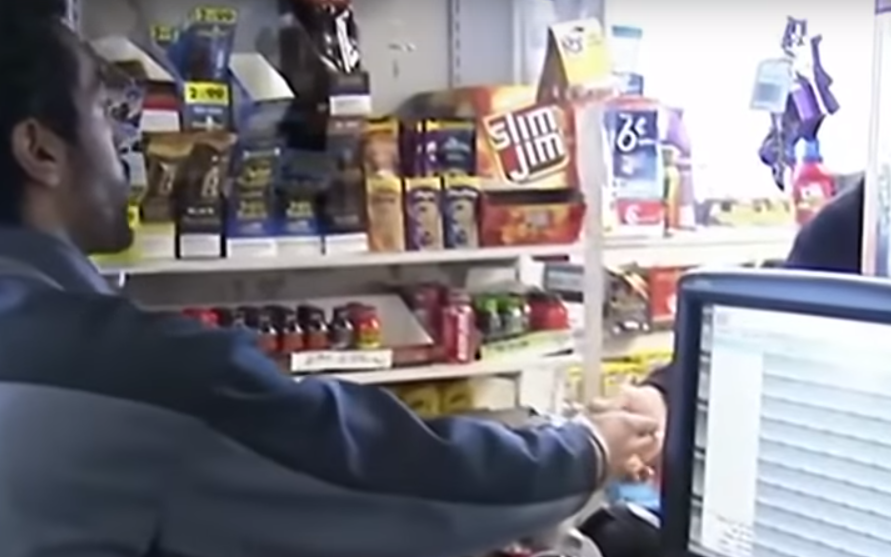 Manveer was the man working that evening and he had seen the woman shaking and the despondent look in her eyes. He knew something was wrong, but what exactly? Was she not here by choice? Whatever the matter was he acted immediately by getting physically between the two.
When that was done, and she had made no effort to change his decision, Manveer knew the man was up to no good.


He Left Her Inside

Manveer left the woman inside and carefully closed the door between them, he then slowly moved towards the man. Having no idea what the problem was he could be getting himself involved in some really scary.
The unknown man made a turn and began returning to the store once he realized his captor was no longer following him. But Manveer stood in his way.


Sizing Each Other Up

The man stopped and they looked each other up and down, sizing each other up. What would give either one the advantage, they both seemed to be wondering at the same time, but it was the crook who put his hand into his jacket pocket as though he was about to draw a weapon.
Manveer stopped dead still but did not back off and that when the man did something out of character.

He fled… The man who the police later found to be the kidnapper of the woman inside Manveer’s store turned on a dime and ran for the car.
He got in and sped away, taking the woman’s money, phone, and car with him. Manveer hadn’t managed to save her possessions, but she will never stop thanking him for saving her life. And the good news doesn’t end there. The woman was still mute when 25-year-old Manveer returned to the shop. He pulled cold water out the refrigerator and handed it to her. She gratefully accepted the water and even tried to get some money out to pay for it, but he showed her that he didn’t want anything for it.
When he finally got her to talk about what had happened he was taken aback.

The 40-year-old woman had been carjacked on her way to work and made to travel from place to place by her captor, drawing money and buying him whatever he demanded.
He had threatened her with harm if she didn’t do as he said… And now he had all of her belongings, including her cell phone, she couldn’t even call the police for help.

Instead, Manveer called the cops and when they arrived they asked to see the security cameras. After witnessing everything that took place they got all of the woman’s details and did something amazing.
They tracked the cell phone and got a location of where the kidnapping hijacker was. It seems it was a very good thing that Manveer couldn’t get her phone back.


Not The Only One

The suspect was tracked and apprehended by the police later that very week with all of the woman’s possessions and the full weight of the law has been put upon him.
He has since been charged with multiple offenses related to the case. Kidnapping and theft among the abundant offenses he committed on this woman, and others. 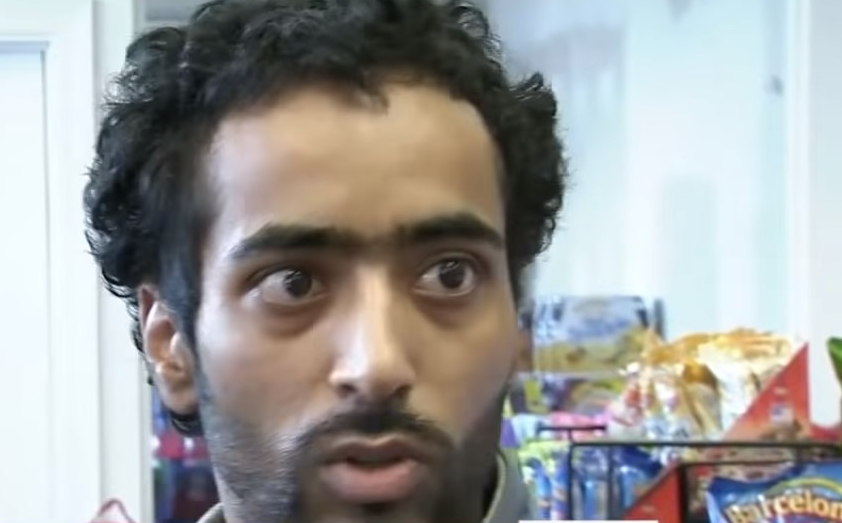 When relating the encounter to the police later that evening, Komer said he had told the man to return the credit card and the car keys to the woman but that he had declined, and for a few moments he thought the man might attack him because he put his hand into his jacket as though he was about to draw a weapon.
But, clearly, he didn’t have one because instead, he fled in the woman’s car. 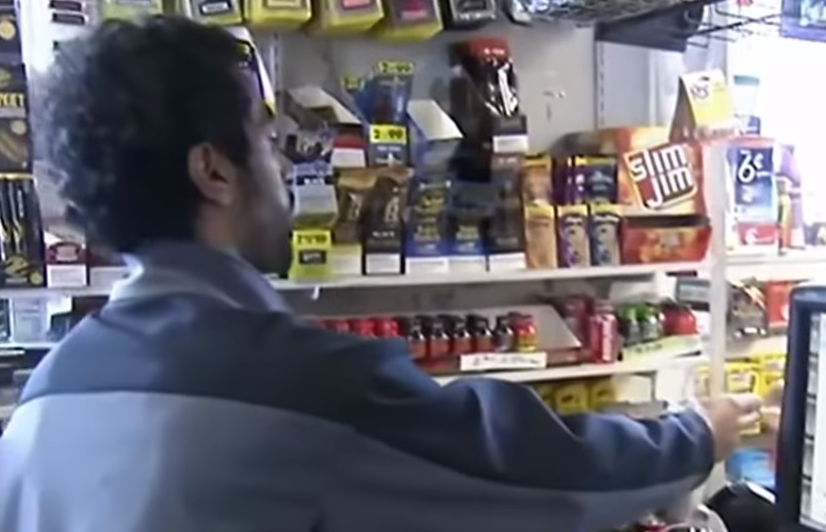 Manveer Komer, an employee at a store in the Port Richmond neighborhood, Philadelphia, is a hero for his bravery and for putting a total stranger before his own safety on nothing more than a very lucky hunch.
Ask yourself, would you have the courage of this young man if you were in the same situation? The man has pleaded guilty in federal court to kidnapping two women in November and forcing them to withdraw money from ATM machines. ‘I was looking. This is not a boyfriend, not a girlfriend,’ he said. Komer’s quick thinking and bravery probably saved this woman’s life. You never know when you might be called upon to be a hero. The important thing is that you do the right thing at the moment, even if it’s scary or hard. Manveer didn’t plan to be a hero, but to this woman, he always will be.
Nathaniel Rodriguez, 41, faces a possible life sentence, the U.S. Attorney’s Office announced Tuesday.
Must Read
European Space Agency Budget Increases By 10 Billion For The Next 3 Years
Artemis 1 Finally Launches: What It Means For Space Travel And Exploration
Clam Species Presumed Extinct For 40,000 Years Has Been Found Alive