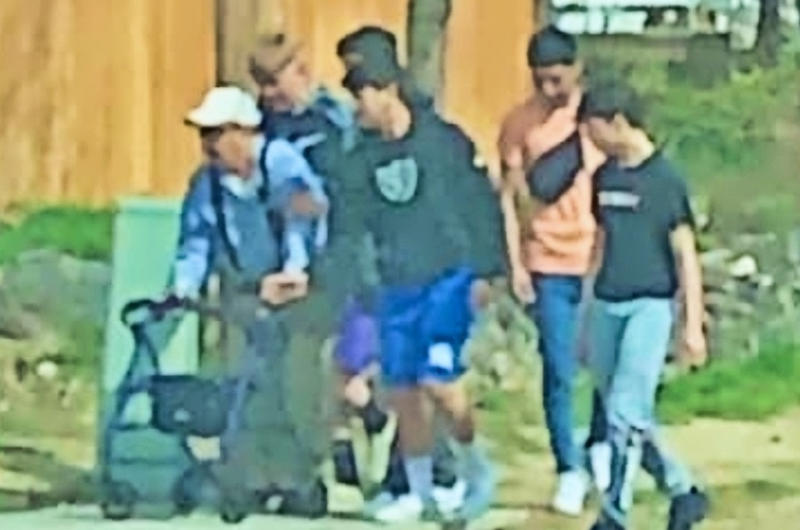 It didn’t appear that the homeowners had any qualms with him. At least he never saw them even step outside.

But there was a strange sight to behold, the pack of elderly people gathering at an intersection for hours on end. But the look the old man had on his face gave him reason for concern. 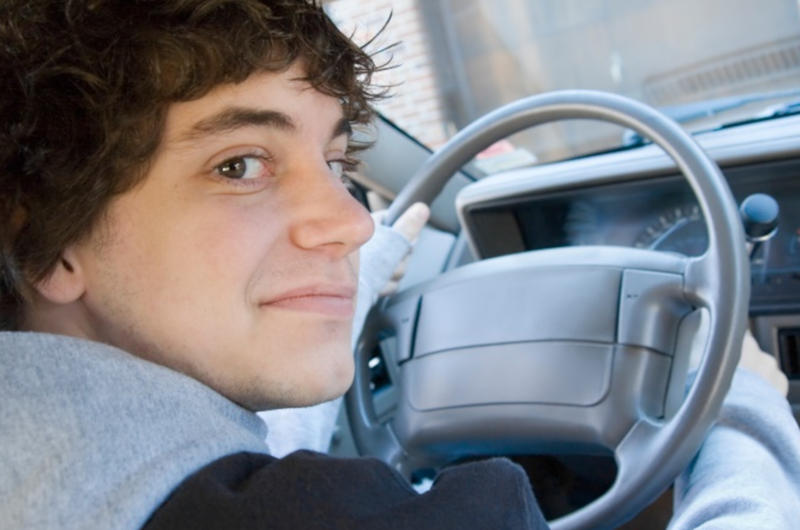 Even though the car was far from new, Eric loved his Nissan that was on deaths door, it was a car, so he was happy.

What made him love it more what that he had paid for it himself as soon as he got his license. His friends were envious but got plenty of free rides so they didn’t mention it. But one day they stumbled upon something strange. 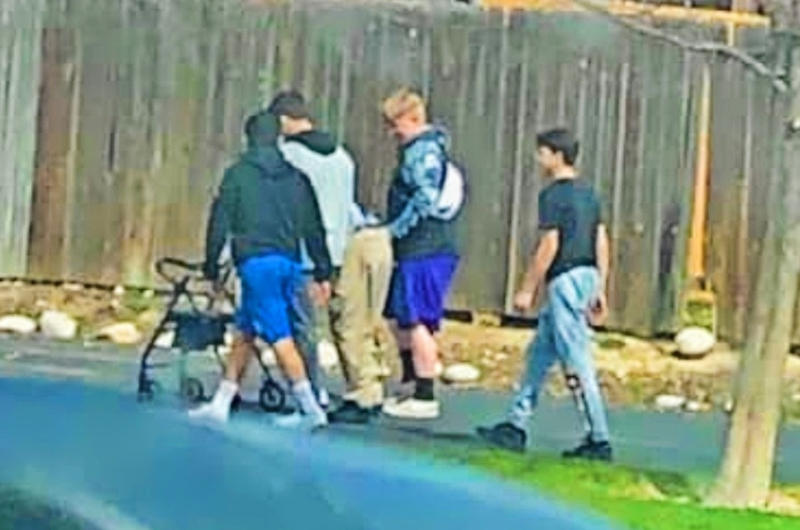 The man was staring into nothing while he leaned on his beat up walker. He was under the shade of the maple tree, but what was he doing?

Eric got to the intersection and couldn’t help but look at him. Something wasn’t right, so he decided to check and see if he could help. 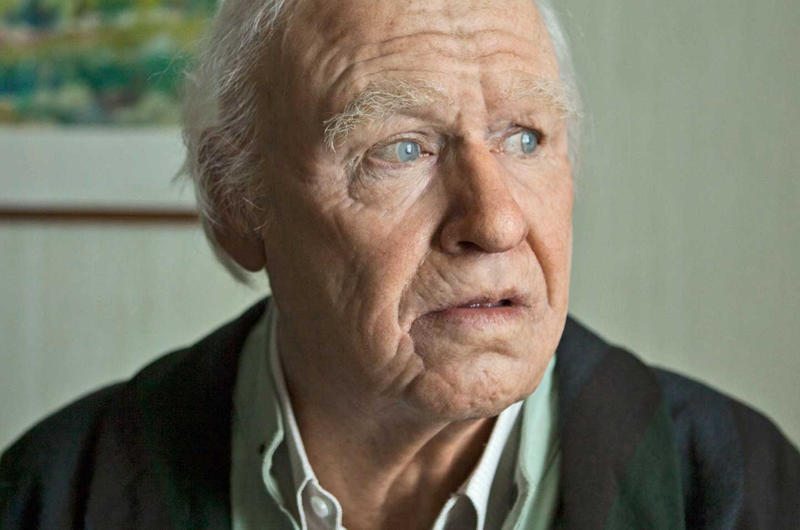 Eric opened his mouth and simply asked, “You okay, sir?”

The man came out of his stupor and looked at him with an empty smile. Trying to give off the impression that nothing was wrong. Eric wanted to keep talking to him but the car behind him honked their horn and he was forced to move on. He still thought about the old man though. 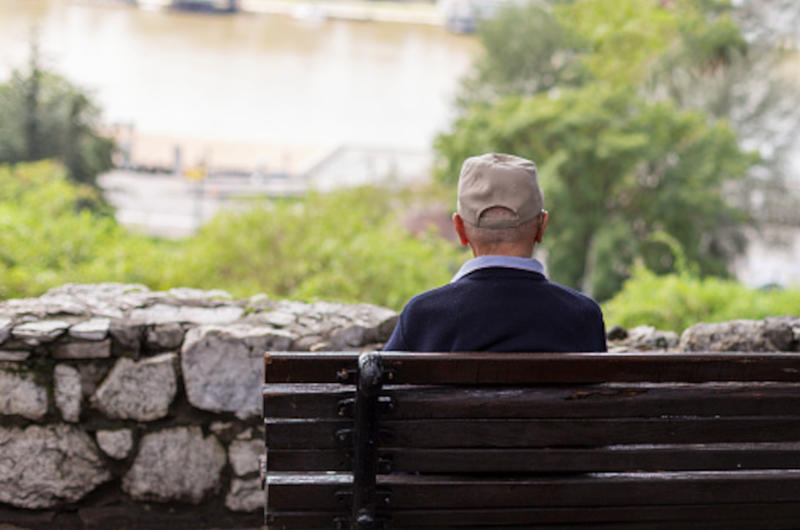 Only a week later, Eric had to take the same route … and there, under the same tree was the man – just staring at the old blue house.

What was going on? Eric had watched his grandmother slip away into dementia, and worried maybe the same thing was going on here. But how would he know for sure? 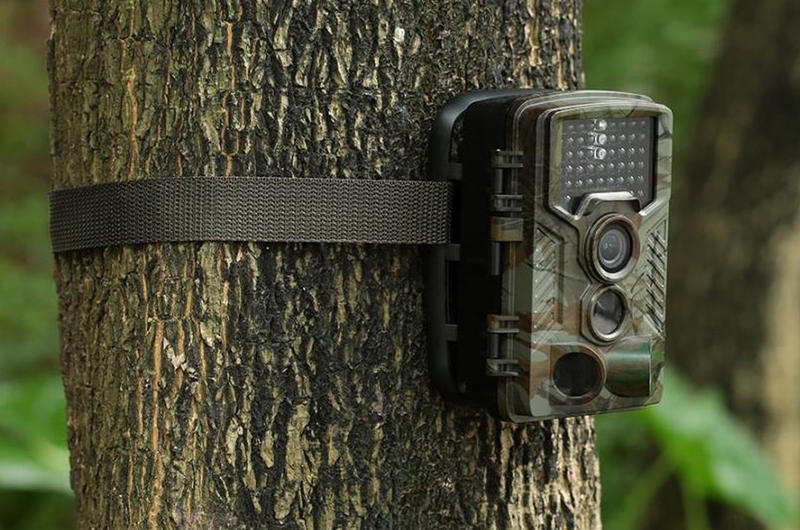 Thanks to one of his more tech-minded friends, the came up with a simple idea – hide a camera nearby so they could see what was really going on without having to burn time and gas.

The cloak and dagger solution felt sketchy, but Eric just had to know. The days rolled by, and a pattern emerged. 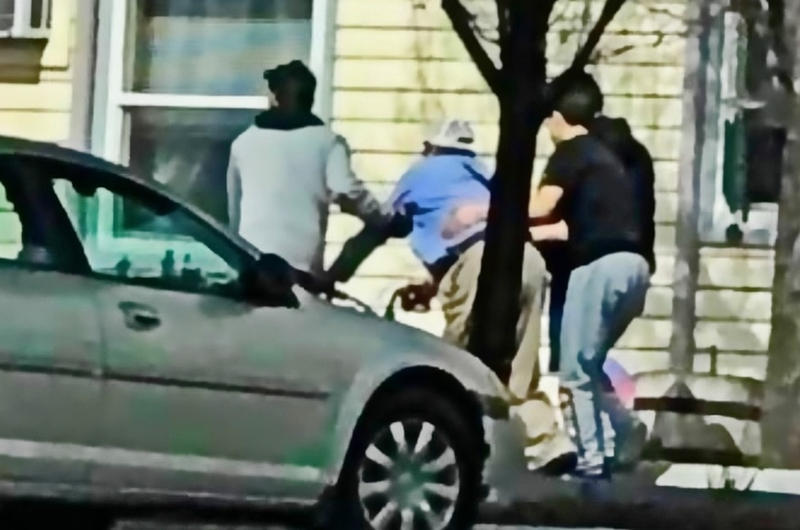 It was nearly every day, the old man would slowly hobble from a nearby bus stop, down the street, and stand right on the corner.

He would stare at the house for hours, sometimes sitting to eat and apple or just sitting under the tree for shade. Every time, however, there seemed to be a glint of sadness. 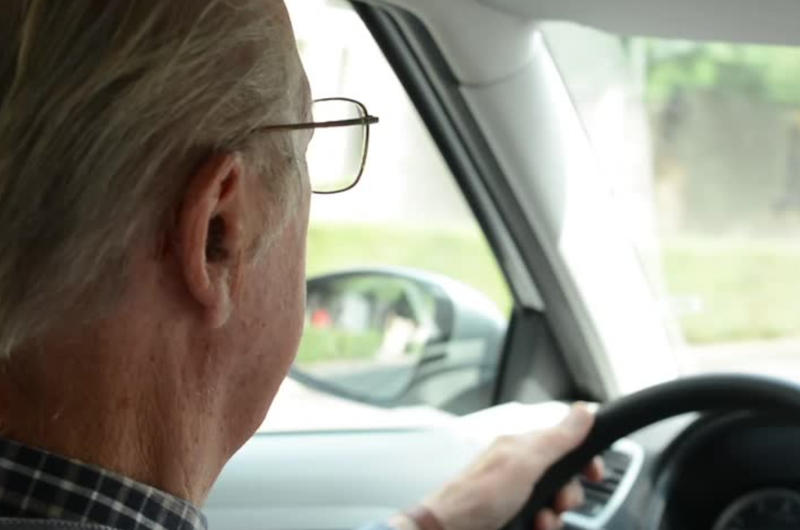 That was it. The camera left them with more questions than answers. So, he hopped in his car, determined for find out the truth.

Sure enough, only a few days later, the man was there again. Eric pulled over and slowly walked towards the daydreaming senior. “Sir, are you okay?” The man slowly looked up at Eric and spark of recognition flashed through his eyes.

“Ah, the young man from the car.” He couldn’t believe it. He remembered him! The rest of the conversation would be something he would remember for the rest of his life. 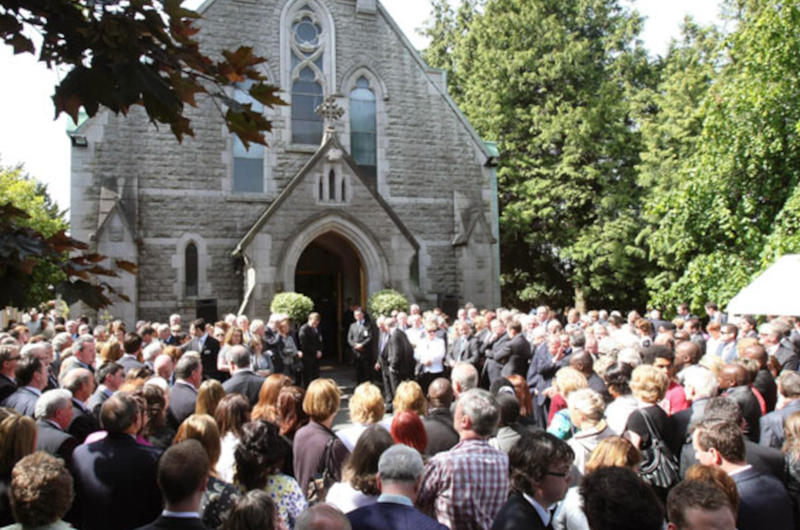 The old man wasn’t senile at all. In fact, he was quite sharp and well spoken.

And the reason he was out there so often? The house in question was the place the man and his wife had lived, but he had lost her from cancer many years ago. The hospital bills had broken him. 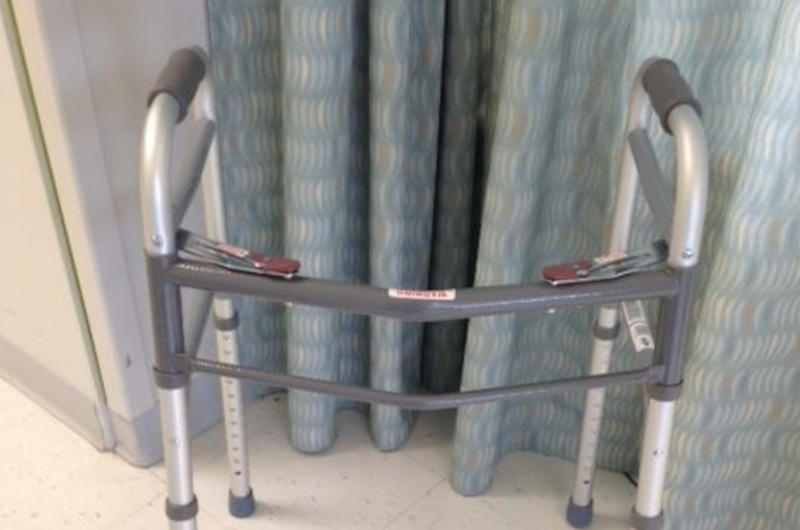 But that wasn’t all. Even after fighting for her to stay alive, she ended up slipping away and the old man was all alone.

He never had the heart to remarry, and they never had kids. Because of the bills, he had also been forced to move away. He came to the spot to be closer to his late wife. 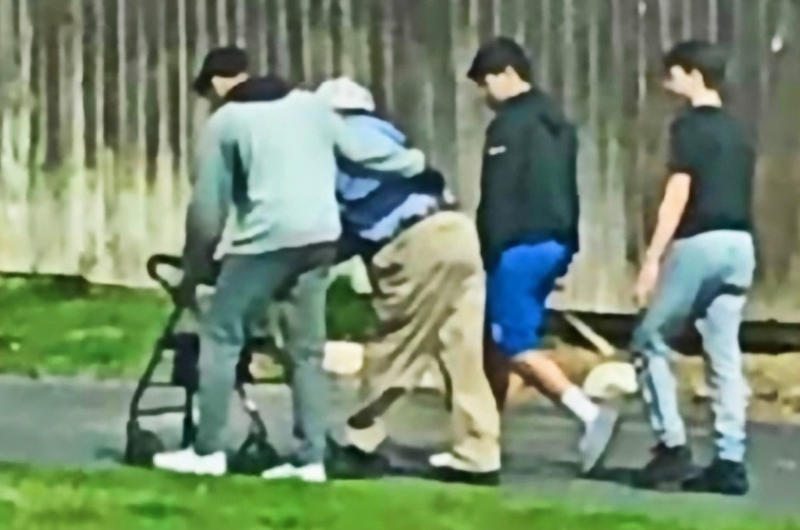 Eric had to sit down.

He was young and hadn’t experienced life the same way, but that didn’t mean he couldn’t feel a painful stab of sympathy. His grandmother had the entire family to help her. But it seemed this man had no one. Then and there, he made a decision. 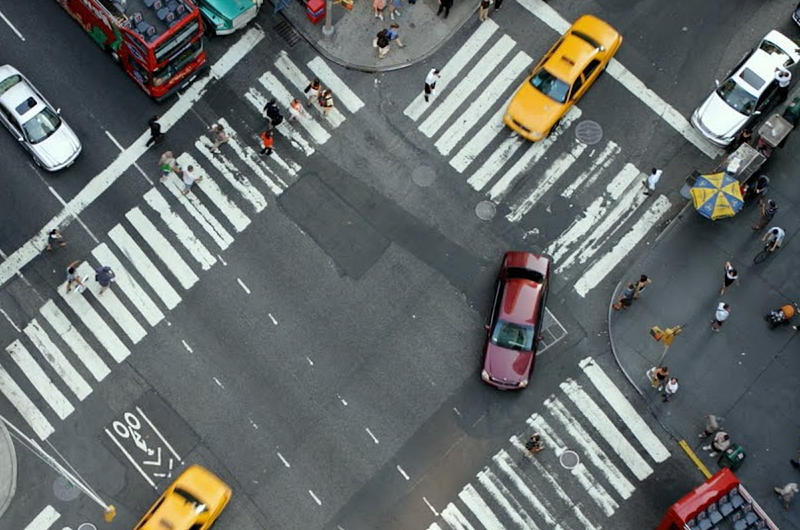 At first, the man insisted it wasn’t necessary, but after only a few rides, Eric noticed a shift in the man’s smile.

There was light in there and joy. They would chat about Eric’s friends, school, family, and the girls he liked. The old man would chat about his past as well. It was an unexpected friendship. But that’s not all. 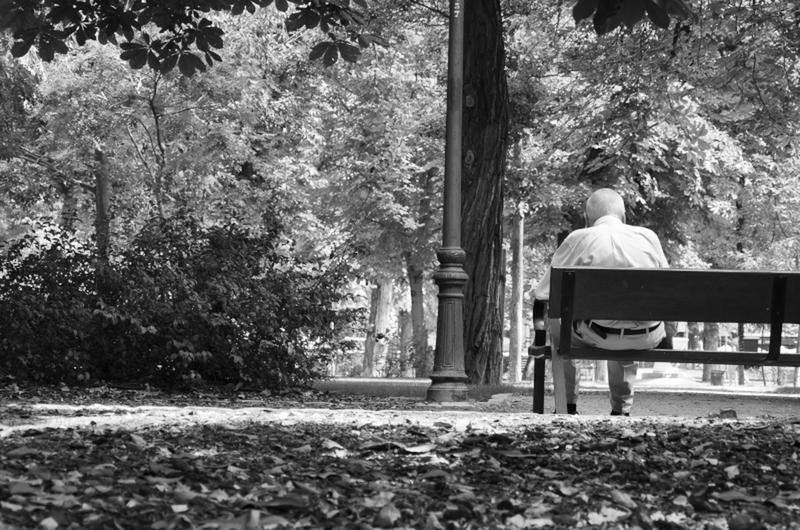 Eventually, the rides didn’t go to only the house.

They went to parks, lakes, coffeeshops, and other spots – sometimes just the two of them, sometimes with Eric’s friends. The people around them tried to make a big deal of it, but he insisted they shouldn’t. The old man’s smile was worth it every time