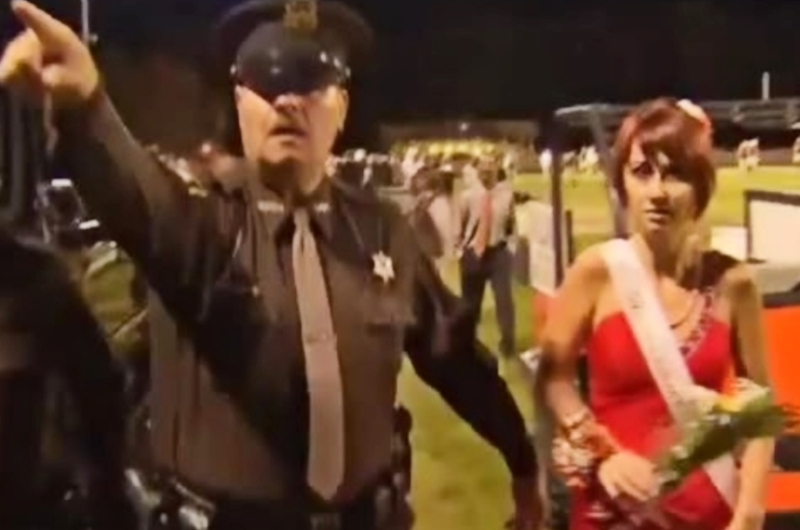 The pain was indescribable.

It sat right in her chest and made her feel like she would shatter into a million pieces. The laughing only made it worse. But, all the snickering, cruel people would soon find out that their plan would fail miserably, and she would take the field with her head held high. 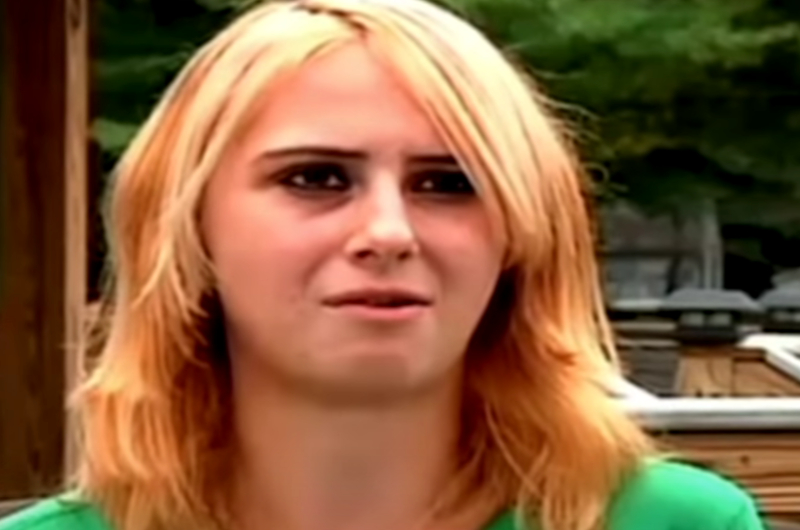 Whitney Kropp of Ogemaw Heights High School, Michigan, knew she was a little different from the classmates.

She dyed her hair vibrant colors and listened to music that definitely wasn’t mainstream. She was also a quiet girl who didn’t cause trouble. So, what happened during the homecoming votes took her completely by surprise. 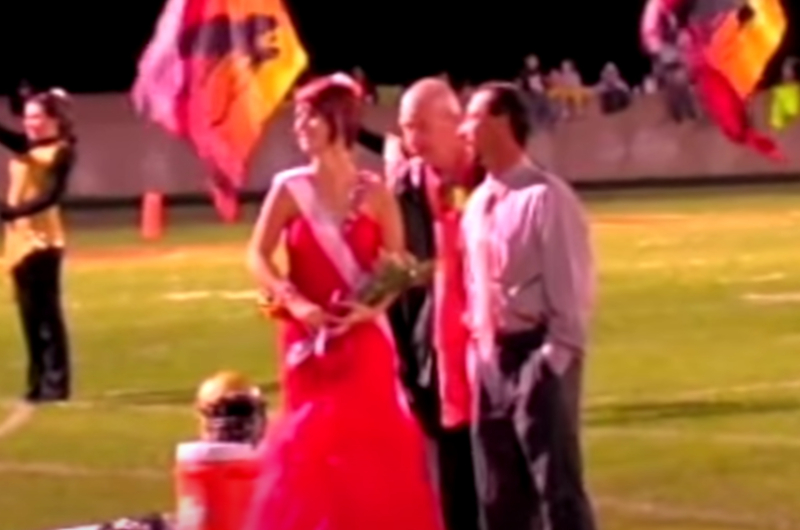 It started with the posted list of homecoming queen nominations.

Her heart skipped a beat when she saw her name and she dared to feel excited butterflies in her stomach. She only had a couple close friends. Who would have voted for her? The answer came during morning announcements the next day. 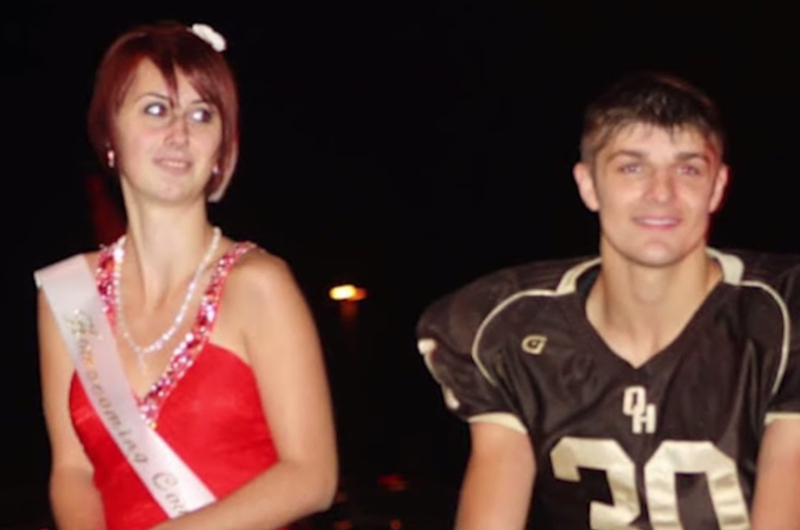 It was confirmed, Whitney was in the running!

It was like an explosion of happiness ignited in her chest. She had dreamed of the fancy dresses and slow dances, but now it might actually happen! However, her bubble of joy burst when she noticed nearly everyone in the classroom snickering and giggling … at her. 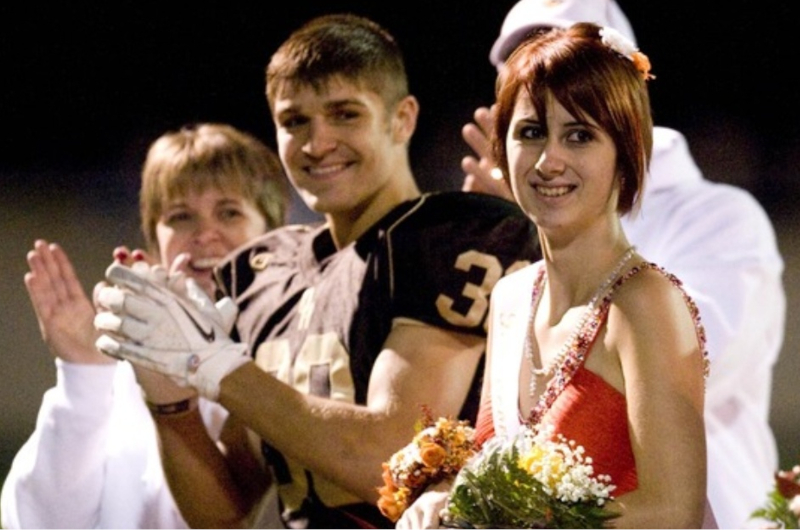 It didn’t take long to find out the devastating truth.

The nomination was a prank – and it only got worse when she found out that most of the students in her grade were in on the cruel joke. Images of silk and limos shattered into a million pieces. But that wasn’t all. 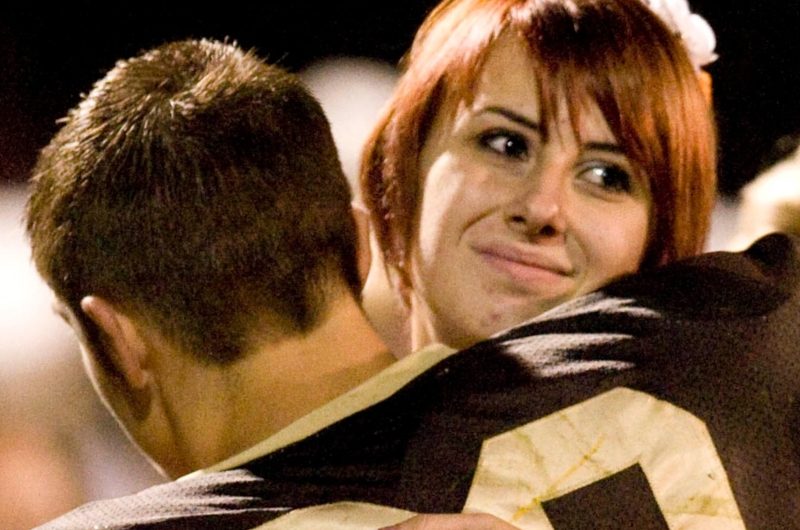 One of the homecoming king nominees backed out because there was “no way he was going to stand beside her if she won.”

It was like a knife in the gut. Whitney ran home and collapsed on her bed and bawled, feeling embarrassed, hurt, and questions what the point of life even was. 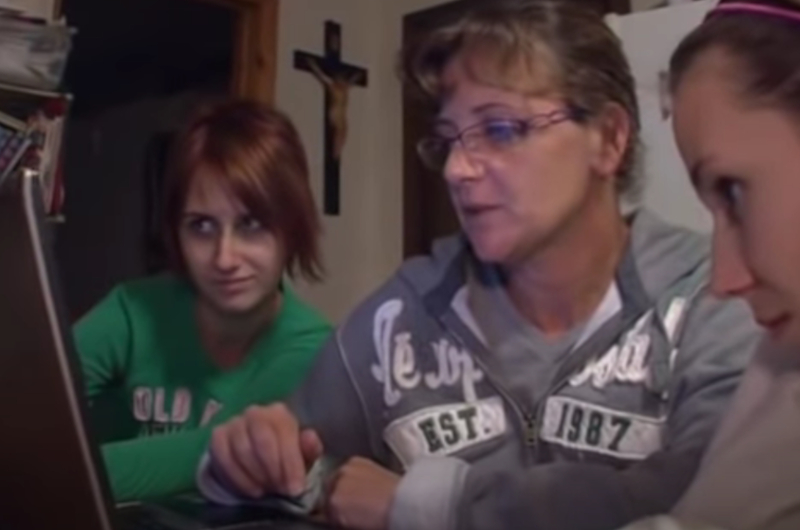 The turning pointed started as something simple – her family coming in and asking what was wrong.

When they heard about the horrific events, they banded together and insisted she continue on all the way to the royal coronation, just to spite her bullies and have the last laugh. But it wasn’t enough for Whitney. 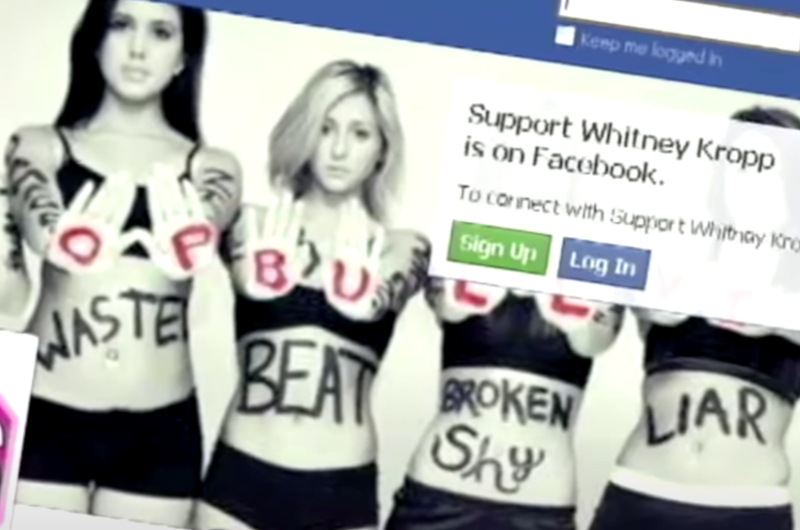 The idea of even going back to school made her sick to her stomach.

It wasn’t until her sister stepped in and made a Facebook support page, did the support from all over the country come flooding in and gave her the tiny boost of confidence to move forward. There were also more surprises on their way. 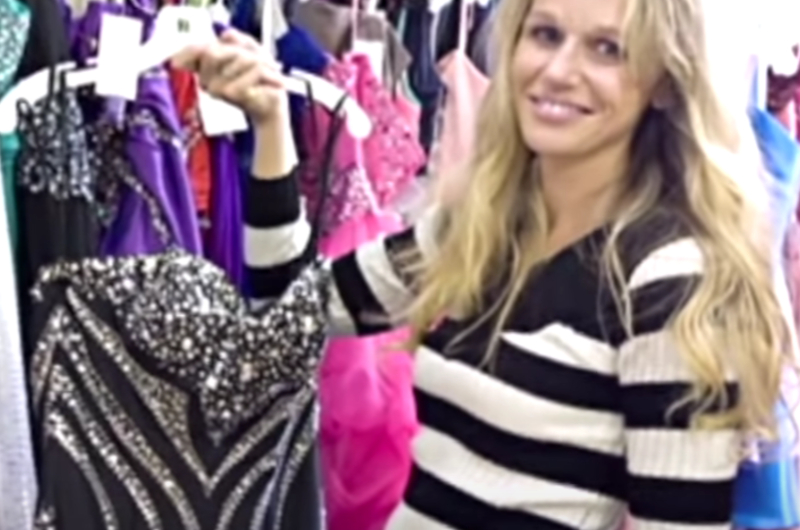 After hearing what happened, they wanted to donate whatever gown Whitey wanted. Next was a free makeover – from hair to cosmetics. Things went to national levels when she got offers for flowers from as far away as California. But there was still the matter of the actual even. Would the rest of the school be supportive? 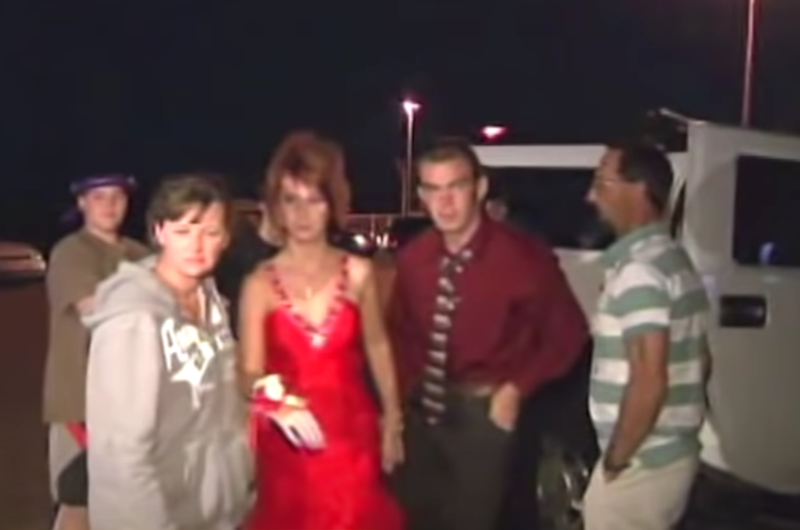 Whitney felt her hands shake as she got into the donated limo with her father and a few other family members.

The new red-carpet hairstyle and stunning gown were amazing. She felt like at true queen. But when the limo arrived and she opened the door, the sounds were deafening. 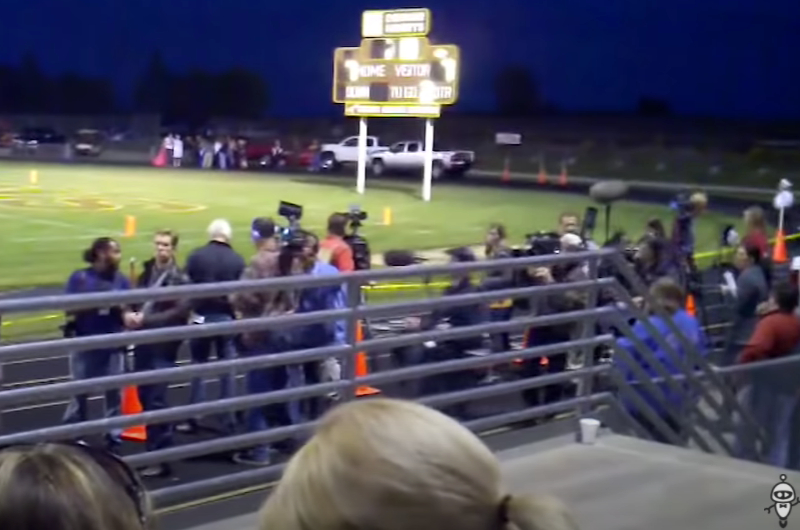 The bleachers were filled to the brim with students and families.

They held homemade signs of love and encouragement – while cheering at the top of their lungs … for her. The shock grew exponentially when she saw what the visiting football team had done. 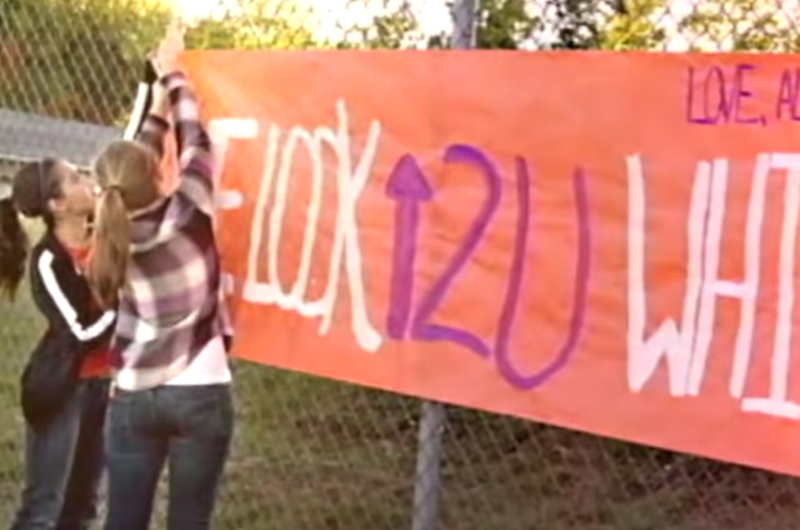 They had brought their own banners and signs to congratulate her and wish her the best.

These were strangers from a different town but were showing more kindness and support than most of her classmates she saw every day. The rush of happiness came back in full force, and it took all of her strength not to cry. 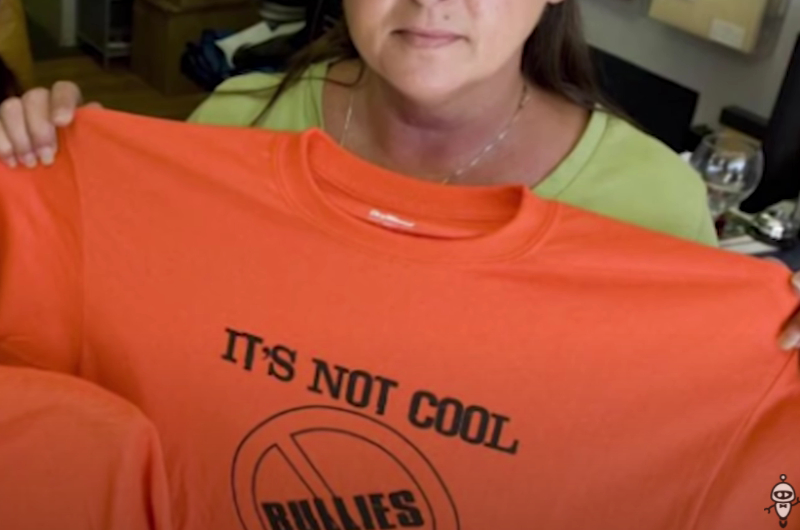 Aside from the signs, there was another amazing addition to the evening.

Whitney noticed a slew of orange t-shirts with anti-bullying messages. Everyone had come together to fight against the horrible prank. It was then, she realized something important. 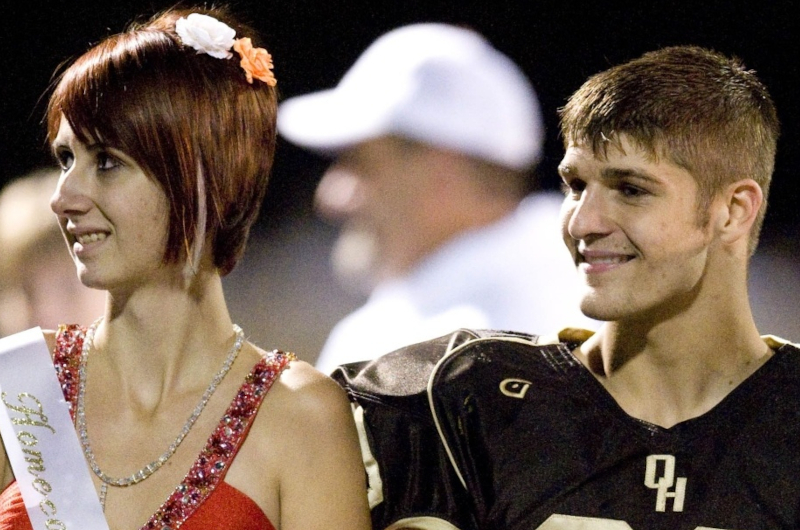 The night was amazing.

Holding the flowers, wearing the sash, and donning the crown were beautiful memories that would stay with her forever. But it was so much more than that. This was a moment she could send her own encouragement to others like her … to young people that felt crushed by their peers. 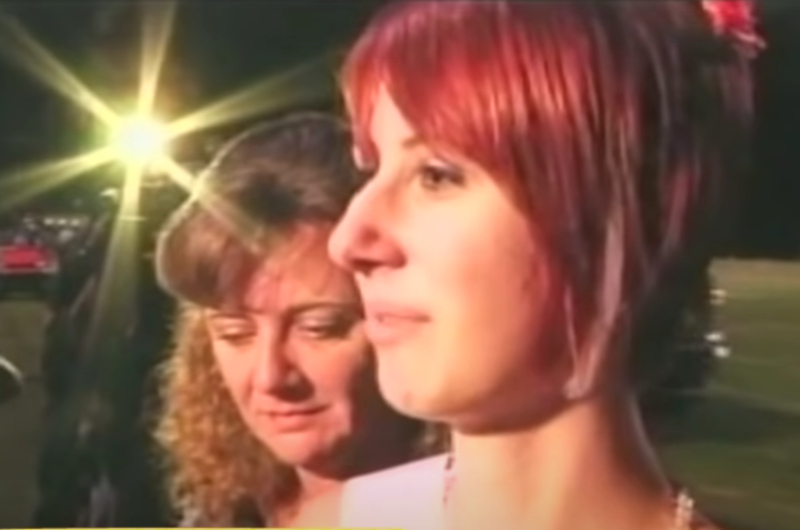 Not everyone would have the same support as she had received, so she would send her own.

“The kids that are bullying you, do not let them bring you down. Stand up for what you believe in and go with your heart and go with your gut.” There is more love in the world than there is hate.