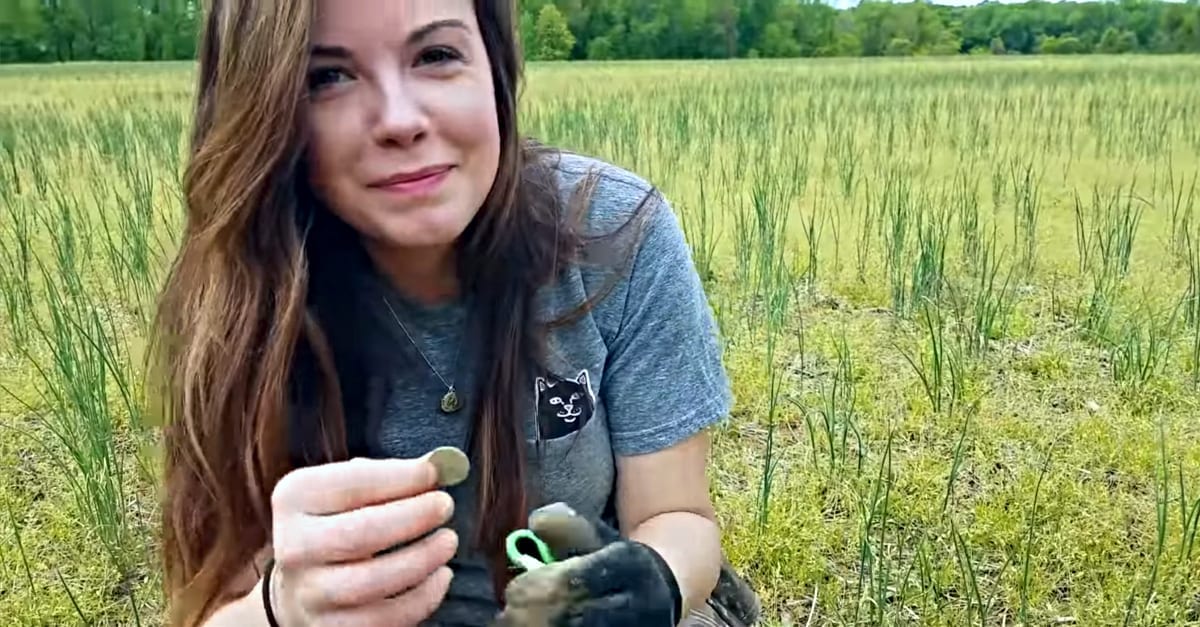 One of the things you could hardly expect to find while gardening is a 700-year-old coin. And yet fate decided that that’s exactly what would happen to one little girl. Kate Harding, a British citizen had decided to help her mother with some work in the garden when she was just 9 years old. She was playing in the dirt when she discovered the old silver coin.

But she couldn’t have imagined that her lucky find would bring the authorities to her door years later. 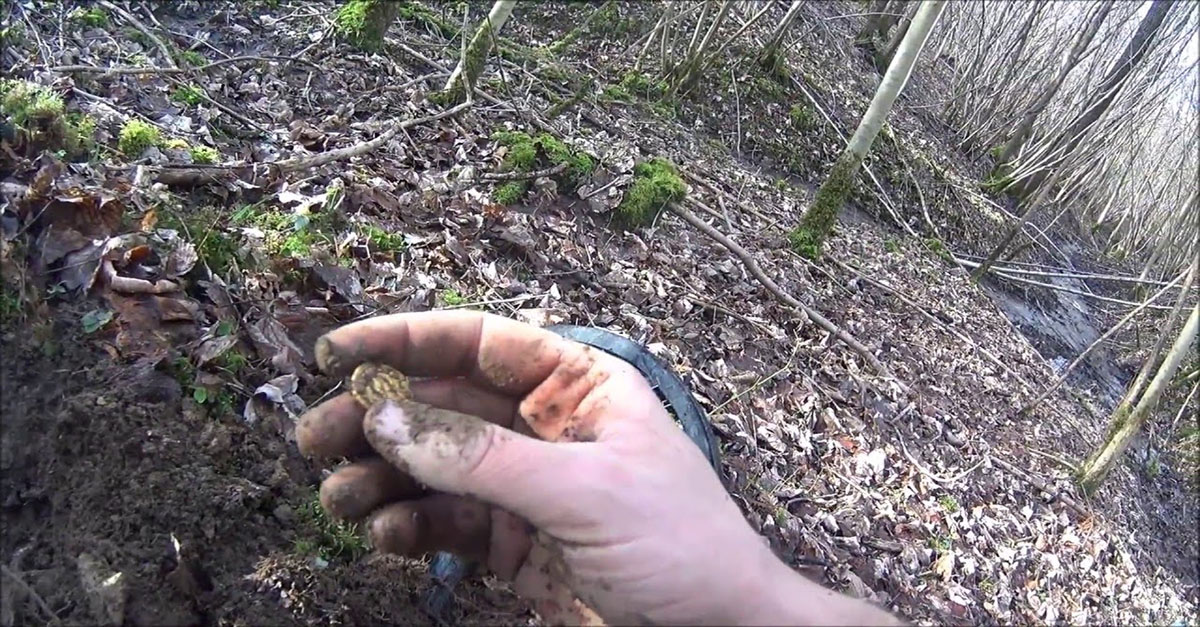 At the time, the little girl didn’t think much of the coin. However, she saved it and didn’t talk to anybody about it. Unfortunately, Kate’s mother passed away a few months later and her life turned to turmoil.

Kate kept the coin as it always reminded her of her mother in the garden; these were fond memories for her to hang onto. But it wasn’t until 14 years later that Kate’s interest in the coin grew. 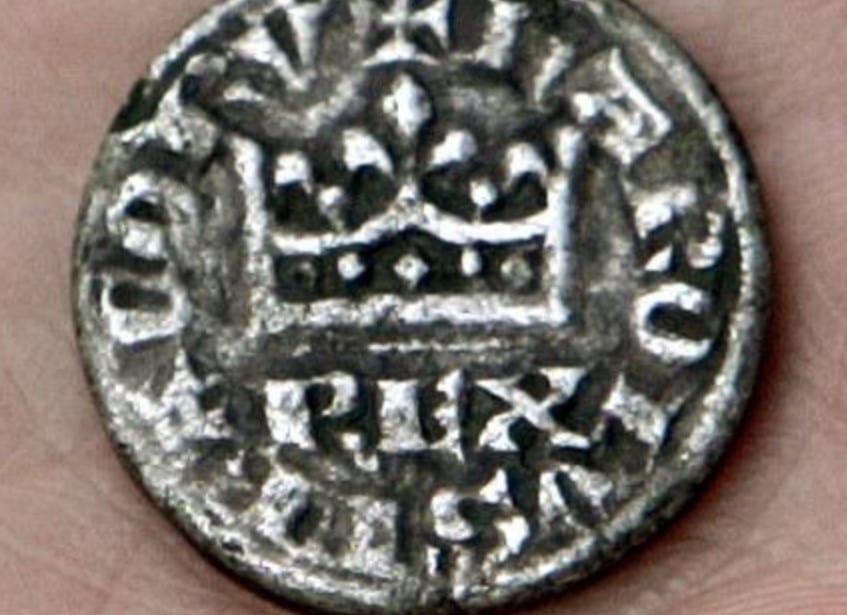 Kate had never found any information about the coin growing up. She was now 23 years old and wanted to find out exactly what this coin was and where it was from.

She approached museum experts to try to get a better understanding of the history behind the coin. Little did she know, she was getting herself into trouble. 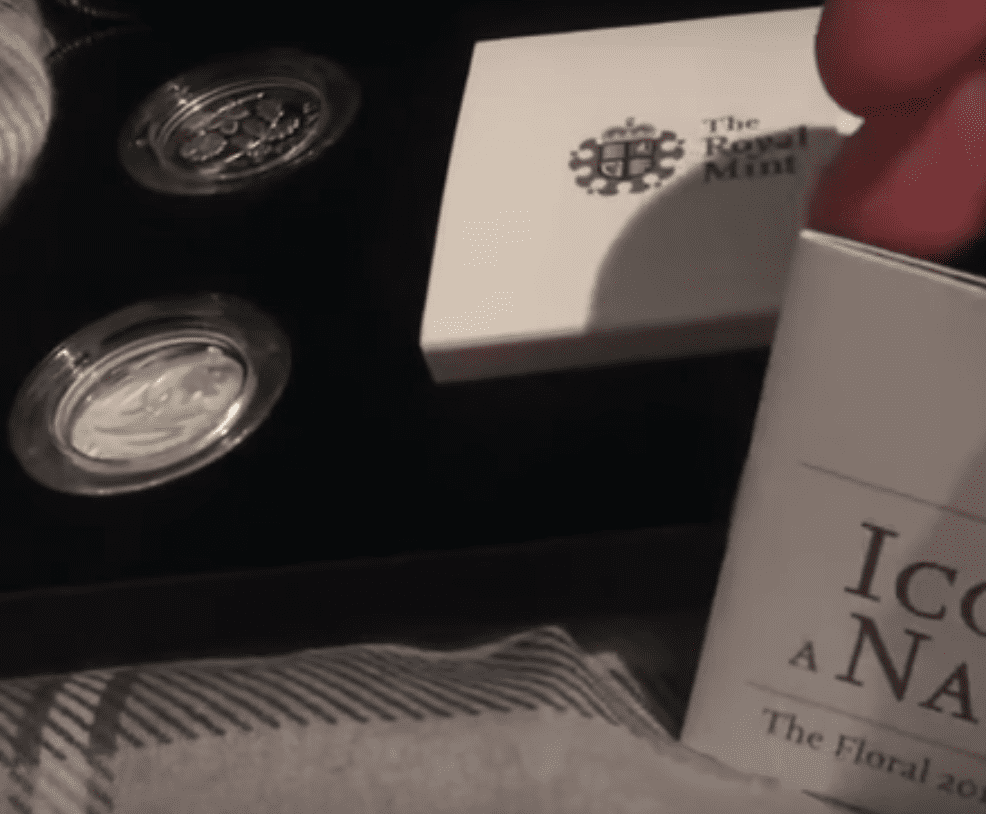 Experts examined Kate’s unusual find and told her that the memento she had been hanging onto for so long wasn’t actually a coin at all. Although this “coin” was never used as currency, it was worth a lot more than she had ever imagined. In fact, only four had ever been found in the UK.

You’d think that this would be good news, but you’d be wrong.

Not A Coin At All

Experts at the museum told her that what she had found was a rare piedfort, which looks deceptively similar to a coin. Only piedforts weigh about twice as much as a coin and they are about twice as thick.

Naturally, Kate was overjoyed to hear that her precious piece of treasure was valuable. But her elation was short-lived. 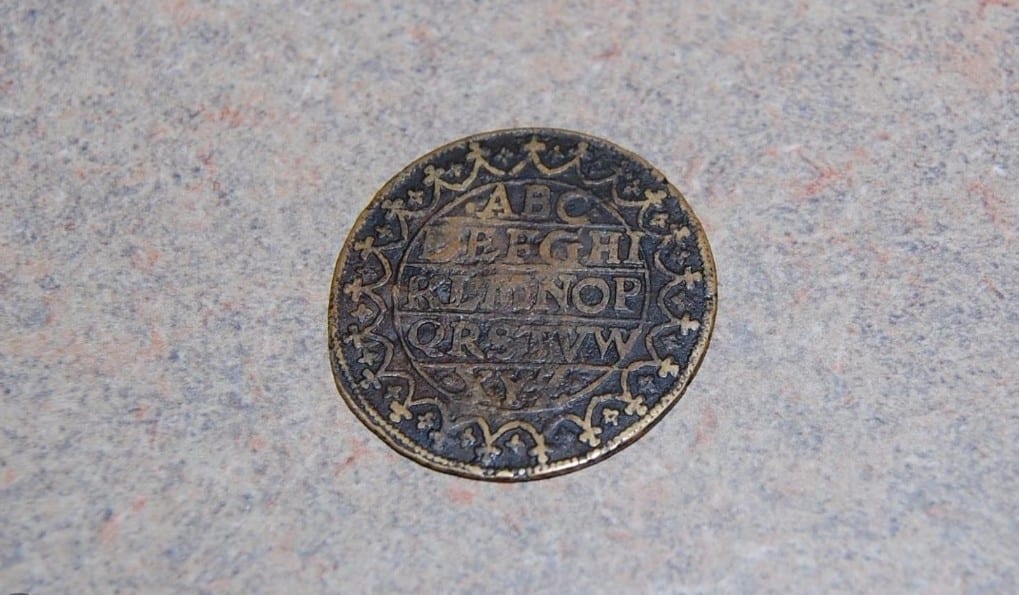 Although the exact use of piedforts is unknown, historians believe that they were used as guides for mint workers or as reckoning counters for officials.

Kate’s particular coin was a representative object marking Charles IV’s ascension to the French throne in 1322, making it extremely rare and over 700 years old. Kate’s head was so abuzz with this detail that she should have been paying more attention to what the museum staff told her next. 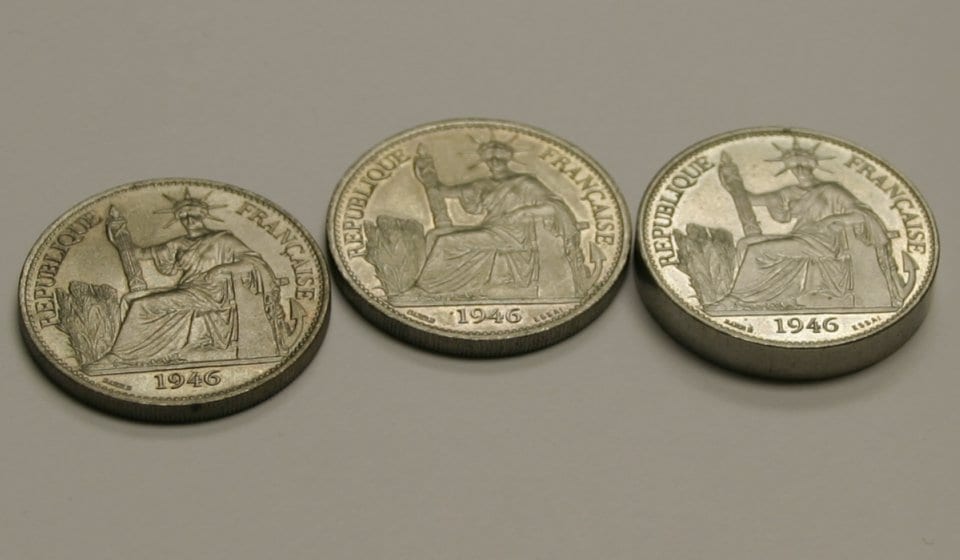 The rare piedfort was valued at around $3,000. But although Kate’s head swam when she was finally told the value of her childhood find, she knew right then and there that she wouldn’t part with it for the world.

The sentimental value of the piece was worth far more than money – she’d kept it close for all these years because looking at it made her feel closer to her mother. But the authorities, unfortunately, wouldn’t share her sentiment. 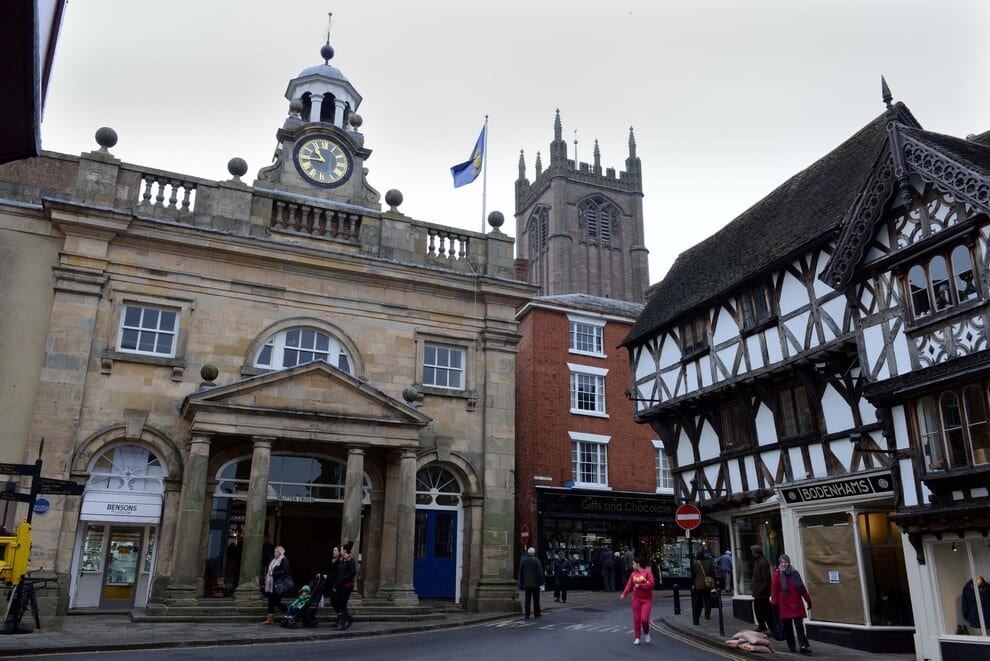 The Ludlow Museum, however, insisted that Kate inform the local coroner of the find so that further examinations could be made and negotiations could begin – they wanted to buy the piece.

But Kate, deciding to rather keep the piedfort, went about her life and ignored the request. She couldn’t have realized that they wouldn’t let it go so easily. Letters from the museum began to pile up at her door, and soon the staff was calling her day and night. But Kate, not wanting to part with her historical piece, ignored them all. But she couldn’t dodge them forever.

Soon, Anthony Sibcy, the coroner for South Shropshire, was alerted to Kate’s actions. Little did she know, her troubles were just beginning. 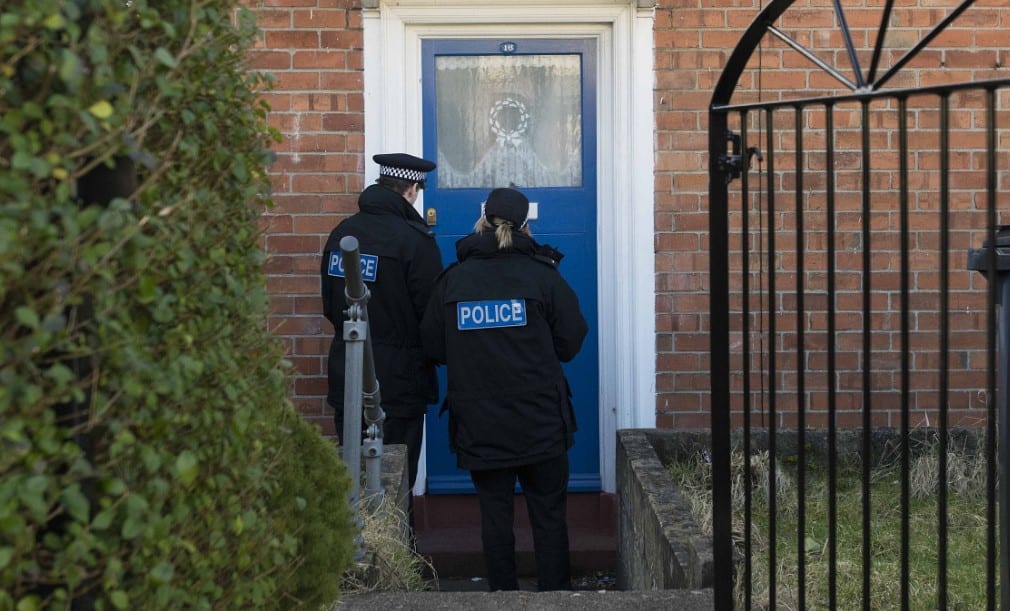 Police arrived at her door and issued a summons for Kate to appear in court. Naturally, she was dumbfounded. Surely she had done nothing wrong? The piedfort was hers as far as she was concerned – she’d found it.

But, unluckily and unbeknown to her, the law wasn’t on her side. She was about to become the first person to be prosecuted under the Treasure Act of 1996. The Treasure Act of 1996 claims that any object found that is older than 300 years that is not a coin and contains 10 percent precious metals needs to be reported to the local coroner within a 14 day period, which Kate failed to do.

Kate’s actions were now considered a criminal offense – and all because she wanted to keep her sentimental artifact. But who was right? 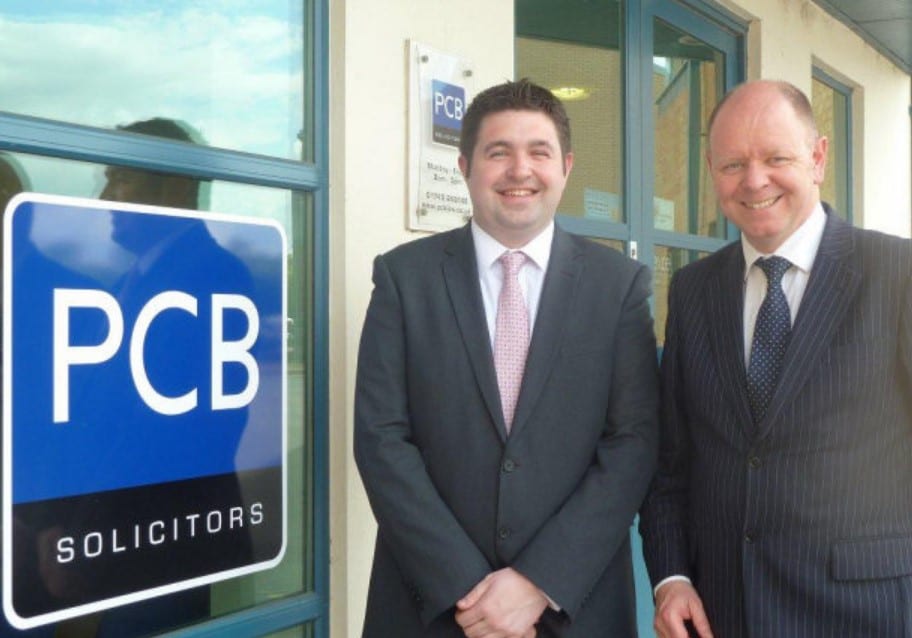 Kate was in dire straits. She was arrested, prosecuted, and faced up to three months of jail time. But Brendan Reedy, her lawyer, wasn’t about to let that happen.

Brendan Reedy claimed that she didn’t report the treasure due to disorganization and because the coin had sentimental value to her. But would her defense be enough to win the case? Kate admitted that she had not reported the treasure to the coroner, but she was still determined to keep the piedfort at all costs. The fact that it was rare and valuable was purely incidental – it was all she had left of her late mother. That made it priceless to her.

She was all too aware that she still may have to give it up, even if she won. After a long battle, Katie finally walked free from the court under a conditional discharge and had to pay around $30 toward the legal fees. But she hadn’t won the right to keep what was, in her mind, hers. Then she decided to do what she should have done months ago.

After her ordeal, she finally decided to speak to the coroner. But she had an ace up her sleeve. The Ludlow museum was willing to pay Kate $3,000 for her precious item, but when she spoke with the coroner she claimed that she’d lost it. As such, the piedfort never made it to the museum.

Naturally, the public was outraged by Kate’s story. One wrote: “Since when did museums become law enforcers? I too would ignore threatening letters from a bunch of ‘collectors.’” Other netizens couldn’t believe that such a frivolous lawsuit occurred in the first place: “They took this woman to court over a coin! This is ridiculous! I’m all for preserving English heritage, but quite rightly this is her property, what happened to possession is 9/10ths of the law?”

Another user wrote: that is crazy! She found it fair and square, why does she have to give it up?” Alan from Coventry had some questions: “I can’t understand how she could be found guilty. If the find was in 1996, did it occur before or after the Treasure Act came into force? Can the prosecution prove the date of the find?”

Clearly, someone wanted the piedfort badly. Alan continued, “Secondly, if it took place 14 years ago she was only 9 years old. What was the age of criminal responsibility at the time? For juveniles under the age of 15, the prosecution would still have to prove that she knew that the act was seriously wrong.”

He concluded: “As the magistrates’ appalling ignorance of the law has given her a criminal record, I think she should appeal before a real judge.” So, did Kate really lose the treasure that she’d kept safe for 14 years? It’s unlikely. But she was willing to do everything in her power to keep it, even if that meant lying.

Would you have done the same thing if you were in Kate’s position? Would you part with a priceless item that reminds you of your departed mother? After Kate said that she had since lost the coin, authorities also stopped harassing her. Unfortunately, no further examination of the coin could be done and its whereabouts remain a mystery.

Although she could have gotten $3,000 for the piedfort, we believe that Kate has kept the coin somewhere safe. Perhaps she’ll pass it on to her children. Hopefully, this won’t be the last anyone sees of it.