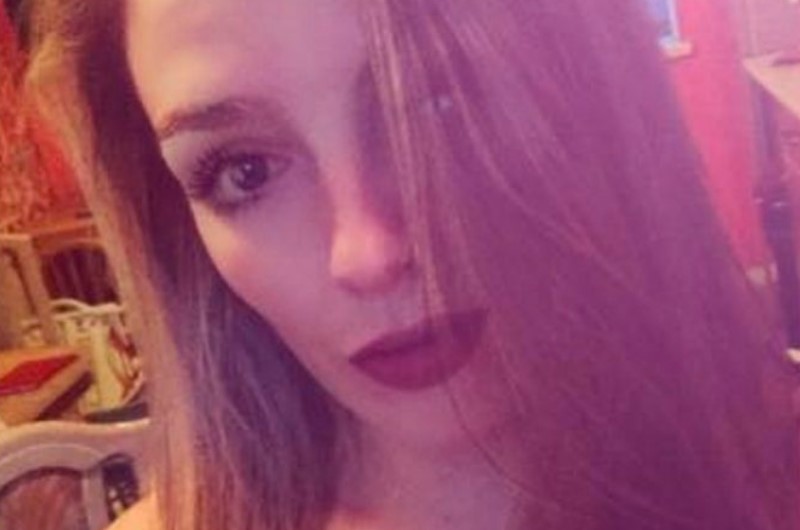 It was becoming too much to bear. She had to make a change, and she had to do it now. But was she strong enough? There was only one way to find out.

Little did she know, when people got wind of her story, reporters would be pounding on her door and she’d be plastered all over the news. 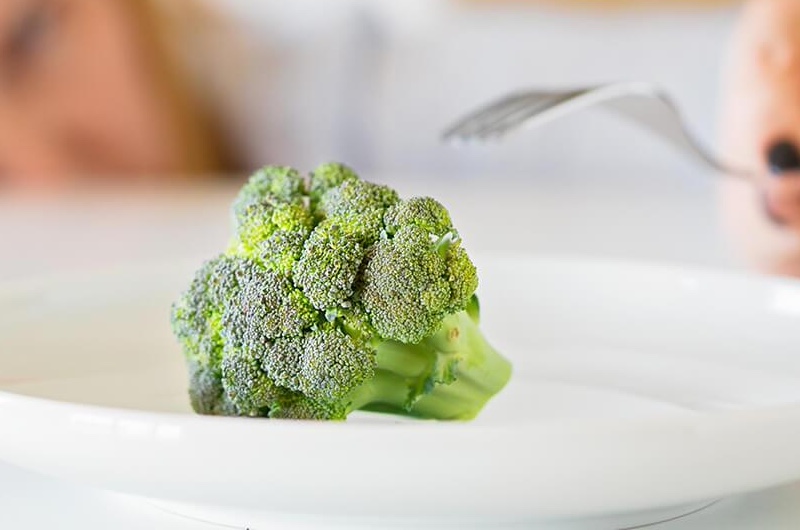 For all her life, Georgie Scotney had been considered a ‘picky eater’. Her parents didn’t think too much about it when she was growing up, brushing their concerns off with “she’s just a picky eater,” and “she’ll grow out of it.”

Only, Georgie never did grow out of it. In fact, it only got worse with time. 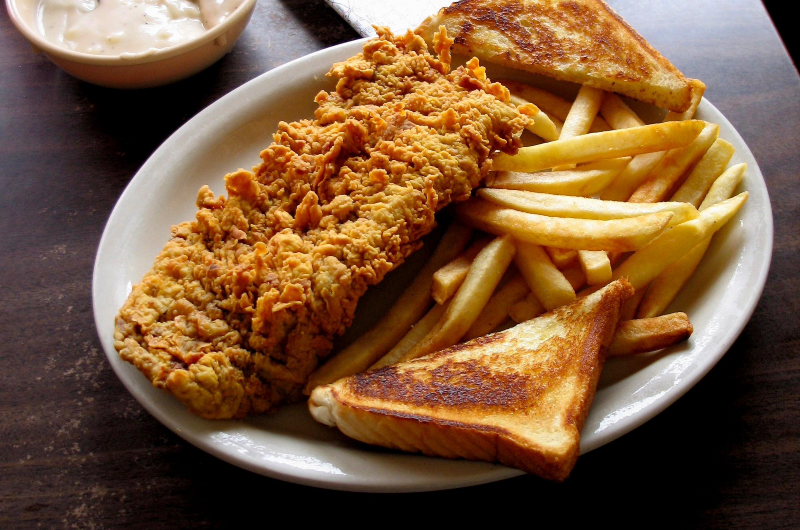 Georgie would only eat a small selection of foods – and her diet did not include fruit or vegetables.

When the world discovered that the 21-year-old had been surviving on only “white” foods like toast, french fries, and Southern fried chicken since she was young, dieticians were baffled by Georgie’s case. But that wasn’t all. 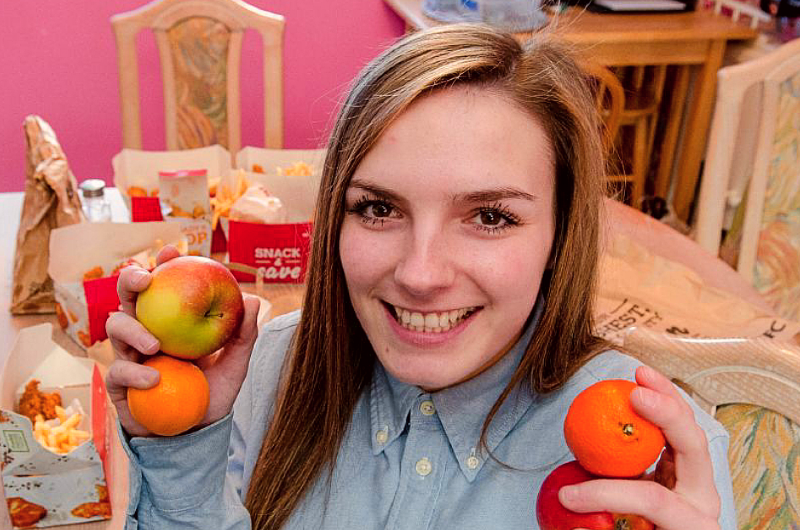 When Georgie turned 18, her diet became even more restrictive. She used to only be able to eat homemade fried chicken and fries. But, as if that wasn’t unhealthy enough, now she would only eat it if it came from KFC.

And, to make matters even more complicated, she refused to eat anything other than KFC’s boneless chicken strips and chicken popcorn. But why?

Sick To Her Stomach

Every time Georgie thought about eating any food other than KFC strips and fries, she would gag and feel physically sick to her stomach.

The revulsion she felt about food only got worse with time. Until, eventually, she was terrified of eating anything else. What had started as just ‘picky’ eating had gotten completely out of control. 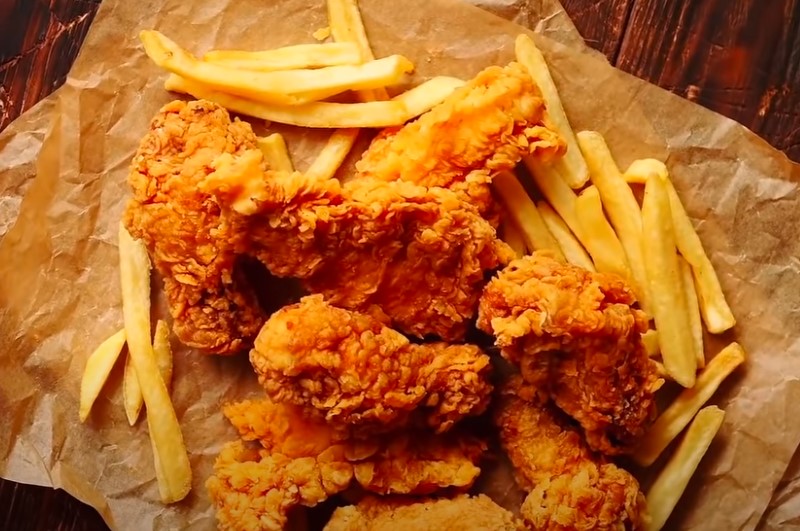 While picky eating habits are very common during childhood, the vast majority of people will outgrow this behavior by the time they reach adulthood. But why didn’t Georgie?

It turns out that Georgie had gone undiagnosed for years. She suffered from a very specific type of eating disorder that completely took over her life. 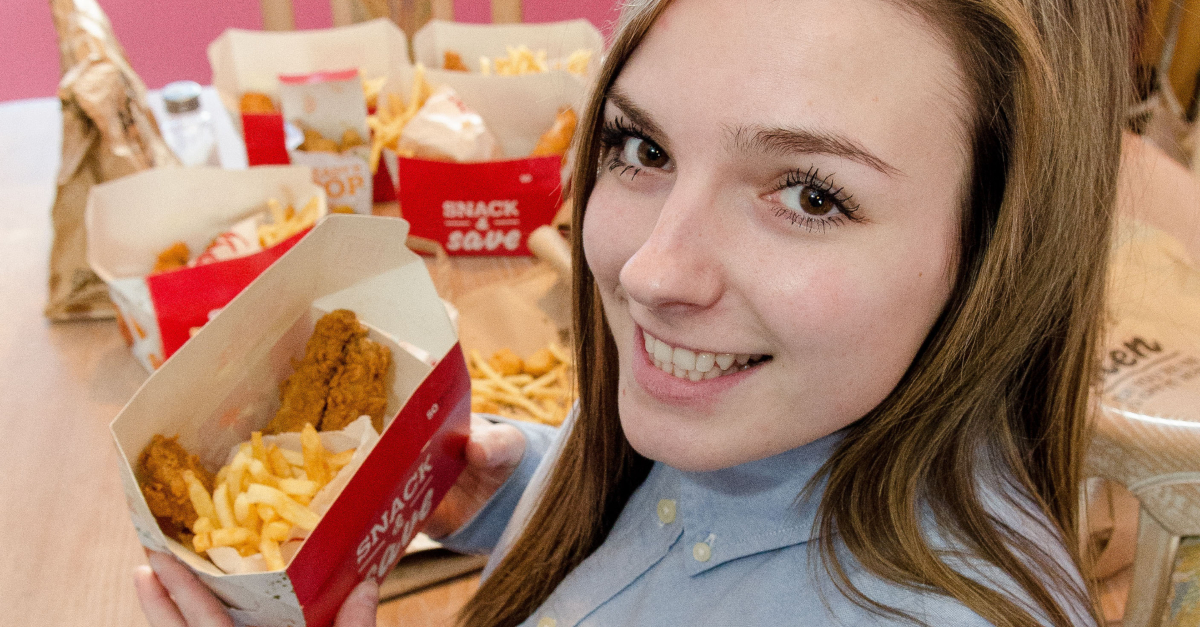 Georgie had been an aspiring gymnast when she was a young girl. She was naturally talented and made her parents proud when she made the PSG Great Britain team at just 8 years old! 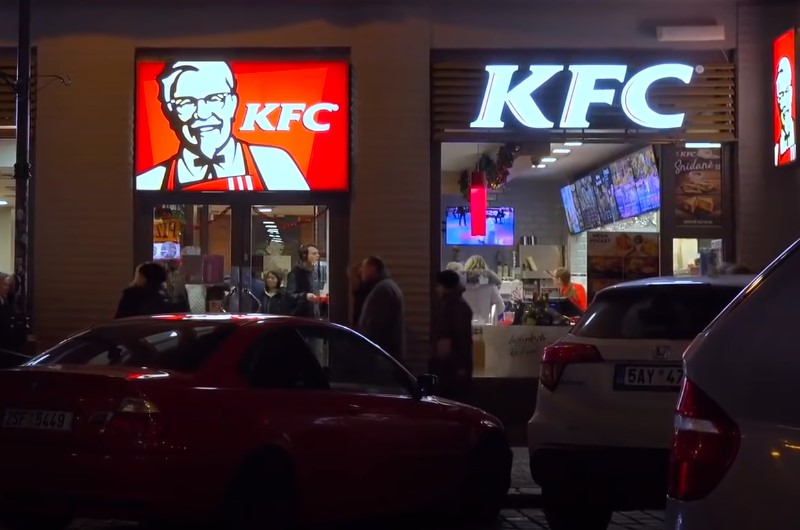 While Georgie was away training and going on tour with her teammates, she often would skip meals. It began with her only wanting to eat if there was toast or southern fried chicken available while she was on school trips.

And, if her preferred food wasn’t available, she just wouldn’t eat. If she was given anything other than her “safe” food, she’d be too scared to eat it. So, what was wrong with her? 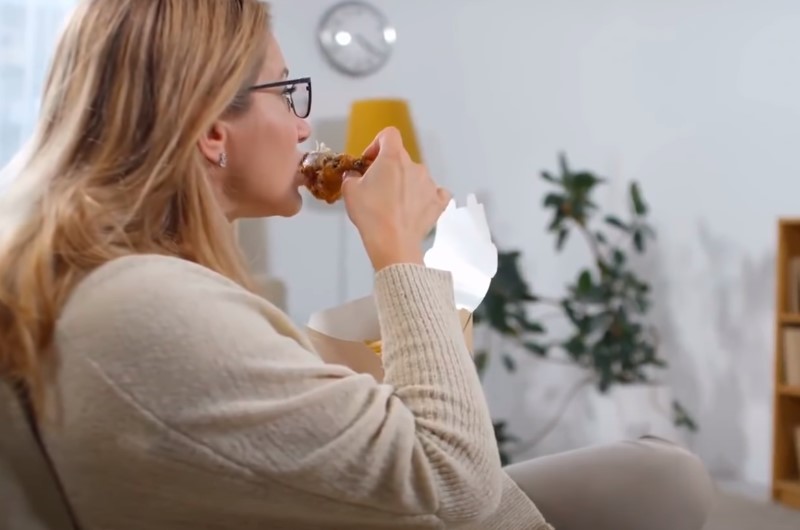 While most people know about other eating disorders such as bulimia or anorexia, ARFID is very different. ARFID, or Avoidant/Restrictive Food Intake Disorder, was a term that didn’t even exist until very recently.

Now, ARFID is classified as a mental disorder. When Georgie tried to eat any other food, she felt overwhelmed by anxiety and fear. But could she turn her life around? 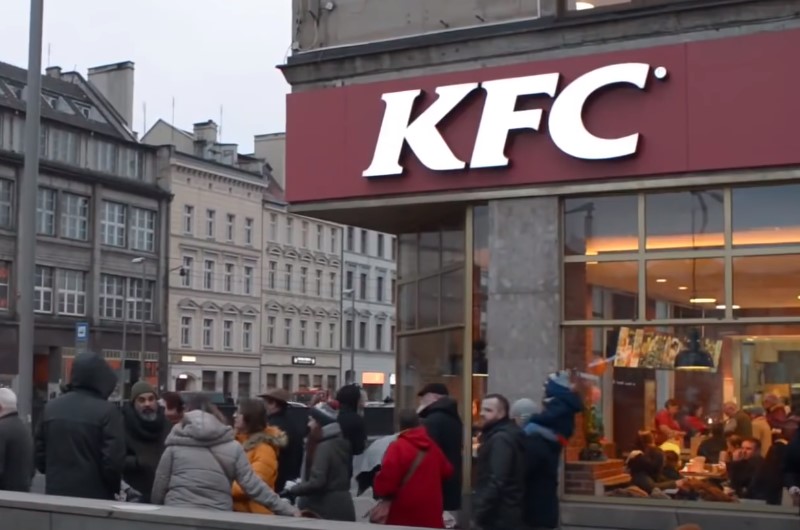 People with ARFID have a paralyzing fear of eating. But, unlike other eating disorders, it doesn’t have anything to do with low self-image or any form of body dysmorphia.

Most of the time, ARFID stems from a traumatic incident during childhood involving food. So, like Georgie, people with ARFID will restrict their diet to “safe” foods. “Growing up I’d always been really stubborn with what I’d eat, it started off as just southern fried chicken and chips but it then got to the point where it’d only be chicken from KFC — I’d go there every day without fail,” Georgie explained.

But what would happen if she couldn’t get KFC? 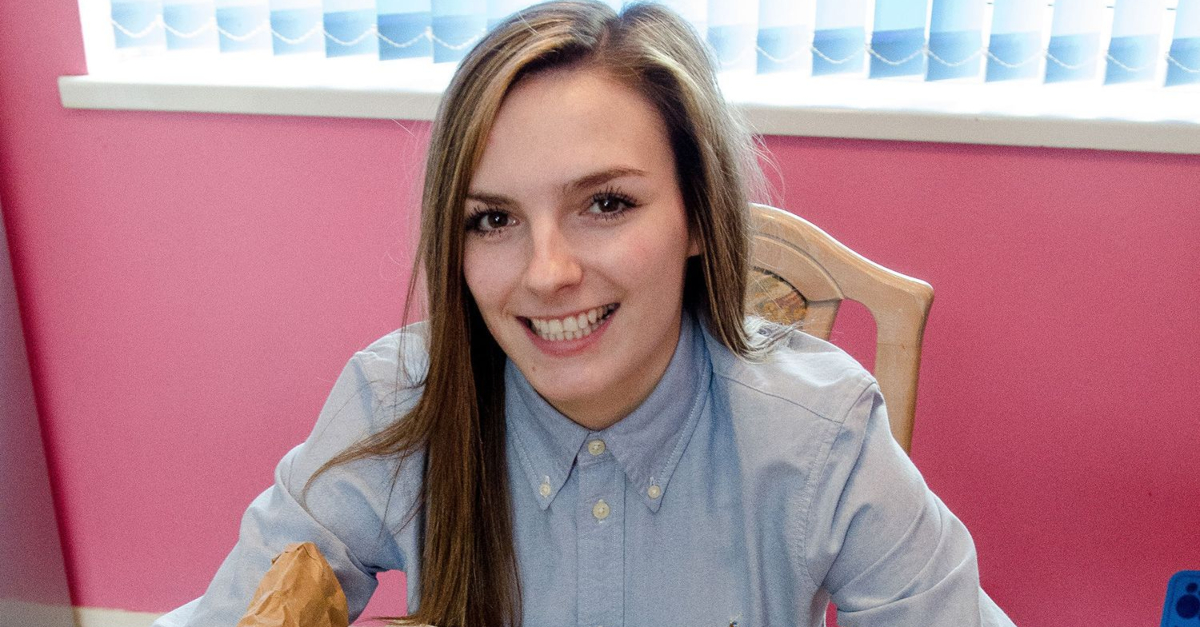 For Georgie, AFID even became a sensory issue because she could not tolerate even the look or smell of most foods. So, when she didn’t have access to KFC, she just wouldn’t eat.

For you or I, eating the same meal every day for years would become extremely boring, but Georgie never had that issue…

She Never Got Tired Of It “I was just never fed up with it, I loved to put loads of salt on it too,” Georgie admits,”…which I now see wasn’t such a good idea — I do think that it had a lot to do with me being scared of a lot of foods, especially sauce, that was the worst fear of mine.”

And, besides all the salt, surely eating nothing but KFC for three years is bound to cause some health issues? 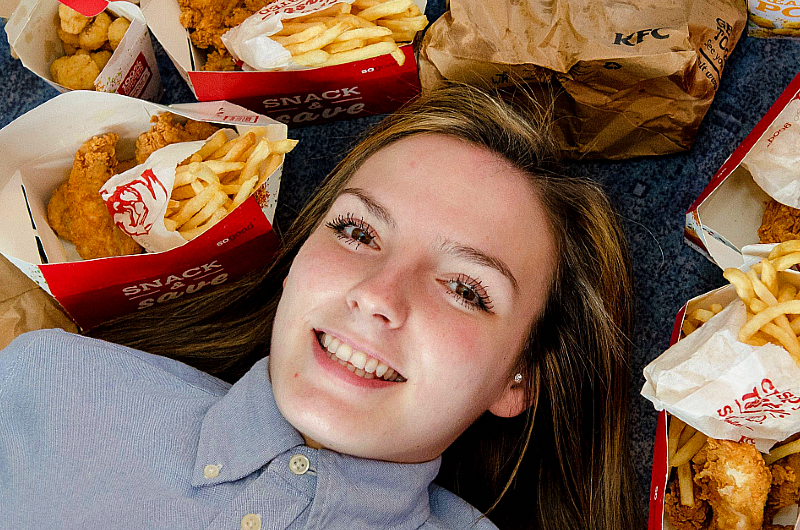 Her daily diet consisted of two slices of toast for breakfast, KFC boneless chicken strips or popcorn chicken and fries for lunch, and nothing for dinner. Thankfully, her boyfriend decided that enough was enough. 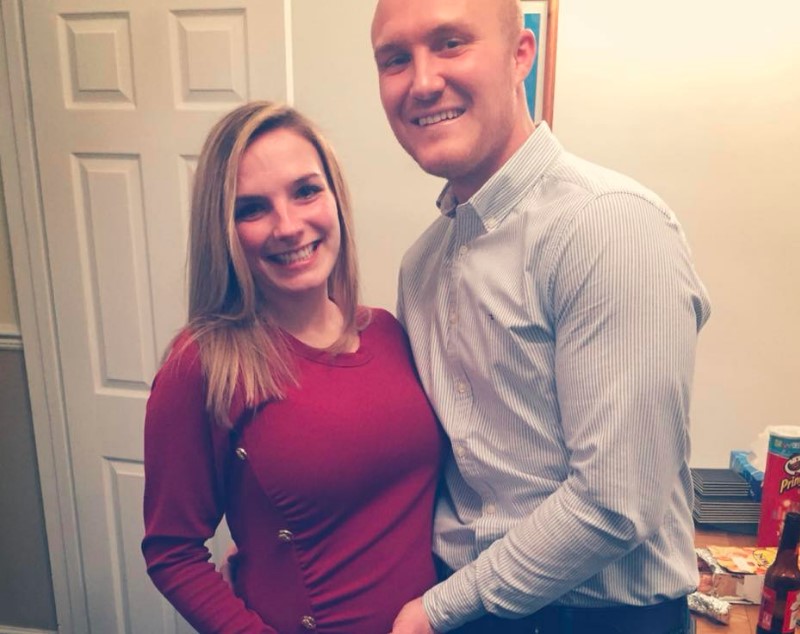 “My boyfriend was the one who put me forward for the session and I was very skeptical, I warned everyone that I was so headstrong and thought that I’d never be able to change,” Georgie said. But it worked!