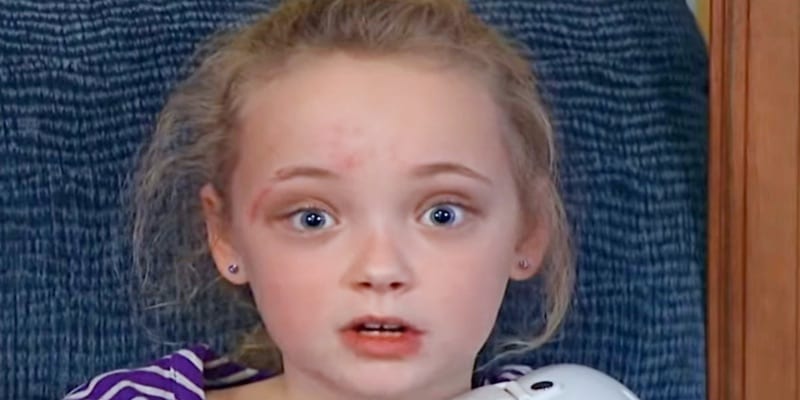 Tears Streaming Down Her Face

Crowds of hungry customers stand and stare as four-year-old Kayla runs over to her mom. Tears are streaming down her face, and she hysterically sobs into her mom’s arms. Nicole, Kayla’s mom, comforts her daughter. “What’s the matter?” Nicole frantically asks. But Kayla can’t speak. She just sobs, sounding like she’s in pain.
But then Nicole sees it. There’s something on her leg. 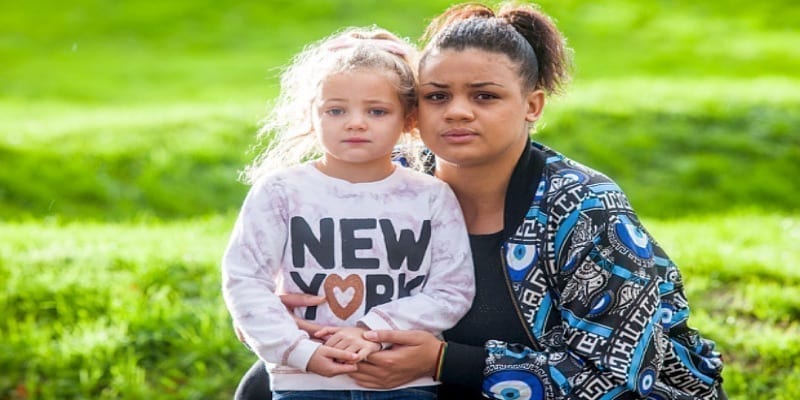 Earlier in the day, New Years Day to be exact, Nicole and Kayla decided to spend the sunny day at the park, followed by some food at Kayla’s favorite restaurant, McDonald’s.
Locking the front door, Nicole turns to Kayla, “you ready?” she asks and she holds her hand. Together they walk off, not knowing what was in store for them. 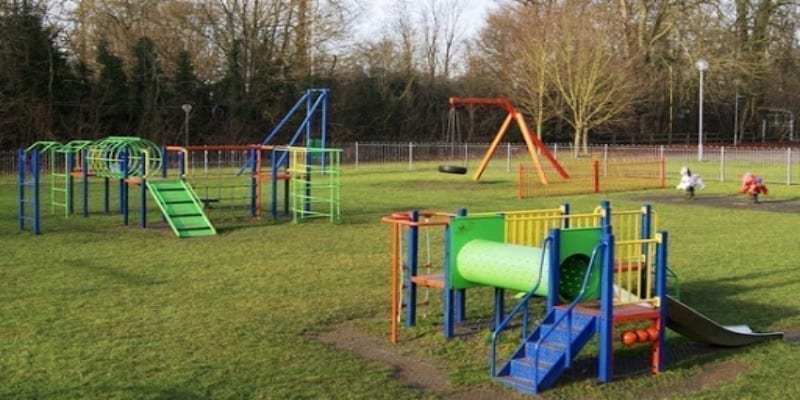 Arriving at the park, with the piercing sun shimmering down on the mother and daughter duo, Kayla runs towards a roundabout and begs her mom to spin her. She does, and Kayla’s excited giggle echoes throughout the play area. Nicole’s phone starts ringing and she answers it, while Kayla gets off the roundabout and makes her way to the slides.
Suddenly, Nicole hears a scream. It’s Kayla. 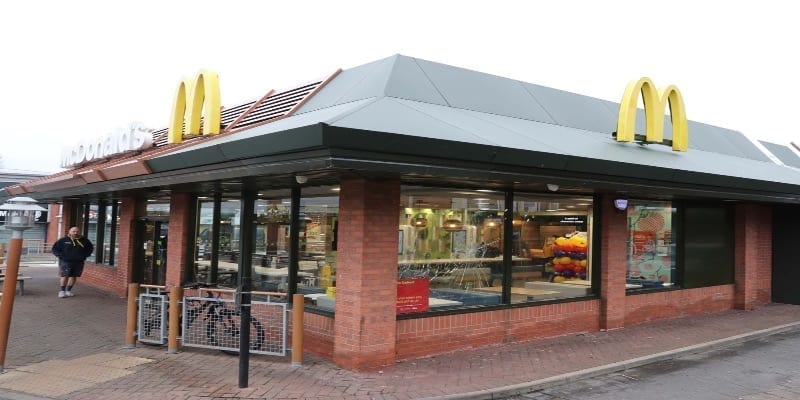 Nicole turns around to find Kayla had fallen over and grazed her hand. “Oh no!” says Nicole as she comforts her daughter. “Can we get food now?” Kayla asks in between sobs. “Sure thing,” Nicole replies, and they set off to their local McDonald’s restaurant about 10 minutes away.
Little did Nicole know she should have gone somewhere else for food.


A Group Of Teenagers 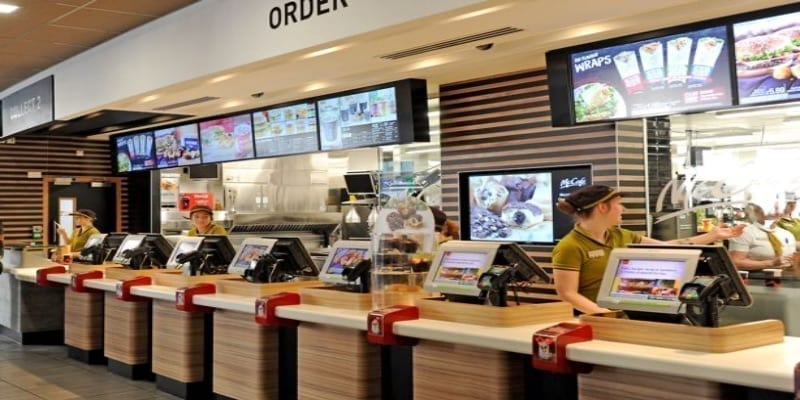 Arriving at McDonald’s, Nicole and Kayla walk into the restaurant to find a handful of people spread out over the polished, green tables. Nicole notices a group of teenagers in the corner, they’re listening to music while sipping on their drinks. Two of the teenagers suddenly look at Nicole and her daughter and snigger.
What was their problem? 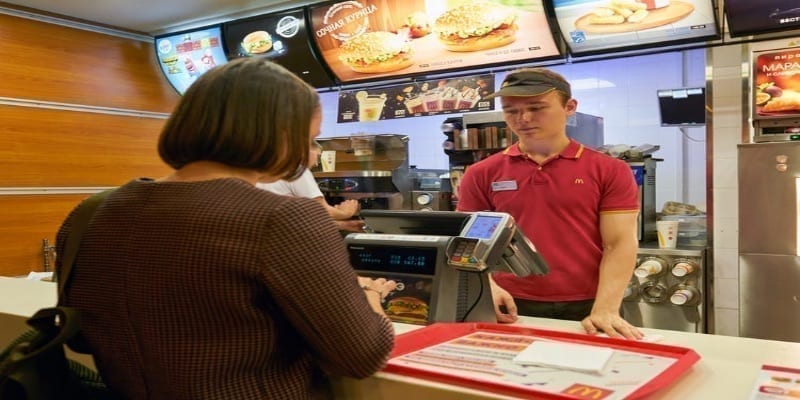 After what seemed like forever, Nicole was finally at the front of the queue. She orders their food and tells Kayla to go wait at the table in the corner. Kayla walks off and sits by herself at the table while watching a YouTube video on Nicole’s phone.
But then suddenly, a piercing scream can be heard.


A Fight Breaks Out 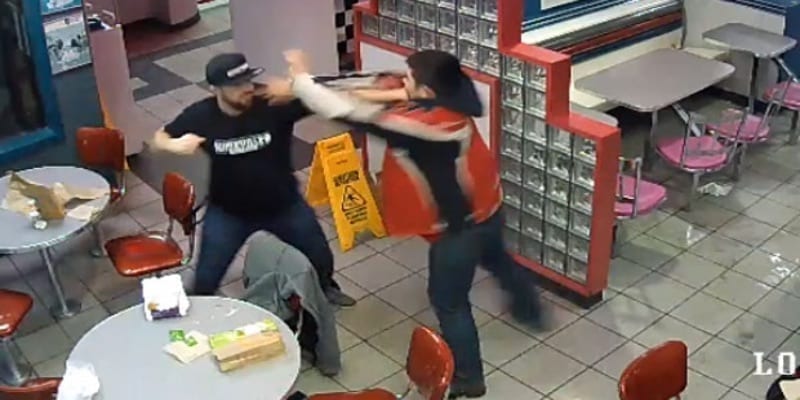 The group of teenagers that were sat in the corner of the room, had started a fight. The teenagers yell at each other and Nicole walks over to Kayla and comforts her, trying to distract her with the YouTube video. Members of staff eventually break up the fight and kick them out.
But two teenage girls were still sitting at the table. 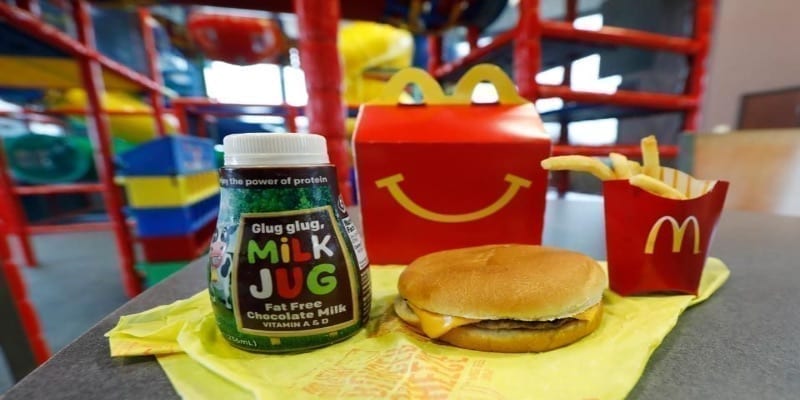 The smell of burger and fries linger in the air as Nicole and Kayla tuck into their well-deserved lunch. Kayla was eating a Happy Meal while her mom nibbled on a Chicken Burger and a few fries. All of a sudden, Kayla looks at her mom with a serious yet innocent look.
“I need the toilet” she whispers.


Waiting For The Toilet 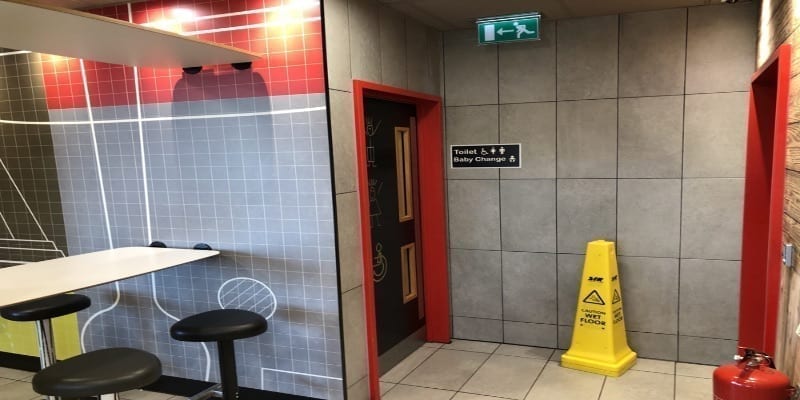 As she finishes the last bite of her cheeseburger, Kayla wipes her hands and gets up to go to the toilet. When she walks over, she notices the lock is shut. “There must be someone in there,” she thought. She looks back at her mom who gives her a smile.
Suddenly she hears something. It’s coming from inside the toilet.


There’s Somebody In There 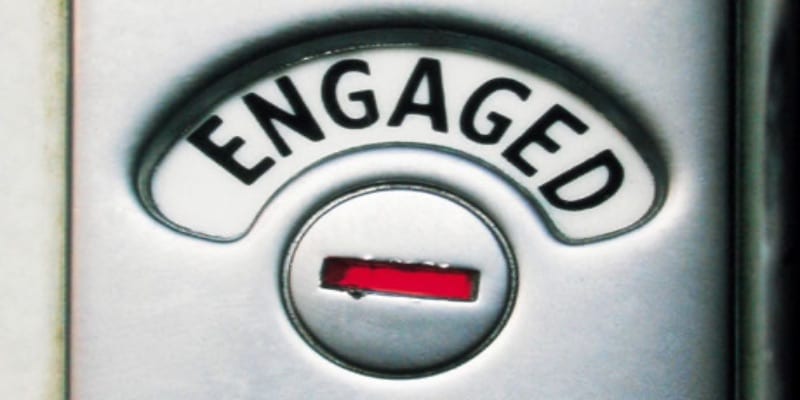 Giggling and laughing can be heard while Kayla waits outside the toilet. After around 10 minutes the door opens, and the two teenage girls from earlier, exit together, a smirk plastered on their face. Nicole watches as the girls walk bast Kayla and she signals Kayla to go in.
“I’ll be right here,” Nicole says as she watches Kayla shut the bathroom door.


No Sound You Ever Want To Hear 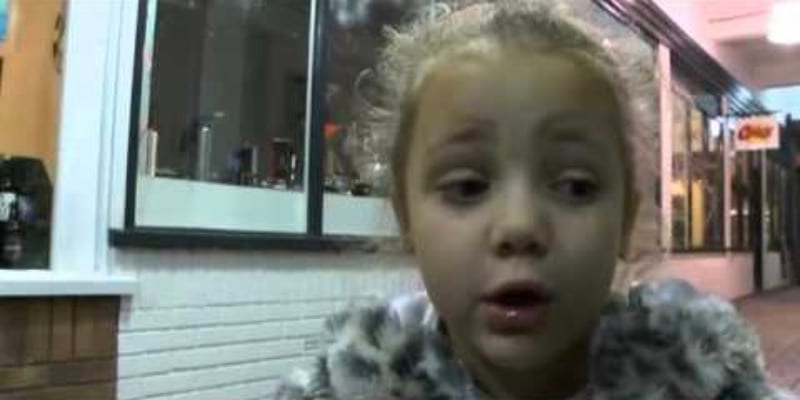 “Mom!” Screams Kayla as she runs out of the bathroom, tears streaming down her face. Nicole shoots up from her seat, her bag falling onto the floor. The sound of your child screaming is a sound you never want to hear. Kayla runs into her mom’s arms, “in the toilet,” she says sobbing, “go look quick!”
Kissing Kayla’s forehead, Nicole makes her way over to the bathroom. 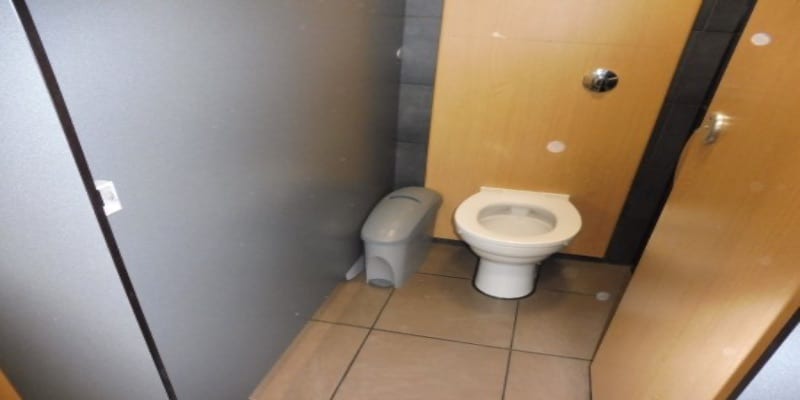 Walking inside the bathroom, the smell of antiseptic and bleach lingers in the air. “There’s nothing in here,” she thinks to herself, eyes scanning for something that would explain her daughter’s outburst. A few toilet rolls were rolled out on the floor and the tap was dripping. But then she sees it.
It’s the reason why her child is in tears.


Her Heart Is Pounding 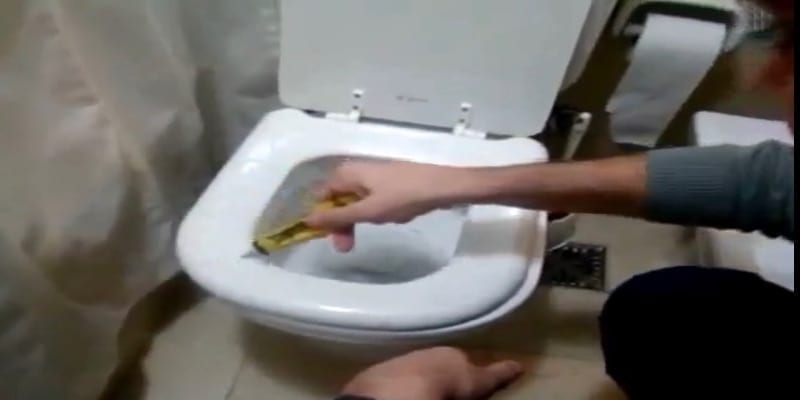 From a distance, it seemed a white sticky substance covered the toilet seat, but as Nicole got closer she realized it was glue — superglue, in fact — smothered all over the toilet seat. Somebody had purposefully done this!
Nicole bursts out of the bathroom, her heart pounding, and yells out to the manager and members of staff.


Holding Back The Tears 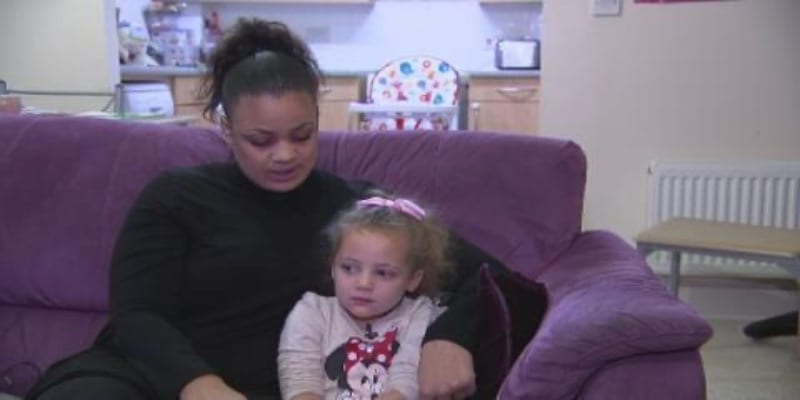 Nicole goes over to her daughter, who was still sobbing and yelling in pain. She checks her and sees that her skin was raw on the back of her legs! Sobbing into her mother’s arms, Kayla was terrified, and Nicole was furious.
“We need help!” Nicole yells out to the crowd holding back the tears. For Joanna, the assistant manager at McDonald’s, she thought she had seen it all. From petty fights over a BigMac to drunk and disorderly behavior by youths. She was used to diffusing heated situations and always knew what to do when trouble struck.
But in her 15-year career in the hospitality industry, she had never quite seen anything like this.


This Wasn’t Enough For Her Joanna and her staff all gather round the little girl and provide medical assistance. They help clean the wound and bandage her up while Kayla sobbed into her mom’s chest. The mom then decided to go to the hospital, so she rang for a family member to come and them. But this wasn’t enough for Nicole.
She knew there was only one thing she could do. Posting to her personal Facebook in hopes to bring the pranksters to justice she wrote, “To the two young blonde girls that thought it would be hilarious to put super glue on the disabled and baby changing toilet in McDonald’s, I just want you to know that I’m still having to console my four-year-old daughter who was unfortunate enough to use the toilet after your little prank.”
Nicole hoped that the two teenage girls would be found and punished. Kayla didn’t deserve this. After a brief investigation, thankfully the two girls were found and were subsequently interviewed by police. The two girls immediately apologized to Nicole and Kayla and admitted they regretted doing it. It was a “prank gone wrong,” one of them told her.
But was this enough for Nicole and Kayla? Who, for the four-year-old, would have to live her life with this terrible memory etched in her mind. Hearing the news that the Police had subsequently taken appropriate action against the girls, Nicole lets out a sigh of relief. It had been a few weeks since the incident, and the events of that day still plagued her mind.
She watches as her daughter plays with her Barbies. “Finally, some justice,” she thinks while clutching a cup of tea. She takes a sip before smiling to herself and watches as her brave little girl carries on playing. Wow, what a story! This story just goes to show that although pranks can be a fun way to trick your friends, they can also result in some pretty severe consequences.
Hopefully, Nicole and Kayla’s story will remind pranksters to think twice about the people they could be upsetting, all for the sake of a laugh.
Must Read
Genome Studies Manage To Find A New Branch Of Fungal Evolution
European Space Agency Budget Increases By 10 Billion For The Next 3 Years
Artemis 1 Finally Launches: What It Means For Space Travel And Exploration