When she got the call, she assumed it was just another conspiracy theorist looking for attention. They had to deal with people like that a lot.

But when she arrived on the scene and peered beneath the twisted roots of the enormous fallen tree, she realized the caller wasn’t crazy. She was just relieved she got there in time. 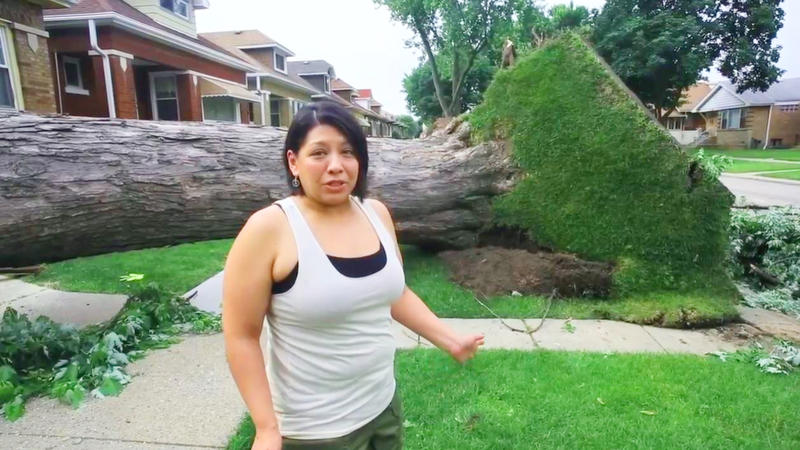 The coastal town of Collooney in Ireland had been experiencing some worrying storms. Winds were so strong that homes were at serious risk as people nervously sheltered indoors.

When the torrential weather finally calmed down, residents slowly emerged to assess the damage – and one prominent part of the small town attracted a lot of attention. 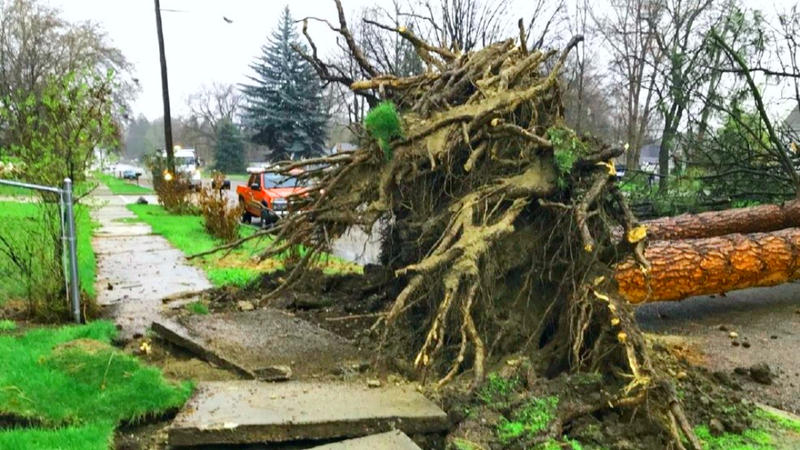 Large trees had fallen victim to the gale-force winds and now lay on the ground with their long twisted roots on display.

Living by the coast, the residents of Collooney weren’t strangers to destructive weather, and seeing trees blown down was commonplace. But it took months before they realized what one very special uprooted tree had unearthed. 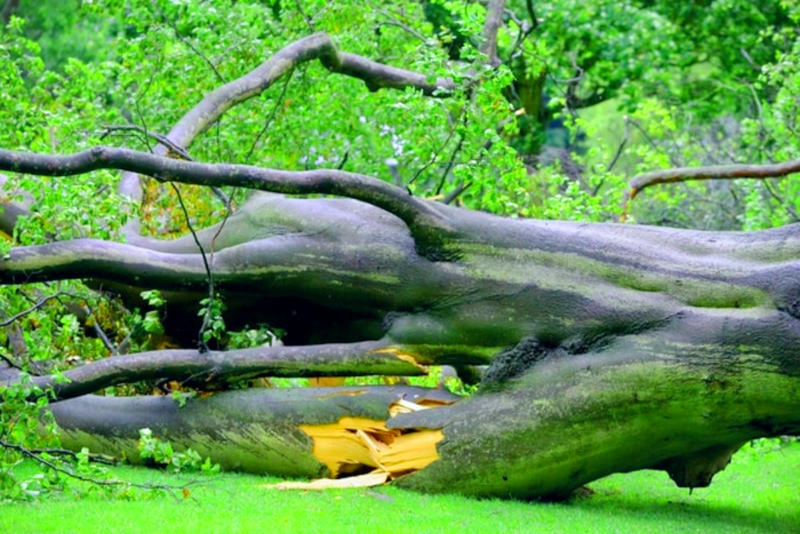 Collooney residents were dealing with the aftermath of a devastating storm, so they were focused on repairing roofs and clearing roads that had been ravaged by the 100mph winds and heavy rain.

The felled beech tree was certainly a sight to behold, but more due to its tremendous size rather than what had yet to be discovered lurking underneath it. Until a dog walker got a little too close. 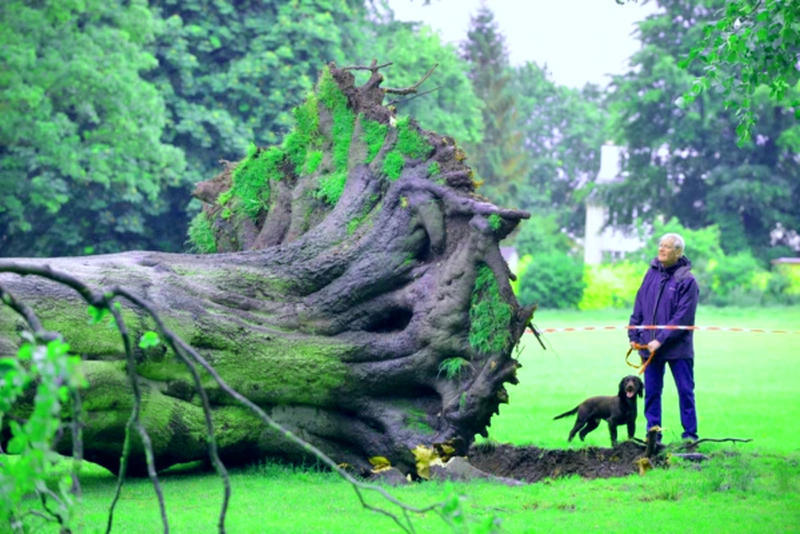 It was a dog walker who had come to investigate the 215-year-old tree that had long since faded as a hot topic in the town. And his pooch was especially interested in the underside of the base of the trunk.

After leaning in for a closer look at what had caught the animal’s attention, the pet owner’s eyes widened when he saw exactly what the dog was licking. He pulled out his phone and called the police immediately. 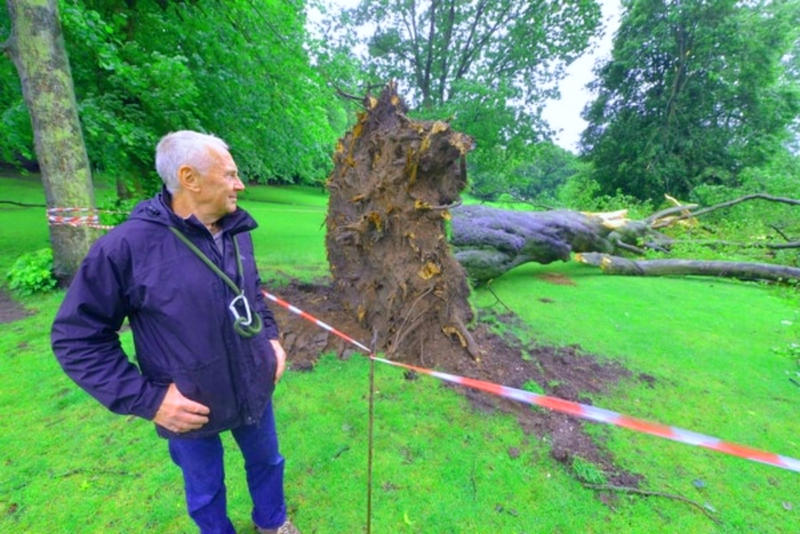 Beech trees aren’t actually native to Ireland, so a tree of this size was a rarity. The very fact that it was lying on its side in the first place was interesting enough, so no one could have imagined what the dog would sniff out from its roots.

“As excavations go,” said Dr. Marion Dowd, who had been called in to investigate, “this was certainly an unusual situation.” 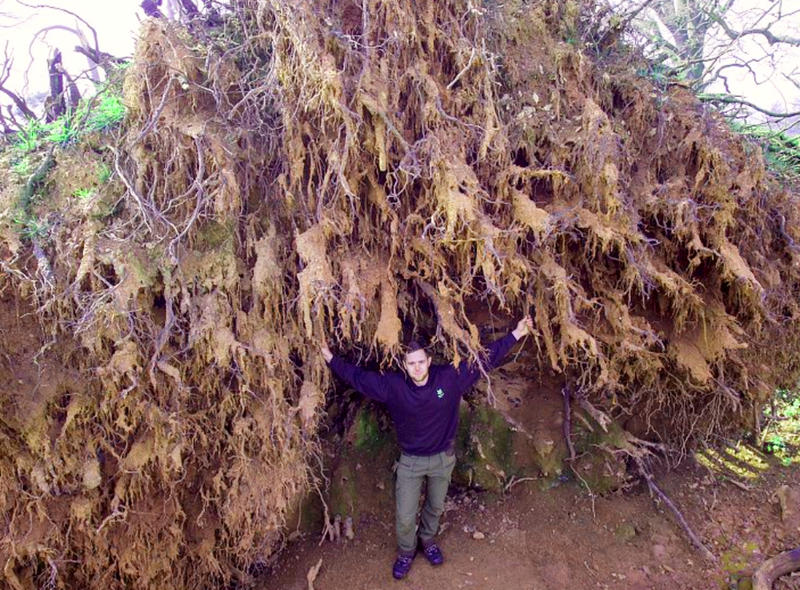 When they saw what was underneath the enormous trunk, town authorities had no choice but to call in the experts.

Marion and her team of archeologists arrived in County Sligo, thinking this was probably another overzealous local historian thinking they’d uncovered the find of the century. But what the Sligo-Leitrim Archaeological Services (SLAS) scientists found underneath the tree was a genuine cause for alarm. 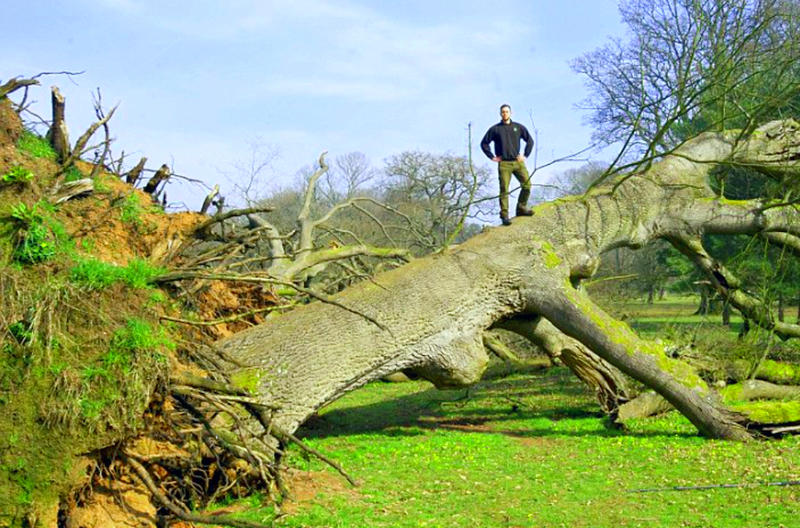 With beech trees not coming to Ireland until the early 19th century, it’s unlikely that whoever planted the natural behemoth in the town had any idea what they were growing the tree on top of – let alone actually preserving something of great historical interest.

Marion took samples for examination right away. But the team was so busy excavating what was there, it didn’t occur to them that there might be more. “There may be others in the area, we have no idea,” she said.

The skeleton they found was that of a young man between 17 to 20 years old. He was 5’, 10” and probably worked a manual labor job judging by the wear on his joints.

Marion was grateful that she’d got to the site before the dog made off with the valuable bones, which had been split in two: the top half remaining in the roots and the bottom half in the ground. But the expert was still struggling to work out the source of the wounds on the body. 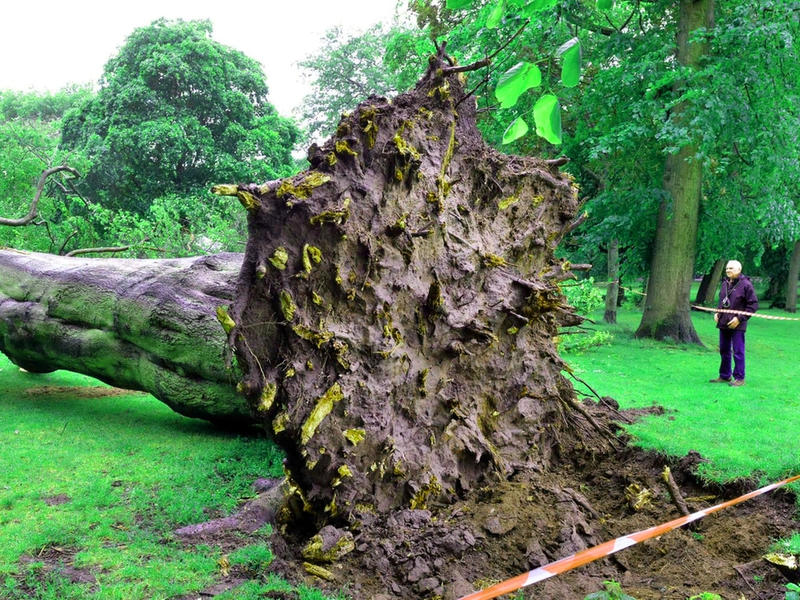 The unknown man had suffered two stab wounds to the chest and one to his left hand. It was clear that he had been attacked with a knife while trying to flee from his assailant.

The remains had been buried. As far as Marion was concerned, there were only two possible explanations for what had happened to him. 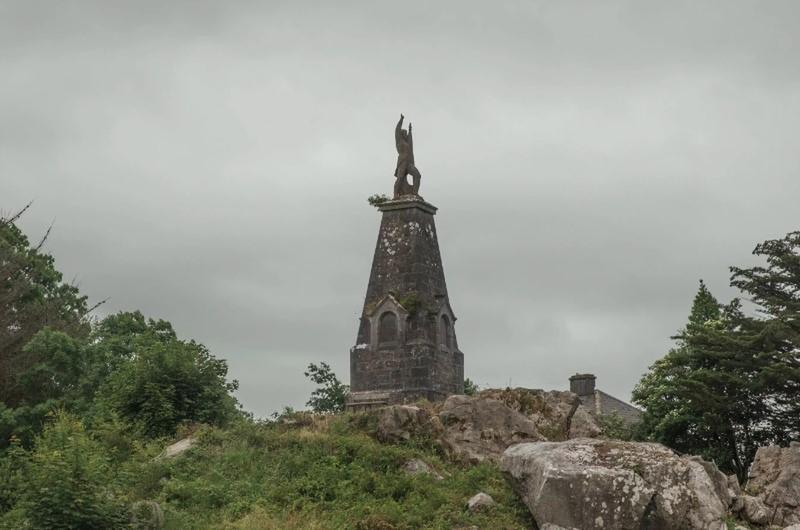 Whoever planted this tree at the start of the 19th century must have had no idea of what was underneath, the scientists reasoned. Yet it was the planter or planters’ actions that ultimately allowed this little piece of history to be unearthed over 200 years later.

However, the archeological magic still wasn’t finished. Indeed, judging from the fact that the man was “placed in a grave in an east-west position, hands folded over pelvix region,” the scientists were given another clue. 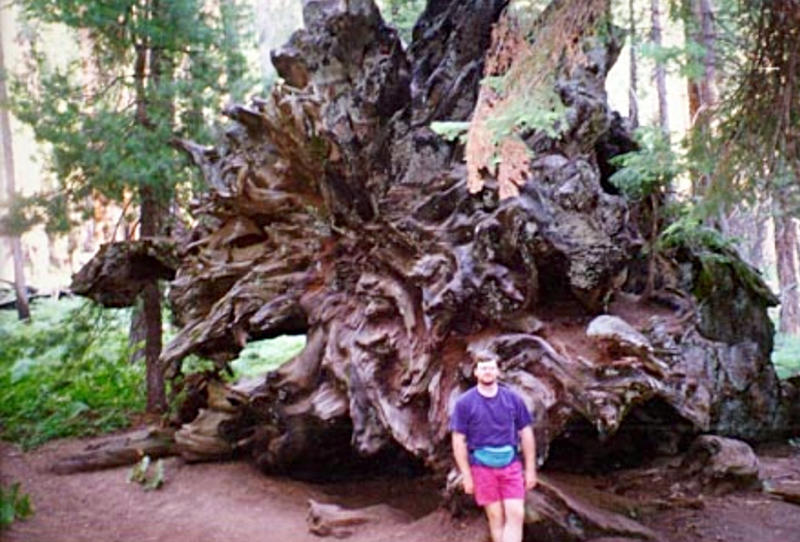 Having just launched her own private firm, Sligo-Leitrim Archaeological Services, Marion couldn’t have asked for a more bizarre maiden project.

“The upper part of the skeleton was raised into the air trapped within the root system. The lower leg bones, however, remained intact in the ground. Effectively, as the tree collapsed, it snapped the skeleton in two,” Marion said. The bones still in the burial plot were in a very well preserved condition. 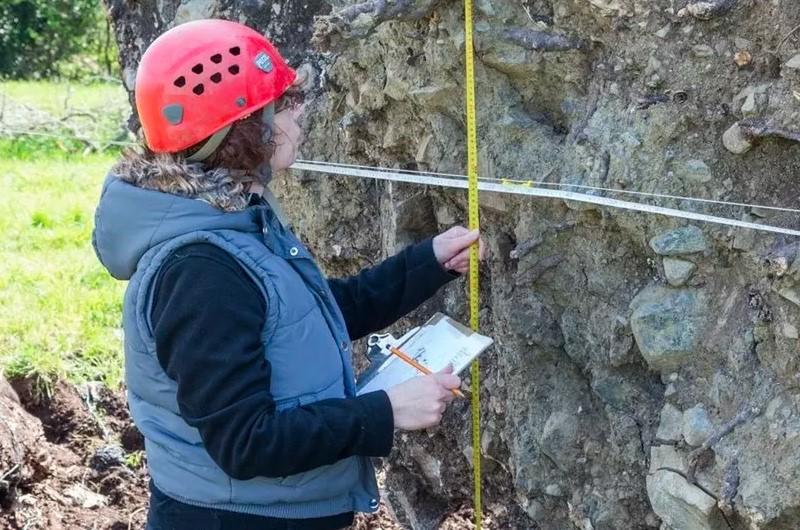 Marion said that the remains gave an insight into how difficult life was more than 900 years ago. “This is the early medieval period and we know that there were various conflicts and violence in this period,” she said.

“We can assume he came from a farming background and one of the local settlements in the area. After he died we know his family or community would have recovered the body and given him a form of Christian burial and then 800 years later somebody planted a beech tree completely coincidentally on that spot.” 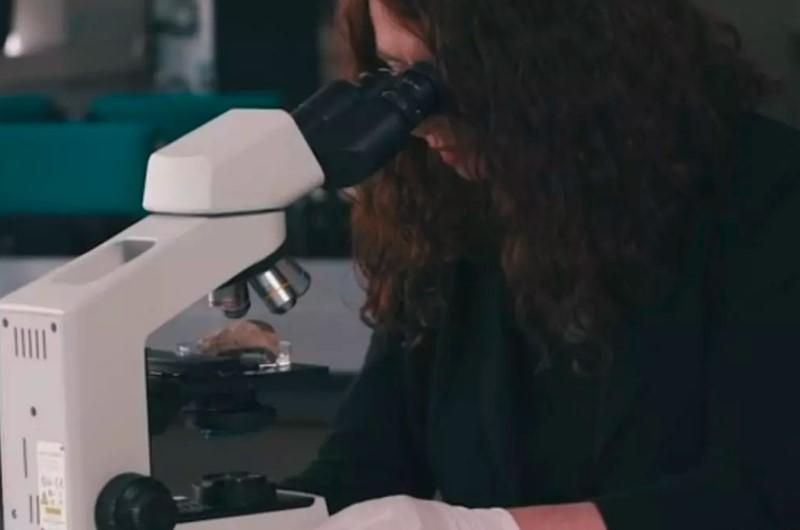 The archeologists used carbon dating to calculate how old the remains were. Carbon-14 – a radioactive isotope of carbon – enables scientists to date the age of organic material because it decays at a known pace.

When the results came back, though, the archeologists were astonished. How long had he been under that tree for? 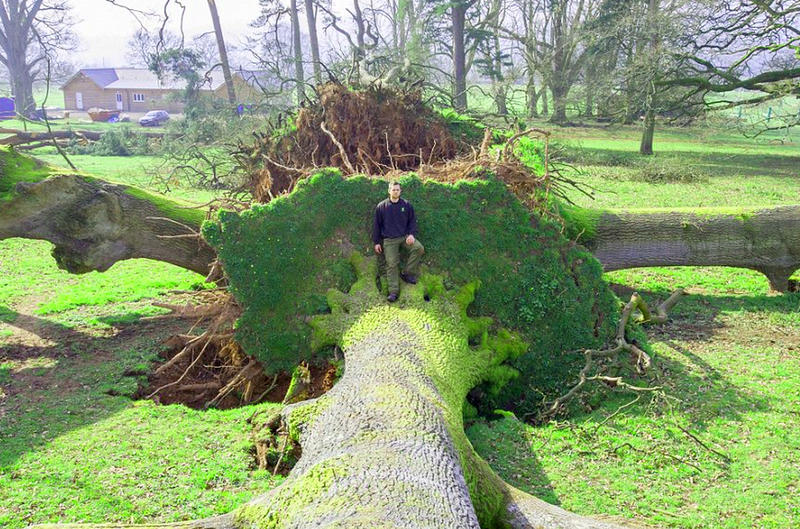 Radiocarbon dating determined that the medieval man that had been hidden under the tree passed away almost 1,000 years ago, sometime between 1030 and 1200.

He was either attacked by a personal enemy or had been fighting in a battle before being given a Christian burial. In fact, the area was previously home to a church, so archaeologists may find more clues as they continue to investigate the area. And readers of the original news story had their own theories about the mystery. 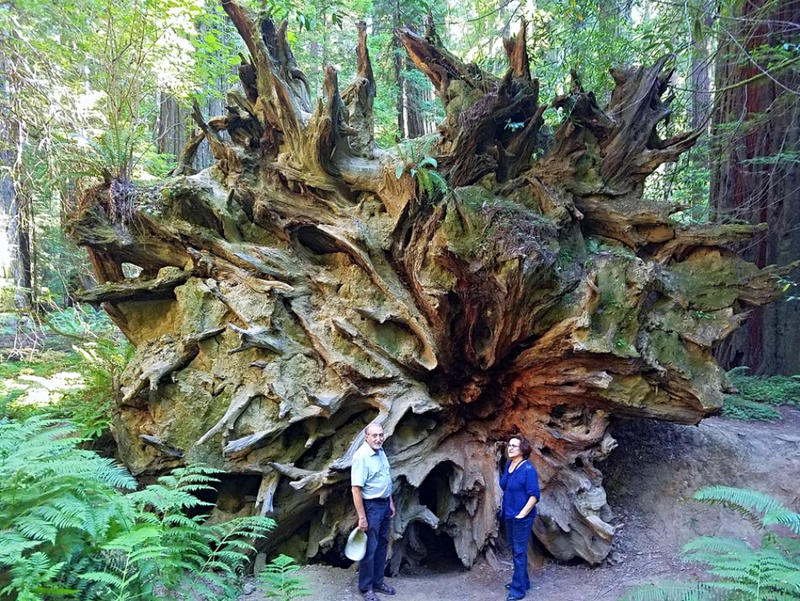 A reader commented: “17 to 25 years would be considered young for our times but 1,000 years ago would it not have been considered middle-aged? Life expectancy couldn’t have been much more that 40 years back then?! He may have been killed defending his church from Norse raiders?”

But another reader was quick to debate: “I have read that the life expectancy average is badly skewed by child mortality rates and rendered unrealistic. Once past infancy, most healthy people lived lives not a lot shorter than our own. It’s only with the advent of better nutrition, healthcare and dental care in the 20th Century that we began to live markedly longer. A 17-year-old was still a kid then as he is now.” 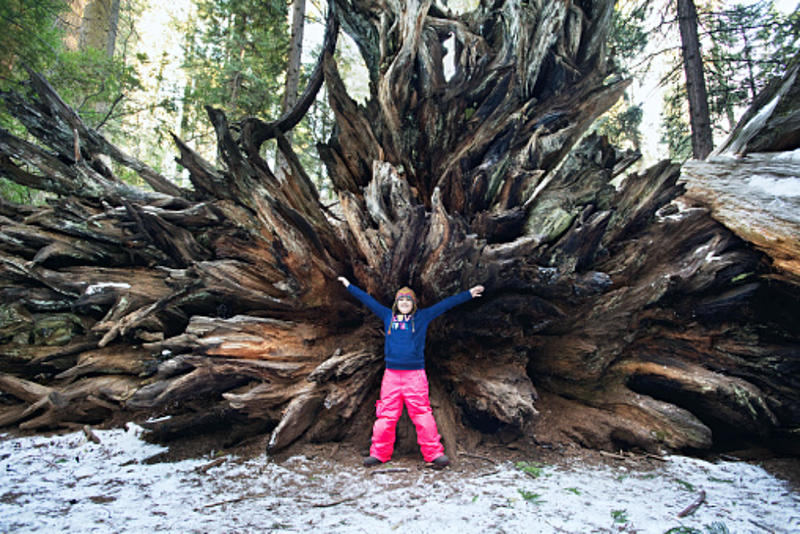 And another reader of the original story on Irish Archeology had an ever stranger claim that the reason for the man’s death was far more sinister.

“According to the rumor mill, the victim was punished for owning a copy of “Ulysses,” a man named Tony wrote. But Marion thinks that her research has only just begun… 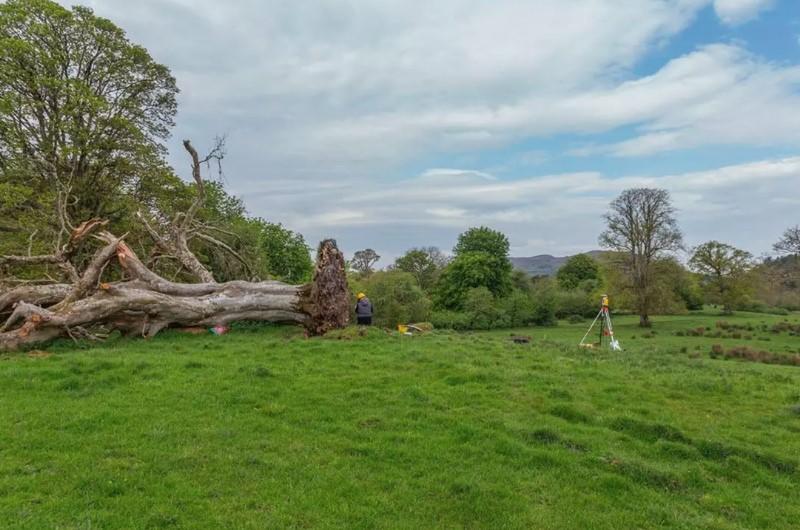 “There may be other burials in the area, we have no idea,” she said.

“There were no signs of a graveyard, but there are historical records saying that there is a church in the area and possibly a graveyard,” Marion said in an interview. “We didn’t find any signs of that so our job is finished as such, but this might lead to a bigger research project down the line.” 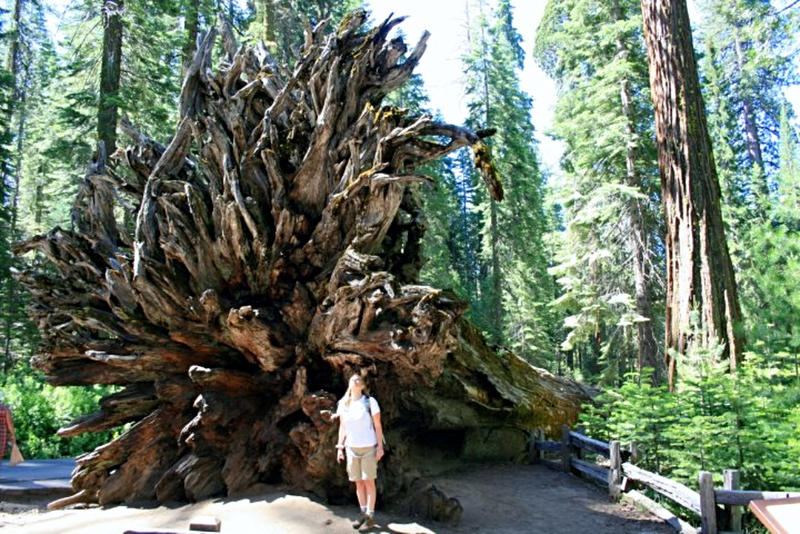 “We don’t know if he was killed in a battle or if this was a personal dispute,” said Marion, noting that the body was originally buried in a Christian fashion with its head pointing to the west. “His family or community must have buried him,” she added. 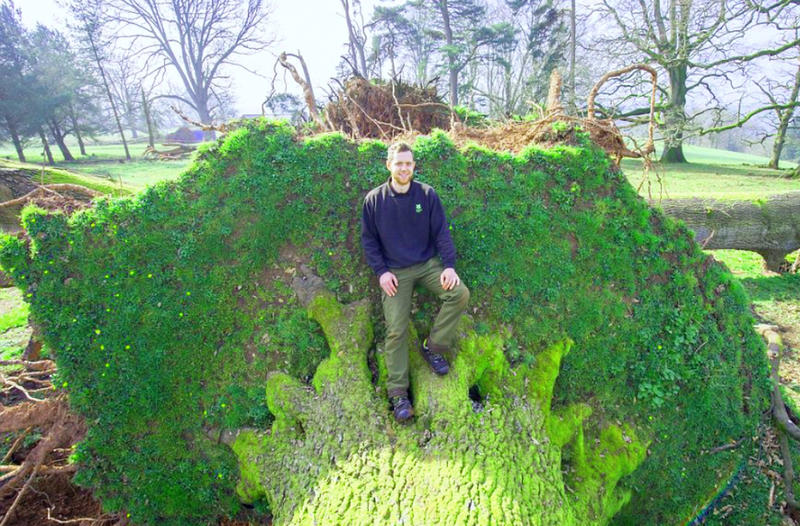 The case of the tree-dwelling medieval man is closed for now, with his remains finding their final resting place at the National Museum of Ireland in Dublin.

While this is certainly an impressive find – and a very different one to what archeologists like Marion are used to – would you want to come across something like that while out walking the dog?