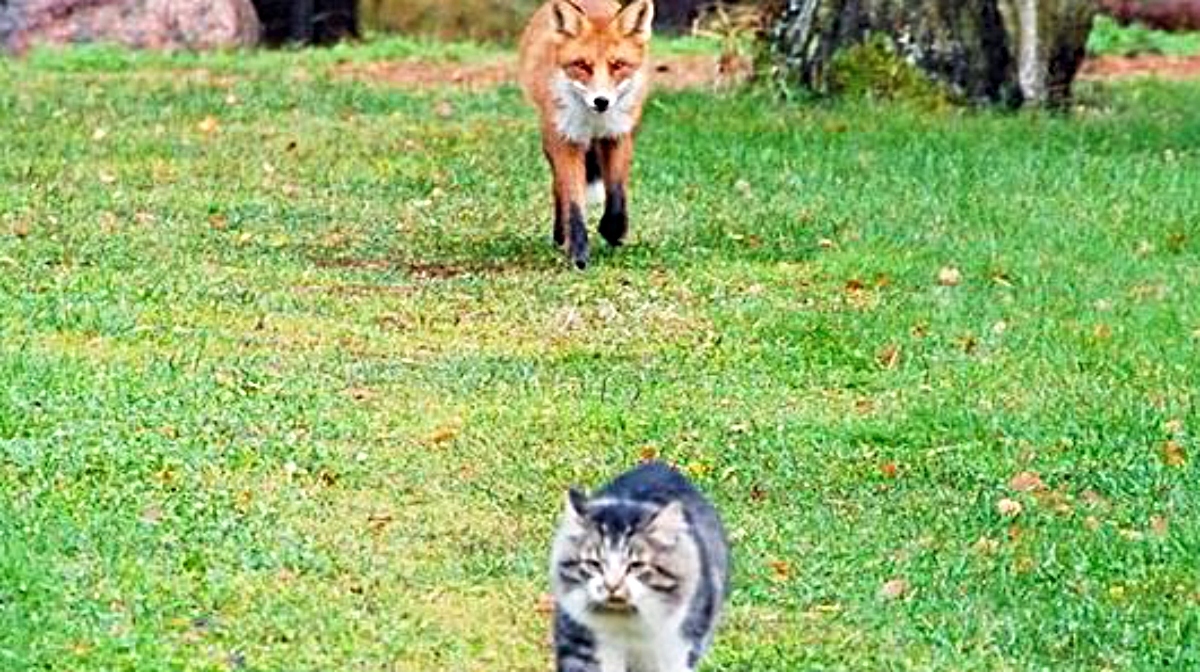 When the wild get too close to home, people start to get worried.

If it’s something big, like a bear, we worry about ourselves. But even when it’s something smaller, something that isn’t really that scary, like a fox, it can still be worrisome — especially if you have pets. 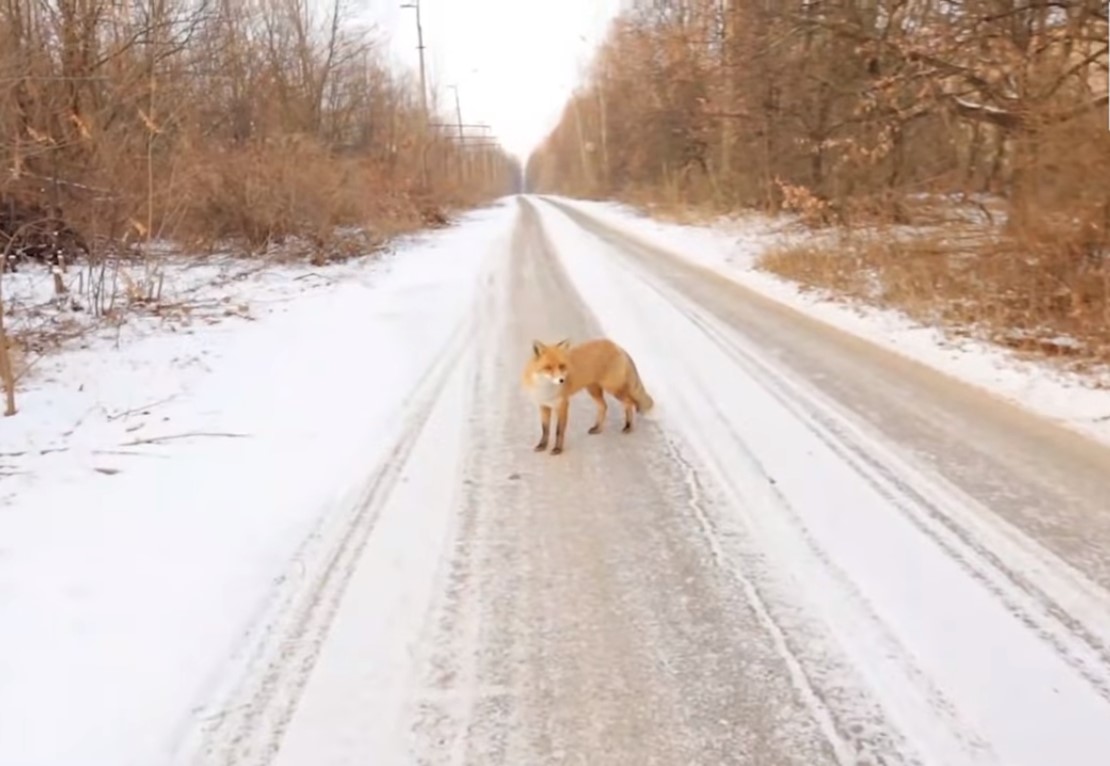 Some strange things happen in nature that you can see if you just watch for a little while.

That is exactly how this unexpected animal encounter was captured forever on camera.

Out Of Harm’s Way 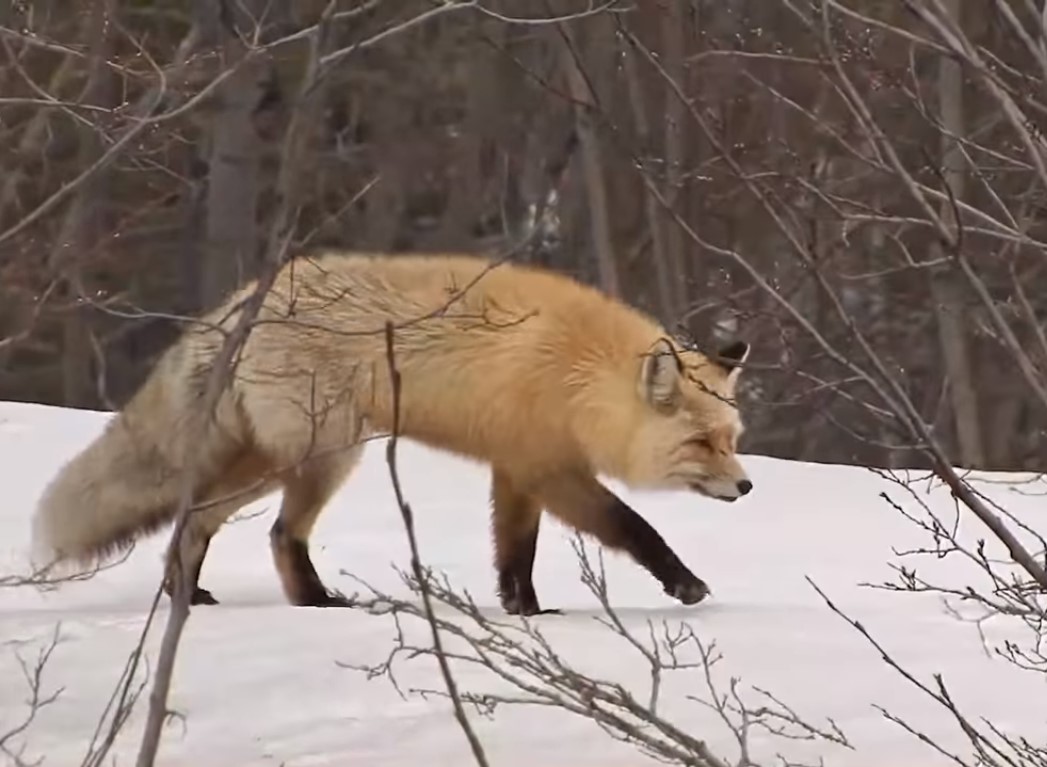 Domestic house cats can be fearsome, stealthy hunters but that doesn’t put them at the top of the food chain.

Considering that the average house cat is still a rather small animal, it would be in your pets best interests to keep them inside and out of harm’s way. 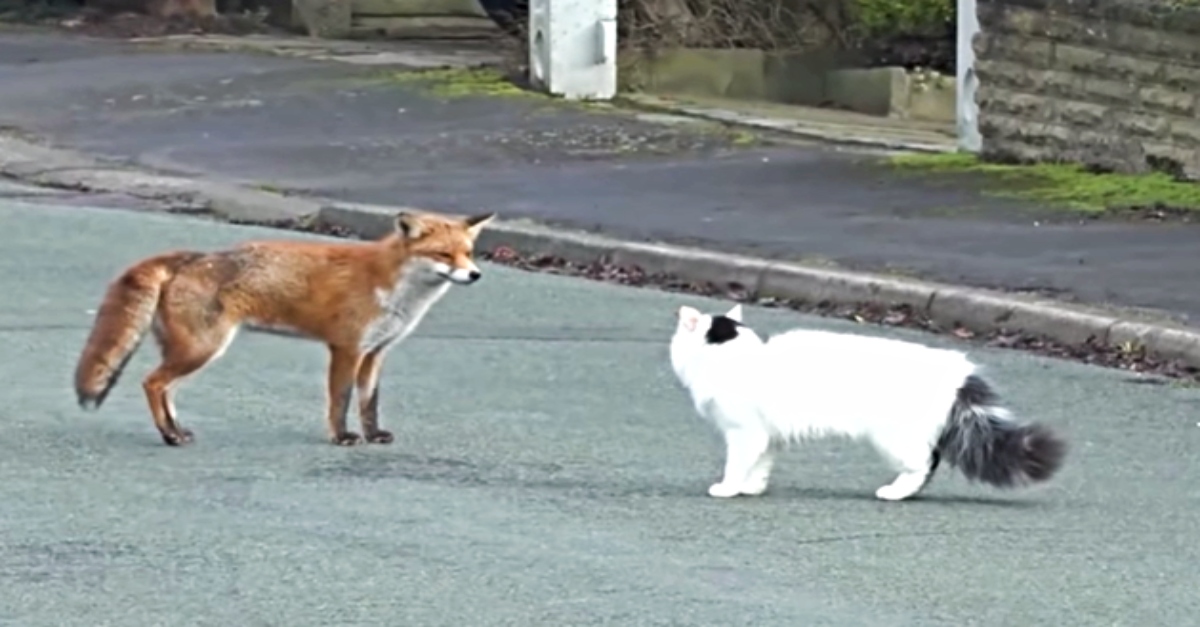 Especially when there are bigger, stronger, wilder predators prowling the street ready to make a meal out of an unsuspecting house pet.

Strangely, that isn’t exactly what happened when this fox came to sniff around. 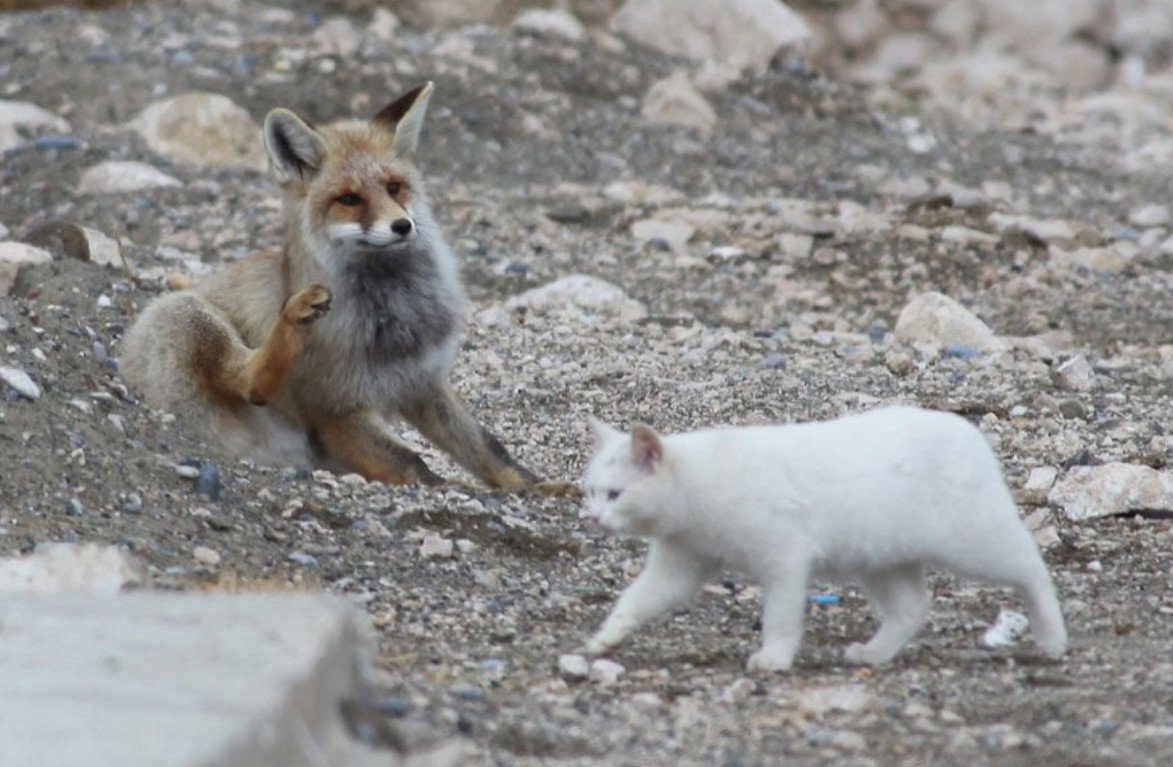 As the fox slowly creeps towards the unsuspecting pet cat, something completely unexpected happens.

Instead of the fox getting a quick meal, the cat puffs itself up to a size maybe even bigger than the fox and squares up. 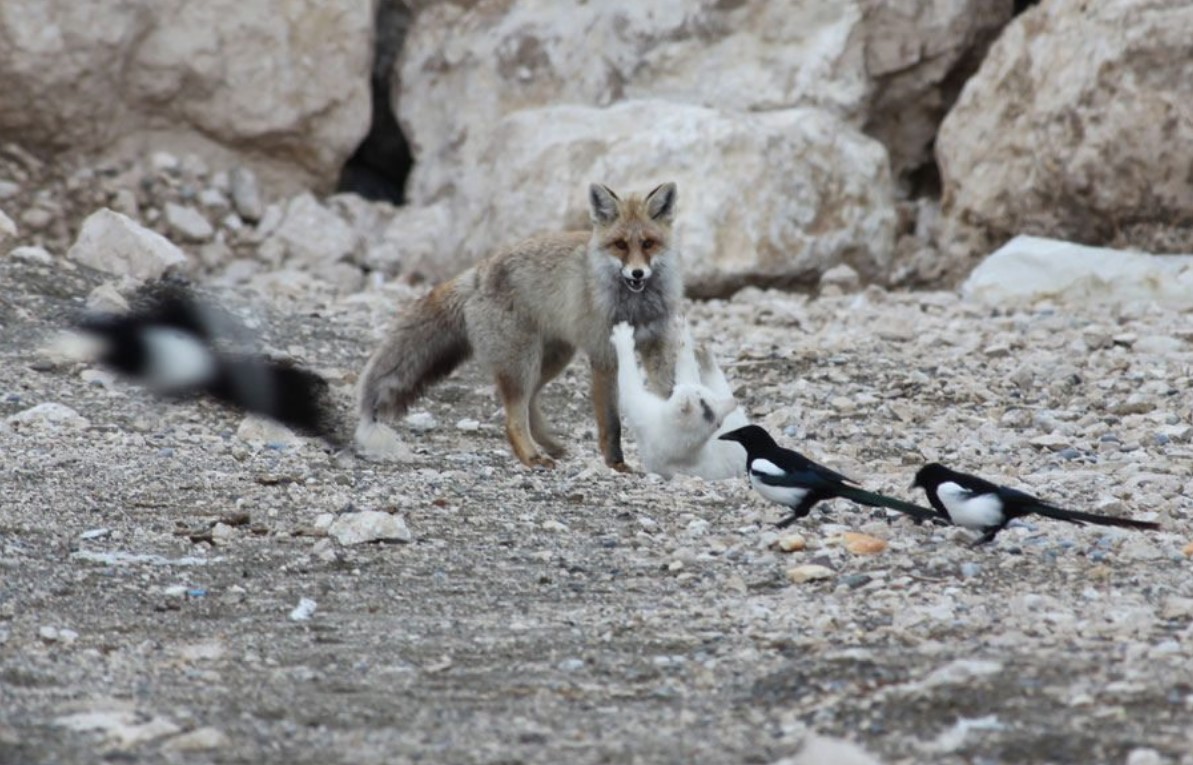 It seems that the fox was not expecting to be caught, never mind confronted, especially by its meal!

It turns tail and flees, and the big cat gives chase and stays hot on its heels. The weird encounter is only beginning. 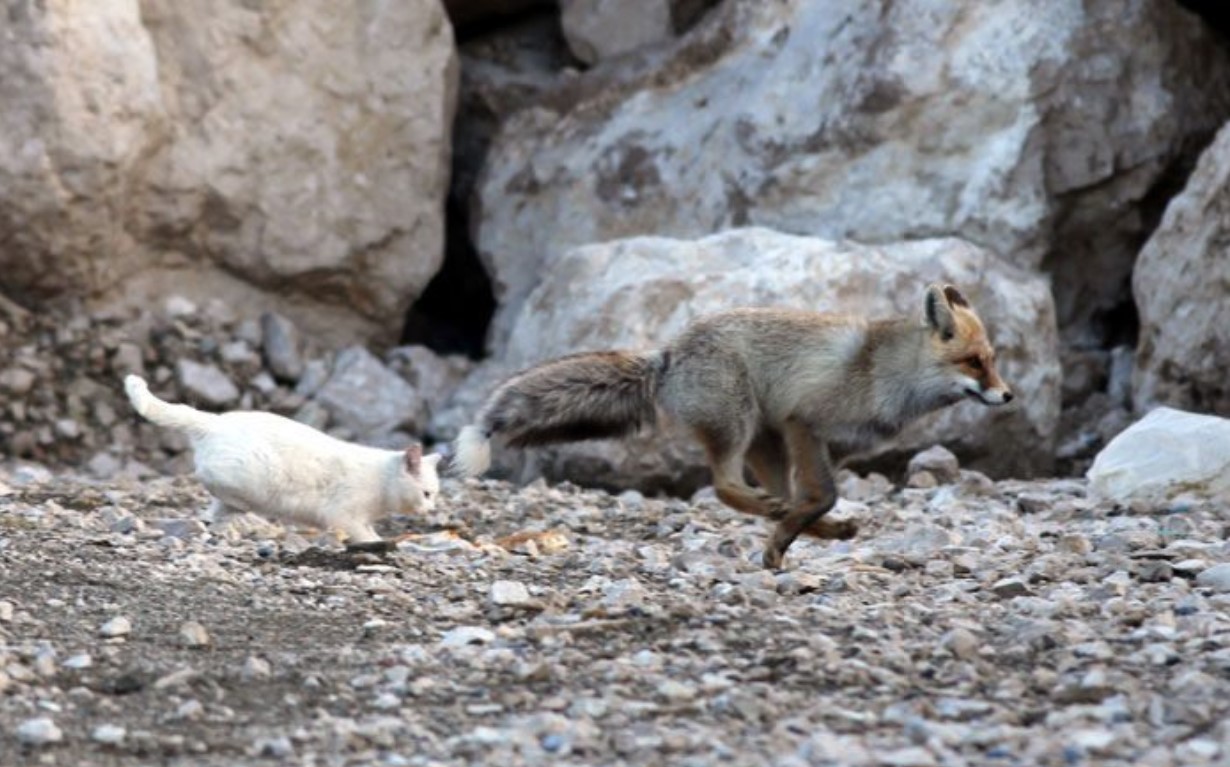 It was all a ruse. An elaborate game from beginning to end. In fact, after watching the playful pair for a while it’s apparent that they have been friends for quite some time.

There is one man who has kept an eye on the pair for more than a few years now. 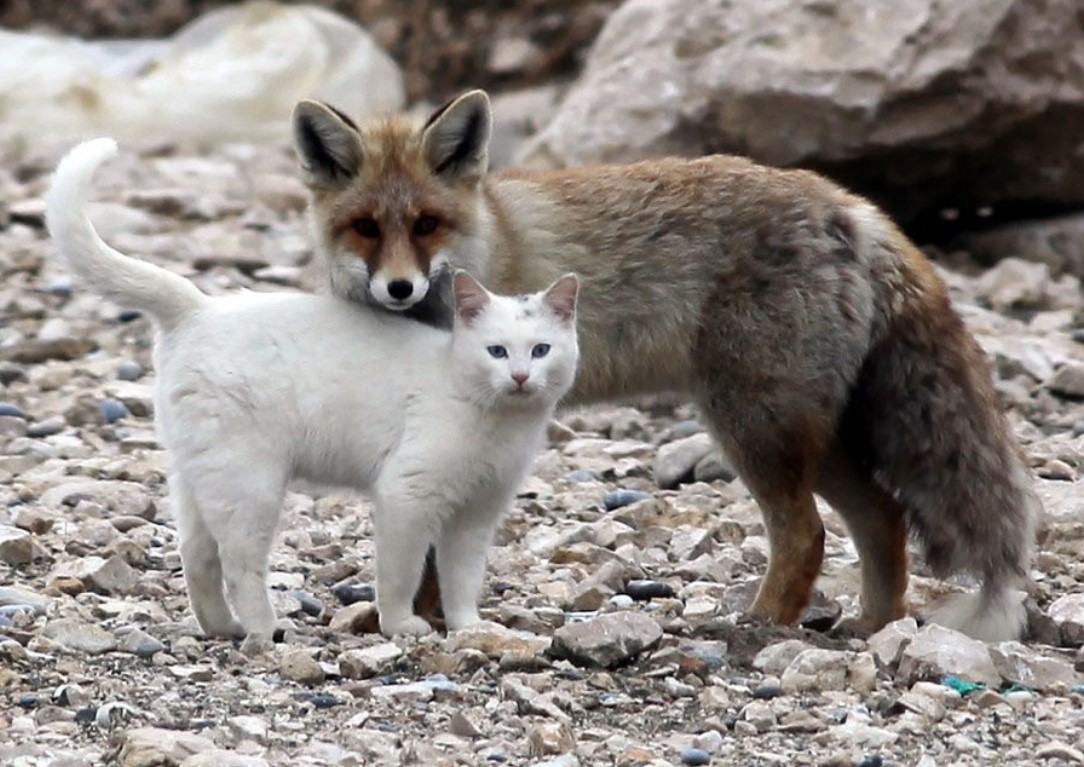 “Since that time, the fisherman has watched the budding friendship, and the unlikely couple is now inseperable.”

“He and other local fisherman continue to feed the pair, watching them frolic and play together.”

More Common Than We Think 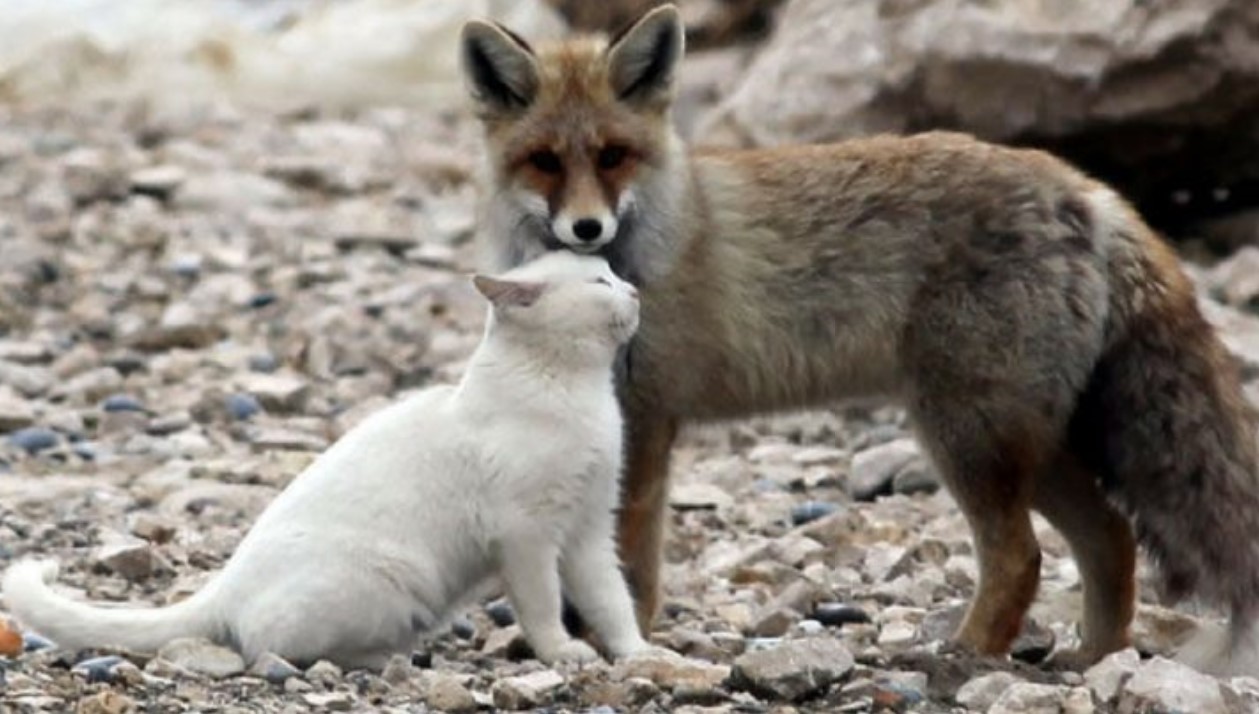 We’ve seen some pretty unusual animal friendships over the years though, so is there science behind it?

Perhaps these unusual pairs aren’t that strange at all! And maybe these interspecies (prey and predator) relationships are more common than we think.