That day, something snapped inside him. With his jaws flexing, he silently assessed the damage to his property and his land. Taking a stand against a corporate giant wasn’t going to be easy, but he didn’t care.
Even if it took everything he had, he wouldn’t be able to take his last breath before he had made them pay. 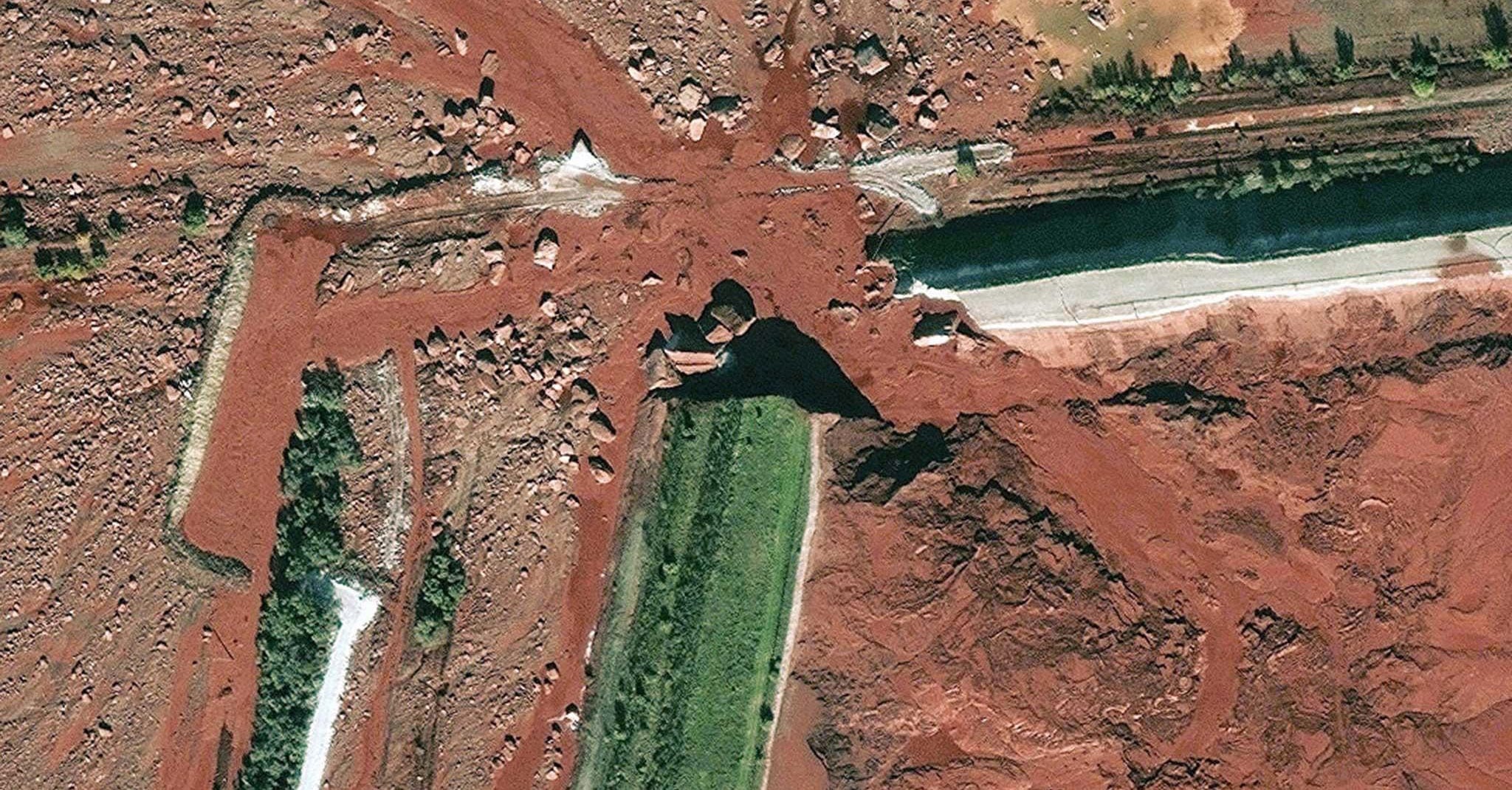 For Enlin Wang, life hadn’t been easy. As a farmer from rural China, he lived a simple life. At 60 years old, he was still eking out an existence for himself by working his land to put food on the table. But Enlin’s simple life was about to take an unexpected turn.
Things were about to get complicated. It all began on the eve of the Lunar New Year. 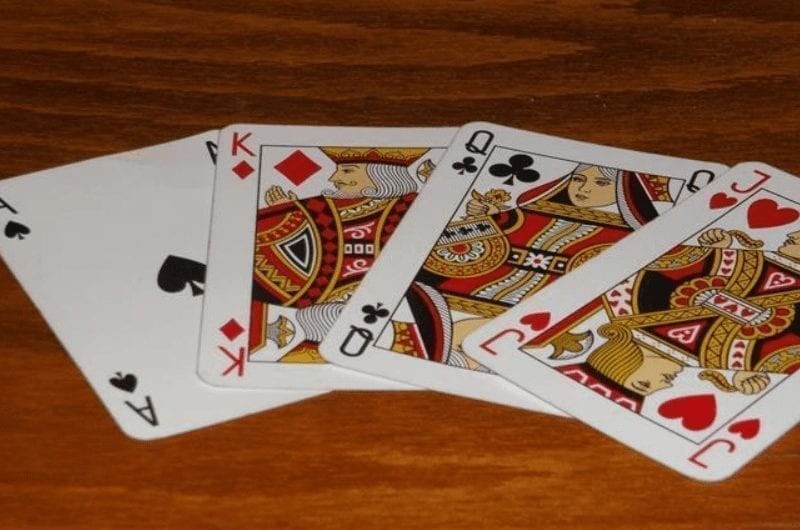 On the eve of the Lunar Year in 2001, Enlin had spent the evening making dumplings for a few of his neighbors. Enlin and his friends were playing a quick game of cards and looking forward to the holiday feast.
Suddenly, gallons of foul-smelling water flooded the house! When Enlin walked outside, he discovered the cause was the Qihua factory. 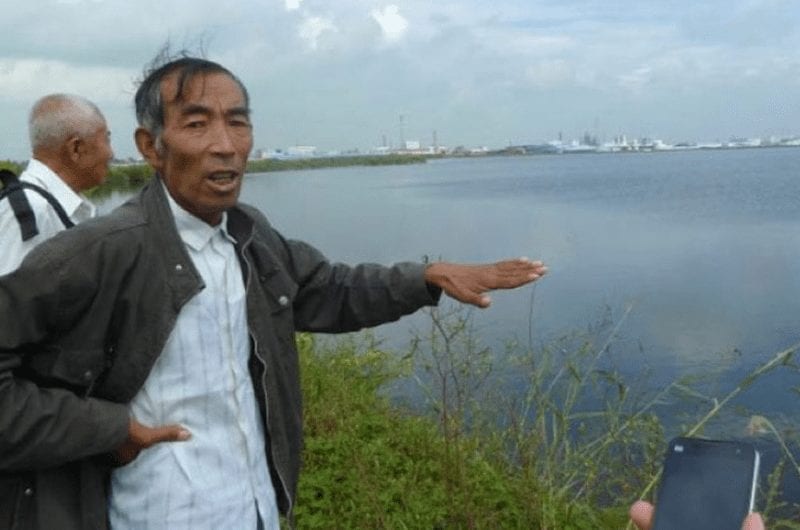 Enlin was horrified as he surveyed the extent of the damage. The wastewater from the factory had not only flooded the homes in the village but, even worse, it had also completely covered the surrounding farmlands.
Apparently, the Qihua Group had filled a 478-acre pond — situated just outside the farmlands — with putrid liquid waste from the factory nearby. But Enlin’s uphill battle was just beginning. 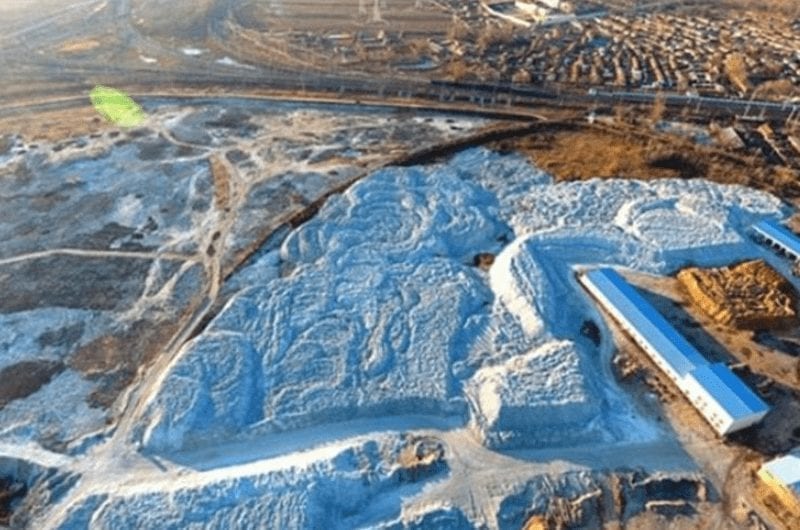 The factory that dumped their liquid waste outside Enlin’s farm belonged to the Qihua Group, whose assets exceed almost $400 million. The pond they had filled with waste had overflowed and poured into the village of Yushutun, leaving the villagers’ homes and farms covered in polluted water.
Now, the polluted land would be sterile and useless for farming. But how was the factory allowed to do this? 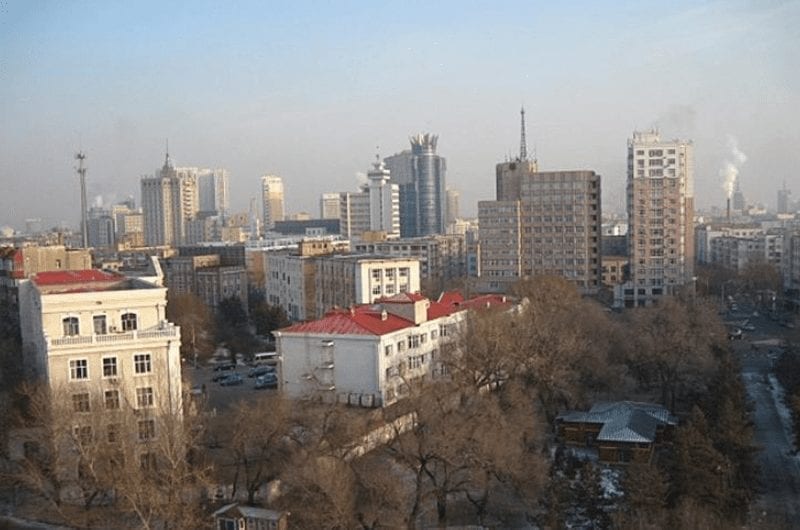 A government document explicitly stated that the polluted farmland could not be used for farming. The land on which the chemicals were spilled was “salted.” Enlin and his neighbors wouldn’t be able to grow healthy crops on the contaminated land. And things just got worse from there.
But what chemical would contaminate an entire tract of land in such a way? 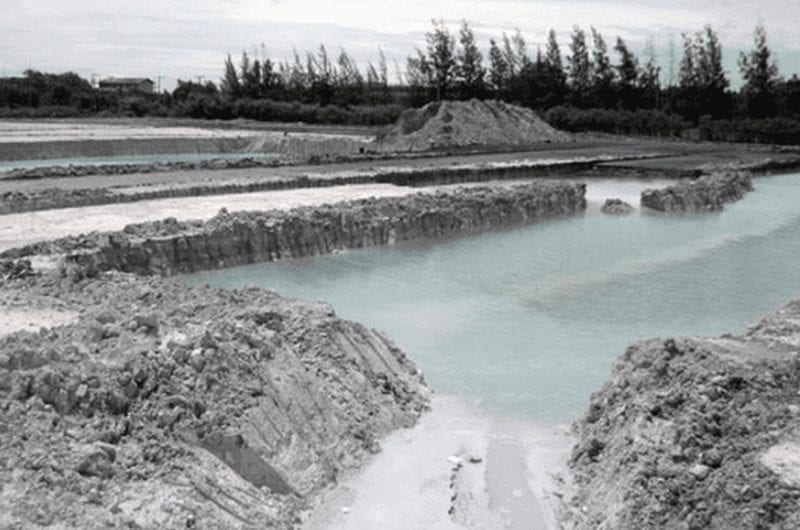 The factory created vinyl products, which produced a byproduct called polyvinyl chloride. This waste product was collected by the factory and dumped every year. In fact, the amount of chemical waste that was released amounted to nearly 20,000 tons per year.
In short, the Qihua Group had created a 71-acre wasteland with calcium carbide residue in addition to their pool of liquid waste. But what did this mean for farmers like Enlin? 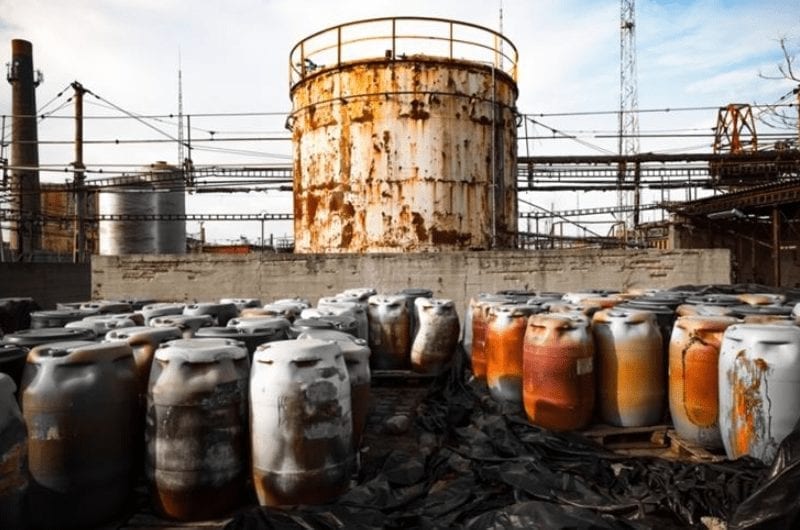 The Qihua Group recklessly continued to dump their hazardous waste into the area around Yushtun village. This went on from 2001 to 2016. Of course, this had a terrible effect on the village’s residents — all were farmers and relied on their land and fertile soil to make a living and feed their families.
Enlin knew that he and his neighbors had lost their livelihood. And he wasn’t going to take it lying down. 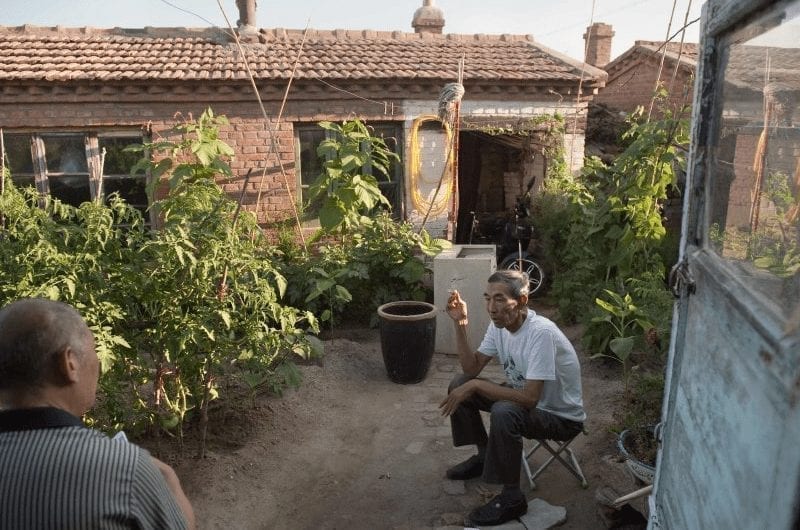 Enlin gathered the residents of the village and contacted the Qihua Group directly. He begged for restitution — the farmers could no longer make a living for themselves. But the corporate giant had an ace up its sleeve. They demanded concrete evidence that the farmlands had been contaminated.
Enlin was a farmer, he knew nothing about chemical waste! How could he prove it? Not only that, but the villagers couldn’t afford a lawyer to fight for them. What could they do? 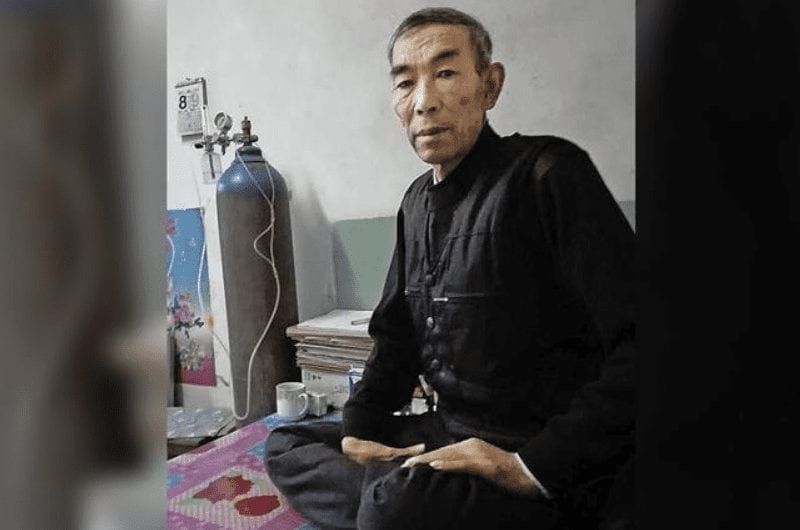 At a complete loss, Enlin wrote a letter to the Land Resources Bureau of Qiqihar, complaining about the pollution and waste that the evil Qihua Group had unleashed on his community. He pleaded them to help him bring the corrupt corporation to book.
But local officials were unable or unwilling to help! But Enlin had another plan. He knew it would take everything he had. But he had to try. If he couldn’t afford a lawyer to fight his case, he would have to learn the law himself. Qihua and local officials had demanded more evidence, but he needed to know how to present his findings and plead the village’s case.
But all he knew was farming — he had no idea what would even constitute as evidence! How could he possibly appear in court? 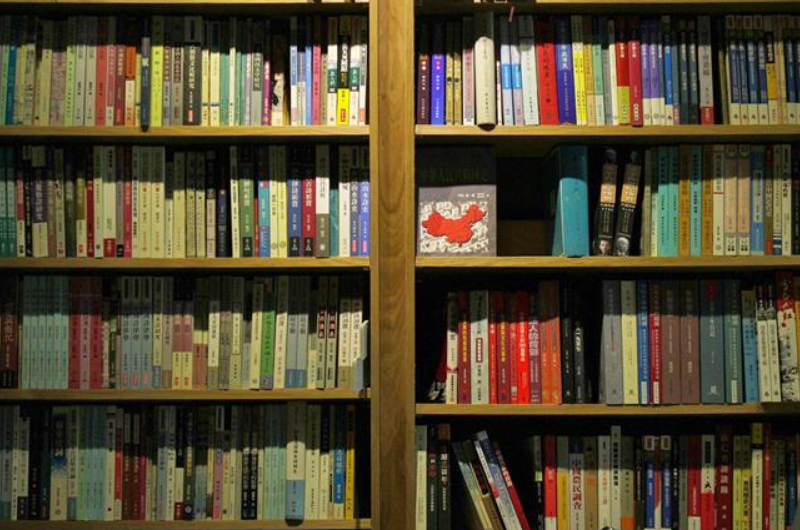 Now, Enlin had only received a 3rd-grade education. He needed to brush up on his studies, at the very least.
He told his neighbors that he didn’t care if it took him a decade, he would find a way to make Qihua pay for what they had done. But first, he needed access to the books. And so Englin began his arduous journey for restitution. He made a deal with the local bookstore, exchanging bags of corn for time to read the books. He sat quietly for hours in the store and absorbed all the knowledge he could.
He painstakingly copied down information by hand so that he could study it when he was back home. As you can imagine, this was a painful process. Enlin was armed with his dog-eared dictionary and a head full of knowledge. He spent all his free time building a case against the Qihua Group. Even though he was a humble farmer with a very limited worldview and even less experience, he was making progress.
Soon, news of his efforts spread all over the village, and eventually, a Chinese law firm got wind of Enlin’s cause. Enlin had studied the law for years now. He had finally managed to build a strong case against the unsuspecting Qihua Group. Then, in 2007, a Chinese law firm that specialized in pollution heard about his efforts and offered him free legal advice.
Now, Enlin would be ready to defend his community when the time came. By now, Enlin had become a hero in his rural village. His neighbors rallied behind him — after all, he was fighting for them too. He was fighting for his fellow farmers’ rights, and he prayed that they would be compensated for their losses.
They were depending on him. But when all was said and done, would justice prevail? However, even after all his efforts, the court only began to process Enlin’s petition for the case in 2015 — eight years after the original petition had been made.
But, when they finally agreed to meet with him, Enlin knew that he had enough evidence to win. In 2016, the Angangxi District Court took the case. It was now or never.


Taking Down The Giant Enlin stated his case and presented his evidence. The first hearing was concluded and the court ordered the Qihua Group to remove every trace of chemical waste in and around the village. But, Enlin also had another victory that day.
The court also ordered the Qihua Group to pay $120,000 to the 55 families that had been affected as compensation. Enlin’s persistence had finally paid off. It took him 16 years, but he had done it!
Must Read
Human Geneticists Finally Apologize For Horrific Past Experiments On Humans
The World Is Now 90 Seconds To Midnight
New Study Suggests Teacher Evaluations May Perpetuate Academia's Gender Biases