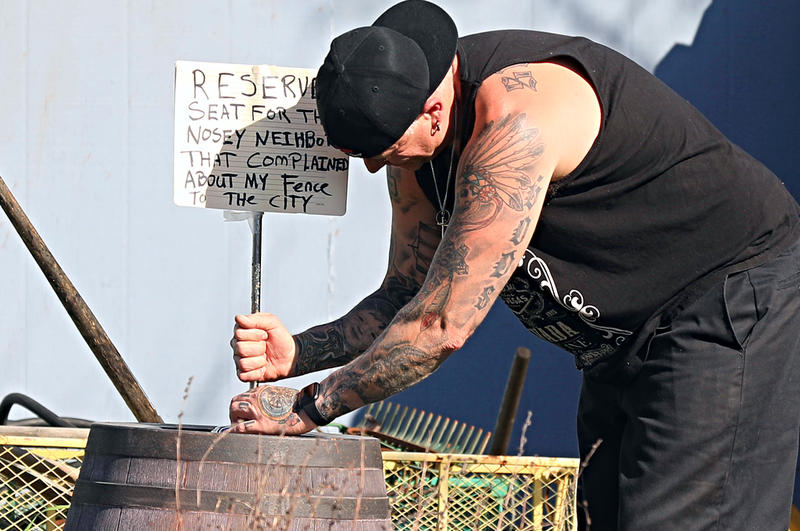 He took the letter he got from the city very seriously. He got quite anxious over things like this. He was a “dot every ‘i’ and cross every ‘t’” kind of person.

The letter requested that he lower his fence… the fence he built so his dog could be safe. He knew who had complained about his fence – his nosy neighbor. He would get her back for this. 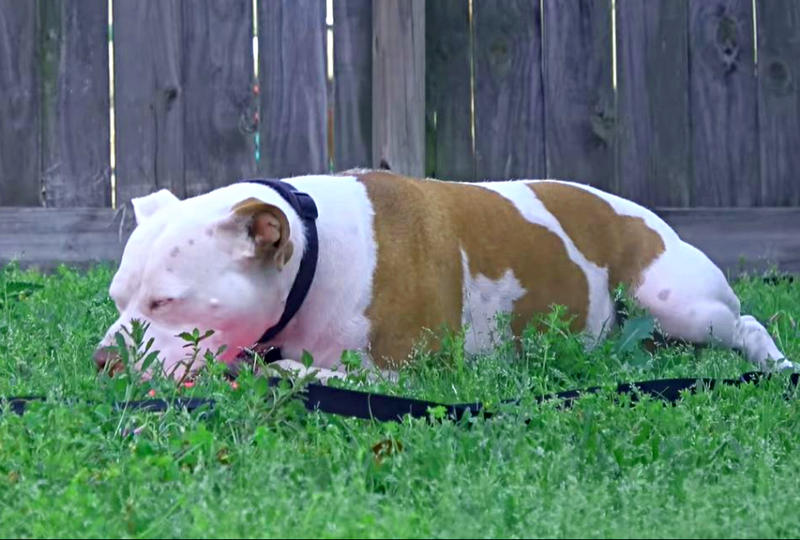 Jason Windus lived alone with his dog, you can imagine then how much he loved the animal. He would keep his dog safe at any cost. He spent a fortune constructing a solid fence that would keep his dog from running into traffic or being hurt by anyone else.

But his next-door neighbor wasn’t so enthused by his fence. In fact, they didn’t see why it was so necessary, they had different priorities. 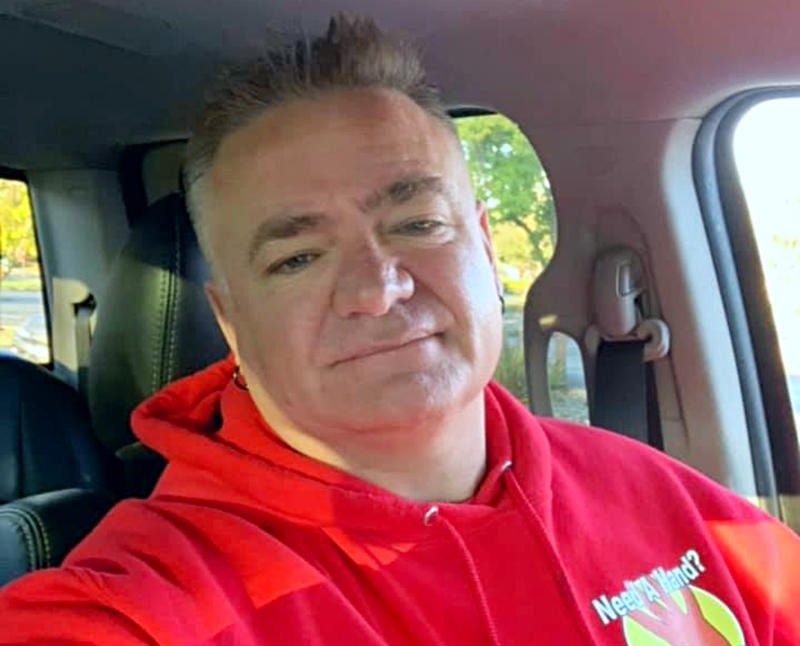 Jason awoke to a letter one day. It was from the city. He owned a small business so he had always made sure to pay his taxes and followed every business regulation so he could avoid letters like this.

He stared down at the sealed envelope and took a sip of his morning coffee. With a sigh, he ripped open the envelope took a look inside. 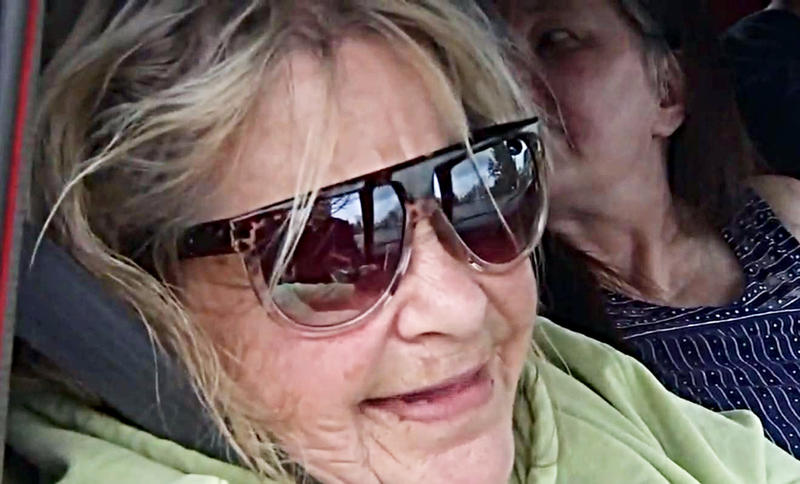 The letter told Jason that there had been a complaint about his fence and that it was breaking zoning laws. It was far too high and “blocked a suburban corner.”

He only just constructed the fence and it was for security! The letter finished by stating that he’d it could only be 36 inches in height or he’d get prosecuted. He didn’t blame the city, he blamed whoever had sent in the anonymous complaint.

A Lot Of Money 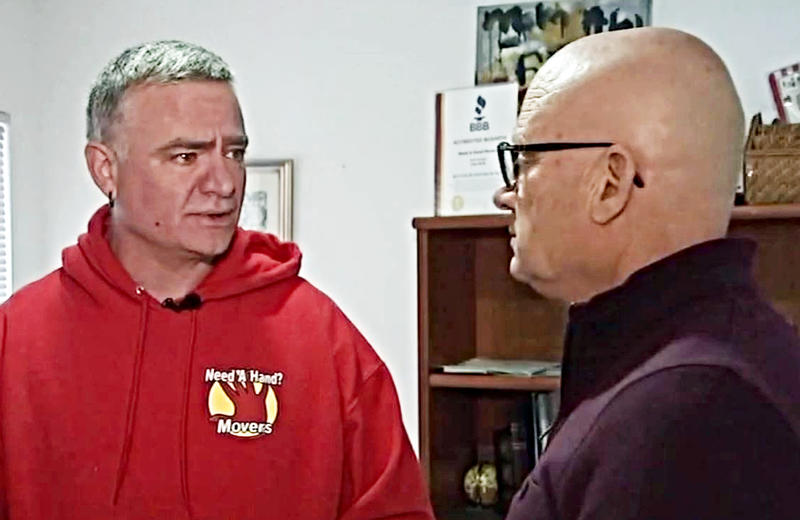 Jason started feeling anxious. He had paid a fortune for the fence and now he’d have to pay even more money just to have it reduced to 36 inches. This meant wasting a lot of his hard-earned money.

“They were going to fine me every day it wasn’t taken down,” Jason stated. Was there something he could do that would make him feel better about it all?

Cut Down To Size 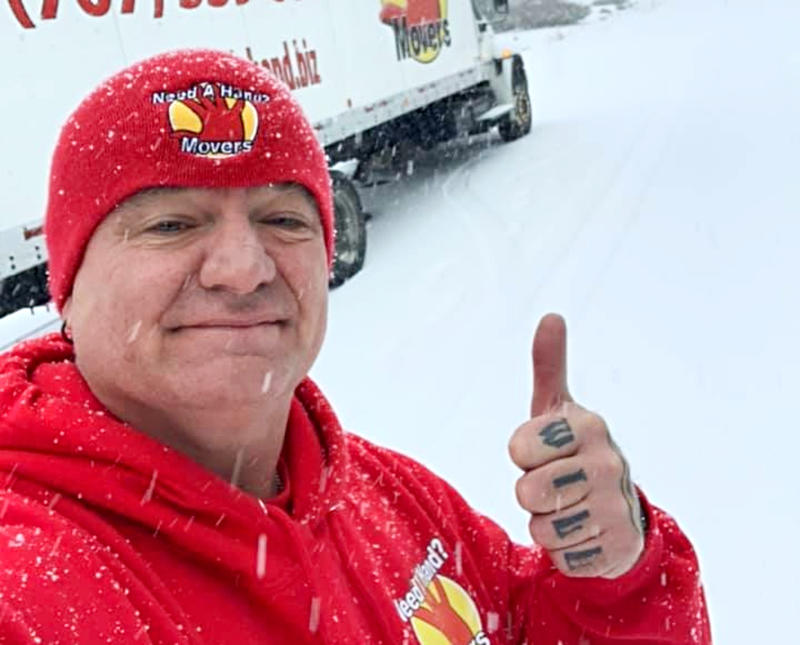 Fortunately, Jason was a mover. This meant he’d come across some curious items in his years. One of the items was a welcomed chainsaw.

He was quite sure he knew who had complained to the city. His fence wasn’t even hurting anyone. She always had something to complain about no matter the situation. 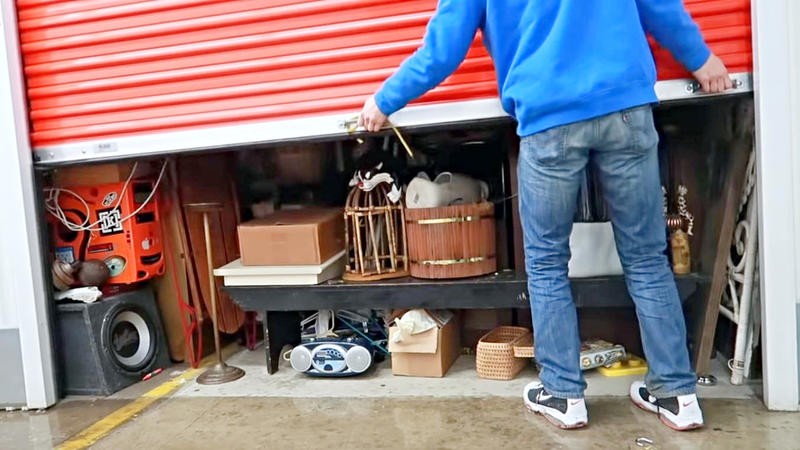 Jason owned a storage locker that had a lot of things he had accumulated over the years. These items were mainly junk that previous homeowners couldn’t move with them or didn’t want.

He asked for help from a friend, who agreed to trim his fence with the chainsaw. But as he took out the chainsaw from the storage locker he noticed something staring back at him. 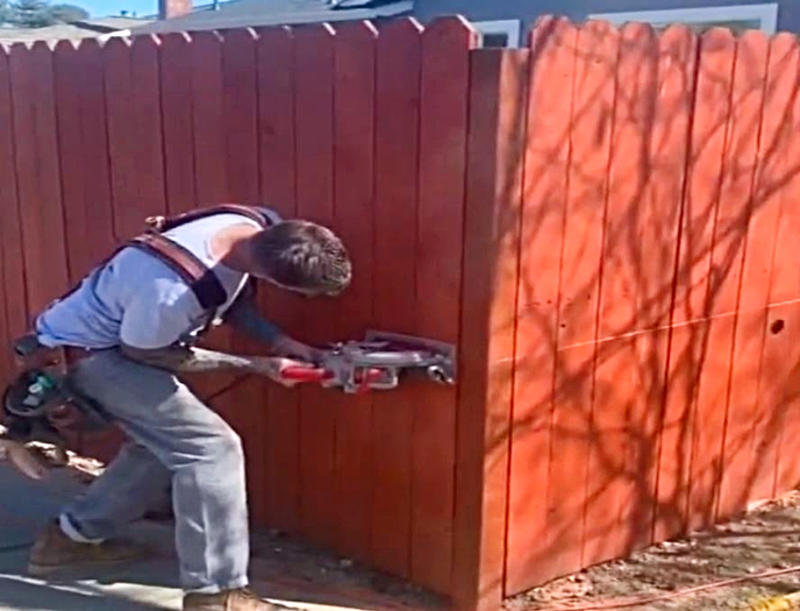 Jason but the chainsaw in his truck while he hatched a scheme that would make his neighbor understand he meant business. She should never have reported his inoffensive fence.

He assessed the risks and decided there would be nothing she could do about his plan. It was airtight. He hoped she’d complain again just to see her reaction.

Right By The Action 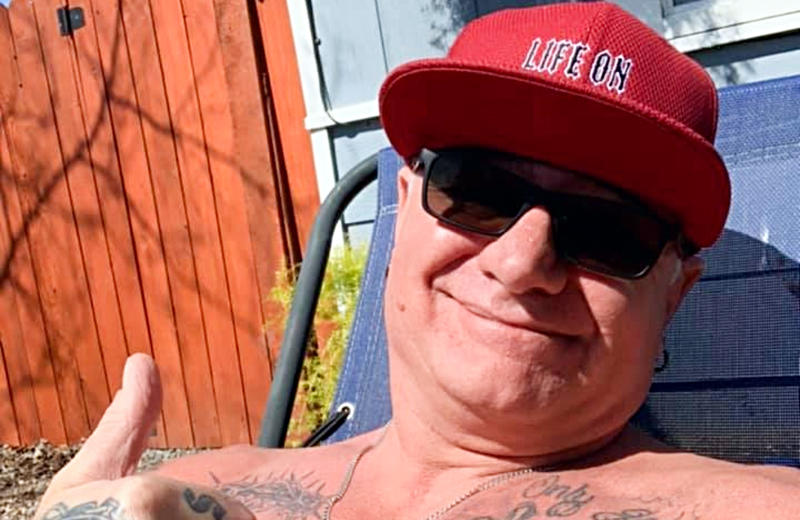 After setting up his plan he leaned back in his chair right by the street. He’d be right be the action where he could see her reaction. After trimming the fence his neighbor would have a clear view into his yard, he sat back and waited.

He saw her car driving around the corner. When she noticed him the look on her face gave him all the information he needed to know – he could tell she was the one that complained. Jason just smirked and waved at her as her eyes widened in disbelief.

Not Dressed For The Occasion 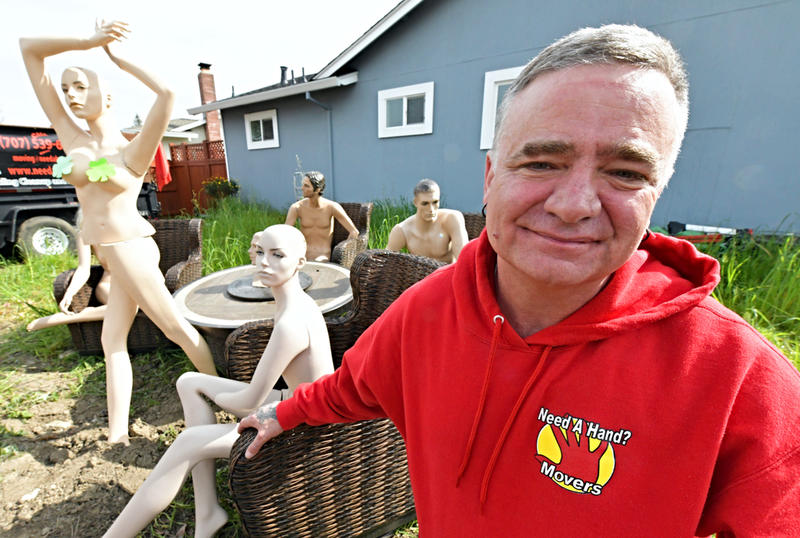 She looked speechless. She could only look in horror at the naked mannequins that Jason had set up around his yard. He’d gotten them from a clothing store that moved a few years back. He now understood why he had kept them.

Originally he was going to shoot at them but this was so much more satisfying. This wasn’t the end of his neighbor though. 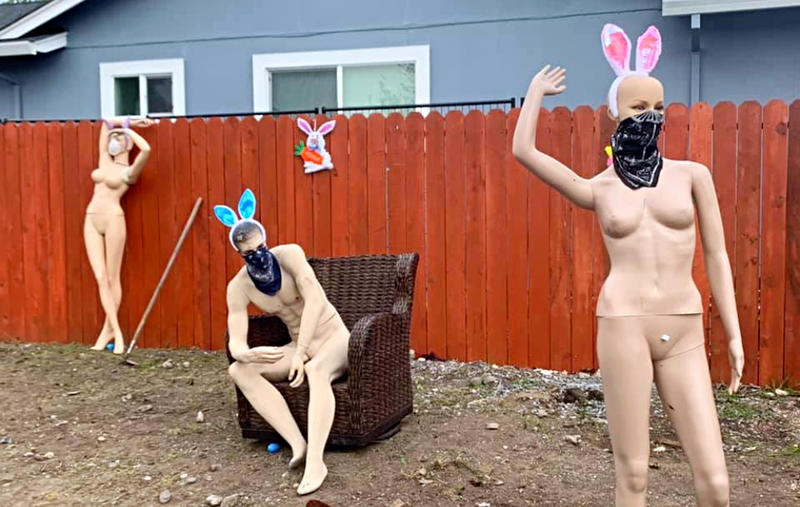 For Easter, Jason positioned the mannequins in accordance with social distancing rules – including protective masks and seasonal bunny ears.

“Makes the place more interesting,” said one resident, who couldn’t wait to see what Jason would come up with to entertain the neighborhood next. After the pandemic sparked widespread preventative measures to curb the spread of the virus, Jason continued to show his fellow residents where he stood on the matter of masks and social distancing by placing the mannequins six feet apart from each other.

“Social distancing. Even a dummy can do it,” Jason explained. “It’s a thank you to first responders, police, doctors, nurses, people who work in grocery stores.” But what did the neighbors think? “I think they set a good example for all of us,” said Gloria Mosenberg.

Not only did Jason create a humorous reminder of why we all need to practice good sense during the pandemic, but he seemingly hasn’t broken any laws either, despite the cheekiness of his display. In fact, Jason was eventually forced to submit a complaint to the city himself. Jason lodged a formal complaint with the city, claiming the lower fence now posed a security risk after he woke one morning to find someone had jumped into his yard and stolen two of the mannequins.

With no response from the city, Jason had no choice but to remove his display to keep his property safe from intruders. But this wasn’t over. Seeing as his other more friendly neighbors enjoyed the installation so much, he decided to bring his garden party guests back for an encore.

After purchasing a couple of replacement mannequins online, Jason continued to arrange the dummies to entertain the neighborhood – and it’s earned him quite the reputation among residents as word of his unusual yard spread. “Oh, the mannequin guy!” exclaimed Donna Bourdet when asked what she thought of Jason’s funny protest. “I really am proud we have them. It’s good to have eclectic people in the neighborhood.”

So despite thinking he’d cause a stir, Jason’s mannequins ended up making him the talk of the town. But what did the woman who complained have to say about it all? Displayed in pride of place next to the mannequins is a large sign that reads, “Reserved seat for the nosey neighbor that complained about my fence to the city.”

“They wanted me to tear down my fence to see inside my yard, and now they get to,” Jason pointed out. But did the neighbor take him up on his hospitable offer? Sadly not. Not yet anyway. But Jason has gone to greater lengths to woo the woman who has caused him so much grief.

The creative homeowner arranged his mannequins in a romantic display for Valentine’s Day, but sadly still no appearance from the disgruntled resident. And that’s not the only holiday Jason has celebrated with a dummy display. Refusing to let the popular Irish holiday go without a proper celebration, Jason decked out his yard in a fanfare of green decor for St Patrick’s Day.

At this point, it looked like the woman who complained was never going to show her face, but it seemed a shame to put the mannequins back into storage. So, Jason pulled out a pencil and paper. With some help from a few friends, Jason totally redesigned his yard and built some new flower beds around the mannequins to show they were here to stay.

How would you feel if you had to drive past Jason’s risque display every day? Too much, or a creative response to a problem that didn’t exist in the first place?