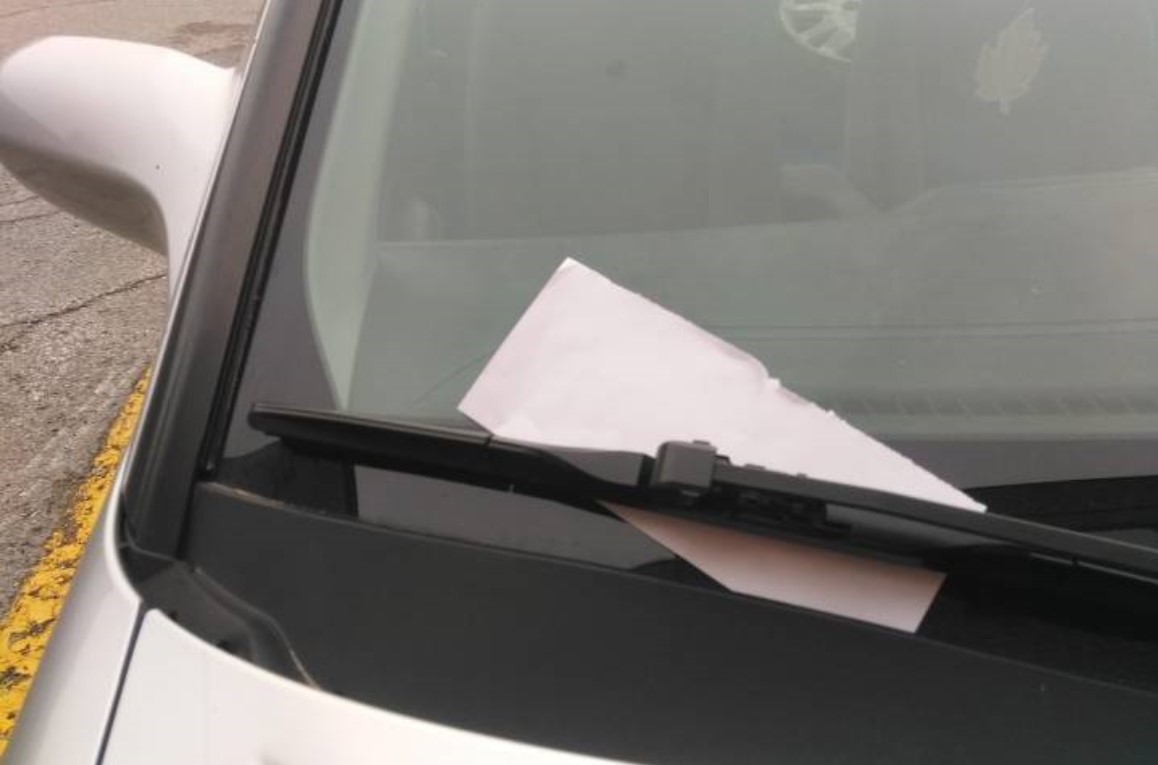 Returning to your vehicle to find a note on the windscreen usually means one of two things.

You’ve been dinged and the person left their details, otherwise, its a cop who’s dropped you a ticket. This time, however, it was something completely different. 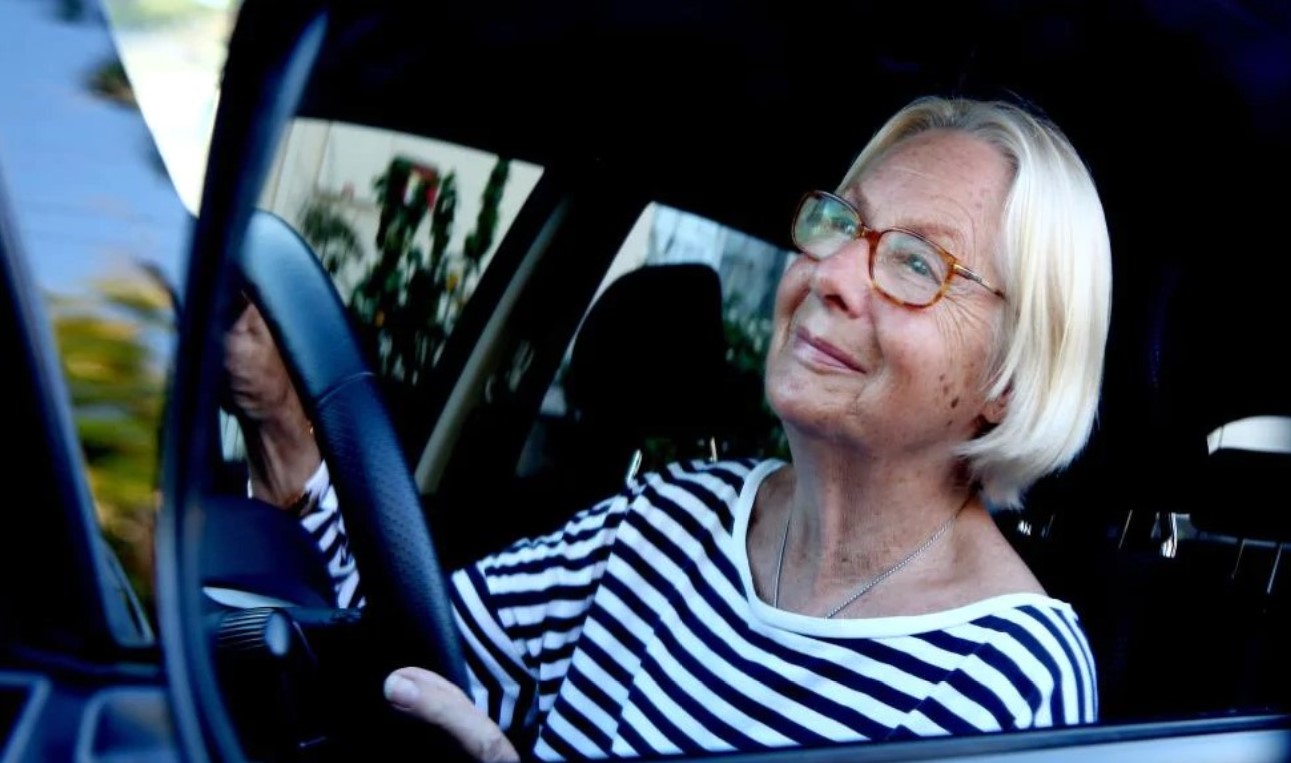 A concerned motorist was driving by when he noticed something out of the ordinary. He left a note for the owners of the motor vehicle, for their own safety.

No, he hadn’t bumped into their car and he wasn’t a traffic officer. But what did he see? 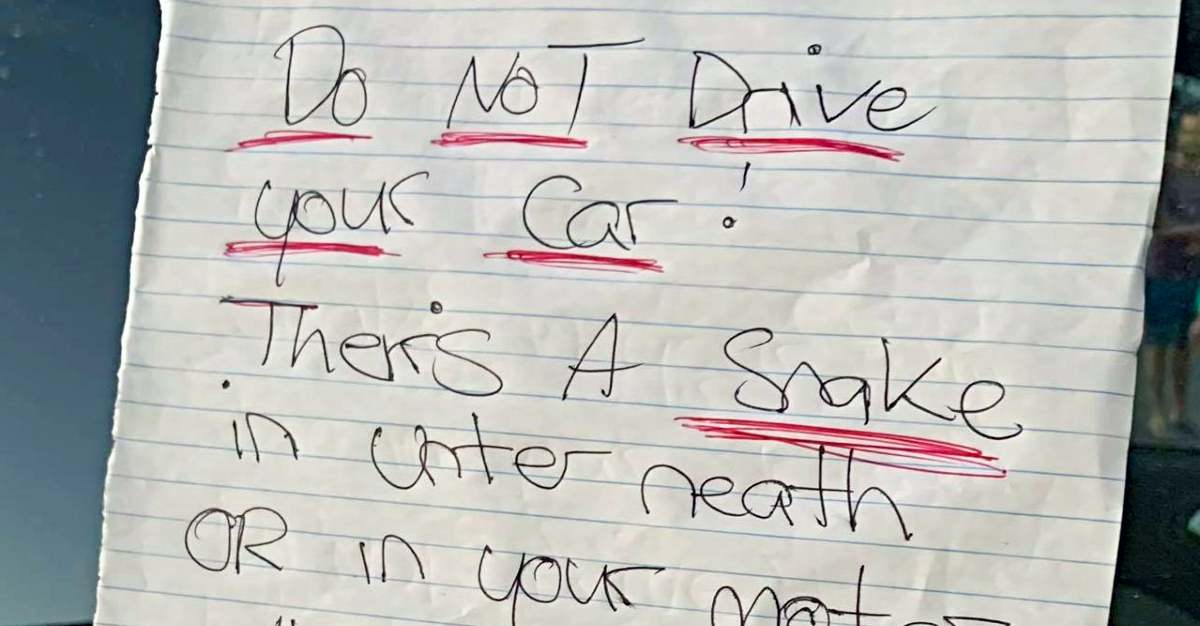 The message came with an alarming warning to the owner of the motor vehicle. When the family got home, they noticed the note on their windscreen and proceeded to open it.

They were somewhat surprised by what they had been informed about.

Was It Still There? 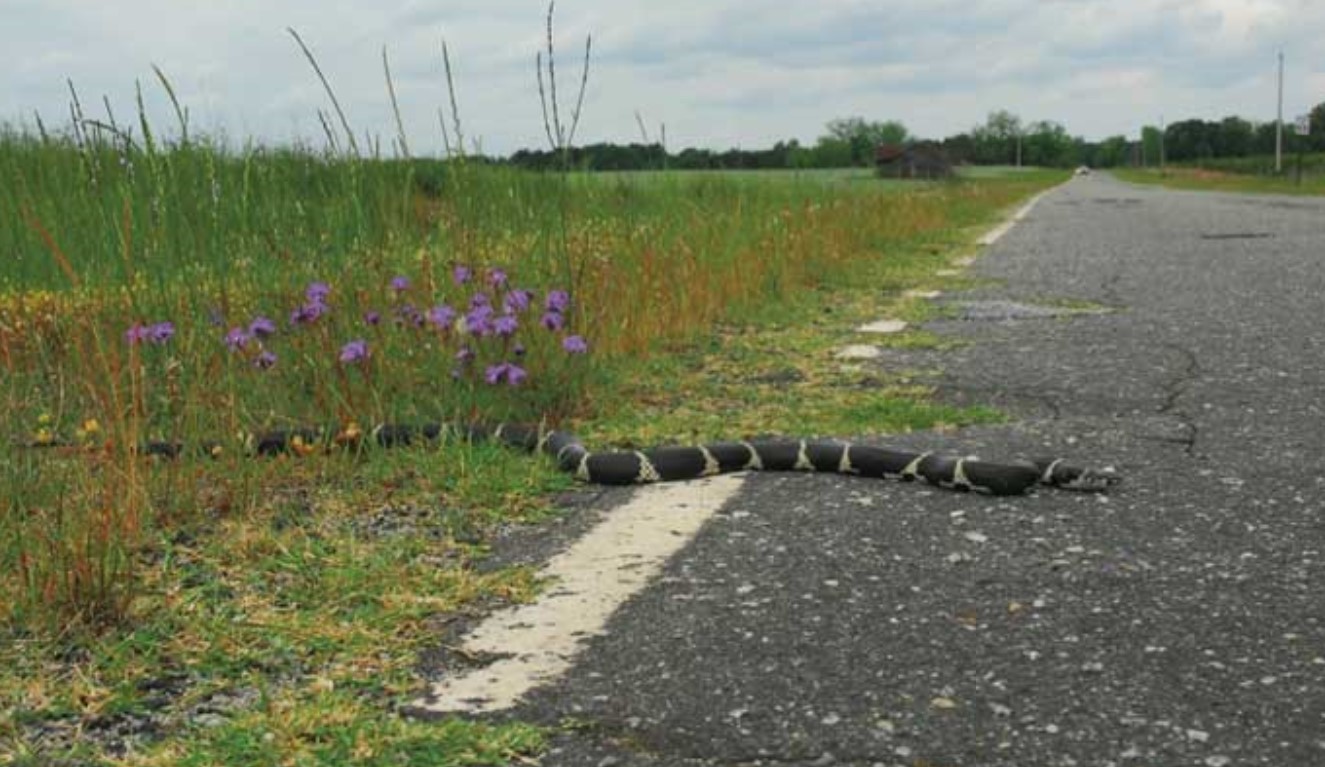 The person driving by had spotted something under the car, going into the engine bay.

The note said it was a snake, but the family at this point were confused to whether it was still there or not. So they decided to do some investigating themselves. 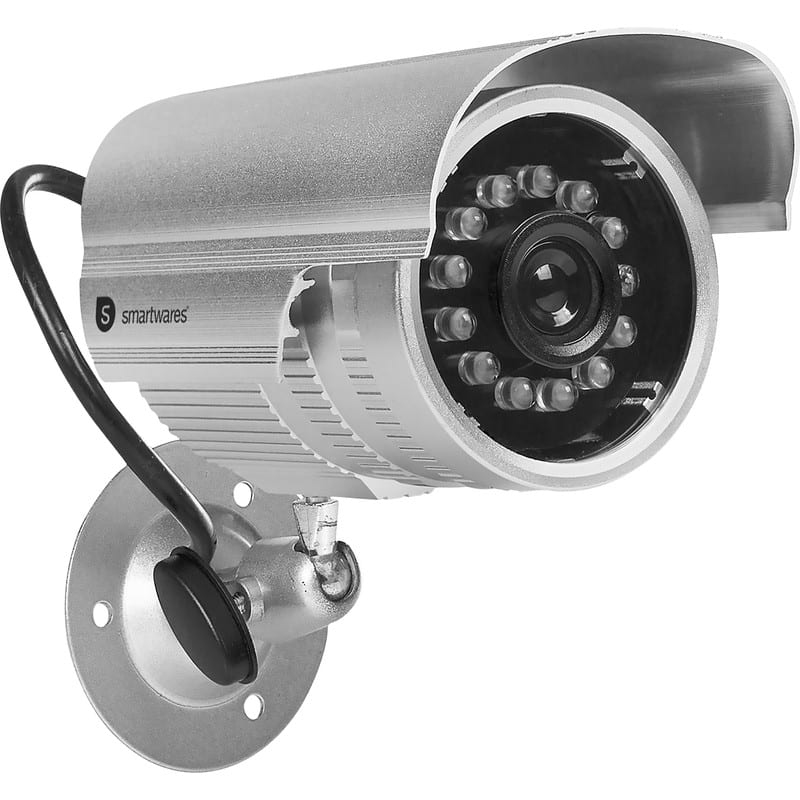 Fortunately, they had CCTV footage outside their house where the car was parked.

The episode was recorded and because they were terrified of snakes they proceeded to call a snake catcher. The snake could have potentially been venomous. 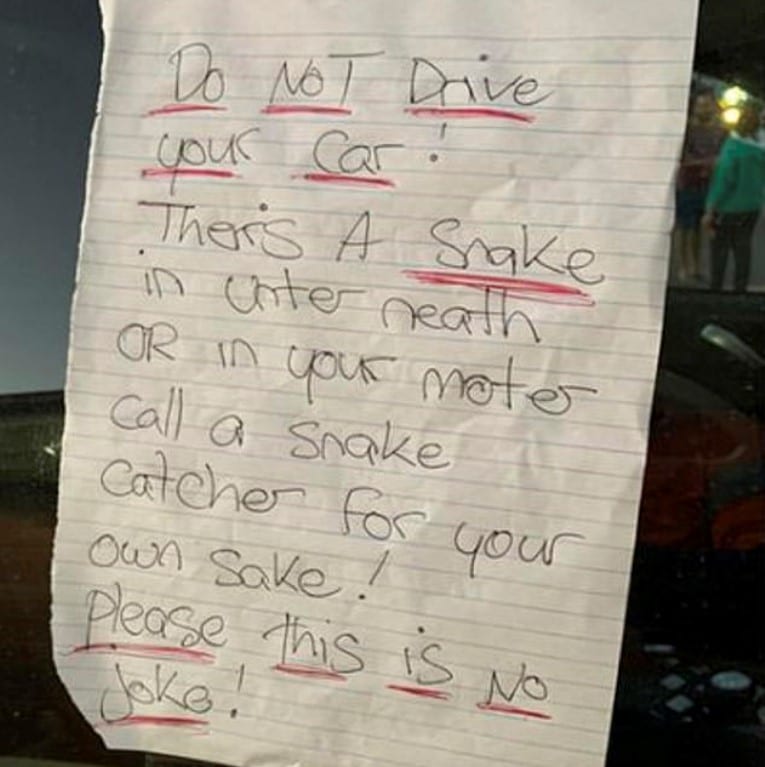 The CCTV footage confirmed that the snake was still at or in the vehicle.

The note said “Do not drive your car. There’s a snake underneath or in your car. Please this is no joke” 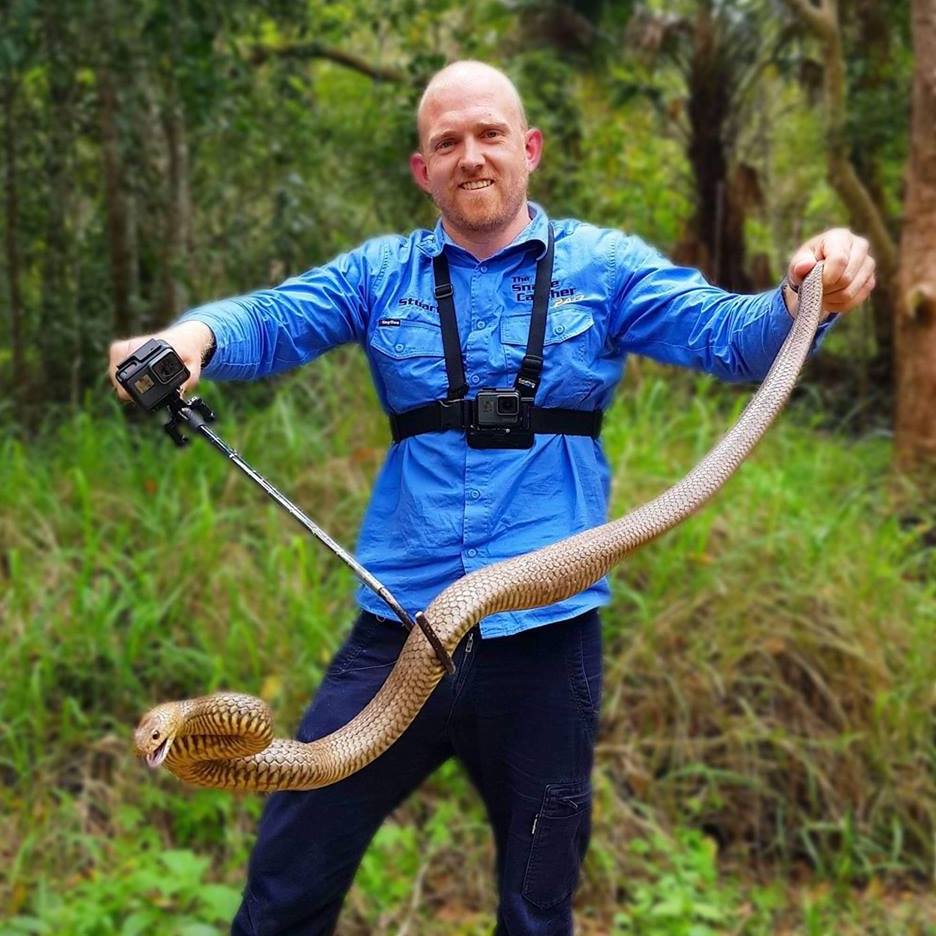 It was late on a Sunday afternoon, but to their luck, they managed to get hold of a snake handler who had taken the time to come out to their house to identify and safely remove the snake from the car.

What snake was it? 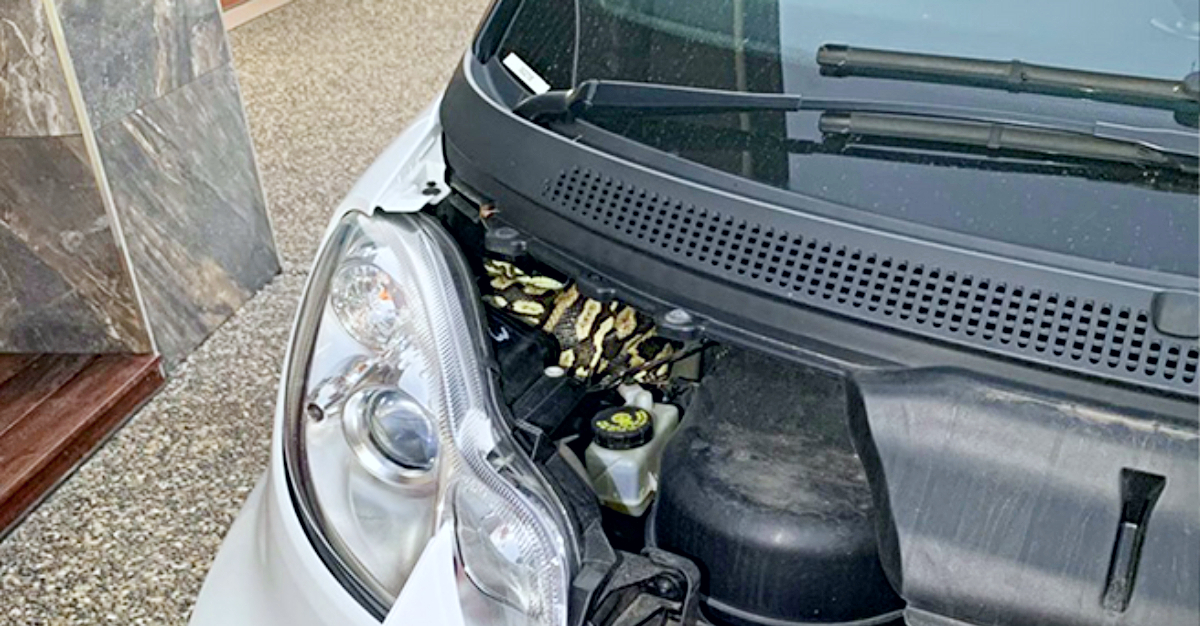 The snake catcher, Mr. Lockett, said the snake was pretty large. It was a 1.6-meter long carpet python which was safely removed.

He went on to tell them that the carpet or diamond python is found throughout Australia and they are harmless.