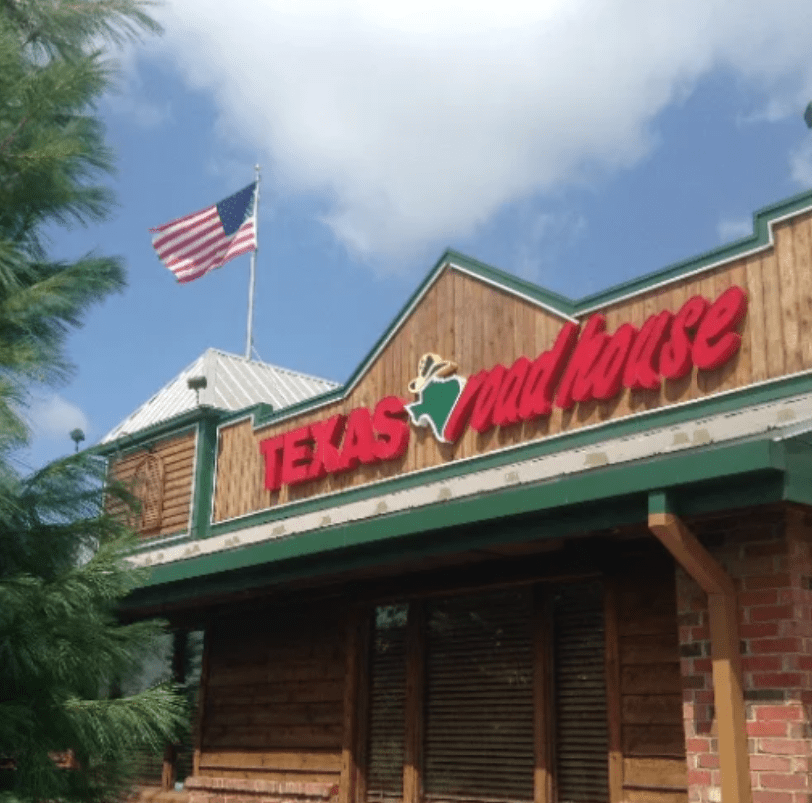 She sighed. The children were growing hungrier and more irritable by the second. Any minute now, she knew all hell was about to break loose.

She flagged a passing waitress, but before she could open her mouth to speak, Maddi, her youngest, began to shriek. 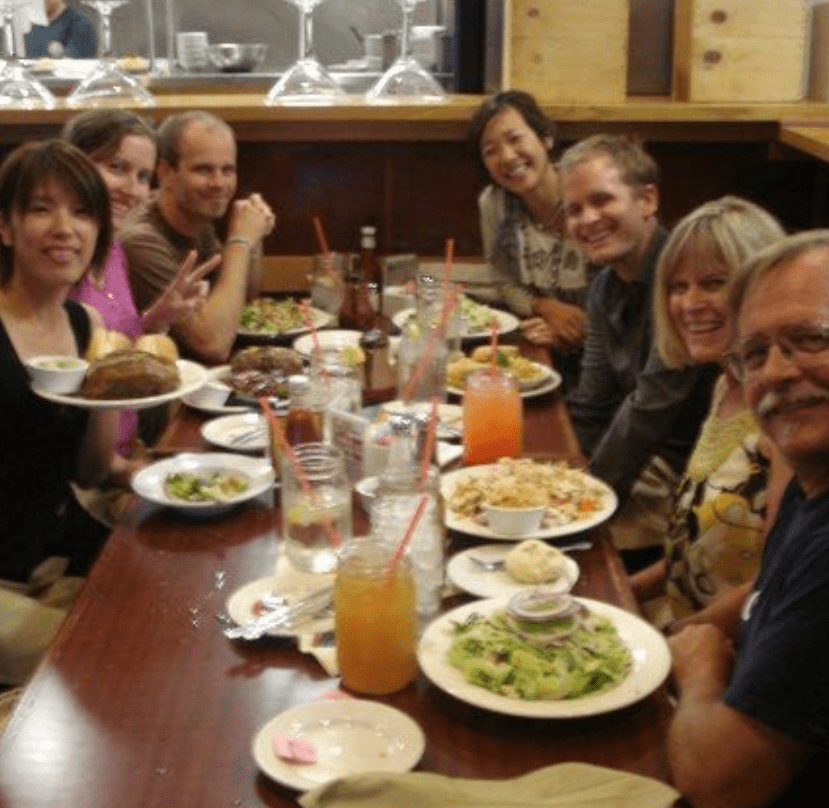 Kate Bradford, a single mother of two, was no stranger to the difficulties of finding a family-friendly restaurant. But at last, she had found the perfect diner.

Tonight was her father’s birthday and they had wanted to celebrate with a steak dinner, so she made a reservation for a booth at 6 PM at the Texas Roadhouse, just a few blocks from her home. What could possibly go wrong? 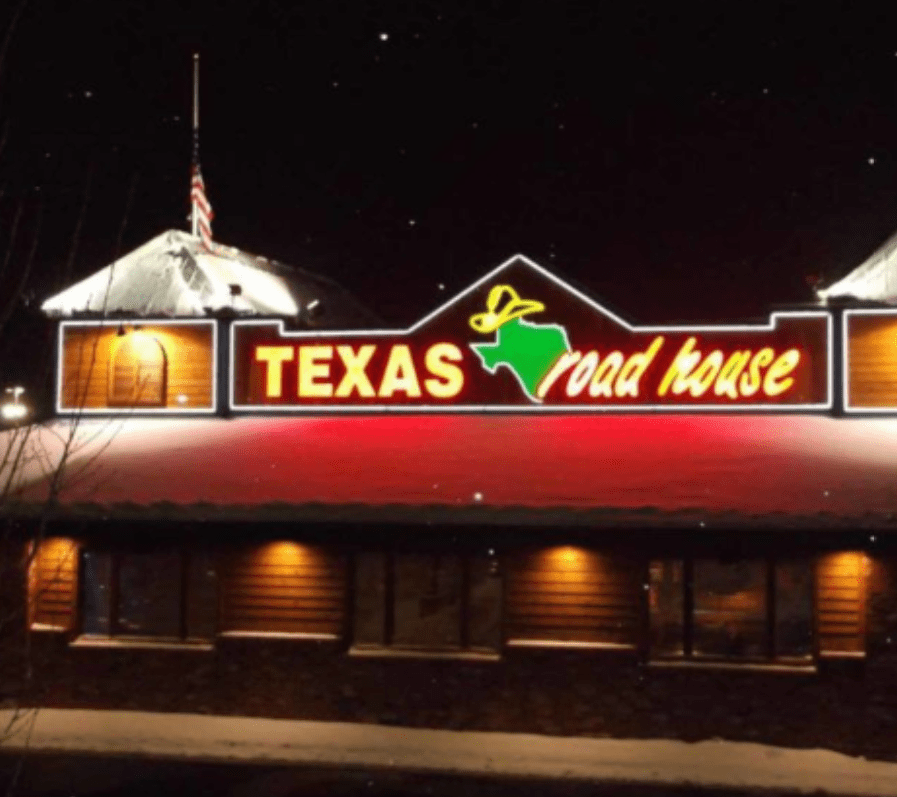 Kate, as any mother of young children would, was experiencing immense anxiety over the impending restaurant trip.

She had read the horror stories written by mothers and the venom spewed by childless diners in blogs and reviews, but she had the foresight to prepare for any eventuality in advance.

Or so she thought. 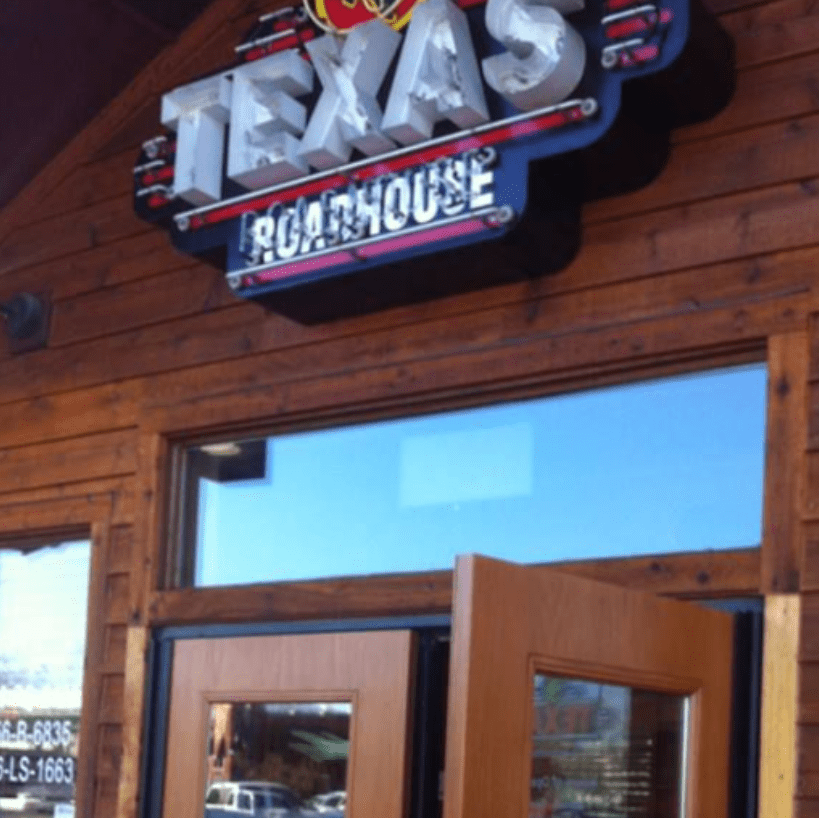 Armed with a diaper bag, crayons, puzzles, toys, and other distractions, Kate arrived at the Texas Roadhouse with trepidation–3 and 6-year-old in tow.

They were 15 minutes early but were hoping to be seated immediately. The diner didn’t look too busy, Kate noted with relief. Cole and Maddi were already growing restless, and Kate was already starting to regret her decision. 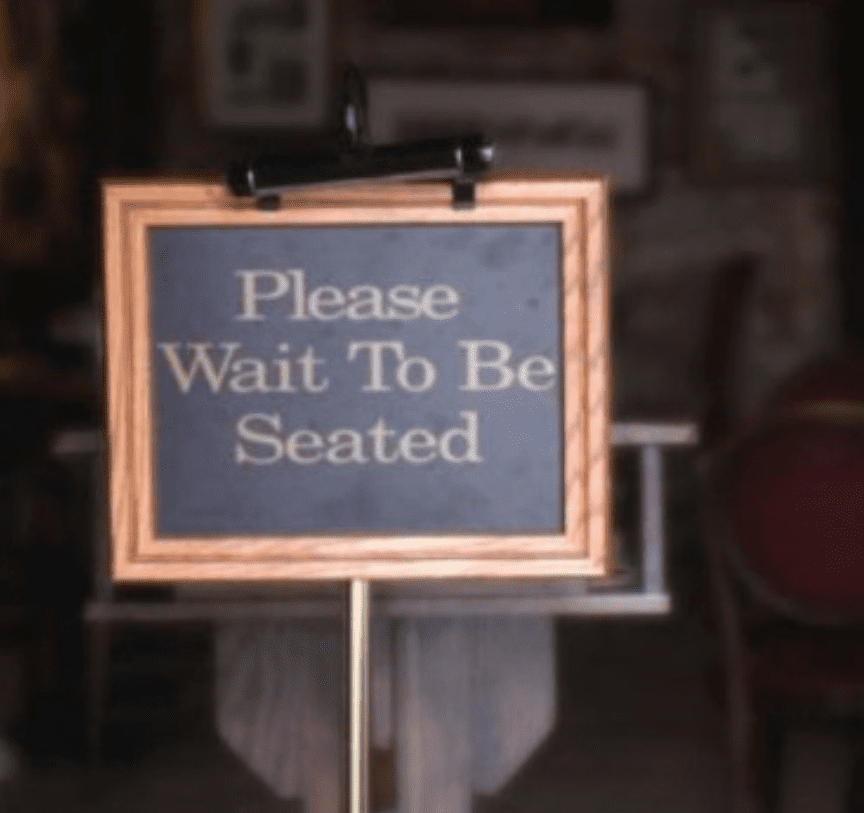 The hostess greeted them with a smile, but when she saw the two small children she frowned. Kate’s nerves were raw with tension and she was waiting for the worst–a snide comment, a judging look, anything…and she was ready to retaliate.

They had just as much right to be here as anybody else, she kept telling herself. “We have a reservation,” Kate said, cracking a smile. The hostess looked her name up in the book and guided them to the waiting area and apologized, saying that they were a little early and would have to wait for a table to become available. 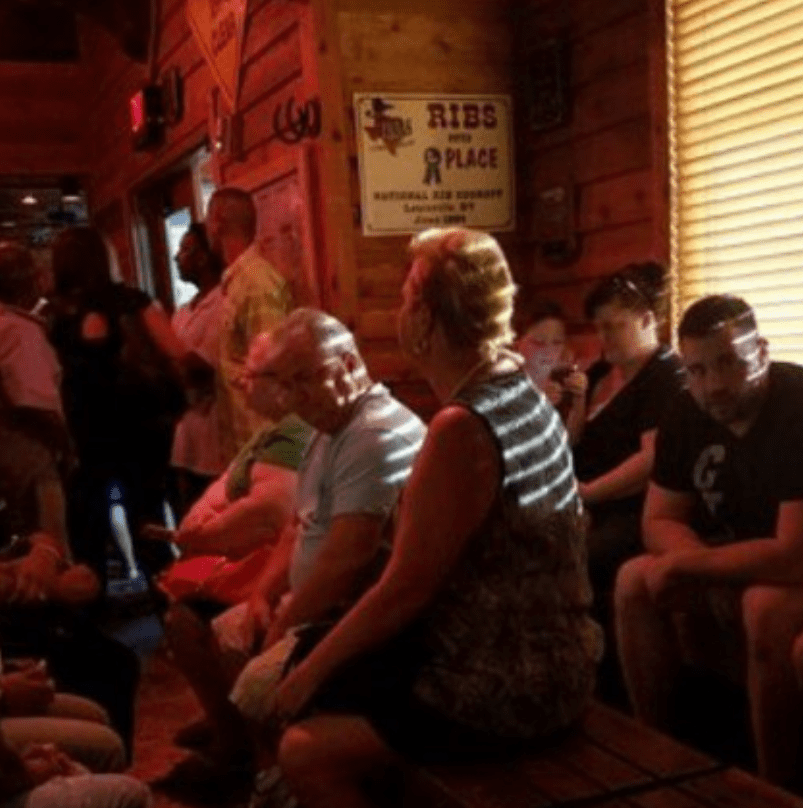 The bar area was packed with men that night, and there was a big game on TV. Kate lifted Cole and then Maddi onto the high bar stools at a table in the corner, as far away from the noise as possible.

She hoped they wouldn’t have to wait long. Cole swung his legs repeatedly, kicking the table with his sneakers. Ten minutes of waiting turned into fifteen, and Kate was about to lose her patience. 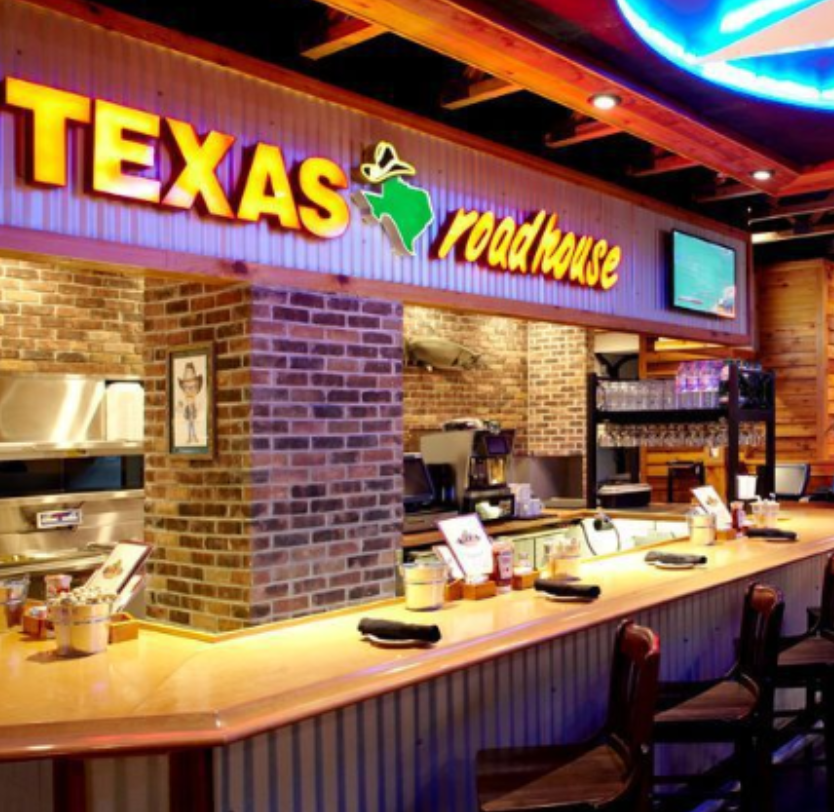 Kate scanned the faces jostling through the crowded bar. Her father, Joel, was late. She picked up her phone and dialed his number, but there was no answer, and she started to worry.

Cole and Maddi held their birthday gifts, and Cole started to fidget. Then, he looked up and stated matter-of-factly that he needed to use the bathroom. But when Kate accompanied him to the restroom, it became all too clear that the hostess had lied to her. 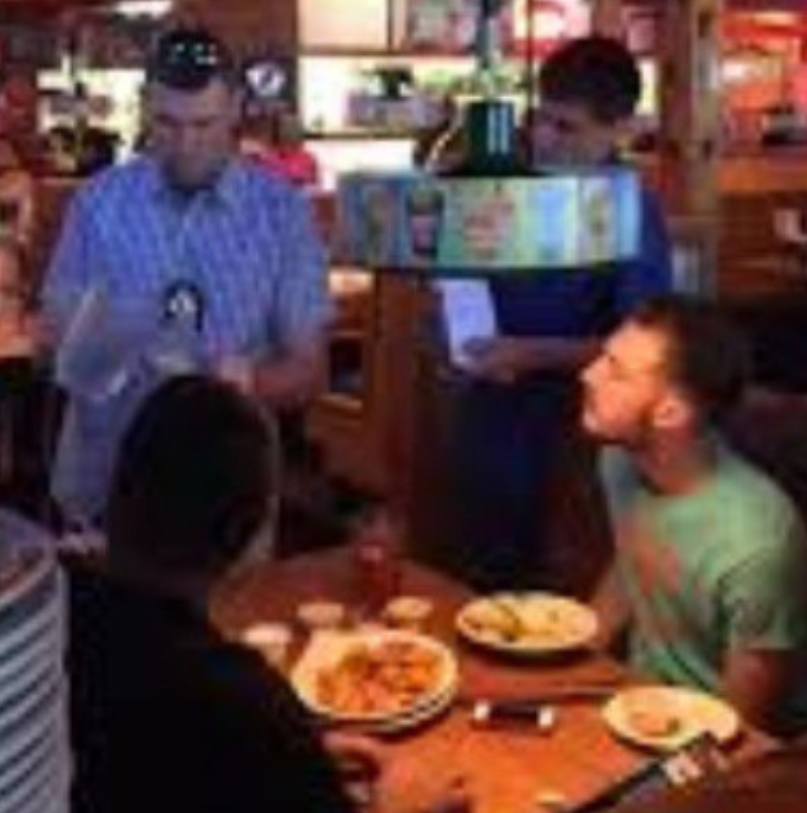 There were diners in all the booths, except one, in the far corner. At first, Kate thought that there must have been some kind of mistake, but then she started to fume. Why wouldn’t the roadhouse let them have the booth?

They advertised themselves as a family restaurant when they clearly weren’t. That’s when Kate snapped the picture that took Facebook by storm. 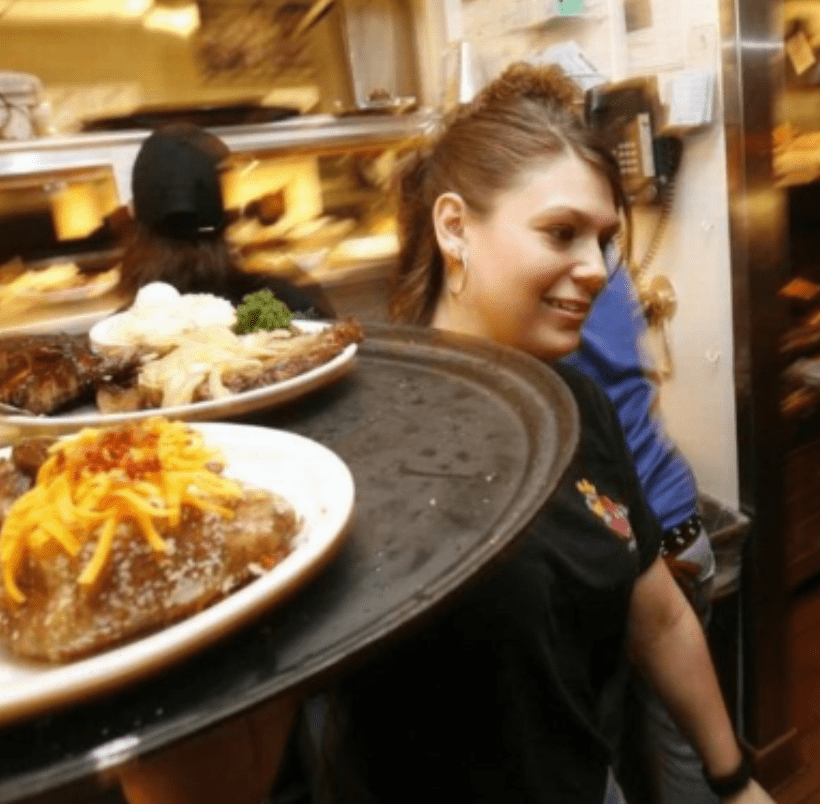 Turning to the nearest waitress, she asked why they had been waiting for all this time when there was a booth available.

But just then Maddi started to have a toddler meltdown of epic proportions. She stamped her feet and started to shriek, and Kate had finally had enough. 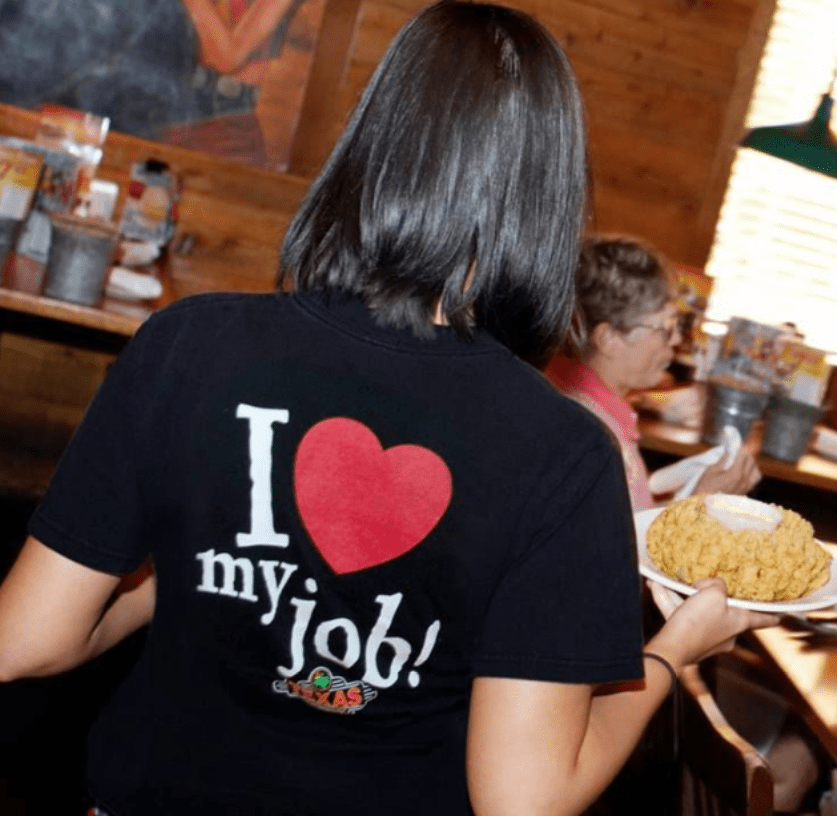 “There is an empty booth! I’ll show you!” Kate snapped. This wasn’t the first time she had endured terrible service because she had disruptive children, but this was really just too much.

She got up and started to lead the confused server to the dining area, and pointed triumphantly. “Right there, in the corner!” 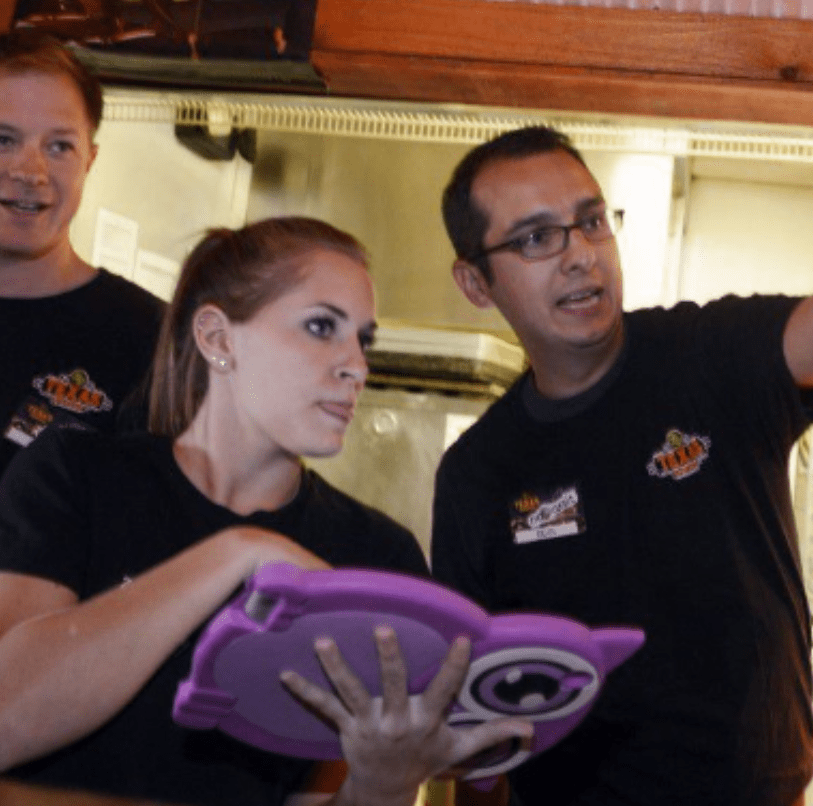 The waitress stammered, bewildered, plates of steaming food sat poised on her arms. Kate had blindsided her with her confrontation. She was just doing her job.

She started to explain, but as Kate drew closer, she felt her smug face fall as she realized her terrible mistake. The table was unoccupied, but it wasn’t empty. 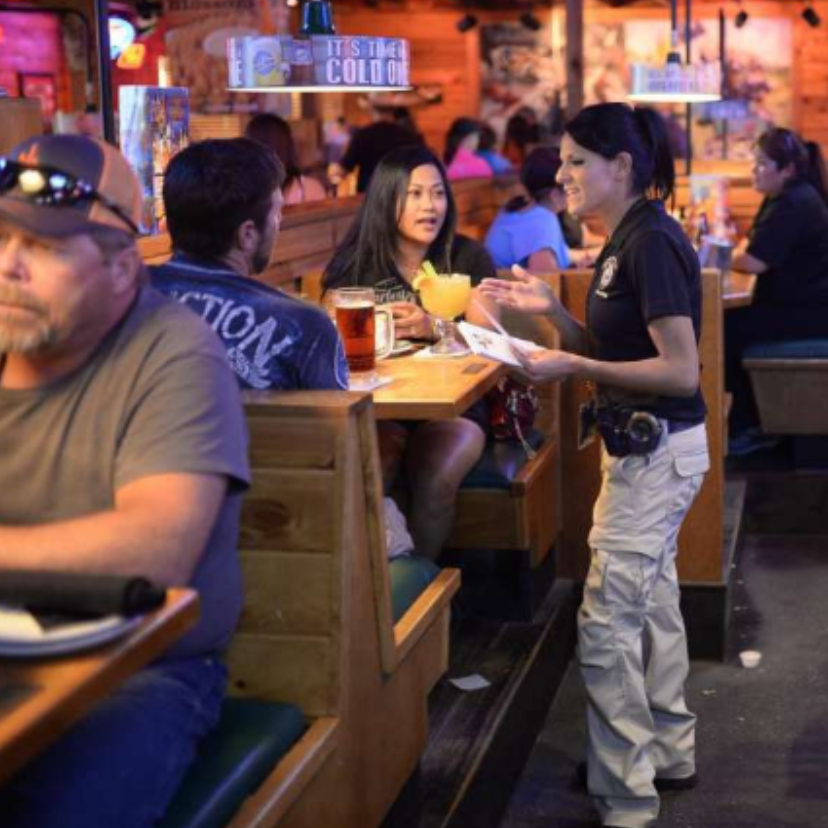 The table had been reserved for some VIP guests. At first, Kate was confused–was there some sort of conspiracy going on here? Places had been set, it seemed, but the guests hadn’t arrived.

She was right to be annoyed, It was reserved for ghosts. But then, Kate’s stomach started to turn as she took it all in. It was a lonely table. 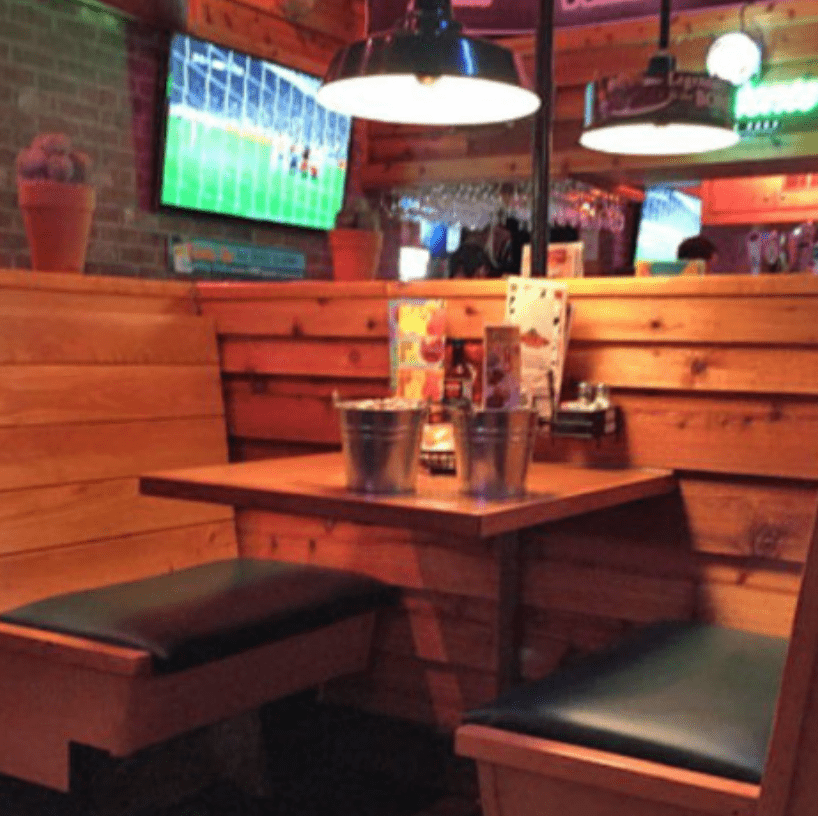 At that moment, Kate wished that the ground would open up and swallow her. Here she was, complaining, while she sat and waited for a table so she could have a steak dinner with her family.

The gravity of the situation hit home as she understood how lucky she was…her problems were small. Something terrible had happened to these men who were supposed to be in that booth tonight.

The table was neatly set for five, and there was a vase in the middle of the table that held a miniature American Flag. There was also a full-sized flag hanging on the wall, lit by a single candle.

It was an eerily forlorn sight, and Kate’s heart filled with sadness when she realized what it all meant. There was a letter, typed and framed upright, and when Kate read the words, her heart broke. 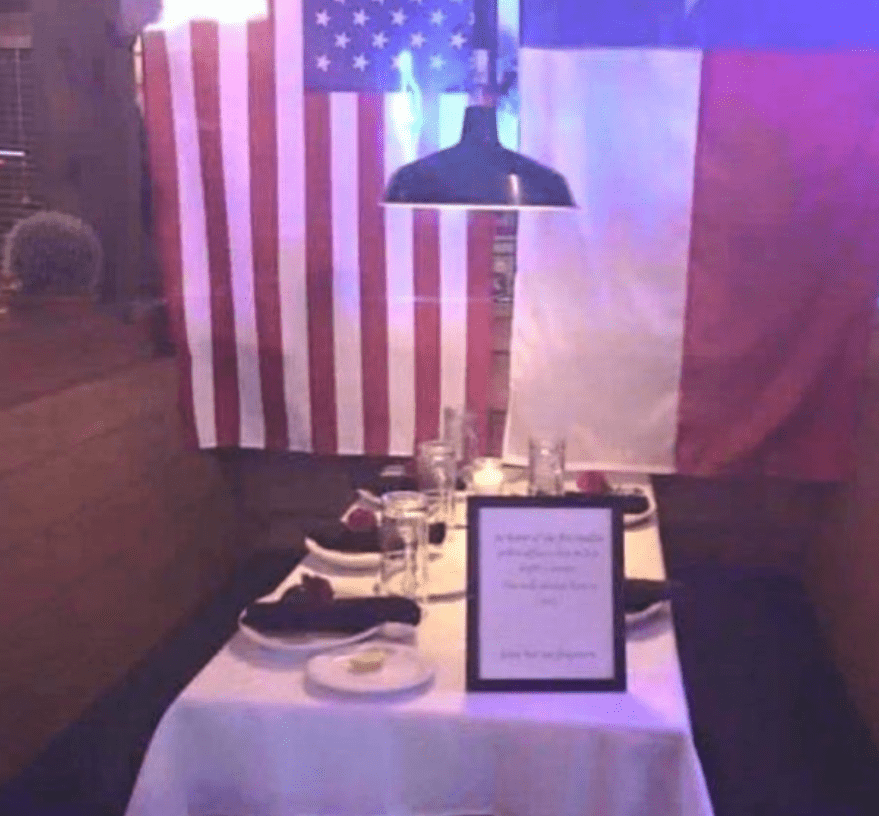 Kate’s eyes filled with tears as she realized that the party of five who the table had been meticulously set for was not going to walk into the doors of the Texas Roadhouse anytime soon.

Her face flushed with shame, and she knew that this particular group of men was never going to be able to enjoy the diner’s trademark ribeye steak, ever again. We thank you for your service. May you rest in peace.” Kate’s father, Joel, arrived and found Kate standing motionless at the memorial table. Cole and Maddi were also quiet for once as if somehow understanding the somber tone of their mother’s discovery.

Joel apologized to his daughter for being late, and just then a waitress walked up with a smile. “Bradford? Party of four? Your booth is ready.” At their freshly cleared table, Kate sat in silence as she thought about what she had just seen.

She knew in the back of her mind that there had been some sort of tragedy, but she hadn’t been paying attention. Then she turned to her father and asked: “Who are the Dallas 5?” The table had been set for the “Dallas 5”, 5 brave police officers who had died while in the line of duty. The incident was deemed the most deadly for law enforcement since 9/11.

The tragedy occurred on July 7, 2016. A man named Micah Xavier Johnson had ambushed and fired upon a group of police officers in Dallas, Texas. and this drove him to commit the atrocity. But there was one restaurant that was not going to let these policemen’s brave efforts go unnoticed. The Texas Roadhouse, In addition to the heartbreaking tribute table, donated 5% of all sales on that memorable day to the Assist the Officer Foundation (run by the Dallas Police Association). This organization provides assistance to officers and their families in the event of illness, accidents, and other events that lead to loss of income. But it’s not the first table of honor the restaurant chain has laid. In fact, the family restaurant chain has made an impression on many of its diners with similar tribute tables.

Kate’s photos, as well as others, have been circulating on social media, and thousands have commended the touching gesture with positive comments. They are by far my favorite restaurant, not just for the great food, but the patriotism and professionalism they constantly show!” “Texas Roadhouse where I live reserved a table for the two firefighters who were killed in the line of duty by an arson fire… one of those firefighters was my brother in law.”

Another Facebook user wrote. “He left behind a wife and four [daughters]. Plus countless family and friends. Thanks, Texas Roadhouse.” Some other Facebook users have spotted other tribute tables as well: “The empty table. They had it set up in the canteen at Iowa City VA hospital when I was there Friday.

Happy Veteran’s Day LeRoy.” “So poignant and God bless Texas Roadhouse for saving this table even though they were so busy.” The Texas Roadhouse chain has also been known for honoring fallen officers and veterans alike, with reserved tables and discounted meals at all their branches across America.

They really go the extra mile to display compassion and patriotism, even if it affects their bottom line. We need to give credit where it’s due. It’s easy to take things for granted in life, like being able to enjoy a night out with loved ones while eating a delicious meal.

Sometimes we forget just how much dedicated public servants do to protect America’s citizens, and how much they risk each and every day–putting their lives on the line.