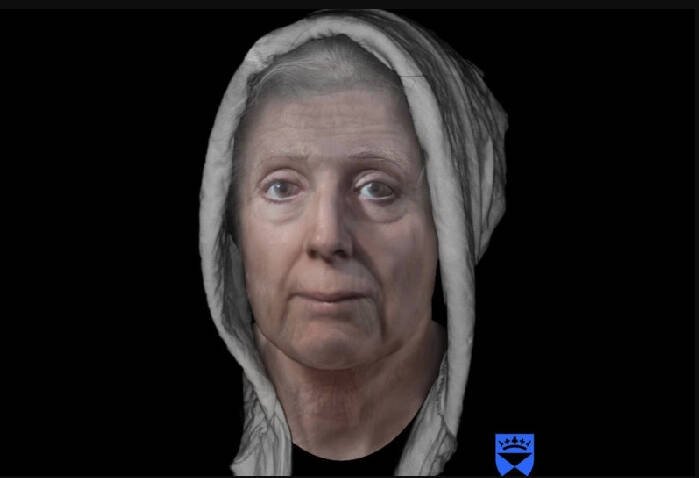 Torryburn, Scotland, 1704 – Lilias Adie is going about her daily routine. Suddenly there is a loud hammering on her door. She opens the door only to find a crowd of people and the local authorities outside. She is accused of the crime of witchcraft and dragged away to be interrogated. The neighbour who made the accusation watching silently as Lilias is dragged away.

Lilias was taken and interrogated. In time she admitted to being a witch and consorting with dark forces though it is generally believed that her confession was coerced. While in her cell waiting on her punishment, Lilias chose to kill herself rather than face what was coming. However, the people were so scared of Lilias that they buried her with a very heavy slab covering her so that she could not rise from the dead. In 1852 someone stole Lilias’ skull. In 1904 the St Andrew’s University Museum obtained the skull and took some photographs before all known remains of Lilias Adie disappeared and have remained missing to this day.

A New Face On The Mystery

Scotland’s Centre of Anatomy and Human Identification at Dundee University (CAHID) recently took the photos and used modern software to create a reconstruction of the face of the ‘terrible’ witch. The face that was revealed was that of a kind looking older women. The sad fact is that most of the people who were accused and punished of crimes like this were simply misunderstood or in difficult situations. “It’s important to recognize that Lilias Adie and the thousands of other men and women accused of witchcraft in early modern Scotland were not the evil people history has portrayed them to be,” said Fife Council councillor Julie Ford. “They were the innocent victims of unenlightened times.”

“We are wanting a memorial not just for her but for everybody who perished after being accused of being a witch,” councillor Kate Stewart said. “There is no recognition that these people were killed for nothing. When you did down its was a horrible, horrible time for ordinary folk, particularly women. The suffering was horrendous and we should recognize that wrong was done and remember them in a respectful way.”