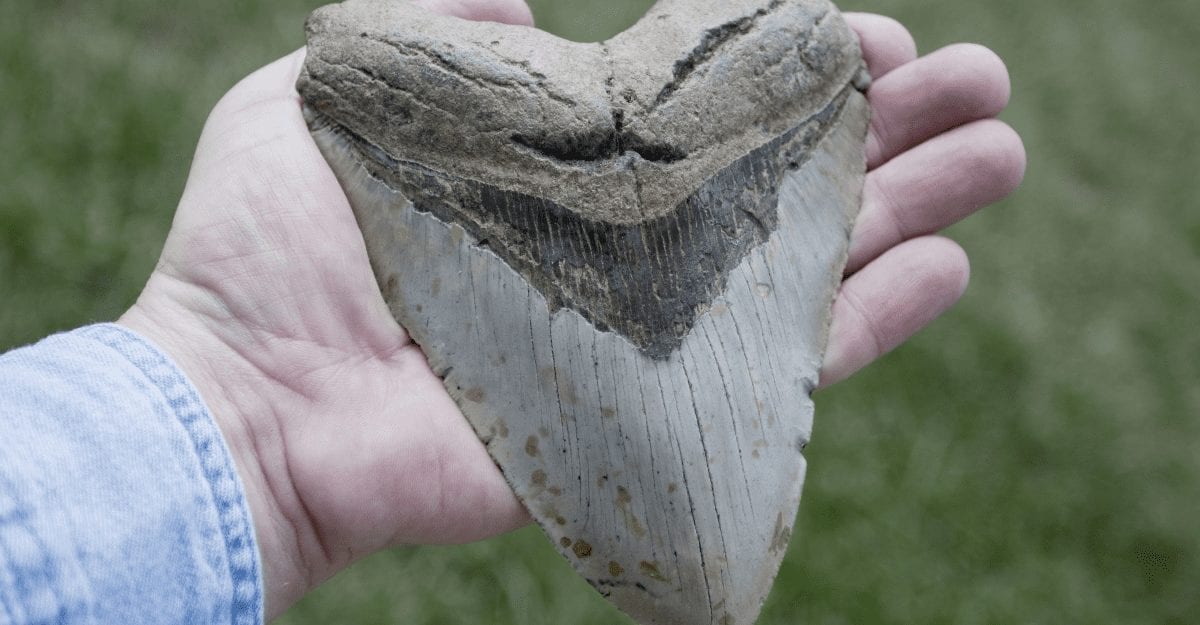 Throughout history, of course, dinosaur fossils have been a source of intense fascination for mankind.

And with research and technology being more sophisticated now than when these remains were first discovered, we’re constantly learning new things. But it’s by no means just fully formed dinosaur specimens that have revealed incredible secrets to us. 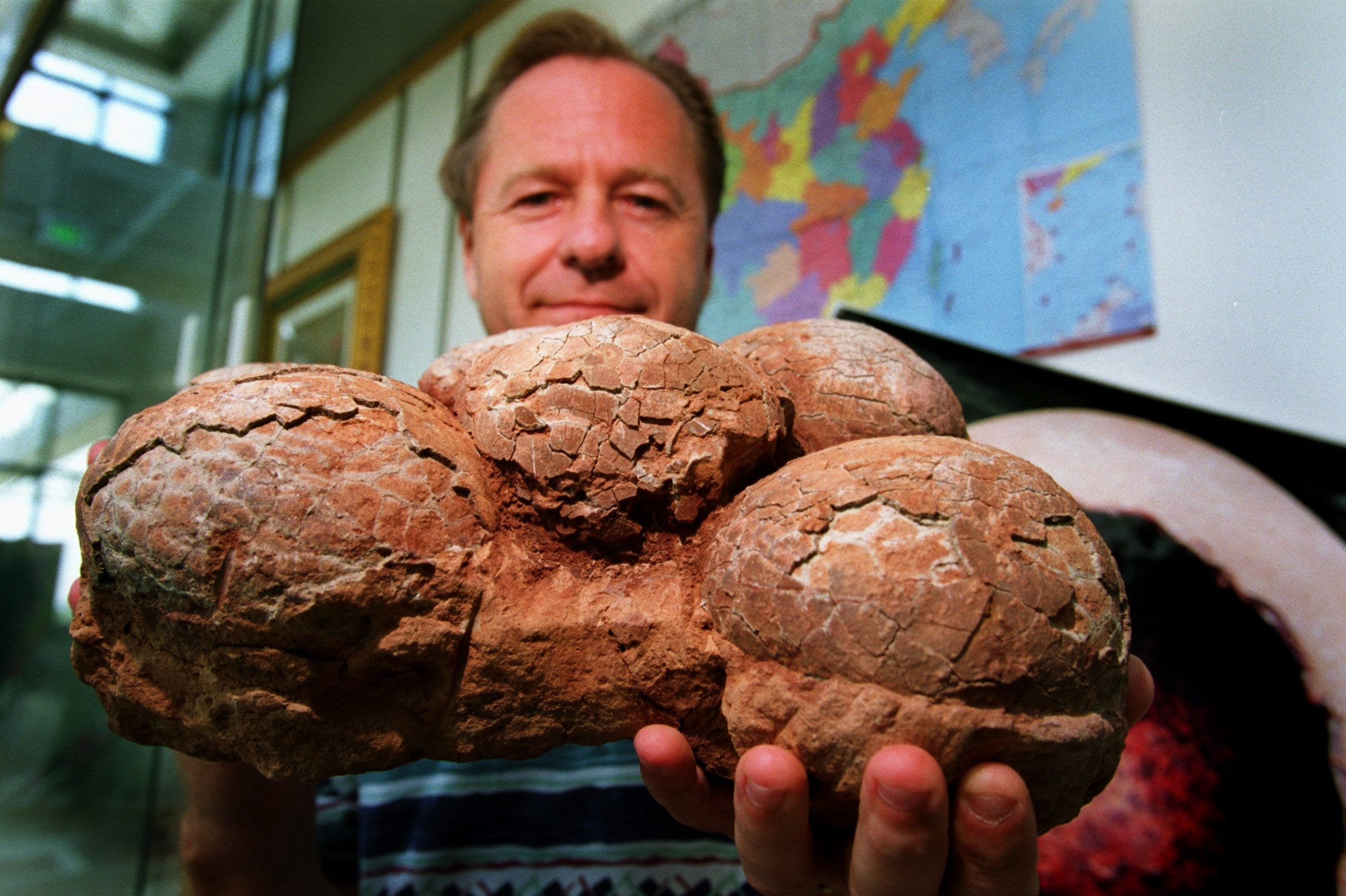 Unearthed in France, these fossils were initially incorrectly identified as having belonged to a species of bird. They were therefore overlooked for a seriously long time. In fact, it would be another 64 years before experts successfully identified a clutch of dinosaur eggs.

That discovery was made by researchers from the American Museum of Natural History working in Mongolia. From that point on, though, dinosaur eggs started to emerge from every corner of the world. But what of the creatures that had once inhabited these shells?

Well, some of the fossils had formed after the creatures inside had successfully hatched – but others told a very different story. And in rare cases, the tiny remains of developing creatures had even been preserved. 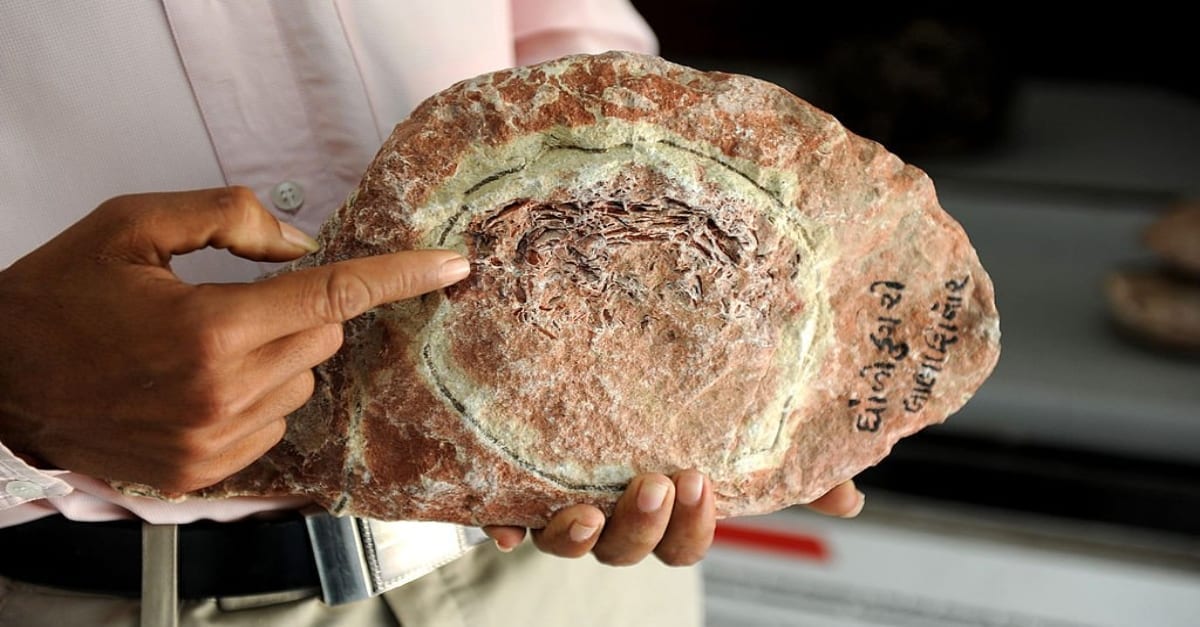 But in 2013 Montana State University’s David J. Varricchio published a paper that proposed an alternative theory. According to him, certain dinosaur eggs had been equipped with pores – suggesting that they had been covered up underground.

In turn, Varricchio said, this implied that the incubation process had more in common with that of modern-day reptiles. Without any definite conclusions, however, much surrounding this area of paleontology remained a mystery.

In a 2017 statement given to F.S.U., Erickson summarized the outstanding questions: “Did [dinosaur] eggs incubate slowly like their reptilian cousins, crocodilians, and lizards? Or rapidly like living dinosaurs, the birds?” And despite the fact that fossilized dinosaur embryos are extremely uncommon, both institutions were able to assist Erickson in his research.

At the American Museum of Natural History, for instance, researchers unearthed a dozen eggs that’d been discovered in the Gobi Desert in Mongolia. According to experts, too, these had belonged to the species Protoceratops Andrewsi – a creature related to the Triceratops. 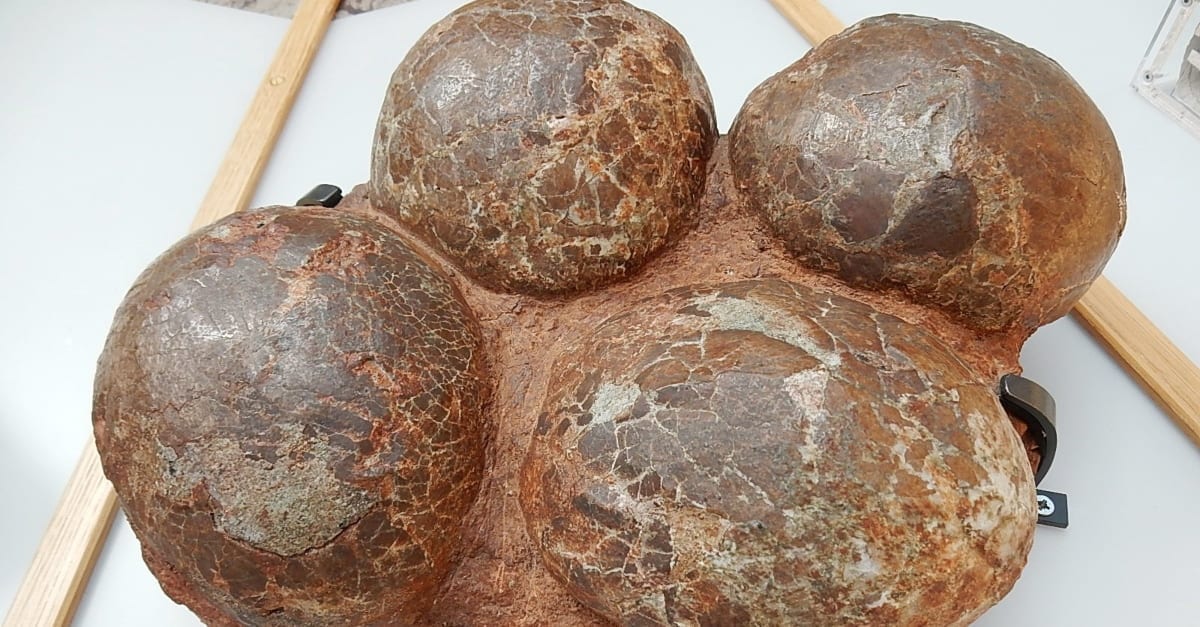 At not quite seven ounces, these eggs were relatively small – roughly the same proportions as a potato. But the other specimens that Erickson was able to get hold of were in a totally different league.

Discovered in the Canadian province of Alberta, these fossils had once belonged to a dinosaur known as Hypacrosaurus Stebingeri. 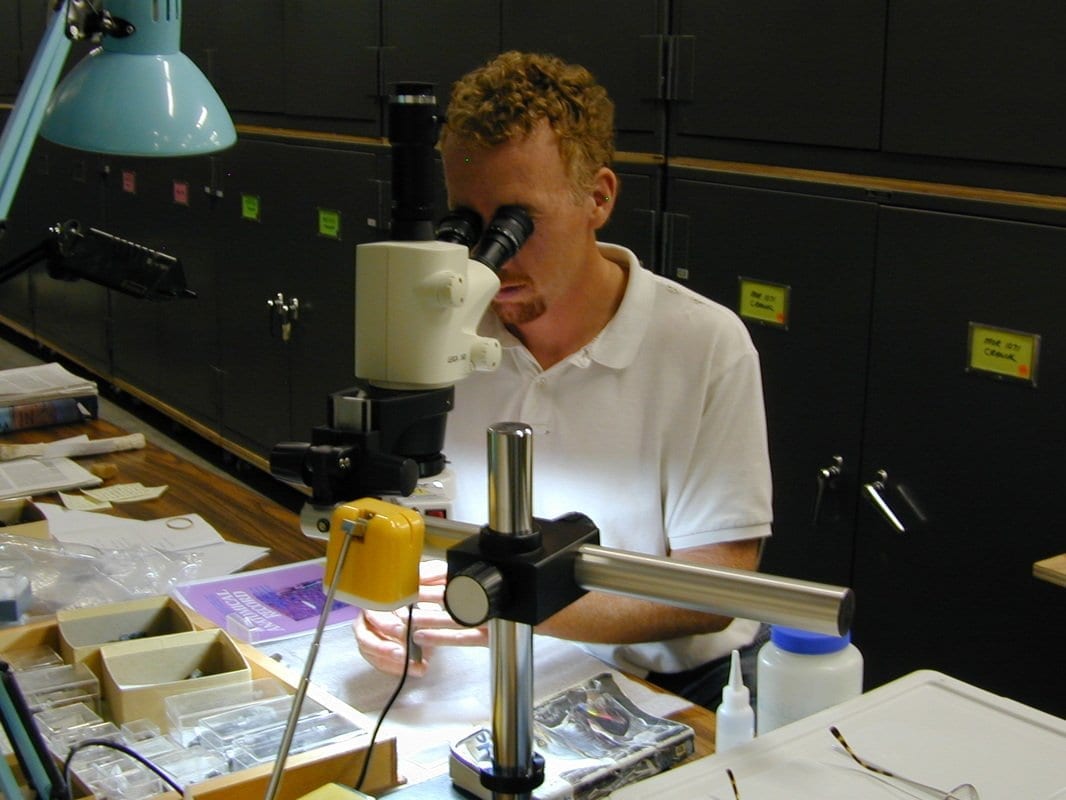 Capable of growing up to 30 feet in length, the duck-billed Hypacrosaurus laid eggs that weighed almost nine pounds. Visually, the eggs could be described as having proportions roughly the same as a volleyball.

Yet even though these specimens were very different from the ones found in Mongolia, they yielded similarly exciting material for Erickson. 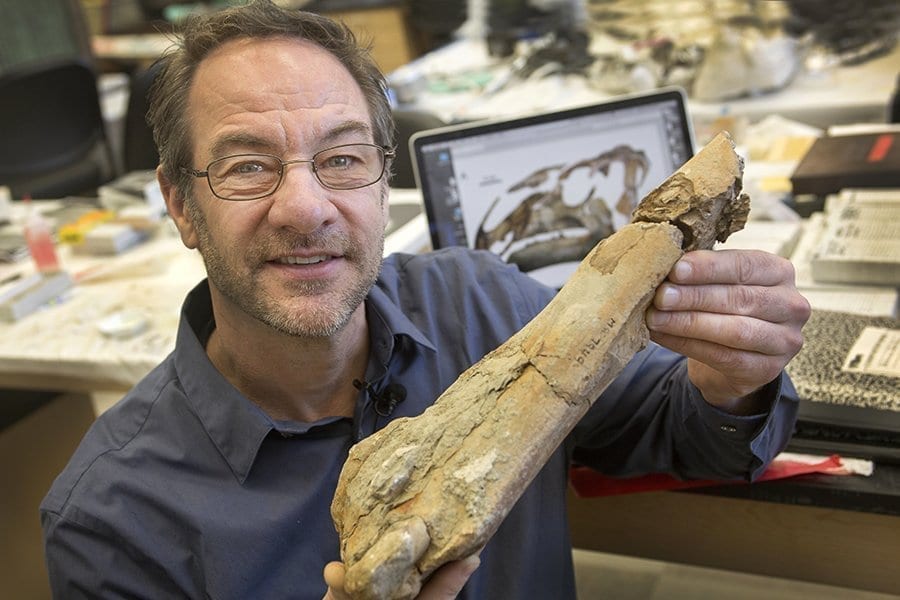 First, Erickson and his team used a CT scanner to look at the dentition present in the embryos’ jaws.

Then the group removed a number of teeth from the fossilized remains. Using microscopes, they were subsequently able to zoom in on the ancient specimens to find exactly what they’d been searching for. 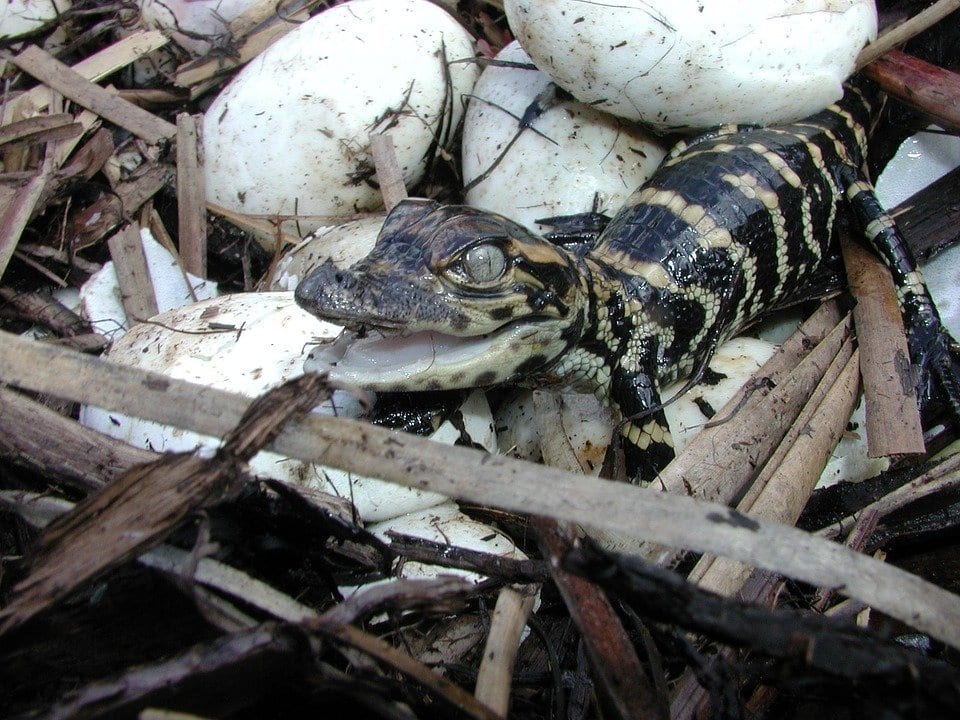 According to Erickson, in fact, the lines of dentin in the teeth became clear. As the lead researcher told The Washington Post, “I knew we were in business.” Yes, it was now possible for the team to determine how long the embryos had been alive.

“We could literally count them to see how long each dinosaur had been developing,” Erickson explained in his F.S.U. statement.

How Long Did They Take? 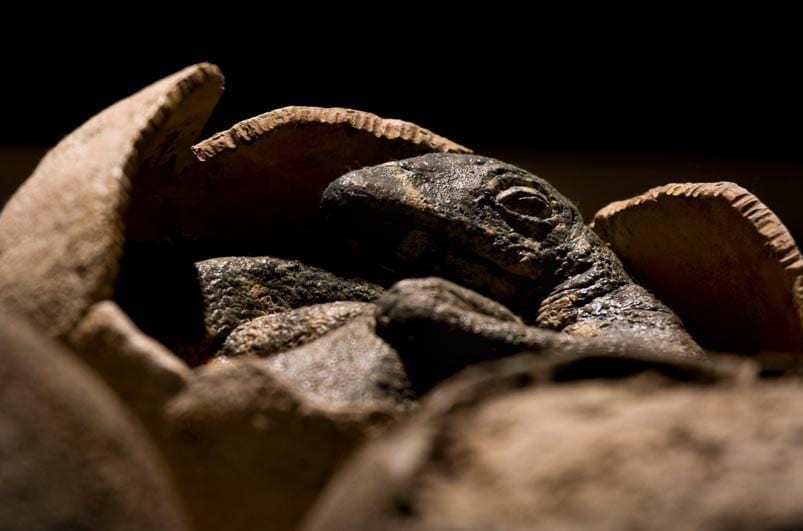 So, as a result of the study, Erickson and his team were able to acquire solid evidence to suggest how long dinosaurs such as Hypacrosaurus and Protoceratops took to hatch.

And according to Erickson himself, it’s the first time that such conclusions have been reached. What exactly did they learn from these ancient remains, then? Specifically, the team discovered that the smaller Hypacrosaurus would have taken approximately three months to hatch. The larger Protoceratops, meanwhile, may have spent as many as six months developing inside the egg.

This is, apparently, the first time that researchers have been able to pinpoint specific incubation times for non-avian dinosaurs. “It’s really surprising,” Erickson told The Washington Post. “I don’t think that people would have entertained the idea that they would have incubated over the better part of a year.”

However, for Varricchio – who’d long believed that dinosaur reproduction had been more similar to that of reptiles than birds – the news was less of a shock. After all, according to Varrichio, present-day reptiles will spend many months incubating as well. In modern science, though, it’s generally been believed that birds are the closest living things to dinosaurs. It’s not surprising, therefore, that many experts had deduced that dinosaurs might have had similar reproductive processes to birds.

Yet thanks to Erickson and his team, it can now be theorized that the creatures of the Mesozoic Era actually had more in common with reptiles. Typically, then, bird eggs have relatively short incubation periods, with embryos usually taking between ten and 30 days to emerge from their shells. Even emperor penguins – whose young take the longest to hatch out of any avian species – spend just two months developing.

Modern reptiles are a different story, however. Regularly referred to as cousins of the dinosaurs, today’s reptiles have average incubation periods of between one and two months.