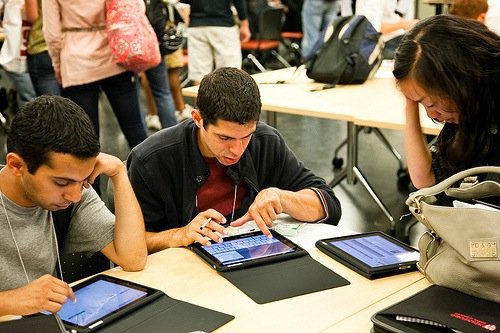 A massive shift in how education is delivered in our modern world is underway.  Though the shift has widely and vociferously been resisted by the established, legacy institutions, the forces of economics and educational purpose will likely prevail. Richard A. DeMillo examines this shift in his book, Higher Education: How a Small Band of Innovators Will Make College Accessible and Affordable.

There was a time when the physical structures, like libraries and universities, made complete sense. Centralized buildings housing massive amounts of literature and opportunity allowed for convenient access.  We went to the library to research and to the campus to advance our education.

Due to the internet, however, these physical structures are no longer as necessary. Of course there are nostalgic desires to maintain paper books, library buildings and the historic college campus, but nostalgia isn’t strong enough to overcome the forces of economics and efficacy.  As we’ll see, education in the digital space is pervasive, with access to resources previously only available to attendees of an academic institution.  From online course, use of an essay writer, or access to thousands of journals, the search for knowledge has never been more open and accessible.

Education in the Digital Space

Due to the economics and available infrastructure, education is moving to an increasingly digital format. This relatively new and system-disrupting method of education has been advancing inside and outside of conventional institutions. Programs like the free, non-profit Khan Academy and the for-profit Udacity are providing education outside of traditional university brands, while innovators like Dr. Michael Crow, President of Arizona State University are recreating the model from the inside out.

Although such transformational change can be frightening, especially to legacy educators, the conversion makes sense, both for students and regarding the cost to society.

Referencing Dr. Crow often in his book, A. DeMillo advances the narrative that a university must be judged,

This philosophy returns the purpose of educational institutions to the empowerment of the students and their subsequent influence on society. Beholden to this ideal Dr. Crow capitalized on the cost-effective method of online education and created a joint-venture with Starbucks where qualified employees can attend ASU Online tuition free. Providing free education online with a corporate sponsor is a clever way to address the rising costs of college without austerity or massive cost cutting. The bottom line economics of providing education is forcing colleges and universities to adapt, but simple measures have been insufficient.

The Marketplace of Higher Education

With diminishing state funding, post secondary institutions are increasingly crunched for funds despite  having benefited from a rigged model, where students borrowed from third party lenders to pay for school, providing built in money with no risk. Additionally, universities have cut costs by replacing full professors with adjunct instructors at substantially reduced cost, cut traditional liberal arts curricula like foreign language and art, imposed restrictive budgets for supplies and travel, but found it’s not enough.

The costs of a traditional college education continued to skyrocket, with no foreseeable end. As tuition costs increase and the economic benefit to college harder to find, families are forced to make a Sophie’s Choice as to their children’s education: overspend on a less and less valuable post-secondary education or let them go without. 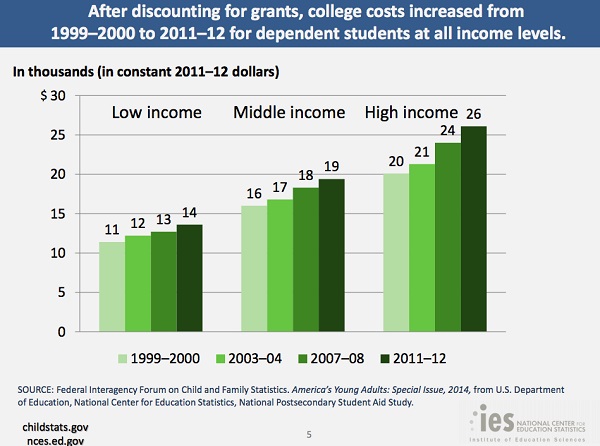 The invisible hand of the marketplace isn’t the only thing pushing a transition from traditional campus education. The new age of students has been raised with omnipresent technology. These new age academics have a different relationship to learning and information acquisition. Digital natives, those born into the world of technology, learn differently and require adaptation by institutions and and educators alike, at least if you agree with Dr. Crow that education is to serve.

The Way of the Digital Native

Serving learners of this era is best done, at least to a large part, with technology. Because of the way digital natives learn, online education is more accommodating. Instead of sitting in long, boring lectures, students can interact with the material online, while playing games, updating social media and other forms of multitasking that help keep the digital native’s mind stimulated.

To the digital immigrant, this multitasking sounds like goofing off or not paying attention, but it is how the digital native’s brain is wired. Digital natives learn better in a context with multiple sources of stimulation.

Although what’s best for the student is rarely an effective justification for change in the slow moving world of academics, coupling it with the economic reality and we are faced with a revolution. And like most revolutions, there will be casualties. But also like many revolutions, the change that is ushered in is typically necessary.