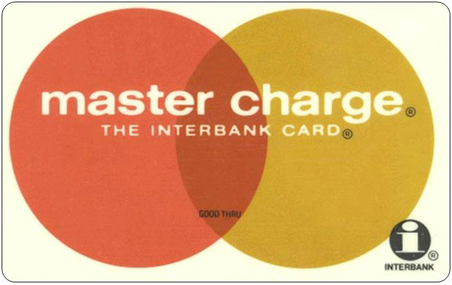 These days, credit cards are nearly ubiquitous. In fact, there were an estimated 18.08 billion credit and debit cards in circulation in 2015—that’s nearly 2.5 cards for every person alive on the planet.

It’s hard to think back to a time when we didn’t get daily offers for new cards in the mail, or when we didn’t see a commercial for a credit card every time we turn on the TV. Maybe that’s why it’s so strange to think that the credit card as we know it has only existed for a matter of decades.

Let’s go back to the beginning, and see just how far we’ve come since then.

Today, the payments industry is dominated by a select few brands. However, in the early years of charge cards, the market had a lot more competition. 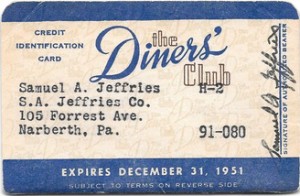 According to legend, the idea for the world’s first independent charge card company, Diners Club, came to co-founder Frank McNamara while dining with clients in 1949. After realizing he’d forgotten his wallet, McNamara devised the idea of a multipurpose charge card which could be used at a number of different locations.

Diners Club launched the following year, accepted by an initial 27 participating restaurants. By the end of 1951, the card grew from 200 cardholders to 42,000.

American Express Break into the Market

Through most of the 1950s, Diners Club remained the only major card brand on the market. But by the end of the decade, a new competitor appeared—American Express.

American Express was actually founded a full century before Diners Club as an express mail service; however, as the years passed, the company gradually expanded into financial services. Eventually, the company gained recognition as a major financial player with the introduction of an innovative product in 1891—the traveler’s cheque. 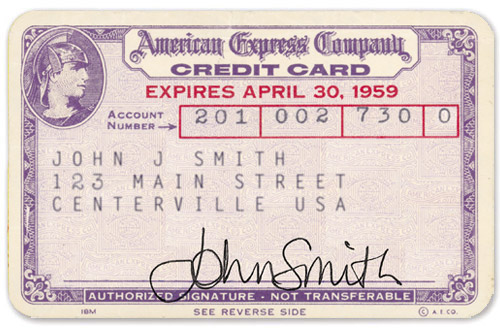 American Express issued their first charge card in 1958. Though the cards were initially printed on paper like the early Diners Club cards, Amex issued the world’s first embossed plastic cards in 1959.

The same year that American Express launched their first card, so too did Bank of America. Called the BankAmericard, the company took a then unconventional approach, launching the card with an unsolicited mass mailing of 60,000 cards to Bank of America customers.

The card quickly expanded into several markets in California, which led to early issues including a high delinquency rate, as well as the advent of credit card fraud. By the mid-60s, however, the situation was more stable. The card had expanded throughout the state, and was by that point, accepted by tens of thousands of different merchants. 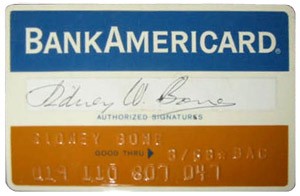 In direct response to the BankAmericard, several other California-based banks, including Wells Fargo and Bank of California, decided to launch their own interbank card in 1966—the Master Charge card. This card was unique, in that it was the first card not branded and issued by a single bank. Instead, Master Charge was simply a card network, providing cards to multiple issuing banks within its network.

Meanwhile in 1964, a bank in Sweden began offering their own international charge card, known as the Eurocard. Eurocard formed a strategic partnership with Master Charge in 1968, enabling cardholders from either network to carry out transactions using the other’s infrastructure.

Around that same time, Bank of America started licensing their cards to international banks. The BankAmericard became known under a number of different international names, including Chargex (Canada), Carte Bleue (France) and the Barclaycard (UK).

In 1970, realizing that their existing system of licensing the BankAmericard to different banks was growing messy and over-complicated, Bank of America gave up direct control of the card. BankAmericard then became a separate card network much like Master Charge. This network was first known as National BankAmericard Inc., then as the International Bankcard Company (IBANCO) in 1974.

In 1976, the company again changed their name, as well as their brand. Now, rather than offering their cards under a myriad of names around the world, IBANCO consolidated their brands under one international name—Visa. Three years later, Master Charge changed their name as well, becoming MasterCard.

Finally, retail giant Sears entered the market in 1985. Wanting to expand their already extensive financial portfolio, the company issued the first Discover cards in 1986 through the company’s proprietary bank, the Greenwood Trust Company. The card quickly gained popularity owing to its low merchant fees, lack of an annual fee and cashback bonuses. The company split from Sears in 1993.

Credit cards have changed a great deal since the early printed paper cards, as has the industry itself. Once prominent names like Carte Bleue and Access have vanished, absorbed by other networks, while the once-prominent Diner’s Club maintains only a small following.

Currently, Visa holds a considerable lead over its competitors in terms of market share. In the U.S. alone, consumers conducted $1.2 trillion worth of transactions using Visa credit cards in 2014 and nearly $1.3 trillion more with debit. American Express representing the next-highest figure at $684 billion. However, the fastest-growing name in the modern credit landscape is actually a relatively young entity—China’s UnionPay, which in 2015 accounted for 13% of total world card sales volume.

At the same time, there are a number of new technologies currently on the market, and the industry continues to evolve in order to keep pace with technological developments:

Smartphone apps like Apple Pay and Samsung Pay utilize near field communication (NFC) technology to conduct transactions without the presence of a physical card. When shopping online, these ‘OS-Pay’ users can check out with a click of a button—no monotonous information entry needed.

In addition to convenience, security on these platforms is quite revolutionary. Not only do mobile wallets replace sensitive card information with difficult-to-hack tokens, but customers authorize each transaction with a fingerprint rather than a signature or PIN.

By the late nineties, most payment cards featured card security codes. When requested during the online checkout process, these three or four digit codes helped ensure the physical card was present at the time of purchase and sensitive card information hadn’t been stolen.

As a way of making these codes more secure, Oberthur Technologies introduced a new technology called Motion Code™ back in 2014. This replaces the printed code with a digital display, which will change the security code multiple times a day.

Looking to the Future

From paper charge cards to facial recognition, credit cards have came a long way in 66 years. Our technological capabilities are now near the point of outpacing our own ability to predict them even a few years down the road. It’s difficult to say where the payments industry will be even 10 years from now, but past experiences indicate we have many new and exciting developments in our near future.

Care to speculate on what the future holds for payments and credit card technology? Leave a comment below to join the conversation.