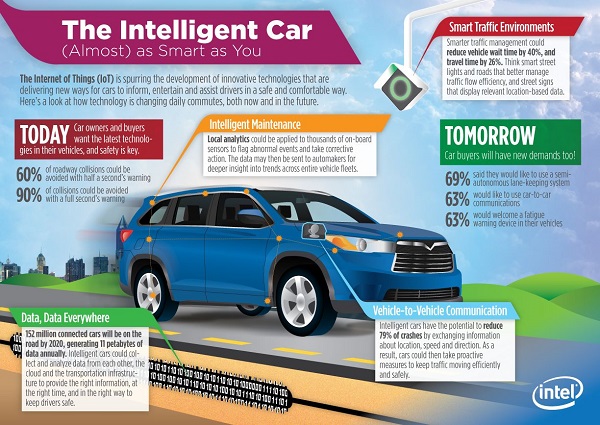 Although the promise of Jetsons-like flying cars still seems far off, the implicit co-promise of robot chauffeurs is about here. For some, the advancement of self-driving vehicles is not only meaningless, it is unwelcome. From Chris Christie banning Tesla’s direct sales model to Americans who still cling to idea that driving is freedom and status, the advancements in the auto-industry are generally met with resistance. Many drivers harken back to their teen years, cruising the strip and cavorting at drive-in movies and burger shacks. The image summons an identity that is not easily relinquished.

Like everything, though, vehicles are ever changing. Not long ago, transportation was dependant on horses, now we can drive or fly anywhere in the world in hours. None-the-less, the historic modes of transportation are being challenged again.

The Evolution of Transportation

Self-driving or autonomous vehicle bring are becoming a reality and believe it or not, it will become a prefered mode of modern transportation, especially among millennials. Elon Musk, founder of Tesla Motors, says autonomous driving will be here sooner than expected, probably in two years. And although self-driving cars aren’t quite hovercraft, they provide a new, unanticipated freedom: subscriber services.

Currently, cars are parked or stationary 96% of their life, which has inspired corporate innovations like company car sharing to improve usage efficiency. But what if instead of parking a car in a garage or in the lot while you work, a car dropped you off then sped off to other subscribers to give them rides? Then, when you need a car back, either you summon it with a phone app or it simply knows your schedule and returns to pick you up. This reality is on the near horizon. 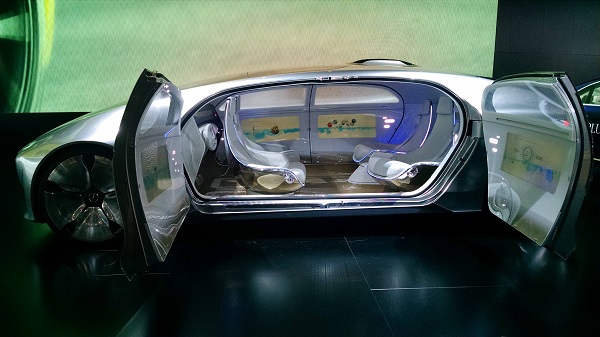 Companies like Tesla Motors, Faraday Futures, Google and secretly even Apple are developing self-driving cars. Included in these developments are the lessons learned from Uber and Lyft, that owning a car is no longer as desirable as it was in the previous century. Both Uber and Lyft pick you up based on an appointment made with a smartphone app. This has streamlined the ride industry from the clunky, taxi dispatch model and only becomes more promising with the inclusion of self-driving electric vehicles.

Cars were once part of the fabric of the American spirit, symbolizing freedom and adventure. That spirit is now found nostalgically posited in the last century. Current waves of teens coming of driver’s age show little interest in driving, considering it expensive, unnecessary and undesirable. This sentiment will only increase as car sharing and autonomous driving develop.

What is a car subscriber service?

There are several models currently being explored, but the general idea is that people could subscribe to a service, much like people do with their cell phones. For a certain amount a month, a subscriber would be entitled to so many pickups or miles or some combination. The price would go up or down based on subscriber needs, much like a smartphone data plan.

This idea expands the flexibility of our commuting, because using subscriber rides, we only use the type of vehicle necessary for that ride. As consumers, we tend to purchase the car we need for the most extreme circumstances, even if those circumstances are rare. For example, we might buy a minivan because once a month it’s your turn to haul the neighborhood kids to soccer. Most of the rest of time, we are driving a vehicle that is more than we need with an unnecessary capacity and again, the vehicle is parked most of the time.

With subscriber cars, we take the vehicle that is necessary for the specific trip. For some trips we might want a desk to do work, for others a video screen to watch a movie. Most of the time we travel alone, so having multi-passenger vehicles would usually be unnecessary.

Both car subscriber services and self-driving vehicles are more possible due to the advancement of electric vehicles. Obviously, technology improved driving with maps, consoles and Wi-Fi, but the leap will be when the car can learn and function without human interference. This is a function of software and algorithms, something completely impossible in the conventional, mechanical car.

Cars & The Internet of Things

New electric cars are being created by the intellectual culture of Silicon Valley. There, cars are hardware told what to do by software. This model allows for this development. Additionally, cars will be connected to  the internet and their intelligence will grow collectively with each ride, similar  to the hive mind of bees. Once one car experiences something new, that experience will be shared with the fleet.

By interacting with a fleet mind, the tasks required will be optimized. Locations, charging, demand, distance required will all be managed with sophisticated algorithms and not some half-in-the-tank dispatcher with an axe to grind.

With electric cars, particularly if there is a solar charging option (which will most certainly become part of the infrastructure), the cost of maintenance goes down to the point where providing cars that run around the clock will be feasible. By being electric, the cars will also be able recharge without human assistance using plugless charging. Theoretically, these chargers could be built into the infrastructure at stoplights and parking lots, allowing EVs to maintain a continuous charged state, operating without the fatigue of human drivers and without the necessary pit stops.

Also, robots don’t care if it takes a half hour for them to recharge:  they’re robots. So, worst case scenario, an autonomous car reaches a low battery, checks out of availability, goes to a recharging station, and a half hour later is back on the road picking up subscribers.

By being electric, there would be no worry about missed oil changes or neglected maintenance. Relatively speaking, electric cars require very little upkeep. By virtue of the subscriber networks and how they will be molding the future of transportation, this provides an additional forcing function to move us off of oil and gas power, something the simple promise of cleaner transportation has so far failed to accomplish.

Embracing the Future of Transportation

Even though your robot chauffeur might not be sitting in a driver’s seat manipulating a wheel, the robot driver is here and soon to be everywhere. Although this crimps the romantic notions of drag racing and drive-in movies, the reality of providing transportation to an increasing population that parks its car most of time makes it worth it.