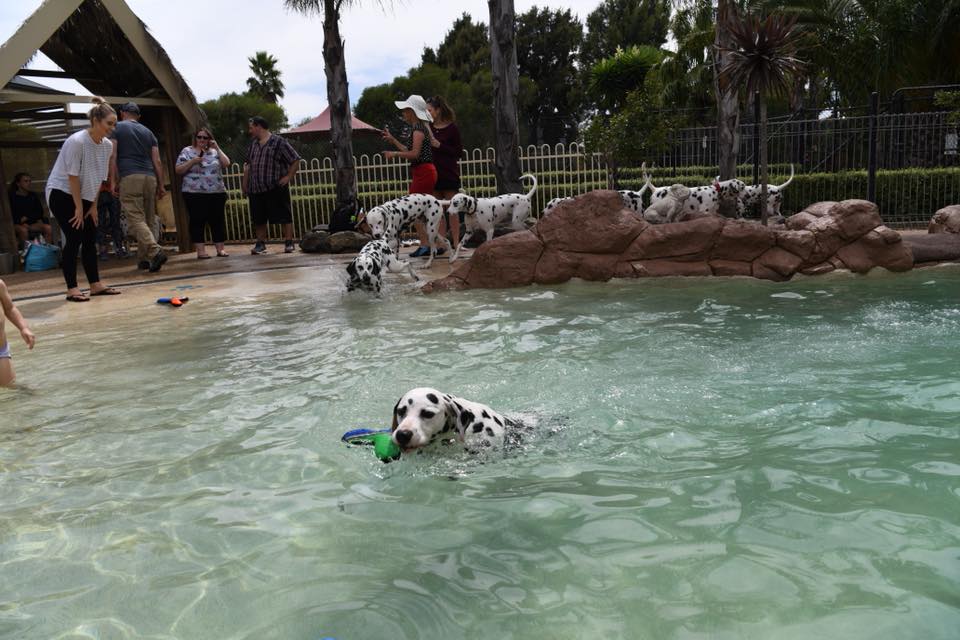 Waiting On The Unknown

She had been in labor almost all day. It was her first litter of puppies, so the vet and her owners thought this would be a quick birth. But as the hours went by, they started to realize this was not a normal birth at all. Nobody knew what the outcome would be, with the threat of complications looming over them the whole time. And by the time it was all over with, everyone was left speechless.

But Miley’s pregnancy had not been nearly as unexpected as her delivery would turn out to be. In fact, everything was meticulously planned. She belongs to Cecilia Langton-Bunker, a 43-year-old breeder in Ballarat, Australia. Her company, CCDalmatians, has been breeding, training, and showing Dalmatians for 24 years. So when the time came to breed 3-year-old Miley, a rigorous protocol was followed. But they would soon find out that nature follows no protocol.

Miley was paired up with a male called Astro, whose pedigree name is Astro Wonder Boy. A prized show dog, Astro has been winning competitions every year since 2013. But he is also smart, affectionate and intuitive. He and Miley hit it off right away, which was wonderful news for their breeder. Soon, Miley was pregnant and everything was going according to plan. But neither dogs nor humans had any clue what they were really in for.

Miley’s belly started growing very fast, and Cecilia took notice. She took Miley to the vet, who told her it would be a litter of three. This would be normal for a first-time mother, although Dalmatian litters can run up to eight or even ten puppies. But a large litter can also bring health complications with it. And as Miley’s belly continued to grow, so did everyone’s concern.

Miley, whose pedigree name is Sarasota From Russia With Love, had been an exceptional show dog before being selected for breeding. She was still young, so she could theoretically go back to competing after she finished nursing her puppies. But show standards are very strict. If she had pregnancy complications or delivered a large litter, her body would likely change too much to be fit for competitions. Of course, that wasn’t bothering the mother-to-be. In the blink of an eye, she was ready to give birth.

It was 7 am on May 18, 2017. Cecilia was awakened by strange sounds, which she soon realized were coming from Miley. To an outsider, the dog’s behavior would seem completely bizarre. But, being an experienced breeder, Cecilia knew what was happening: Miley was in labor. Calmly, she called the vet and began preparing everything that would be needed for the birth. But nothing could have prepared her for what she was about to witness.

Cecilia and the midwife were busy getting the birthing area ready while Miley was still having mild contractions. They padded her bed with blankets, made sure the room was warm enough, and even though Miley didn’t have much of an appetite, they stocked up on her favorite treats. Having done this many times before, they were pretty confident and thought they knew what was coming next. But Miley was about to surprise everyone — including herself.

Hours passed, and still no sign of the puppies. By then, the vet had arrived, and he frequently checked up on Miley to make sure she wasn’t in distress. It was important to stay on top of any complications that may arise. If she was found to be unable to deliver the puppies by herself, there was always the option of a C-section. But this wasn’t ideal for her or the puppies, so everyone waited patiently. Finally, by late afternoon, the first puppy crowned.

After the first puppy was born, everyone thought the rest would come out quickly. But they found themselves waiting long periods of time in between each pup. But at least they were coming, and they seemed to be in good health. Three puppies came out, then four, then five, then six. By the tenth puppy, everyone in the room knew something very special was happening. But it would be a few more hours before they truly realized the importance of this occasion.

It was 8:30 pm by the time Miley finished giving birth — more than 13 hours after she started labor. But that was not the most impressive thing about this day. Miley had delivered a whopping 18 puppies! Now the room was full of tiny, white, blind creatures shuffling around looking for mom. In total, there were 12 females and six males. Everyone was in shock that Miley had managed such a feat. Not least of all, the puppies’ baby daddy.

After the birth, Astro was let into the room to bond with his newborn puppies. But he clearly wasn’t expecting this much offspring. He was said to be “a bit disconcerted by the 18 puppies running around, he’s like ‘are these all mine?’” according to Cecilia. Meanwhile, the breeder herself was just happy all the puppies seemed to be in good health. But soon it dawned on her how much help she was going to need to look after them.

Cecilia hired seven veterinary nurses to take care of the puppies while they nursed, making sure that Miley wasn’t overwhelmed by having to feed so many mouths. But, like the champ she was, she took it all in stride and diligently fed them every four hours. “They have been a really healthy, happy, thriving litter from the time they were born which is largely because of their mum’s dedication and perseverance,” said Cecilia. Soon the time came to look for potential owners.

Two months after being born, the 18 puppies were ready to be taken to their new families. Cecilia even started feeling a little nostalgic. “I expect to get an empty nest feeling when they all start going to their new homes on July 22 because this is a very special litter,” she said. Indeed, this litter was special. They had broken the Australian record of most Dalmatians in a litter and matched the current world-record holder. But not all the puppies were about to leave the nest.

Cecilia decided to keep one of the puppies, a female whom she named Paris. Described as “outgoing, smart and highly spirited,” Paris soon began training for her first show. And, just like her mother and father, she proved to be a natural champion. She won Best Puppy of Breed and Best Puppy in Ring at the Royal Melbourne Championship Show 2017. Months later, she would get to reunite with many of her siblings.

In February 2018, Cecilia organized a “puppy party” to reunite the members of this very special litter. Ten of the 18 dogs were in attendance, along with their owners and their families. The puppies and their parents got to run and frolic along the field, followed by a refreshing swim in the pool. Cecilia felt proud of how well these pups are growing and thanked their owners for keeping them happy and healthy.
Must Read
Genome Studies Manage To Find A New Branch Of Fungal Evolution
European Space Agency Budget Increases By 10 Billion For The Next 3 Years
Artemis 1 Finally Launches: What It Means For Space Travel And Exploration