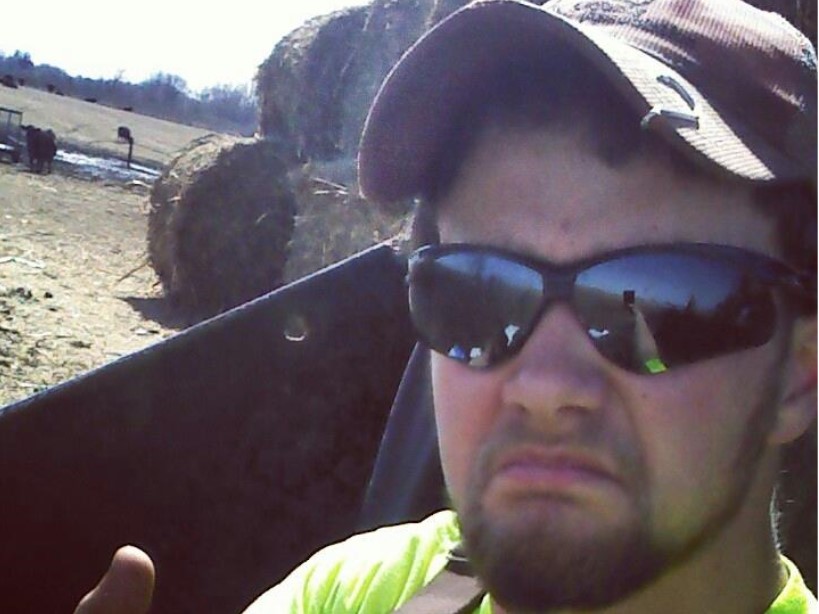 The car was sitting in front of the shop again like it knew his routine, but it was so big and particular that it stood out like a sore thumb to him. Easing into a parking bay he decided in a split second to walk straight up the vehicle and have a look at who the occupants were. He tapped on the window and waited for someone to open the door.

He loved three things, his family, dogs, and cars. So when Jake Holloway noticed a particular silver Jeep frequenting his local Walmart and Target in Altoona, Iowa, he immediately took notice. The car was always parked at one shop or the other and it made Jake a little nervous that it never seemed to go very far.

Every time he saw it the same thoughts went through his mind; who drives it? What are they always doing here? And, of course, ‘nice ride!’ As soon as he was inside the store he forgot ever even seeing it, until the next time he found himself out shopping again. Was he the only person seeing this?

It would take Jake weeks before the curiosity was strong enough to find the answers to his questions and in the end, he would need one final push over the edge which compelled him to actually go near the silver Jeep. It happened to be a sticker stuck on the back bumper of the car that finally made him take the plunge.

It was a day like any other, except that this time the Jeep was very close to where Jake parked, that’s how he saw what he did. Proudly there for the world to see, an ‘I served’ in Iraq decal sticker. Jake couldn’t take it anymore. He had to know what the story was behind this Jeep and hanging out at Walmart. He parked the car.

On The Spot Decision

Before he could talk himself out of it he quickly got out of his Toyota, slamming the door shut behind him. He walked the short distance to the Jeep and stopped outside, sunlight reflecting off of the windows made it hard to see if anyone was inside at all, so lifting his hand he knocked firmly on the window and stepped back.

The driver’s door was pushed open and there was, presumably, the owner, looking back at Jake. To get the conversation going Jake opened with some car talk, complimenting the owner on his ride and introducing himself. He soon learned that there was more to the silver Jeep that he had ever thought possible.

The man’s name was Nick, and Nick had a story to share. Just as Jake had suspected, he was a veteran returned from the war effort but what he wasn’t expecting was the tale that followed: Nick had just returned from his fourth and final tour to find out that his wife was leaving him, and it got worse.

A Story To Tell

He had nowhere to stay and no money left so he did the only thing that he could. He went to look for a job, slept in his car, and tried to get enough dog food to feed his boxer. He had been sleeping in his Jeep for some time when Jake finally decided to have this chat. Jake couldn’t just leave Nick like this, so he decided to do something about it.

After saying their farewells Jake went home and immediately jumped on Facebook. He wanted to share not only the experience of meeting a veteran but also Nick’s plight. “I see a lot of people out there posting about wanting to help people for the holidays. Here’s my request. I don’t know this guy from Adam and I don’t know his whole story. There’s been a silver Jeep Wrangler in the Walmart and target parking lot In Altoona for the last few weeks.”

“It moves from time to time back and forth… Noticed an “I served” Iraq sticker in the back window today and I finally got the nerve to stop. Told him I liked his Jeep. He liked my Toyota,” Jake’s social media message began, “And, I asked him if he was alright. He told me his name was Nick and after he had got back from overseas his wife left him and left him with his Jeep and his dog.”

“He’s got no money and broke as a joke. Told me he just got a job at the DOT ( Department of Transportation) but hasn’t been paid yet. Said he had started selling things off the Jeep to have any money at all.” Jake continued writing, stating things just as they were, showing the sheer helplessness of the old veteran’s situation.

“It broke my heart. If you wanna do something for someone out of pure selflessness, please…,” Jake said, imploring others to help. “If you see him. Out of the kindness of your heart. Do something nice for him or his best friend (the boxer dog). Few bucks. A gift. Some dog food. That’s my request. Makes me sick to see a soldier on the street.”

Jake’s post soon made it’s way to almost everyone in Altoona and hearing about Nick’s tragic situation a small army of people were lining up to do what they could for him. It seemed the story touched everyone’s hearts and the community responded in a huge way. Within just a few short hours things started happening.

People were showing up at Nick’s Jeep to offer what they could, money, gift cards, and even dog food for his loyal boxer dog. The biggest gift was a weeks long, fully paid stay at a hotel for Nick and his dog. Nick now has a warm place to rest, and his best friend is taken care of!