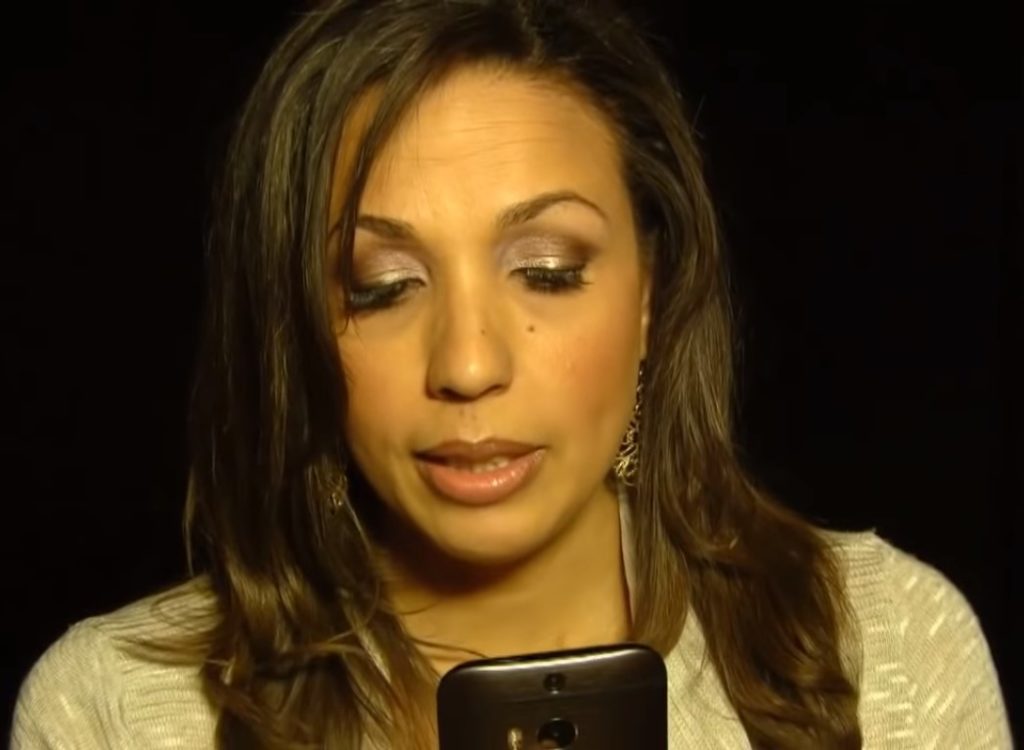 Going To The Movies

Few things are as comfortably exciting as seeing a film at the cinema, it’s a treat and there’s something to suit just about everyone, any age, any genre. Dads with kids, groups of friends from school, the first date between a couple. Animated, thriller, romance, what isn’t there to like? One mom and daughter found out exactly the worst thing about the movies the hard way.

Not A Fairy Tale

It was Cinderella released as a modern-day classic, the original princess adorned in the impossibly sparkly iconic blue dress, and visual effects created using computer software bring the magic of her fairy-god-mother to life. It is more beautiful, more real, and more magical than the first time your mother read the book to you at bedtime.

Rebecca Boyd was thrilled to be going to the movie theatre with her daughter, 12-year-old Ashleigh. It had been a tough week and she thought both her and her daughter needed one last treat together. The mom/daughter duo had already decided at home which movie they wanted to see so the only thing left to do was choose some snacks, grab some popcorn and get lost in the fantasy.

Rebecca found their places and they got comfortable on the big movie seats, trying not to eat all their popcorn before the movie actually began. When the previews started and the cinema lights dimmed down it hushed a down a little as people get settled for the next hour or two. The cinema darkens completely and the story begins.

Losing Yourself In The Moment

It’s easy to get lost in the make-believe that movies provide us, you get involved and lose track of time and place. It’s the ultimate experience and then, someone kicks your chair. You are immediately jolted back into a chilly dark room but you think, ‘It’s okay, just a mistake’ until it happens again, and again.

There is no way you can salvage the movie, it will forever be an annoying experience so you think to yourself, ‘How bad is it really?’ and if you can’t put up with it, it leaves you only one choice. Confrontation. This is what Rebecca put up with for nearly half of the movie before she couldn’t take it anymore.

Not wanting to but truly trying to just get through the next hour without going crazy she turned around. “I turned around and I said, ‘You know girls, we paid for this movie just like you did. Could you guys keep it down?’ They just laughed. After I spoke to them, they seemed to not care. They just laughed in my face,” Rebecca recalls.

They Didn’t Care At All

The girls sitting behind her didn’t stop chatting, kicking and laughing throughout the entire film and Rebecca was both sad and livid, but probably growing even more livid the longer the movie played on. Rebecca waited for her moment to get the girls alone without ruining everyone else’s evening, and that moment came when the movie ended.

She left the theatre and there, standing in the lobby, were the two girls and a boy. Rebecca walked right up to them and gave them a piece of her mind. Before becoming too upset, she left with her daughter to return home, their evening ruined. As so often with these events in life you never really feel a sense of justice, especially when people have just laughed in your face. This isn’t one of those times.

Social media is all around us and people, especially those going to the local movie theatre, are closer than you think. This was especially true for Rebecca, who, by pure accident, came across a post from a complete stranger but was addressed directly to her. Just a few days later and there was what was a very long and endearing apology. Would she accept this strangers peace offering?

Mom Finds Them Out

Kyesha Smith Wood had allowed her son, daughter, and step-daughter to go watch Cinderella at their local movie theatre, but her son was quick to tell his mother of his sister’s behavior as soon as they got home. After soundly dealing with the girls, Kyesha found herself trying to figure out how so could apologize to this other mother that she did not even know.

An Apology For All To See

She posted the apology on the Jefferson County Sheriff’s Office’s Facebook page where they had shared it, and the story has since gotten over 250,000 likes and an immense amount of personal messages to both mothers. The note began, “This is a long shot, but I am looking for the woman that was at Tannehill Premier tonight seeing Cinderella at 7 pm.”

She continued with her heartfelt letter, “I dropped my teen-aged daughter, stepdaughter, and son off at the movie. My son later told me, much to my humiliation and embarrassment, that my girls were rude and obnoxious during the movie. The woman I’m looking for addressed them and asked them to be quiet and they were disrespectful. After the movie, she approached my girls and told them that her husband had been laid off and this was the last movie she would be able to take her daughter to for a while and my girls ruined that for her.”

“If you are this woman, please message me. I can assure you that these girls are being strongly dealt with and appropriately punished. This rude, disrespectful, and awful behavior is unacceptable and they owe you an apology. My husband and I are having them write your apology letter tonight and we would like to pay for your next movie and snacks out of their allowance. Please message me if this is you. I apologize for their disrespect.

On the Facebook post, Rebecca responded just a few days later, “I am the mom from the movie theatre,” she wrote in the comment. “I had taken my daughter to see Cinderella. I was very upset and disappointed in the girl’s behavior…the note from their mom brought me to tears and shows there are still good people in the world.”

Rebecca couldn’t believe it and the two women were soon in contact. Kyesha immediately wanted to meet the woman who believed, in what turned out to be, the same type of ‘old school’ parenting she did. Like r your elders and the people around you, especially somewhere like a quiet movie theater. They made a plan to meet, kids and all, that very same week.

Kyesha handed over the apology letter which she had gotten her daughters to write, along with some of their allowance meant for Rebecca’s next movie. She couldn’t take away the memory of the irritation she had felt during Cinderella, but perhaps the apology and a new memory would help to make up for that evening.

A Hard Pill To Swallow

“It wasn’t easy to hear. It’s a hard pill to swallow when you hear your children aren’t acting right. But I know that they weren’t raised that way and I knew that it had to be corrected immediately,” Kyesha said of her children on that night. “You approach kids that are acting up and you make your kid apologize for bad behavior.” She finished, connecting the two mom’s approaches, both of them being old fashioned.

And Rebecca was thrilled, not only did she get another movie with her daughter but the knowledge that there are people, parents, like Kyesha out there raising children the right way has changed her whole view on the night’s events, “It shows me that there are still good people in the world. People that care.” she mentioned at an interview.

“My girls are so mortified. They are humiliated. And, that’s okay because I told them, ‘You know what, you’re not going to do this again,’” Kyesha remarked. She was extremely grateful that Rebecca accepted her girl’s apology “She’s the most gracious, kind and forgiving woman. I am so humbled by that, and I’ve been telling people the real hero of the story is her,” she said. “She took it upon herself to correct my girls and no one else around them did.” Since then the story has gone viral and with good reason.