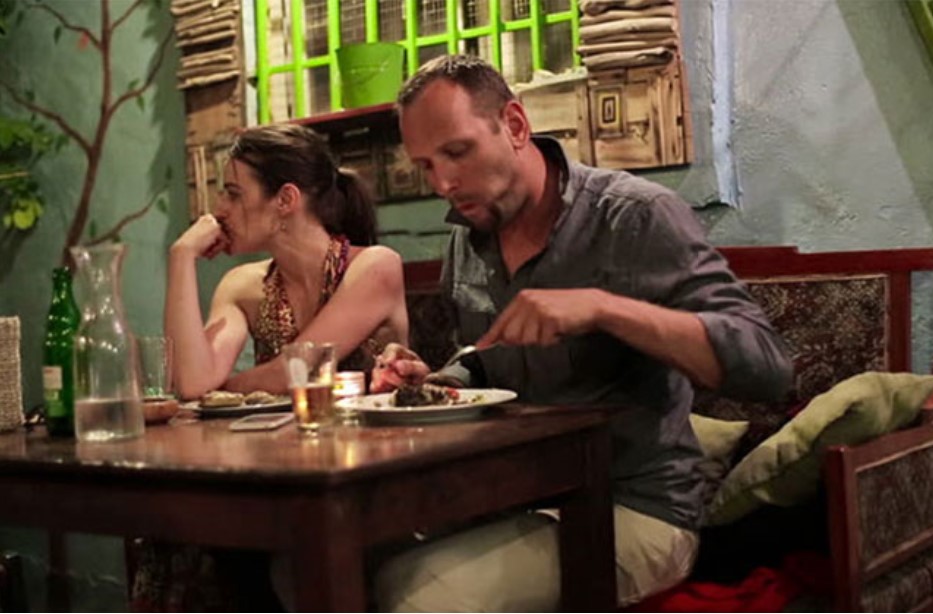 She wrung her hands together under the table in an effort to calm her nerves. This wasn’t going well and had just taken a turn for the worst when he looked into her eyes and told her “I know where you live.” It felt like her heart stopped dead in her chest and the blood drained from her face. Her mind raced through every possible excuse to escape, but there was no way out.

She had just joined the Student Government at college and was excited about meeting a group of students that shared her passion and motivation. The students are charged with managing a wide range of events, activities, programs, policies, and initiatives around the school and it would be great to make some new friends.

A Leap Of Faith

As fate would have it, Laura made a new friend on the very first day and was quick to agree to swap numbers since they were working in the same department. What she didn’t know was that he was not what he said he was, and it would be a lot later before she saw his true side. Soon she would look back and regret every decision leading to the trap he laid.

She had finished up class for the day and was headed home when a text message came through, “Really enjoyed meeting you today. Care to join me for a bite to eat later?” To a new girl at college, Laura was quite happy at the idea of not having to eat alone, and dinner with a new friend sounded like a great idea. He seemed so nice.

“I’d like that a lot!” She texted back. He recommended a casual place that was a definitely further than walking distance away and offered her a lift, saying he knew it was out of the way. Strangely, no alarm bells were going off, he just seemed like a really nice guy. Laura sent him her location and they set a time.

She threw on some fresh clothes and spent some time touching up her make-up since there was some time to kill before heading out. A new town to explore, new people to meet, good food and a new friend. It seemed the new school was turning out to be pretty great… or so she thought.

An Act Of A Gentleman

At 7 pm she looked out the window at the sound of a car horn. He was right on time and she locked up and jumped into the passenger door after a quick and friendly ‘hi’. Laura wanted to chat about their new jobs at the college, however, it seemed that he wasn’t very interested in the subject so she just went with the flow.

By the time they had found a table at the restaurant, the alarm bells were ringing in full force. It was like something out of Jekyll and Hyde. Who was this guy? Because he certainly wasn’t the ‘nice guy’ who had asked her to dinner which, to make matters worse, he clearly thought of a date. Laura became more uncomfortable the more he spoke, dropping inappropriate comments that she was pretty sure most of the tables around her could clearly hear.

Wolfing Down Her Food

The appetizers finally came to the table and she grabbed onto hers as a lifeline. By now it was all a matter of sitting through the nightmare and moving it along as quickly as she could. Her plan backfired when he commented on how quickly she ate her food and she blushed a deep red. He was so loud, she just wanted to be swallowed into the ground. But enough is really enough.

Laura quietly but firmly interjected on his indecent comment and was immediately silenced, his hand ‘shooing’ her words away, but it wasn’t his actions, but rather what he said that left her silent. He responded with: “Sweetheart I picked you up, I know where you live.” She heard roaring in her ears. She was stuck and now with no escape.

The scraping of a chair next to their table snapped her back to reality, looking up they both are a bit lost for words. He walked over, grabbed a nearby chair, flipped it around and sat down. Then… he pulls out his police ID and puts it on the table. Now it’s the guy that doesn’t have any color in his face.

In awe, she watched the best rescue happen right in front of her. “So, I’m quietly celebrating my daughters birthday with my family,” He begins, addressing her ‘date’, “when I distinctly hear you threaten this young lady. Would you care to explain yourself?” The cop asks without expecting much of an answer, so he continues promptly. “Now see, we take a very dim view of that kind of thing, so right now I’m deciding if I want to have some of my buddies come pick you up.” Laura fought to keep her mouth closed at the unreal events taking place in front of her. She didn’t know whether to laugh out loud or cry from relief.

“But that would disrupt everyone’s dinner, so how about you hand me your ID, because I wouldn’t want you running off on me, then you go see one of the staff here and settle your bill…the full bill now, this young lady shouldn’t go hungry on account of your poor behavior. Or we can go with the first option, I’ll leave it up to you.” He very quickly agrees and hands over his ID, scuttling away to pay the bill.

I Hope I’m Not Interrupting

As the officer took down the information on the card he, incredibly, apologized to Laura for interrupting, “Sorry about that miss, I hope I’m not intruding, it just seemed like you could use some help. Oh and don’t worry, if you want to pursue this further I’ll have some of the boys pick him up on his way home, we can definitely take this further.” Maybe she just wanted this all to be over and done with, or perhaps it was just that she was so certain she was safe from this creep after the ‘talking to’ he got that she didn’t feel that it was necessary.

Then the officer offered her something she never expected “Well, I’m here with my daughter, she’s about your age, perhaps you’d like to finish your meal with us? We can run you home afterward if you’d like unless you’d prefer to call someone else?” How could she do anything other than accept?

Mr. Nice Guy returned from paying the bill and, suddenly possessing a lot more manners, and asked for his ID back. “There you go.. now I have your details right here so I highly recommend you don’t go near or contact this young lady ever again.” It was the best thing that Laura had heard all night, explicit instruction to ‘get lost’ was the cherry on top of this turnaround.

Smiling From Ear To Ear

“Yes, yes, of course, I’m so sorry!” He stuttered and then turned to flee from the restaurant without so much as a goodbye, which was a huge relief. The restaurant felt bigger, as though she could breathe again and Laura picked up her plate and joined the police officer and his family, thanking him again.

They spent the evening celebrating until almost all of the other customers were leaving, relaxed and laughing, Laura’s evening had gone from a dangerous, ugly night to one where the creepy guy learned an important lesson. Laura did enjoy her evening in the end and was happy when she was dropped off at her front door. She looked around to make sure everything was safe.

The fact that that guy still had her address wasn’t something she could just shake off easily, but she was reassured, as the family waited until she was inside and safe. Nothing looked out of order and she had the officer’s number, just in case she changed her mind about taking it further.

Laura never did see her ‘date’ again. They were meant to be working together and it was something that worried her; seeing him again on a daily basis and while she was relieved that he wasn’t around it made her wonder just how he had so easily pretended to be at her college just to get her number.