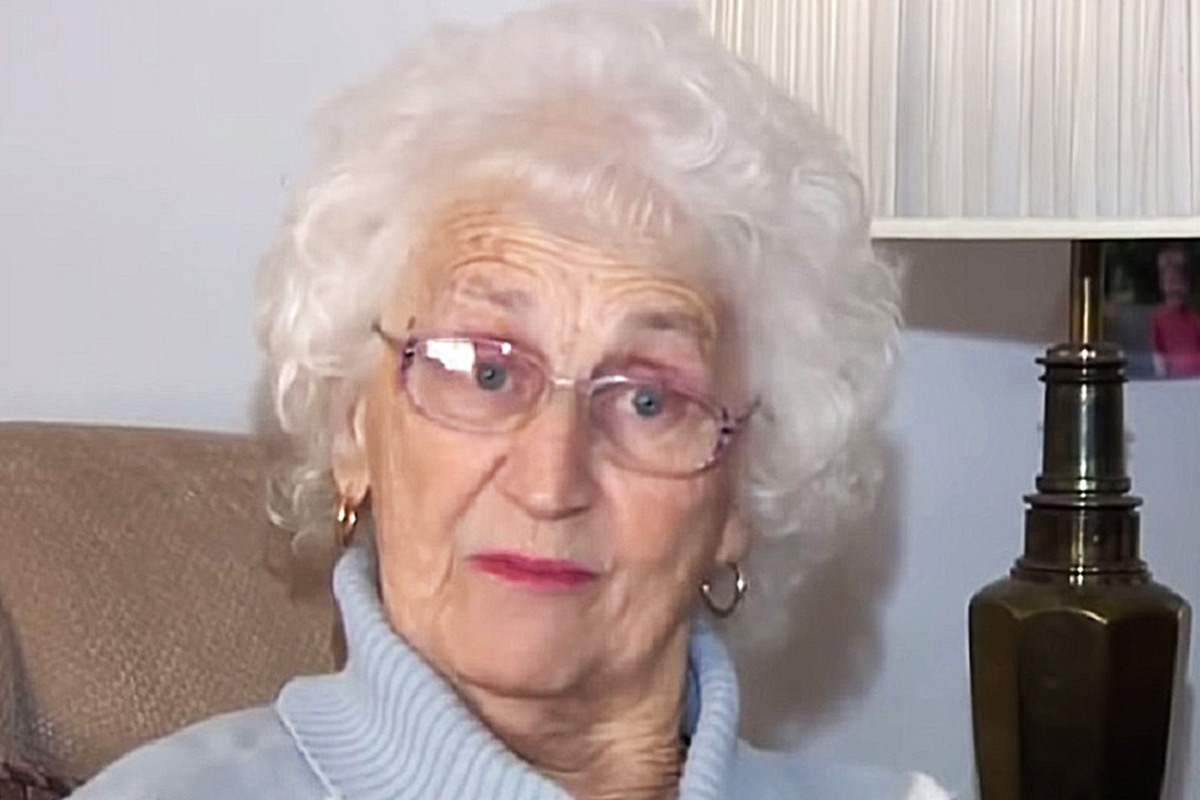 It all happened in an instant. Two men surrounded her car and she barely had time to process what they were saying until it was too late. Ethel felt something snap inside her. She wasn’t going down without a fight. She slammed the car into reverse and mounted the curb, hooting furiously. Suddenly, she heard boots on the tarmac and knew that they had come for her.

Lynwood resident 60-year-old Ethel Mills walked through the shopping mall at as brisk a pace as she could manage, with her head down. She ignored the enticing window displays in JC Penney’s and H&M, trying to keep her bearings. The mall was filled with young shoppers that afternoon, but she continued toward the Pearle Vision optometrist, undeterred by the jostling youngsters.

Ethel’s worry grew with each step she took. Although she was still spry for her age, her eyesight wasn’t what it used to be. In the last few weeks, she had begun to notice that the blurry cloud around the corners of her vision was growing larger. She was lost in her own thoughts as she walked, so she didn’t notice the two men. But they noticed her.

Finally, she saw the sign for the eye specialist looming and went inside. She sat in the high-backed chair with the auto refractor’s cool metal on her forehead and waited for the ophthalmologist’s diagnosis. She was relieved when the doctor didn’t seem too concerned; prescribing stronger lenses that she would have to pick up in a few days. She made the long walk back to the parking lot, but she never could have known that she had been marked.

It is unfortunate that criminals often take advantage of the elderly, and Ethel was the perfect soft target. She was all alone, she was vulnerable, and because of her age the two thugs never expected her to fight back. They followed her at a distance, waiting for her to leave the safety of the crowded mall.

Ethel huffed and puffed as she plodded back to the parking lot. Next time, she would be sure to remember to park closer to the right entrance, she thought irritably. But at least she had done what she had set out to do. When she reached the entrance, she was surprised to see that the sky was already fading into dusk, and the parking lot was almost empty. The two figures trailing her at a distance noticed, too.

Ethel lifted herself up into her car and sat for a minute to catch her breath. She pulled her safety belt on carefully before closing the door, but before she had time to lock it they were upon her. One forced the door open while the larger one made a grab for her handbag, which was still around her shoulder. Then, her eyes flew to what the man was concealing under his shirt.

The man pulled at her handbag and in an instant she decided that she was not going to give it to him. As foolhardy as the thought was, she couldn’t bear to lose everything inside her purse. Credit cards, a small amount of cash, her social security card, notes from her grandchildren – everything was inside. As a retired police officer herself, she knew it was always best not to fight back. But she didn’t take her own advice.

She summoned up all her strength, gripped her handbag strap in her fist and yanked, pulling it free. Meanwhile, her other hand shot out to close the door. But these thugs weren’t going to give up so easily. One of the men banged on the window and showed her his weapon, but she didn’t care. She slammed the car into reverse and put her foot down flat.

One of the thugs was in front of the car now, and she knew exactly what she wanted to do. The other ran around and came from behind, trying to wrestle the door open again. Then, they saw the determination on her face. She banged on the car’s horn with her small fist, hoping to attract the attention of someone, anyone. Then, she rammed the gear into drive.

The thug’s eyes widened as the car started to barrel toward the larger man, and the other took off running. With a screech of tires and an angry hoot, she mounted the curb. These criminals were not going to get away with this. She turned on two tires as she tried to get ahead of the second man, cutting him off. The thugs knew then that they had made a miscalculation, but when they saw the men in uniform running toward them, their faces went white.

The criminals who thought that they could take advantage of Ethel never noticed what was in plain view, in the strip mall a few steps from the parking lot. It was a mistake to try and rob Ethel, but the fear on their faces quickly turned into pure terror as the door swung open and the Marines came rushing out. They had just realized their colossal mistake.

Sgt. Ricardo Schebesta, Staff Sgt. Bryson Twigg, and Sgt. Ben Shoemaker had heard the loud commotion from outside their office in the Armed Forces Career Center and immediately took action. Dressed in their blue dress uniforms, they presented intimidating figures as they ran after the two thugs, straight into the road and into peak-hour traffic.

Ethel had shouted at the Marines that the men were armed, but that didn’t deter them. Shoemaker took off after one of the thugs, but he didn’t stand a chance. “No, that kid was never going to outrun me,” he said later, “Marines run towards the sound of chaos.” Shoemaker quickly caught up to the man, and then his Marine Corps Martial Arts training kicked in.

He instinctively grabbed the man’s wrist, and by using the Marine Corps Martial Arts wristlock technique, he took him down. “My first thought was, we’re on the grass I’m just going to [tackle] him,” he said. “I didn’t think about it until it was done.” Shoemaker later said that the last time he had performed the move was while he had been deployed in Iraq.

Unfortunately, the other suspect was able to get away, but thanks to Shoemaker’s quick-thinking, the other was detained until the police arrived. Then the gravity of the situation really hit Schoemaker hard. “Fear came later,” he said. “At the time, no, I didn’t think about it. Once I sat down, it was like ‘holy crap.’ It’s different because I have a kid. That’s all I kept thinking about. Going into combat I didn’t have one…That’s the first time I’ve actually felt the whole, ‘What if something happened?'”

Shoemaker had thought that the man had been armed, but he had pursued him fearlessly anyway. It was later found that the suspect had a metal baseball bat hidden in the back of his pants. The search for the man’s armed accomplice continues, but the Marines are confident that the both of the men were shaken when faced with the highly-trained military officials.

Shoemaker has since been lauded as a hero, and has been profiled in newspapers and interviewed on the news alongside his fellow Marines, Twigg Schebesta. Their commanding officer, Maj. Sung Kim, called the heroic men’s actions “reflective of the courage and commitment they embody,” but Shoemaker remains humble in the face of being hailed a hero.

“What are you supposed to do? That’s what we’re trained to do. I can’t sit here and let it happen,” he said. But their commanding officer has this to say: “[They] set a great example for their fellow Marines, and especially for the young poolees who are studying to learn what it means to be a Marine,” he said. “Their response reminds all Marines that we have a responsibility to always do the right thing, regardless of whether or not anyone is watching.”

“It’s what we do. From the beginning, what we’re taught in boot camp, it’s a part of us,” Schebesta said in an interview. And Shoemaker agreed, “It’s really what I’m trained to do, be it recruiting, be it that; my job is to protect the United States public,” he said. And the would-be robbers were extremely unlucky to have picked Ethel as a target, but they were even more unlucky to have tried to commit their crime right outside a Marine recruitment office!