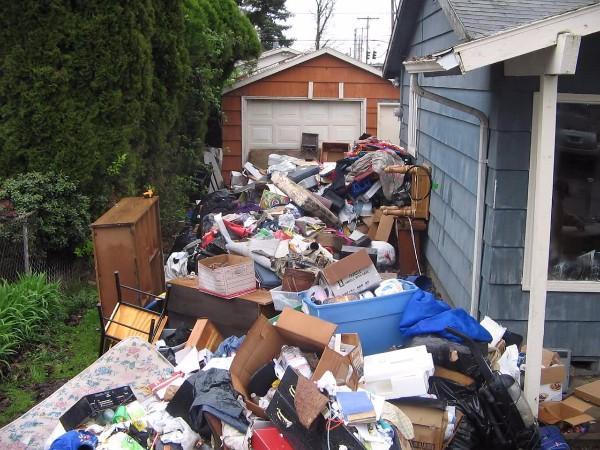 He woke and up checked his bank account, but still nothing. It had been over a year since these tenants had moved in, and he had not received a single rental payment. Promise after idle promise had been made, and this was the last straw. Little did he know, he was about to walk into a landlord’s worst nightmare. And he was going to make them pay.

Thomas Ravaux was an optimistic man, and when he met the couple with three well-mannered children who had inquired about renting an apartment from him, they had seemed nice enough. After filling out the requisite paperwork they had passed all the financial and security checks with flying colors. There were no red flags and Thomas was confident that he had made the right decision.

Thomas spent a week making sure the French apartment was ready for his new tenants. He repainted the home from top to bottom with a new coat of white paint, checked the fittings, cornices, door handles and plumbing to make sure all was in working order. He hired a wood polishing machine and buffed the hardwood floors until they gleamed.

With everything in order, the seemingly-perfect family began to move in, bringing with them boxes of their belongings, which they stacked neatly in the hallway. Thomas presented them with the keys and went on his merry way. Two months flew by, and then four, but he had still not received his first rental payment. At first, he thought nothing of it and chalked it down to a banking error. Surely there had been some kind of mistake?

Thomas made a call to his bank. Perhaps the payments were not reflecting in his bank account for some reason. With a family of his own, he was starting to feel the pinch without this steady stream of income. But what the woman on the customer care line said made him see red.

There had been no rental payments from his new tenants at all. He angrily dialed their number, but there was no answer. He called again and again, reasoning that the father of three must be busy. Suddenly, his call was dropped and he began to suspect the worst. They were avoiding him. This continued for an entire fourteen months. Thomas was a patient man, but enough was enough.

Paying Them A Visit

Thomas pulled up to the pristine apartment block and walked down the drive. He knocked on the door, but there was no answer. He had suspected as much, so he whipped out his spare key. He was going to give these tenants a piece of his mind. When he creaked the unoiled door open, the sight in the hallway left him reeling.

The entire apartment was stacked from floor to ceiling with trash. Broken furniture lay in heaps of splintered wood, children’s toys littered the once immaculate hardwood floor. Dishes piled up high on every surface, and the stench was unbearable, and the smell of rotten food hung in the air like a thick fog.

Thomas held his head in disbelief. How could anybody live in such filth? His eyes took it all in as he stood with his mouth turned up in disgust. There were holes punched in the drywall, and there was evidence that there had been dogs and cats living here, too. He took a minute to calm himself, and then he started to hatch a plan.

There was such a wanton disregard for his property that Thomas almost cried. This apartment had belonged to his grandfather, and when he had passed Thomas had inherited it, making the tough decision to rent it out. He needed the money–and with a family of his own to feed it had been a Godsend. And now this. Ruined. Well, he would show them. Thomas pulled out his phone and called his lawyer

Then, Thomas knocked on his neighbor’s door, and the man confirmed another scandal involving his tenants. Thomas was now even more furious than before. He made another call, and his eyes sparkled with an unhinged flame of glee. Legal or not, he didn’t care. He felt a twinge of guilt, but he shoved it deep down and let the joy of revenge envelope him. He wouldn’t rest until the dirty deed was done. But first, he needed their address.

Putting It All In Motion

Luckily, his revolting tenants were listed. He quickly searched in the directory and found their new address and made plans to pay them a visit they would never forget. His hands fisted into balls and sweat dripped from his forehead. Something inside mild-mannered Thomas had finally snapped. With shaking fingers, he dialed the number that would get his diabolical scheme rolling. But first things first.

Thomas was intent on getting satisfaction. He was a man who wasn’t afraid of getting his hands dirty, and he knew just how he was going to do it. He smiled for the first time that day as he thought of the filthy family’s faces when they realized he wasn’t going to let go of this so easily. He pulled on some rubber gloves and got to work.

Thomas looked for the source of the most overwhelming stench in the apartment, and he followed his nose. The rancid smell made his eyes water, but he knew that the revenge would at least be sweet. Then, he hit pay dirt. There, in a corner, was a cat litter tray that hadn’t been cleaned for weeks.

Thomas’ actions may have been petty, or you could even say they were juvenile. Was it an over-reaction? Probably. But when a man is as angry as Thomas was that day, it’s easy to do something to regret later. But Thomas’ didn’t regret what he did one bit.

Thomas cleaned out the cat litter box, and he was careful to get every kitty parcel–and there was a lot of it. He filled a brown box lined with a black bag, all the way to the very brim. But Thomas’ creativity didn’t stop there, he had to seal the deal, as it were.

When Thomas’ dirty work was done, he packaged the stinking parcel up perfectly–even adding official-looking tape. He even enlisted the help of a print store down the road to print his former tenant’s new address. The thought of the tenants opening up the package sent him into a frenzied chuckle, but then he realized that petty revenge just wasn’t enough. He had a better idea.

A truck pulled up to the drive noisily, and workmen started to stream into the trashed apartment. They too were aghast at what was inside and immediately got to work loading the entire mess onto the dump truck while Thomas schemed. He told them his new plan, and they laughed wickedly. Everyone wanted to see these people get their comeuppance…but he couldn’t do it alone.

Broken furniture, garbage, paper, dog and cat feces, rotten food, and dirty dishes, it was all piled onto the truck in a stinking heap. Thomas had never seen so much filth. Finally, the apartment was cleared of trash, and Thomas followed the truck to its destination–the tenants’ newly rented apartment, just a few blocks away.

The truck backed up with a beep-beep and tipped the heap of trash right onto the rude tenants’ driveway. Onlookers gathered and couldn’t help but gawk at such a ghastly delivery, but Thomas smiled when he thought of the rude people’s reaction when they saw what surprise he had left for them.

Thomas uploaded the video of his revenge onto Facebook and Youtube, and it quickly gained traction around the world. Local news stations picked up the story, and the original video has garnered over a million views. Most commenters praised Thomas for teaching his nightmare tenants a lesson in common decency. One commenter wrote: “Love it!! This needs to be done in the United States! I’ve seen some disgusting tenants in my neighborhood!” But not all who saw Thomas’ revenge video have praised him.

Some viewers have voiced their concerns: “Not a bad idea but if these tenants can’t pay rent moved to new place which is not their place you just made a big mess for a new landlord who now can sue you for jumping on his property. Think man. I know you’re upset but you put a new landlord in the middle and he did nothing to you.” But Thomas stands firmly by his decision.

The Law On His Side

“It was carnage inside. Everything was totally destroyed. The carpet is messed up, there are holes in the walls, all the paintwork needs re-doing, and we will need to disinfect it all. The smell is unbearable. I had a legal representative witness the damage before we emptied the place,” Thomas says in his defense. And he has a message for his tenants.

“This is how this flat was returned to me. Living like that with three kids, bravo. Not to mention the food that has gone bad in the fridge. Food offered to you by restaurant owners from their heart! Shame on you. Good luck to your new landlord.” Thomas also had to pay for all the damages to his once immaculate property.

He added: “…I loaded everything into a dumpster and brought them back home…I met the authorities and we talked… For now, I’m not worried… The old tenants had to clear the sidewalk and bring everything to the dump Tuesday night. Everything is cleaned.” But do you think the unbelievably inconsiderate tenants learned their lesson?