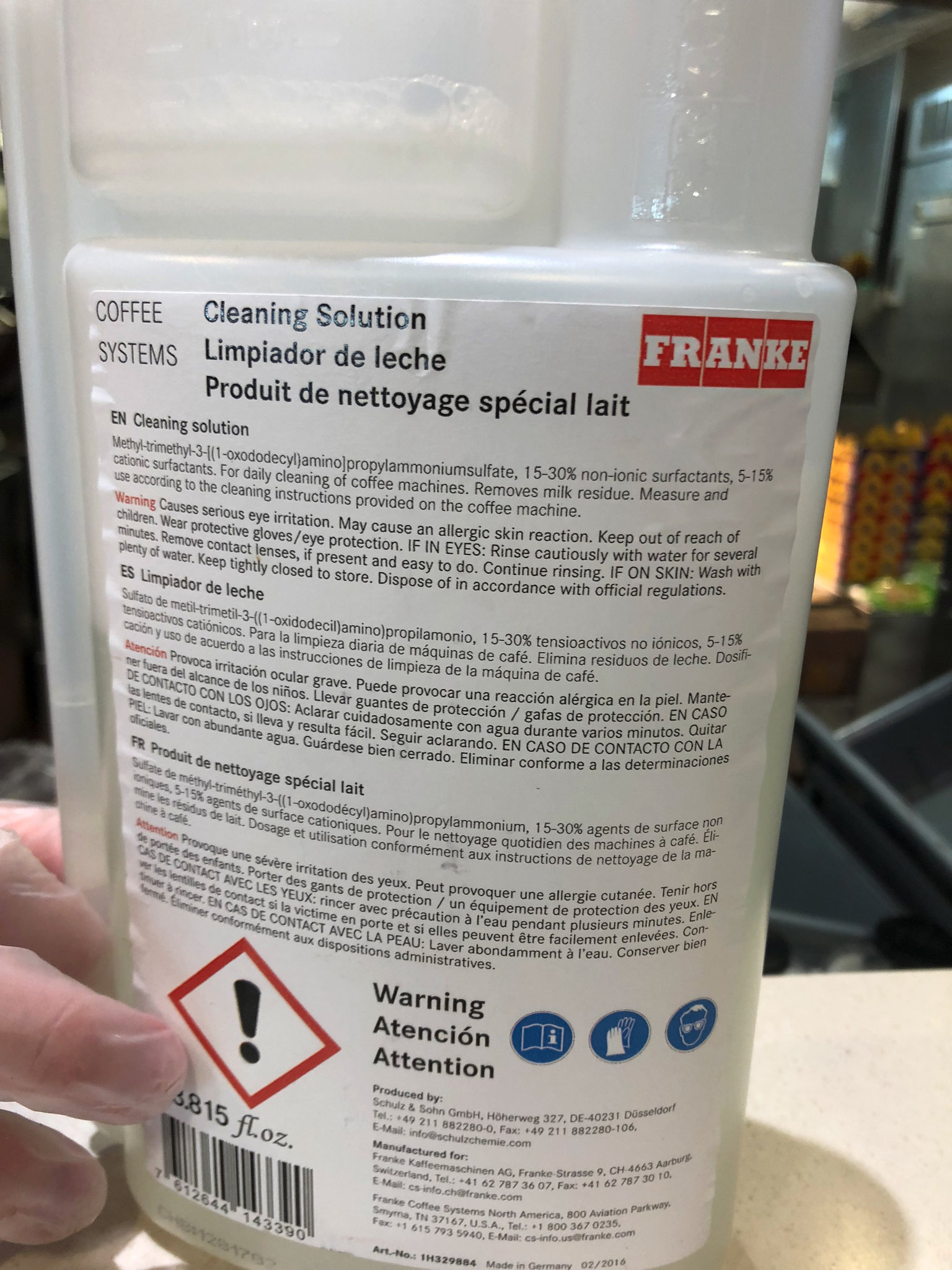 Suddenly, her mouth started to feel dry and her tongue began to tingle and burn. At first, she thought that maybe her coffee had been too hot when she sipped it, but she knew that scalding sensation all too well – this was something different. Then, the hot numbness started to travel down her throat.

Canadian Sara Douglas lives in Lethbridge, Alberta. She had just started the first leg of the school run, and was on her way back from dropping her son at a baseball tournament. She was exhausted. Being heavily pregnant was really taking its toll on her today. So when she saw the golden arches in the distance, she decided to get a little pick-me-up.

Sara always tried to be extremely mindful about what she ate during her pregnancy. She avoided all shellfish, soft cheeses, sushi, and alcohol to ensure she didn’t cause any harm to her unborn baby. She was sure to eat balanced and healthy meals and rarely ate fast food. Her doctor recommended limiting her coffee intake to just one cup per day, so she did. Naturally, she was angry when she found out that there was something toxic lurking inside it.

She pulled up to the drive-thru window and placed her order. What she needed was a coffee to help her get through the day. She didn’t normally stop at McDonald’s, but today was an exception. The server at the window carefully placed the lid on the paper cup and handed it to her, not realizing what a mistake he had just made.

The latte was piping hot, and Sara was careful to let it cool before she took a sip. She remembered the infamous lawsuit filed by Stella Liebeck against McDonalds years earlier and decided not to take any chances. Stella had ordered a coffee from McDonalds, much as Sara had, but had spilled the hot coffee in her lap as she drove away.

Stella then sued McDonalds for not having a warning label on their coffee cups, and she won. It was considered by many to be the most frivolous lawsuit in American history. But a hot latte was about to be the least of Sara’s worries. Although she didn’t know it yet, there was something very wrong with her latte.

When her latte had cooled enough for her to drink, she took a sip. She was barrelling down the highway now, and was concentrating intently on the road. But what she should have been concentrating on was the peculiar taste in her cup of coffee. She swirled the warm liquid around in her mouth and started to notice something odd.

Her mouth started to prickle, and then burn. Then, her tongue started to feel numb. But what was wrong with the coffee? At first, Sara wondered if the pot had been left out overnight and had turned bitter, but that didn’t explain the unsettling sensations she was feeling. Then, she started to feel ill.

Sara quickly flicked on her hazard lights and pulled over. Was this some kind of allergic reaction? After a few minutes, the burning and tingling in her mouth only intensified. She scrabbled to reach a bottle of water on the passenger’s seat and squeezed it into her mouth. Her tongue and throat felt like they were on fire!

Sara swished the cool water around and rinsed her mouth out. Then, she opened the lid of the coffee and took a deep sniff. Her eyes started to water almost immediately, and she noticed that there was a strange smell. What had the McDonalds employees put in her coffee? And was it dangerous?

Sara was 32 weeks pregnant but she wasn’t tired anymore – now she was fuming. She turned around and drove back toward the fast food chain. Had they done it on purpose? She was really going to give them a piece of her mind. But, more importantly, she needed to know exactly what had been in her coffee.

Sara arrived, offending coffee in hand, and demanded to speak with the manager. The cashier at the front counter knew by her stance that she meant business. The supervisor arrived from the back and explained that the manager was off-duty, but when he saw her face he knew that something serious had happened. Sara had a face like thunder.

Sara pulled the lid off the coffee and thrust it into the clueless supervisor’s face for him to smell, and there was no denying that there was something inside that wasn’t supposed to be there. He stammered that they would gladly replace it for her at no extra charge, but his training hadn’t prepared him for a situation like this.

Sara felt a bit insulted that she had been fobbed off so quickly, and that they thought that a replacement coffee would make it right. She didn’t want another coffee, and her mouth was still tingling from the mysterious substance. What she wanted were answers. She opened her mouth to unleash her fury, but just then another employee piped up.

The employee had an idea of just what could have caused the bad reaction that Sara had when she’d sipped her latte, and it turned out to be far more dangerous than she could have imagined. He had noticed that there was something hooked up to the coffee machine and told Sara as much, and the supervisor’s face grew pale.

The supervisor followed the employee to inspect the coffee machine. To his dismay, he saw that the cleaning fluid lines that were installed during the machine’s daily cleaning were indeed still attached to the coffee machine. After the machine is flushed, the hose is then reattached to the milk-supply. But instead of milk, Sara’s latte contained a dangerous cocktail of cleaning chemicals.

When the supervisor returned to explain to Sara what had happened, she was appalled. She asked to see the bottle of cleaning fluid immediately, and the supervisor obliged. The bottle contained multiple warnings on its label, including “keep out of reach of children.” She pulled out her phone and dialled the number of the poison control center on the label.

The poison control center informed Sara that the cleaning fluid was acid-based and highly dangerous, and she was told to watch out for any symptoms of poisoning. Luckily, all she had was the burning sensation in her mouth. Even though the burning and tingling in her mouth didn’t subside for the next 45 minutes, she didn’t require a trip to the hospital.

On closer inspection of the coffee cup, Sara said that “you could tell that it had kind of been eaten away at the seam.” Thankfully, Sara didn’t experience any lasting effects from the contaminated coffee, but said: “It took a couple of days for the smell and the taste to even leave my mind.”

Shortly after the troubling incident, Sara received an apology from the owner of the franchise, Dan Brown, who issued a statement: “McDonald’s is renowned for its food safety protocols and I am sorry that this happened in my restaurant here in Lethbridge. We have taken immediate action to review the proper cleaning procedures with the team and have put additional signage up as an added reminder.”