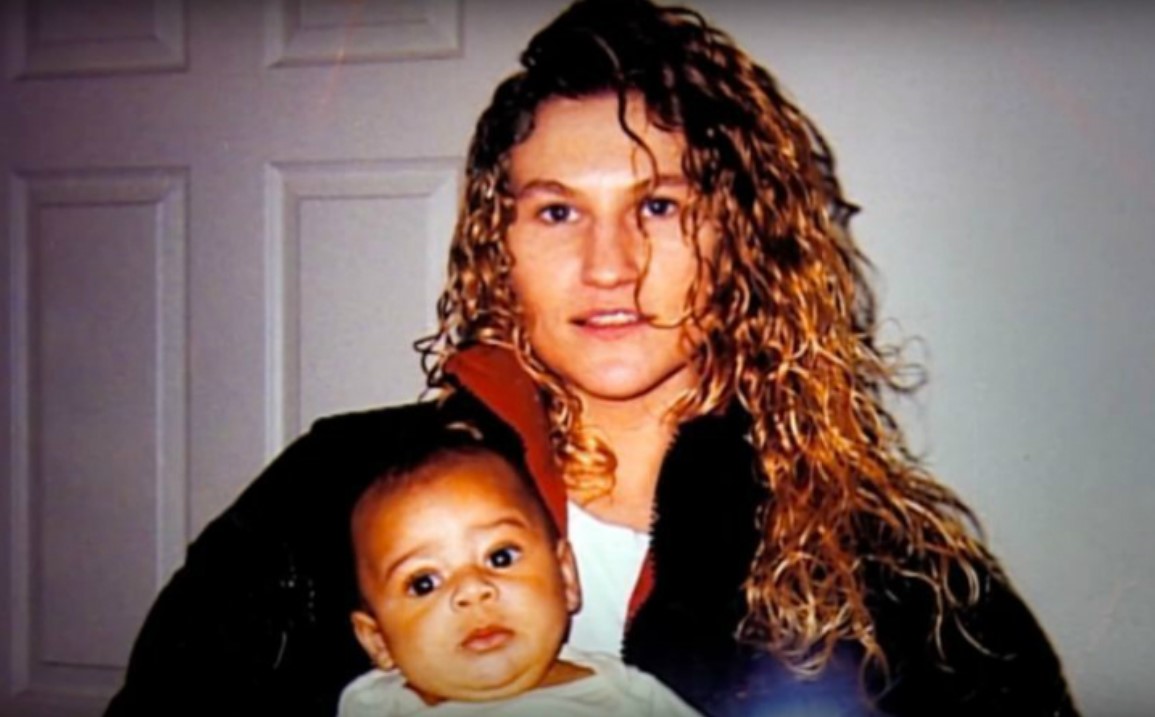 A Turn For The Worse

Just when it felt like nothing could possibly get worse her world was plunged into even greater chaos. Heavily pregnant and without a job to support herself, she turned to the only place she could, Social Welfare, and soon the police were onto her. The personal nightmare and accusations plagued her from the moment she woke to the second she was able to fall asleep — if she slept at all.

Lydia had a pretty rocky start to motherhood. She discovered she was pregnant with her first child at 21, however, she and the father had split up before either of them knew of the little life that they had created growing inside her. Even though the couple had gone separate ways they had a second baby almost a year later — and life became fraught with unthinkable difficulties.

In the constant on again off again rhythm of Lydia and Jamie’s relationship, she once again found herself alone and now she also had two small mouths to feed and support, not just herself. Without a job or any way to support her small family, she needed help and she just couldn’t cope with the baby’s needs. Lydia made the difficult decision. She had no other choice.

Lydia applied for welfare benefits when she realized she was in over her head. She would need to get DNA tests to prove that Jamie was the father as was the required by the state prosecutor’s office. As a matter of course, Lydia was also DNA tested. She went home and waited for much needed financial relief from the state, but that was far from what she would get.

A few months later, after the process was near completion, Lydia got a call from the prosecutor’s office “He called me and I said ‘Well, can’t you give me the results over the phone? He goes: ‘You really need to come up to the office.’ So that’s when I went up to the office, I went into the back room and it was just him and a lady. They sat there and just stared at me now.” Finally, she got an answer, and it was exactly the answer she expected: “He goes ‘Well, he’s 99% the father.” For Jamie this was just a formality, she already knew that Jamie was the father, however, they kept talking and nothing they said made any sense at all.

What he was about to say would shake Lydia’s world to the very core. The prosecutor looked her right in the eyes and said: “There is absolutely no way that you are the mother.” At first, she was confused and then she let out a laugh. This must be a joke, right? Yet as she looked back at him she could see that he was deadly serious. What exactly was going on?

The only thing Lydia could think was that somehow the test results had been messed up, however, the prosecutor was taking matters extremely seriously, and there was a valid reason for his concern. Nonetheless, Lydia was stunned. She couldn’t believe what the DNA results said, “They were serious! I could just see the seriousness in their faces. I mean they’re just staring me down!” And then the interrogation started, right there in that little back room. Without warning and without mercy.

The questions were endless and accusatory; “Are you Lydia Fairchild? Who are you really? Where did you get these kids from? Did your sister have these children and you are using them to commit welfare fraud?” And there it was, the explanation for everything that was happening to her. They thought she had just been caught committing fraud and they were relentless, “They just kept on drilling me.” Lydia remembers vividly.

Lydia’s test results were odd, to say the least. A normal DNA test proving the link between mother and child would show a 50% match when comparing the DNA patterns. The state prosecutor knew there was a 1 in a billion chance that Lydia was the birth mother of both of the children. Her pattern had zero matches with either of her children. She demanded a retest.

But No Error Either

There was no lab error. The family was tested three separate times and each time the tests came back it clearly showed that Lydia was not the boys’ mother and Jamie was the father of both. In complete hysterics, Lydia called the only person she could, her mother. “Lydia called me up and she was hysterically crying. When she said that she got the test back and it said that she wasn’t the mother I just started laughing. I couldn’t understand why she was crying and I said that is so stupid that they’ve got to do it again she said ‘mom they’ve done it three times and it’s not working.’”

The future of Lydia’s family would not have gone further than this, she would have been imprisoned if not for one woman half a thousand miles away named Karen Keegan. Karen discovered an extremely rare genetic disorder when she was diagnosed with an illness that required her to receive a new kidney. Obviously, the first people that were tested were her three children, already grown up, and her biological sons. None of her sons matched her DNA.

Karen would become the only beacon of hope in Lydia’s world, and she didn’t even know that she existed. Karen was working closely with a team of scientific investigators and she was extremely interested in the research for numerous reasons: “From my point of view it had an awful lot to do with the way the justice system is moving in our country and the fact that DNA is becoming such an important part of the legal aspects.” despite her willingness to be a guinea pig, no one knew exactly what to research until a remark pointed them in the right direction.

The lead that set them on the right course came in the form of a comment from a colleague tucked away in a letter. It noted that it was very rare and that only 40 known cases were said to have been known worldwide. But perhaps it was the answer they were looking for. Was there a possibility that Karen was a chimera?

Chimerism is an extremely rare condition where people have not just one but two DNA profiles, and it was clearly stated that this is a very rare event and to have someone look externally normal and able to have children made it a very rare consideration. And it was an even lower likelihood that they picked up on it and decided to embark on additional testing to establish whether or not Karen was a chimera. Could Karen Keegan really be a chimera if she had a second set of DNA? It could explain everything.

Inside the bodies of chimeras, there are not one, but two completely different genetic identities created from separate sets of DNA. Literally two different people in one body. It sounded impossible, and most of the studied cases reported physical abnormalities, such as completely different skin pigmentations in very unusual, straight lines. Karen didn’t have any and neither did Lydia.

The Law Was Coming

Lydia was facing the full brunt of the law, being summoned to court to prove her relation to her two young children when she found that she was pregnant, and again Jamie was the father. It was too much to bear, and she felt alone and had no idea what to do. No one would believe her. She called every lawyer she could, but not one of them would take her case. They all told her the same thing. ‘DNA is foolproof. There is no way to win your case.’ It was her vs The State.

The trial went badly for Lydia. The judge agreed that based on the existing evidence, Lydia was not the biological mother. The prosecutors wanted separate guardians to be appointed for each child while the investigations continued. Jamie was standing beside the mother of his children the entire time, also completely baffled, “I knew they’d be taken away because they said that they were already setting up guardian parents to do just that. I just didn’t understand, it’s not like the kids were in danger and you know she’s a good mom. I just felt like that we’re just one old scam.”

The judge was torn. On one hand, the DNA evidence didn’t lie he had no choice but to side with it, but Lydia’s emotions and determination to keep her children was extremely unusual for a person who was ‘trying to work the system’ for benefits. He ordered a very strange action to be done. Using the imminent birth of her 3rd baby as a simple experiment, he did something unprecedented. “He ordered that somebody be there to witness the birth and to take blood from baby and me right then and there.’ He said, “We’ll go from there.”

When Lydia went into labor everyone was focused on the birth. It was an appallingly difficult time in her life, but she gave birth to a healthy baby. Blood was immediately taken from them both and she now waited in agony for the two weeks to pass to get the results. “I’ll always remember day by day what I went through for those two years. It will never leave me! It’s like a nightmare.”

“After giving birth you bring your newborn home you are just happy. I went home still scared because it was still going on. Still scared that they can come any minute and take my kids.” And Jamie had fears that he shared too, “I wondered what the courts would do if he was hers, then [the courts would assume] we were lying about the whole thing, so it was kind of like, ‘okay let’s hope these tests come back negative’. That was our only hope.”

The results, when they came back, were mind-boggling. Just as Lydia had been trying to make them believe, there was no matching DNA between the new baby and mom. Just when she thought she had proved her innocence and verity she was blindsided by an even more serious accusation. Lydia finally got a lawyer that would take on her case and it’s a fortunate thing she did. There were heinous ideas going through the prosecutor’s mind; from being a surrogate mother, being involved in criminal behavior, to even her having abducted the children from someone. Real scientific evidence was just too hard to believe in this case.

A chimera is essentially a single organism that’s made up of cells from two or more “individuals”—that is, it contains two sets of DNA, with the code to make two separate organisms. One way that chimeras can happen naturally in humans is that a fetus can absorb its twin. This can occur with fraternal twins if one embryo dies very early in pregnancy, and some of its cells are “absorbed” by the other twin. The remaining fetus will have two sets of cells, its own original set, plus the one from its twin.

Amazingly, Karen was finally declared a chimera during this time and it opened the door for testing to be carried out on Lydia. Everything she had gone through finally had a scientific name to explain it. The judge, after a multitude of new tests, has proclaimed that Lydia is the mother of all three of her children, just like she’d been saying all along.