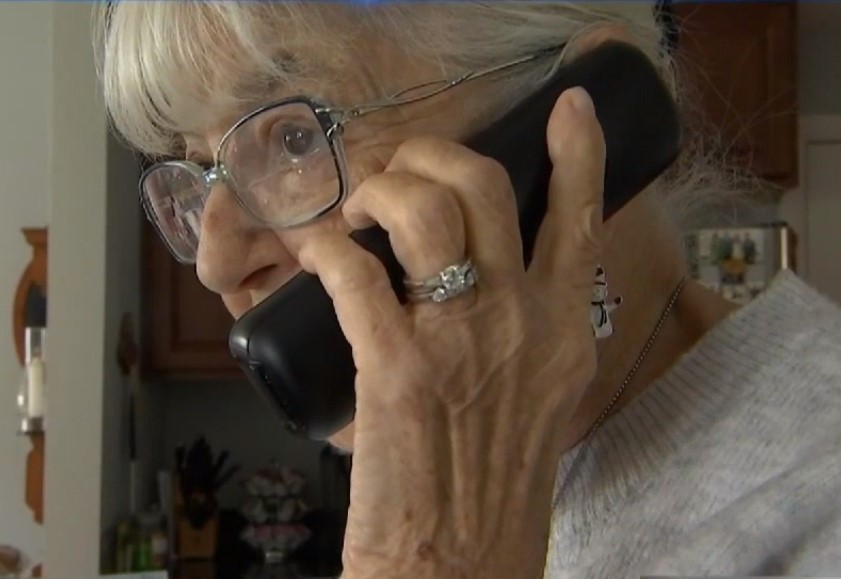 When a grandmother in Massachusetts picked up the phone, the voice of her teenage grandson came down the line. He spoke as though he was scared of something and when he told her where he had slept the night before she went cold with fear. She had to do something. She heard ‘car accident’ and ‘police’ and then she was out the door.

Her flesh and blood needed her help and granny was often the first port of call when he was too afraid of his parents finding out the amount of serious trouble he’d managed to get himself into. He’d spent last night in a cold jail cell after writing off his car. There was alcohol and many bad decisions that had led Fran’s grandson to this point.

He had begged her not to tell a soul, besides the humiliation he felt about the situation his parents would ground him for life. He clearly hadn’t even begun to figure out what story he would make up about his smashed up car. Fran knew she needed to get him out of jail immediately, and of course, she wouldn’t tell a soul.

Mark passed the phone to his public defender who began to walk Fran through the steps she would need to take to get Mark out of jail. The 83-year-old Lexington woman carefully wrote down the instructions she received from the lawman. The first one was to get a cab, so she dialed the number, her hands shaking.

The cab pulled up to her home and she stepped in. In her rush to complete all the things she needed to do, she found herself spilling her heart out to the taxi driver. She just couldn’t bear to contain all the emotions inside her anymore. “My grandson has had an accident,” she blurted out. “He called me, and he needs to get out of this jam.” It’s a lucky thing she did too because the story raised more questions than answers.

The cabbie asked her exactly what her grandson had asked for and she read from the list she had written down earlier. Fran had thought she was done, she had already completed the set of requirements earlier that very day, this was her second time out. The grandson had asked her to go to a Home Depot store to buy $4,000 worth of gift cards.

The caller told the woman how to call a cab, go to the store, purchase gift cards and call back with the gift card pin numbers. “It was very convincing,” Shea recalled. “All I want to do is get him out of jail. If they found out at school, he’d be off the hockey team. Everything would be ruined.” Fran was on her way to Walmart this time, but the cab driver took her somewhere else instead.

He Saw What Was Happening

Spencer, the man driving the cab at that time had heard about this lady before, this morning in fact. Her story matched up to the story he’d heard from his friend, and strangely that friend had been the driver who took her on the first trip to get gift cards. She’d already spent a fortune on Home Depot gift cards and now she was going to do the same at Walmart. Spencer knew what he had to do.

That’s Not Your Grandson

“Excuse me, ma’am, but that is not your grandson,” he told the grandmother, but Fran just looked at him. How could he possibly know? But Spencer continued speaking “It’s someone posing.” He took it upon himself to get her to the only place she needed to go – The Quincy Police Station.

Fran had been duped. At the police station, the officers confirmed that it wasn’t her grandson that had called her at all but instead a fraudster had claimed to be Mark. It is a common scam aimed directly at grandparents. It is a simple ploy that pulls on the : “The ‘relative’ of the grandparent explains he is in trouble and needs their grandparent to wire funds. They would then claim that the funds will be used for bail money, lawyer’s fees, hospital bills or another fabricated expense.”

Fran could hardly believe her ears when she found out the truth and it was a mix of conflicting emotions. She was thrilled that Mark was okay but she was pretty upset at having the wool pulled over her eyes, not to even mention the money that she’d lost. She wanted to make other seniors aware of the dangers directed right at them and in doing so, Spencer became a hero.

The cabbie’s actions now mean more seniors will get information about how to protect themselves. After the story went viral, Quincy Yellow Cab driver Richard Spencer was the guest of honor at the Kennedy Senior Center in Quincy. The aim of the day that was quickly dubbed ‘Richards Day’ was to raise awareness, however, it did more than that.

Massachusetts credit unions have started a program called Senior Safeguards to fight back against scams aimed at the elderly. And it’s sorely needed “Over a series of calls, they kept needing more money,” said Clara, a woman who just happened to be in the audience today. She was the victim of a similar scam years ago. Her loss? “Thirty thousand dollars, but I just had to come to grips with that because it’s gone,” she said.

The program aims at making the elderly aware, firstly, that there is this situation out there. Once the word is out they offer clear, rational advice to keep yourself safe. The reason that a seemingly simple scheme works and is so effective is because it preys on emotions. Grandparents love their grandkids, and they will do anything to help, so the program recommends slowing everything down.

Others Can Help Too

Spencer didn’t only appeal to the elderly, but to cashiers too, “Cashiers, etc: If you work in an environment that sells gift cards, take a moment to ask yourself: Does this make sense? Why would an 87-year-old individual need $4,000 in gift cards to this particular store/app? Ask questions. Sure, there may be a legitimate reason, but if you take the time and ask the questions, you just might prevent someone from falling victim.” Which has already begun to work such as in the case of a FedEx cashier doing just that!

She explained the story about a grandmother who’d lost thousands of dollars to a scam after believing she needed to help her grandchild. “That’s when it clicked in my head,” The granny admitted. “I realized it was a scam. Thank goodness she started asking questions.” The word is slowly getting out there thanks to people who are taking a stand.

FedEx was quite pleased with the ethics of their staff, “We’re thankful our team member was able to help our customer avoid this situation,” the company said in a statement. The “grandparent scam” has been around for a number of years, but it has grown more refined in recent years. This is mostly because so many personal details can be discovered for all to see on social media.

A Nugget Of Truth

“There is usually some nugget of truth to what people are saying to you,” said Middlesex District Attorney Marian Ryan. “We are seeing a lot of these cases with some substantial sums of money.” According to the Federal Trade Commission, victim losses from these family impostor scams have resulted in more than $41 million this year. That’s a large increase from $26 million the previous year.