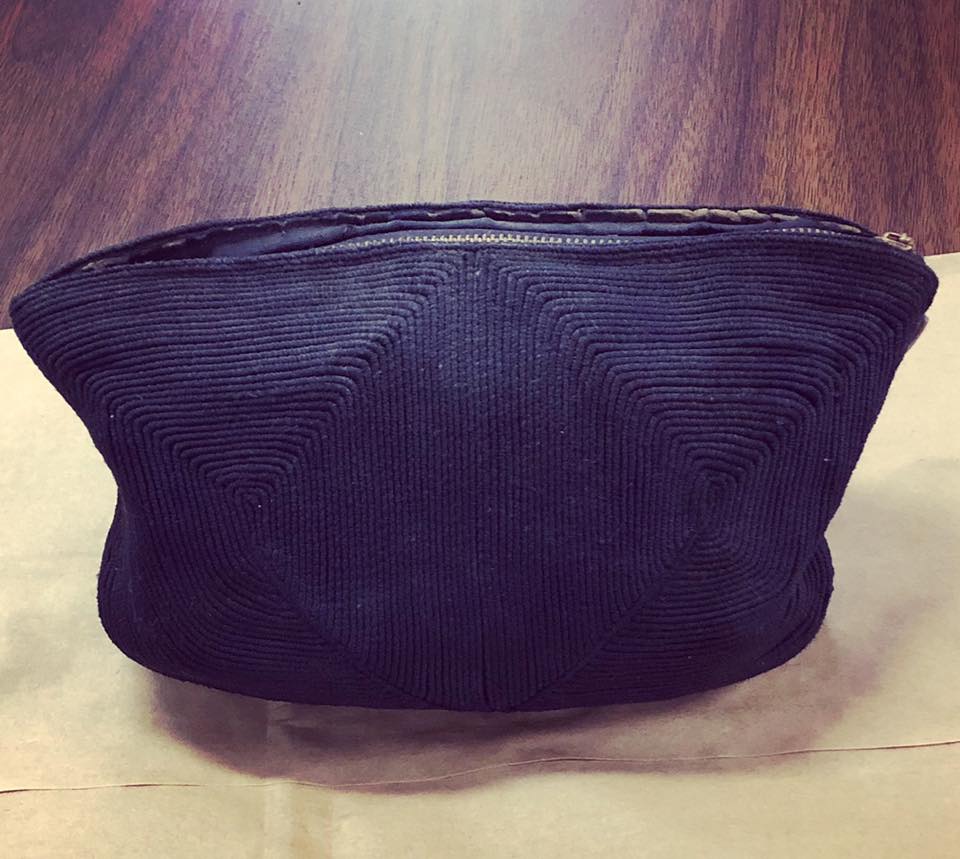 They began to demolish the building, tearing down walls and floorboards until they reached the far wall that was lined with old wooden cabinets. As they broke through them one by one, they saw something that didn’t belong. It was small and made from black fabric, wedged behind. They lifted another board, and then another until one of them could reach inside to pull the mysterious object out. It was an old purse! When they looked inside, everybody was floored.

Workers were well into the demolition of Jeffersonville High School in Indiana when they stumbled upon the incredible find. The building had been there for decades, and now it was time for a complete remodel to make way for a new elementary school. The workers went about their day as usual, but nobody ever expected to find a mystery that day.

Amid the rubble and rotting wood behind the old built-in cabinets was a time capsule. The old clutch purse they pulled out was in amazing condition. It was an ordinary-looking purse, but when they opened it up and looked inside, they realized that the purse’s contents were far from ordinary.

The room the workers were demolishing had been an old science classroom. Hundreds of high school children had learned about life, love, and the Periodic Table of Elements within its four crumbling walls. And the owner of the purse was one of them. But who did it belong to? They started to rifle through the purse’s contents, and they didn’t disappoint.

Kevin Moran and Mike Hobbs recalled later: “We didn’t know if somebody had stolen it and gotten rid of it; there’s no telling what the back story is,” he said. “We couldn’t figure out how it even got back there, unless it slipped in behind the lockers or something. You could tell it had been there a long time, that’s for sure.”

Inside the purse was an old pin, carefully kept in its cotton-lined box. Then, they found a well-loved lipstick in a striking shade of coral. Whoever the purse belonged to was definitely a young lady, they concluded. But the most tantalizing find was still to come.

They found an old bus schedule for Charlestown, and a first-place ribbon for the mile relay, but it was the date on the bottom of the ribbon that made the workers take a double-take. That was when they truly realized that what they held in their hands was none other than a precious glimpse into a high school girl’s world, so long ago.

The date on the ribbon read 1954, and the workers were astounded to realize that the purse was over 60 years old! Most surprisingly, all its contents were perfectly preserved and intact. They kept pulling item after item out of the clutch purse, and their astonishment only grew and grew.

There were old and faded photographs, a basketball schedule for the 1953-1954 school year, clippings of 1954 newspaper articles, Juicy Fruit wrappers, and a wallet with a Social Security card and ID. The mystery owner’s name finally came to light: Martha Ina Ingham. But it was the letters inside the purse that stirred the most attention.

One heartfelt letter read: ‘Dear Marty, I’ve heard that Paul has asked you to go to the prom with him — if he hasn’t I would like very much to take you. P.S. If you have already consented to go with Paul, please forget that I have asked. If he has asked, but you haven’t consented yet, please consider my invitation. Love, “Torchy”‘. There was also a second letter.

The second letter was from a boy named “Carter”, where he explains: “Bobbie and I aren’t going back together. I’m just continuing to walk her to classes…I am just going to date everybody and be friends with everybody.” It ends with, “I think Paul is an alright guy. But you’ll never catch him, he runs too fast. Ha! Ha!”

Erin Bojorquez, the spokeswoman for Greater Clark County Schools, was alerted to the amazing discovery and its contents. She immediately took to social media to try to locate Martha Ina Ingham, the purse’s owner. Facebook was abuzz with the discovery, but netizens seemed to have one burning question.

Everyone wanted to know who Martha had gone with to prom all those years ago, and more importantly, if she had eventually married one of her suitors! People shared the Facebook post furiously in hopes of getting an answer to the question posed in the 65-year old letter. So, who had Martha decided to go to prom with? Will we ever know?

The evidence was all right there, inside the old purse. There was a photograph of Martha with an unidentified man at her prom. But who was it? Was it Paul, Carter, or “Torchy”? Everyone waited with bated breath to see if she would be found. But 65 years is a long time…she must be in her 80’s by now. Then, one day, something incredible happened.

“Jeffersonville is a small city in Indiana, so I posted the photograph on our social media sites thinking she would still reside locally or have family still in the area. I’m thankful for the power of social media and for everyone that shared our post as it led me to connect with Marty’s son,” Erin Bojorquez said in an interview.

And even more surprising, Martha was found alive and well, living 1,000 miles away in sunny Florida! “I’m thrilled that I was able to locate Marty. I hope this little piece of history brings back fond memories of her years at Jeffersonville High School. The purse was mailed to her yesterday,” Erin explained.

“We hope to answer the community’s question, and now the nation’s question, soon about who took Marty to prom,” she added wryly. Finally, the big question that netizens have been clamboring for the answer to can be answered by Martha herself. She looks through her old purse with tears in her eyes, and a wide smile on her face.

A Life She’d Forgotten About

Marty Ingham, now Marty Everett, reveals all. “It brings back a lot of memories and a lot of people I haven’t heard of in a long time,” Marty told Inside Edition. “What a good time we had in high school…really interesting to me…things about my life that I’d forgotten about.”

When Martha read the letters, she was astounded to find them intact from 65 years earlier. “If you think about it, these boys wrote letters and you would never see that today. They would text you, you know, so that’s such a big difference,” she said. And then she answered the question on everyone’s lips.

Martha revealed that it was Carter she went to her senior prom with, the same boy who had written the letter explaining that he wanted to ‘date everyone’! Finally, the answer everyone had been waiting for. And what an incredible story, could you imagine finding a perfectly preserved time capsule behind an old cabinet?