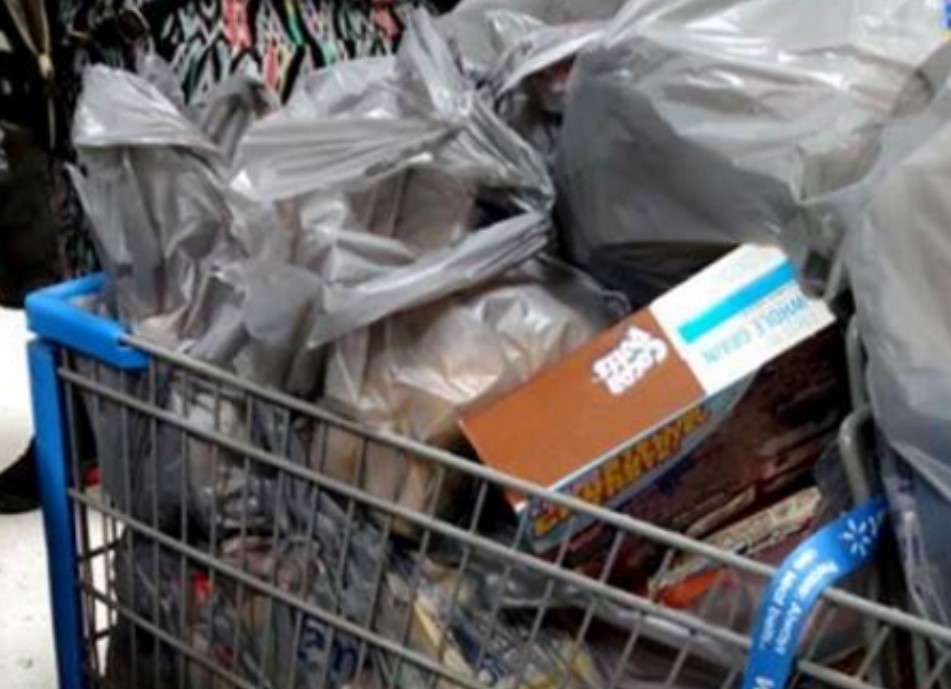 It seemed like an ordinary shopping trip, but he had no idea that he was about to leave supermarket in such a rage. But it wasn’t the long lines at the checkout counter or the human crush in the produce aisle that set him off. It wasn’t the screaming children or the zombified mothers pushing their carts in front of him in a daze. It was another family’s shopping cart, and when he glanced inside he totally lost it.

Doing Everything He Could

Patrick Gibson was a hard-working man who did everything he could to support his small family. When he enlisted in the U.S. Army, he thought that perhaps life would get easier. It certainly wasn’t easy for him to leave his family for months at a time to serve his country, but if there was one thing his parents taught him, it was that nothing was ever given for free.

Patrick considered himself lucky when he met the love of his life, Whitney, and the happy couple tied the knot shortly afterwards. Before he knew it, he was a father of two–a boy and a girl. But the couple fell on hard times, and with only one breadwinner in the family, they had to make do with what they could afford.

A Family To Feed

Patrick often went hungry so that his family could eat, skipping breakfast so that his $70 would stretch as far as it possibly could. $70 doesn’t go very far when you have 4 mouths to feed, and after other household expenses like diapers, car payments, gas, and toiletries, the Gibsons were hardly making ends meet. But that was okay, Patrick thought to himself. He was happy with what he had. They would make it work, somehow…

When Patrick had a little left over from his paycheck one month, he decided to visit the local Walmart to do some grocery shopping. He walked through the aisles, carefully selecting the specials and best buys, doing calculations in is head all the while. Maybe he could buy a little treat for the family today, he thought as he inspected the gorgeously red grapes in the produce section. Little did Patrick know, his smile was about to be wiped away.

Walmart was full that day, so he didn’t want to be there for longer than he had to be. Children wailed as their tired mothers pushed them listlessly, and rude people rode into the back of Patrick’s heels with their shopping carts. It was time to get out of here. He pushed his meager amount of groceries to the checkout line and waited to be served, never this small action to completely ruin his day.

As the line of shuffling shoppers moved slowly forward, Patrick noticed wistfully that the two carts ahead of him were piled high. He spotted fresh steaks, butter, bacon, cheese, shrimp, lobster–every luxury item he could imagine was stacked to overflowing in the two carts. “Must be nice,” he mumbled to himself as they started to unload their goodies onto the counter. He never expected his next action to stir the ire of thousands.

With their load of loot packed and ready to go, the number on the screen flashed a staggering total of $800, which wasn’t surprising. Patrick watched the man pull open his wallet, push aside a wad of $100 bills, and fish out his EBT card.

Not Just Any Card

An EBT card, or electronic benefits card for those who don’t know, is an electronic food stamp system that allows state welfare departments to issue benefits via a payment card. And this is what the man was using to pay for all of his luxury items. Patrick had seen enough and angrily pulled out his phone.

Patrick was in a rage, but he bit his tongue and snapped a picture. Maybe he was too quick to judge, he thought, holding back his fury. After all, he couldn’t know what the couple’s situation was. But what he saw next in the Walmart parking lot was about to be the final straw.

The couple was slow to reload their enormous purchase, so Patrick was already done as they started walking out to the parking lot. He powered past them with his 3 bags of shopping as they were lifting their bounty into the trunk of their car. But when he saw what they were driving, he made up his mind to make them famous.

The couple who had bought $800 worth of groceries were loading their loot into a brand-new Hyundai Genesis, a car which, according to Patrick, sells from between $15,000 to $20,000 more than his own family’s car. But how was this even possible? Patrick’s blood was boiling as he took to social media to vent his outrage.

He began his rant on Facebook with: “Sorry but I had to vent. The picture you see on the left is the amount of groceries including diapers that I was able to afford this pay period for my family. (wife, son, daughter,my self) which was paid in cash since I actually work hard for a living. The picture on the right is of the purchase in front of me in line.”

“If you can’t tell in the picture there are 2 full buggies of groceries including such items like steak and some other very nice choices of food. Here’s the kicker. This purchase was made in food stamps,” Patrick continued, “Which I wouldn’t have a problem with if I didn’t see the person move their big fold of cash out of the way to get to the ebt card and then load them into the back of a brand new Hyundai Genesis.”

“That is about 15k-20k more than my car. I just thought I would take the time to tell this person/family that you are very welcome from all of us hard working/ struggling to buy food Americans that have to foot the bill for your fancy steak feast while I skip breakfast and lunch every day that way my wife and children have food to eat every day, because $50-$75 dollars doesn’t go very far.” He ended his post with “So you enjoy your $800 free grocery purchase.” Some Facebook commenters were as outraged as he was.

“Food stamps should be to get a family on their feet. It should not be expected and it is NOT meant for people to be on for their entire life. Makes me sick too!! There should be a limit on the types of food they are allowed to buy. Bread, milk, eggs, ground beef. They shouldn’t be allowed to use them to buy things like steaks, shrimp, cokes, etc.” One commenter said, in complete agreement with Patrick. But then, he started to receive backlash.

“Do you really know their back story. Don’t be quick to judge someone ’cause you’re angry. How do you know if that person works and their spouse doesn’t work because of problems? That all the money in their pocket is to pay their bills that the new car was a gift. How do you know that’s not the case?” someone criticized. But Patrick had the perfect reply.

Struggling To Get By

“Well the odds of that being the case in this situation much like many other situations with food stamps are almost as likely as me being approved for some government assistance because we are struggling…..oh wait I forgot. We already got denied so I’m pretty sure the chick isn’t dying and no one gave her a free damn car. I am sure that hard-working people such as myself are giving her a free life though.”

Patrick was a proud man and wouldn’t have asked the state for assistance unless he sincerely needed it, but he and his family were denied. It just boggles the mind to think that there are many people approved for food stamps who don’t really need them, as was clearly the case with the couple with the two carts of luxury items. But was Patrick too quick to judge?

Unsurprisingly, Patrick’s post has garnered a great deal of attention, with over 100,000 shares on Facebook, with arguments both for and against his point of view. One man raises an interesting point about Patrick’s concerns on his own Facebook post, saying that he doesn’t know all the facts.

“My point is, a picture paints a thousand words and your version is highly bias. No one needs to thank you or anyone else for working for their grocery bill when the fact is that a majority of families participating in the program are working families struggling to make ends meet just as you are.” He wrote. The issue of who qualifies for government assistance and who doesn’t is a hot button topic. What do you think?