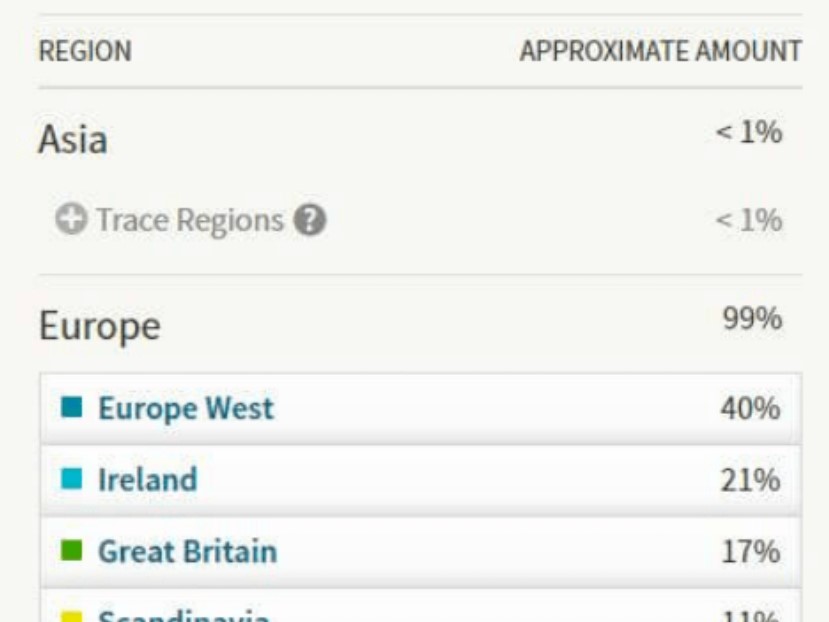 His mother looked at him in terror as her children opened their gifts one by one and all pulled out the same gift. No one knew her secret that she had kept for so many long years. She had prayed that no one would ever know the details of her past. Now everything was falling apart and she had to stop it. One way or another.

Most people have heard about the cute little test you can easily take in the privacy of your own home called the home DNA test. The little box is easily available at most drug stores and people are fascinated by their unknown history being brought to life. Some people even wonder if the DIY kit can tell you more about yourself based on people long past who make up your genetic code.

There have been some interesting things that have been uncovered as a result of these DNA kits, but none so strange as the story of one man who gifted his entire family with DIY DNA kits on Christmas Eve. “Earlier this year, AncestryDNA had a sale on their kit. I thought it would be a great gift idea so I bought 6 of them for Christmas presents.” he wrote. He had no idea the panic it would cause within his family.

“Today my family got together to exchange presents for our Christmas Eve tradition, and I gave my mom, dad, brother, and 2 sisters each a kit.” He continued, but upon opening the gifts James got some reactions he wasn’t expecting. His mother, after opening her DNA kit box dropped the gift as if it had burnt her and looked around the table, pure fear in her eyes.

Any And All Reasons

Thinking of any reason for her kids not to take the test she began to find a reason, any reason, that could stop the events already put in motion. “You shouldn’t take this test!” the words poured out her mouth in a rush, “The chemicals in them are extremely dangerous!” But the excuse fell on deaf ears as the family explained that actually there were no chemicals in the tests at all. She scrambled for something more.

Everyone could she see was flustered but they had no reason to question their mother as to why she was acting so peculiarly. She tried again a few minutes later, “Only one of you kids need to take it since we will all have the same results. You should resell the extra kits to save money.” Perhaps her plan had worked she thought as everyone continued with the evening, but when the conversation about the tests came around again she couldn’t take it and stormed off upstairs, followed quickly by her husband.

James decided to post the happenings of the evening on a popular social site saying, “Fast forward: Our parents have been fighting upstairs for the past hour, and we are downstairs trying to figure out who has a different dad.” But it wasn’t as cut and dried as that, and nobody had taken the test yet anyway.

“Update: Thank you so much for all the love and support. My sisters, brother and I have not yet decided yet if we are going to take the test. No matter what the results are, we will still love each other, and our parents no matter what.” He posted a few hours later, clearly worried about the trouble he had caused and truly hoping for the best.

Everyone waited around the table in awkward silence until finally mom and dad came downstairs. Both parents were much calmer now and seemed to have made a decision, clearly, there was something going on that the kids had never been aware of and for it to be coming out now on Christmas eve made James more than a little nervous.

What Was The Problem?

What could have caused his parents to fight like that, and an hour later be a team again? they were ready to face the family and give some information that clearly was about to change the very way that the family interacted, and even how they saw themselves. Surely if there was something as big as infidelity on someone’s side they wouldn’t be so happy or close right now?

Mom sat everyone down and softly confessed to having a secret. She held her husband’s hand and he gave her a nod as she continued to explain exactly how the family had been formed all those years ago. Their father was the father of the boys but in a strange twist he was not the father of the girls, and he had known all along.

James recounts the evening events in a witty paragraph: ‘Update 2: CHRISTMAS ISN’T RUINED! My mistake actually turned into a Christmas miracle. Turns out my sister’s father passed away shortly after she was born. A good friend of my moms was able to help her through the darkest time in her life, and they went on to fall in love and create the rest of our family.’

So why had mom not told the children about their parentage if her husband had been with her every step of the way and already knew that he didn’t father the first two children? Was it a secret that once begun she didn’t know how to end it? No time seemed right and then it was too late and each passing day and year made the lie seem bigger and more impossible to tell? Probably exactly that. James continued…

A Hard Truth To Tell

‘They never told us because of how hard it was for my mom. Last night she was strong enough to share stories and photos with us for the first time, and it truly brought us even closer together as a family. This is a Christmas we will never forget. And yes, we are all excited to get our test results. Merry Christmas everyone!’

So it turns out that there was nothing nefarious going on, she’s been involved in no secrets or scandalous affairs. Just a history too painful to talk about until this Christmas gift forced her hand. She must have thought that it made no difference if the kids were led to believe they were full siblings since they all had the same upbringing with the same parents caring for them, but others were not so lucky.

Another man named George Doe commented about when he gave his parents a 23andMe DNA kit, also as a gift. He only intended to discover the health history of the family, but what he found was extreme. A line at the bottom of the page read: “check this box if you want to see close family members in this search program”. He did check it and found that he shared 22% of his genome with someone else in the database: a man named Thomas.

Not A Happy Ending

When he asked his father if he knew any ‘Thomas’ his father said no. But George went to check and discovered that in his fathers “close family member” box, Thomas popped up, with a 50% genome match- meaning that George’s father was also Thomas’s father. But not all DNA kits end up with sad stories and cheating spouses.

Another case sees Chassity who, at 31 years old had no idea who her father is. It was because of how little knowledge she had about her ancestry that she decided to to take a DNA test in the first place. When she got her results she was surprised to see a lot of European heritage which was coming from her x chromosomes. She pressed her mother for more information about her true heritage.

Her mother is African American and she would always say that Chassity’s father was ‘deeply dark-skinned’, but Chassity would find out that wasn’t quite the truth. She argued with her mother until she gave in and told Chassity a name she had never heard before. Her entire identity was based on a lie her ethnic heritage, who her father was, and even the last name she had been using for 31 years.

I’ve Been Looking For You!

With the name, Chassity tracked her father down on Facebook and messaged him. “I didn’t know if he even knew about me or would even accept I could possibly be his child,” she recalls with apprehension, but the message she got back was better than she could have imagined, “Wow I been looking for you forever.” Chassity’s story is among countless good ones as well as ones not quite thought through. Make sure you want to know about your past before you go digging seems to be the moral of the story.
Must Read
A New Supercomputer Simulation Animates An Incredibly Accurate Look At Universal Evolution
Genome Studies Manage To Find A New Branch Of Fungal Evolution
European Space Agency Budget Increases By 10 Billion For The Next 3 Years