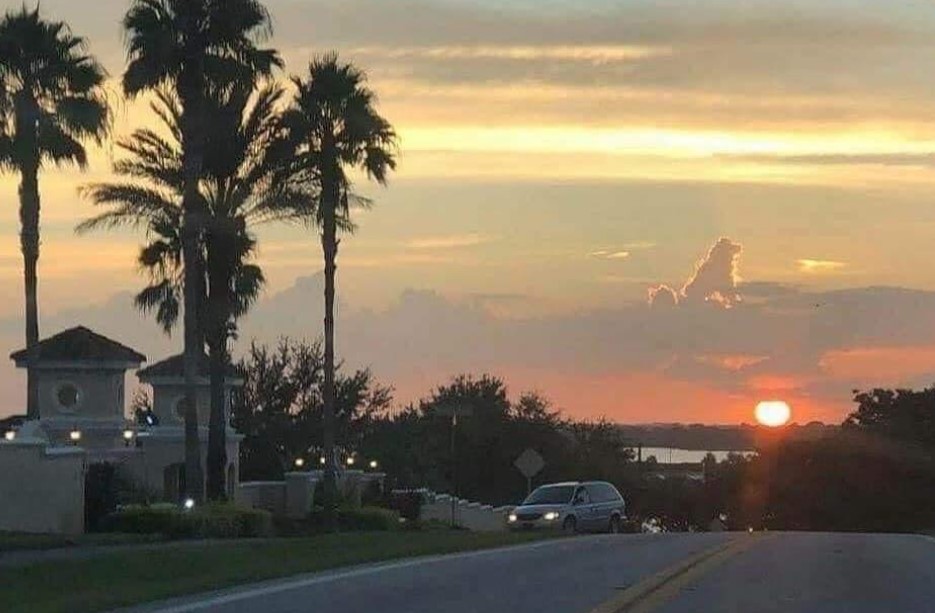 She couldn’t believe her eyes when the package arrived. It was wrapped in gold paper and addressed to her 4-year-old daughter. But where had it come from? Who would send her little girl a package? There was a letter attached. She opened it up, but when she started to read the color drained from her face. It was about Abbey.

Abbey had been getting on in years. Her muzzle was greying, and she had lost the spring in her step. Joy knew that the day would come soon. Every morning that Abbey stiffly got up to greet her, tail wagging feebly, was a day she was thankful for. “14 years is old for a dog,” she gently explained to her daughter Meredith. They had to be prepared for what was coming.

Preparing For The Worst

Joy Scrivener lived in San Antonio, Texas, with her three children and her husband, Greg. Being a mother to three children was a full-time job, but she worried most about her little girl, Meredith, or Mer for short. Meredith loved Abbey dearly, and when that inevitable day arrived no amount of preparation could give Joy the words to console her young daughter’s broken heart.

Abbey had been around for Meredith’s entire life. When Joy had brought her home from the hospital as a newborn, she was the one who had waited for them on the porch. On Meredith’s first day of daycare, she had been there to send her off with doggy kisses. When she arrived back home, she had been there to greet her. Meredith couldn’t imagine life without her best friend by her side.

That morning in 2006 had started like any other, with Greg going downstairs to make a cup of coffee and prepare for the day. Only something was missing. Greg didn’t realize exactly what it was until he noticed that Abbey hadn’t come to greet him like she usually did. He walked over to her bed and found that she had passed peacefully in her sleep. He took a moment to grieve for the family dog before he made his way back upstairs to tell Joy the bad news.

When Joy sat her children down, her own heart felt like it would break. How was she going to do this? Abbey had been a part of their lives for 14 years…she remembered the day she had brought her home as a puppy. She had always been there. And now, she was gone. Meredith was the most shattered by the news.

Joy explained to Meredith that Abbey was with God in Heaven now, and that she had crossed the Rainbow Bridge. She told Meredith that Abbey was running through the rolling green hills with all her doggy friends right now, and one day she would see her again. Meredith cried and cried, and Joy’s heart broke a little more with every tear that ran down her little girl’s cheeks.

The next morning Meredith was feeling a little better, but she still missed her beloved pet terribly. “But how will God recognize Abbey, mommy?” she asked sadly. And that’s when Joy had an idea. She got a pen and a piece of paper and said cheerfully “Well, let’s write him a letter.” Meredith dictated the words to her and she wrote them all down, and the letter became an internet legend.

“Dear God,” the letter began. “Will you please take special care of our dog, Abbey? She died yesterday and is heaven. We miss her very much. We are happy that you let us have her as our dog even though she got sick,” Meredith dictated to Joy, “I hope that you will play with her. She likes to play with balls and swim before she got sick.” Joy wiped a tear away as her 4-year-old continued.

“I am sending some pictures of her so that when you see her in heaven you will know she is our special dog. But I really do miss her. Love, Meredith Claire.” And then Joy helped Meredith pick her two favorite photos of Abbey, and they slipped them into the envelope.

Sending It To Heaven

Meredith licked some stamps (because, she reasoned, the letter needed to get all the way to Heaven) and stuck them carefully on the letter. Joy wrote the Scrivener’s return address on the back and took Meredith to the Brook Hollow post office to mail it. But nobody could ever have expected the reply that came just two weeks later.

Shortly after the letter addressed simply to “God, In Heaven”, was sent, Joy and Meredith’s lives seemed to return to normal. Then, one day, Joy noticed a mysterious package on the front porch. It was beautifully wrapped in gold-colored paper, and the card attached was addressed “To: Mer”. Joy couldn’t believe her eyes.

Joy rushed inside, shouting “Meredith, Meredith! You won’t believe what came for you in the mail!” Joy could hardly believe it herself. Meredith opened the golden package, and inside was a book. It was titled “When a Pet Dies,” written by Mr. Rogers. “Inside the front cover was the letter we had written to God, in its opened envelope (which was marked ‘Return to Sender: Insufficient address’) there was a letter.” Joy recounted. “Dear Mer,” it read.

“I know that you will be happy to know that Abbey arrived safely and soundly in Heaven! Having the pictures you sent to me was such a big help. I recognized Abbey right away,” Joy continued to read the letter in astonishment. “You know, Meredith, she isn’t sick anymore. Her spirit is here with me — just like she stays in your heart — young and running and playing. Abbey loved being your dog, you know.”

“Since we don’t need our bodies in heaven, I don’t have any pockets! — so I can’t keep your beautiful letter. I am sending it to you with the pictures so that you will have this book to keep and remember Abbey. One of my angels is taking care of this for me. I hope the little book helps. Thank you for the beautiful letter. Thank your mother for sending it. What a wonderful mother you have! I picked her especially for you.”

Who Had Sent It?

“I send my blessings every day and remember that I love you very much. By the way, I am in heaven and wherever there is love. Love, God, and the special angel who wrote this after God told her the words.” Joy finished reading the letter and her eyes widened in disbelief. But who had sent it?

An Act Of Kindness

Later, Joy described Meredith’s reaction to receiving the mysterious package. “She wasn’t surprised because she had such faith that her letter was going to get to God,” she said in an interview. But Alex, her then 6-year-old son “thought it was pretty special his sister got a book from the angel.” And just who was the “angel” postal worker who had shown the Scriveners such kindness?

“I kind of like not knowing,” Joy said. “I don’t know who took the time to do it, but it was an angel. We all think about doing these things, but no one takes the time to do it.” Since then, Joy’s account of the magical package has been told thousands of times. And people seem to always have the same reaction throughout the years.

Joy’s story was first circulated in 2006 in an e-mail, and then it evolved to become a post on social media, years later. The story has been circulated so many times that many believe the tale to be an urban legend, but Snopes and The Daily Mail have confirmed the story to be true. Every now and again, the story sees a resurgence.

“As a parent and a pet lover, this is one of the kindest things that I’ve ever experienced. I have no way to know who sent it, but there is some very kind soul working in the dead letter office. Just wanted to share this act of compassion,” Joy added at the end of her story. As for Meredith, she is now 17-years old, and now owns two collies.
Must Read
Genome Studies Manage To Find A New Branch Of Fungal Evolution
European Space Agency Budget Increases By 10 Billion For The Next 3 Years
Artemis 1 Finally Launches: What It Means For Space Travel And Exploration