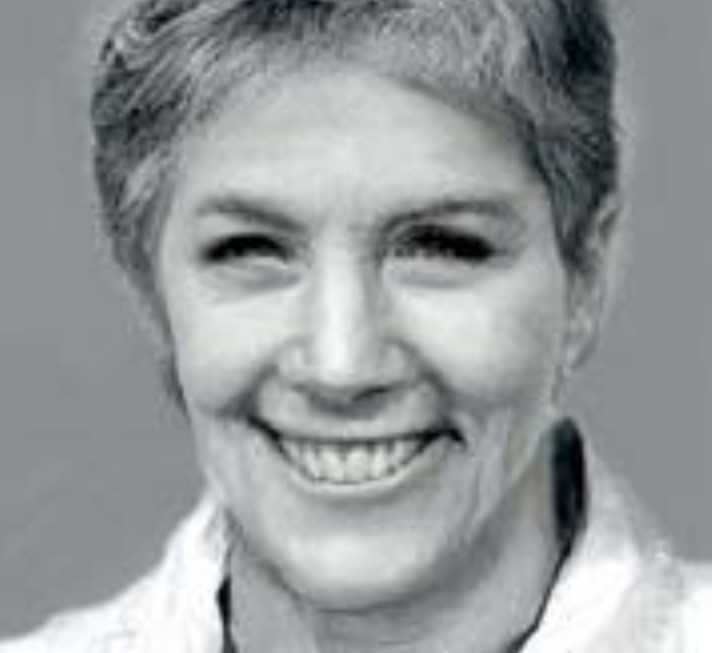 He looked at the drawing and had the strangest feeling. The blue eyes, the light blonde hair…it was all too uncanny. It was like looking in a mirror. This picture told him that his whole life had been a lie…but where did that leave him? A wave of nausea rose from the pit of his stomach. He didn’t know who he was anymore.

Steven Carter Jr.’s life had started in the Hawaiian islands—he knew this much. But he always had an unsettling feeling that he just couldn’t shake. There were missing pieces in his life story. He knew he was born with the name Tenzin Amea on January 16, 1977, but one day, he stumbled upon something that changed everything.

For Steven, it had been an ordinary work day at his medical software sales job in Philadelphia. It was lunch time, so he whiled away the hour by idly scrolling through his phone. But then, something strange caught his eye. It was a breaking news update from CNN. Little did Steven know, this particular story was about set him on a road from which there was no return.

Steven read the news story and immediately took interest. It documented the missing person case of Carlina White, and there had finally been a breakthrough. Carlina had been reported missing from a hospital in New York shortly after she was born. As an adult, Carlina made an earth-shattering discovery of her own—she had solved her own case.

Carlina White was just 19 days old when she was reported missing—under mysterious circumstances–from the hospital where she had been taken for a fever. A woman disguised as a nurse had taken her, and she had no idea she was even on the missing person’s list, thinking her kidnapper was her own mother for all those years. Carlina White’s story was a gamechanger for Steven.

Steven had always thought that he had been given up as an infant, and was then in the care of the state. He had been living in an orphanage and subsequently in foster care on the island of Oahu when he was just a few months old. Steven had few memories from this period in his life, but he remembered that he had yearned for a family. One day, his dreams came true.

In 1980, United States Army officer Steve Carter Sr. and his wife Pat were stationed in Hawaii when they paid the orphanage a visit. When they saw three-year-old Steven, then Tenzin Amea, they knew he was the one. On September 23, 1980 the happy couple officially adopted him. They were told by the staff at the orphanage that Tenzin was half Native Hawaiian, but something just didn’t add up.

Tenzin had pale skin, blue eyes, and blonde hair. Steve and Pat thought nothing of it, at first, and resolved to give the little boy the best life they could. They renamed him William Steven Tenzin Carter, after his adoptive father, and life improved dramatically for the young boy. The family left Hawaii and settled in Medford Lakes, an affluent area in New Jersey. Steven lived a privileged life with the Carters and put his past behind him, but he never expected it to come back to haunt him.

The Carters tried to remain as open about Steven’s origins as they could—they even celebrated his adoption day, calling it “Came To Be Our Boy Day.” But as Steven grew older, he started asking questions that they didn’t know the answers to. Aside from being told that Steven’s birth father was ethnically Hawaiian and the dates on his birth certificate—which had strangely been issued a month after he had been born– there was very little information to go on. But today, that was all about to change.

Steven had studied at Penn University and had become an adult, but his curiosity about his early life was something he couldn’t shake. It was like an itch that couldn’t be scratched—a gnawing undercurrent in his entire life. Now, in his thirties, he would finally uncover the truth and shake an entire nation to its core with his findings. And it all started with a simple home DNA test.

Steven, now married, had received the DNA test as a Christmas gift and the results finally gave him the answers he had been looking for—or at least, they uncovered the first piece of the puzzle. The test revealed that he had Scandinavian roots, which made sense given his complexion. But most startling, there was no trace of his Hawaiian ancestry in his DNA. It was just as his suspicions were mounting that he came across the breaking story about Carlina White.

Intrigued, Steven impulsively decided to take a look at the database of missing persons on missingkids.com, which is associated with the National Center for Missing and Exploited Children. With trembling fingers, he punched in the birth date that he had believed was his own for his entire life. Then, he refined the search to include missing person results from Hawaii. He searched for his birth name, but found something so unexpected he almost fell out of his chair.

Steven had been told that his birth name had been Tenzin Amea, but the name wasn’t there. However, there was another name, Marx Panama Moriarty-Barnes. And this boy had been reported as missing on July, 1977. But it was the artist’s rendition of the missing boy, and what he would look like 30 years later, that sent a shiver up Steven’s spine.

The artist’s rendition was uncanny in its resemblance to Steven. It was like looking in a mirror…Steven refused to believe the truth, at first. He frantically sent the picture to his friends and family, who were just as astounded as he was. Steven was shattered by the revelation. That’s when his wife, Tracy, insisted that he dig further to uncover the mystery. But, when it was all laid bare in front of him, did he really want to know the truth?

Steven wrestled with his emotions. It wasn’t too late to just forget what he had seen and continue to live out his days in a blissful lie. He could pretend he had never seen the picture and life would go on. But the curiosity gnawed at him like an ache in the back of his mind. He had made his decision. He had to know. So he pulled out his phone and started dialing.

The officers of the Honolulu Police Department were skeptical at first. The chances of solving a case that had been open for more than three decades were staggeringly slim—they needed more evidence. Steven was given another DNA test to discover his true identity, but he would have to wait eight long months for the results. But when they came in, the case was blown wide open.

On June 21, 1977, Californian native and Vietnam War veteran Mark Barnes was in Hawaii, in the small town of Hau’ula, with his girlfriend Charlotte Moriarty. He was working in the tropical paradise as a journalist, and life seemed to be perfect. The couple had a six-month-old baby boy named Marx.

One day, Mark was gardening and Charlotte informed him that she was going out to take a stroll, and Mark thought nothing of it. But Mark never imagined that his girlfriend and beloved son were about to disappear into thin air. As the minutes turned into hours and then days, Mark was devastated. What had happened to Charlotte and his son? He searched for them high and low, but he never found them.

After three heartbreaking weeks, Mark got the local police involved and reported the pair as missing. But there were no leads. The pair had seemingly vanished without a trace. He continued to search for his missing family for two years, but to no avail, and he became a broken man. He waited for the call that never came, and the wondering haunted him for the rest of his life.

It was discovered later that Charlotte had somehow made it to the other end of the island, and was spotted trespassing. After police interrogated her, she lied about her identity. She claimed to be Jane Amea, and said that her son’s name was Tenzin. She fabricated Tenzin’s birth date, and even stated that his father was Native Hawaiian. But she didn’t manage to hold onto her son for long.

Charlotte was placed into psychiatric care, and Tenzin was surrendered to the state and sent to an orphanage—he was only six months old. Poor Mark never knew that his son was only 30 miles away, in the orphanage. When Charlotte was finally released from the psychiatric hospital, she vanished without a trace. But there was a final player in the mystery who never gave up the search.

Marx had a half-sister who refused to give up. She was eight years older than her half-brother, and her mother was also Charlotte Moriarty. Jennifer Monnheimer had been living with her biological father in New Mexico when her little brother disappeared in 1977. Jennifer was traumatized by the tragic disappearance, and she never stopped looking for her mother and brother. It was in 2001 when she decided to renew her efforts. And they paid off.

Setting It All In Motion

In 2001, Jennifer traveled to Hawaii and reopened the case of her missing brother with the police department. An artist rendered a drawing of young Steven, and it was realistically enhanced to reflect what the missing boy would look like in his 30s. This was the heartstopping picture that Steven stumbled upon—10 years later. And the DNA tests from the Honolulu Police Department confirmed everything.

The case had finally been solved after three decades of searching. And most surprisingly, the case was solved by its own subject. Steven Carter Jr. had had no idea that he had been born Marx Panama Barnes-Moriarty, and that he had been a missing person for almost his whole life. The news shook him to the core. He had solved one of the longest missing persons case in American history. But there was one thing left to do.

The media flurry about the case finally died down, and after a few months Steven was ready to meet his biological family. He began by contacting his half-sister, Jennifer. She was elated and floored by the whole ordeal, and she finally had closure as to her little brother’s whereabouts. Next, Steven reached out to his father, Mark.

When Mark answered the phone and Steven told him the story, he was at a loss for words. All he could exclaim was “wow,” over and over again. But then, he had a question for Steven: where was Charlotte? Unfortunately, she was never seen or heard from again, and her whereabouts remain a mystery.
Must Read
European Space Agency Budget Increases By 10 Billion For The Next 3 Years
Artemis 1 Finally Launches: What It Means For Space Travel And Exploration
Clam Species Presumed Extinct For 40,000 Years Has Been Found Alive