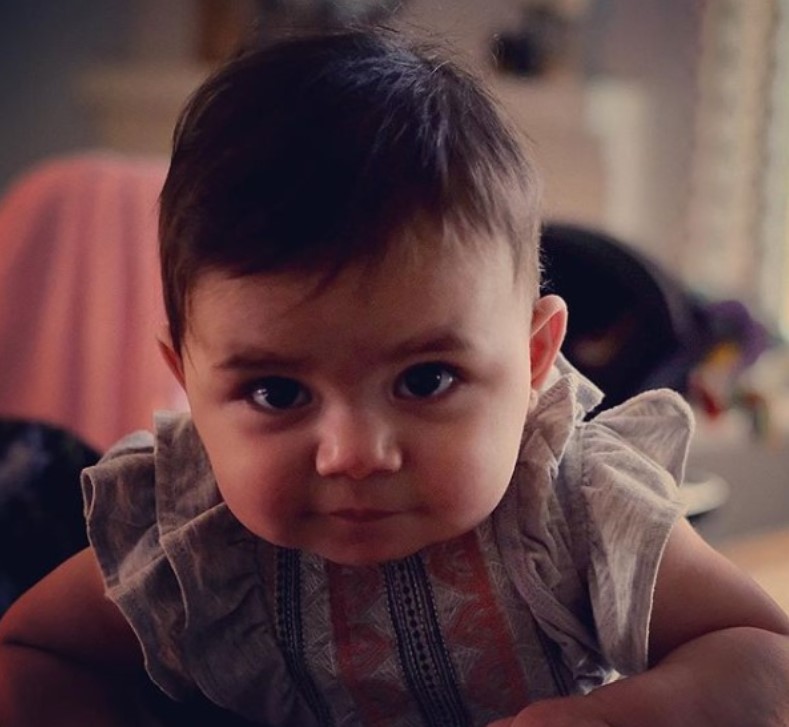 They began peeling away the outer layer of the bathroom surface on all the walls. It was a mad time in their lives and they needed to get this bathroom renovation well and truly under-way now. Life was charging ahead with or without them. When they began they had no idea what they were about to find hidden inside the bathroom wall.

For Alex and Jessica Mooney their life together was just beginning. They had spent the recent past Thanksgiving weekend apart and had missed each other so much that they decided that they never wanted to do that again. The world was their oyster and they couldn’t wait to spend every second with each other.

They have been together for thirteen more Thanksgivings since then and Jessica will always remember that time of the year as something extremely special. It just seems that the best things in life tend to happen around the turkey holiday for her, but the thirteen years together hadn’t been simple or easy.

As for most couples parenthood begins with the idea to try for a baby or as Jessica put it, “This journey to parenthood casually began as a crazy idea to try to have kids, and soon turned into the crazy question of if we could ever have kids.” The realization that they weren’t able to conceive was so devastating that Jessica all but blocked it from her consciousness…

“I denied our infertility diagnosis so much that I attempted anything necessary to avoid IVF.” As a result, the couple was bound for a roller coaster of emotions. The constant high hopes of conception, only to be dashed when that time of the month forces you to admit, yet again, that they were not pregnant. It was a trying time and a time that many couples do not see the other end of.

Jessica relates to it in a way only a woman in her position can, “Unless you’ve experienced it, it’s incredibly difficult to describe or understand.” Three long years past and it felt as though nothing would ever work out until Jess stopped ignoring the signs and finally took the plunge. It was time to get help.

“After about three years, we finally made the decision to pursue IVF.” Jess recalls it was a decision that would forever change their lives, and not the easy way out at all, “It was a decision that was intimidating at the time.” But it was one that they never regretted for a single moment, “I’ll never forget last Thanksgiving when our doctor called to tell us that IVF worked…that I was pregnant…that we would be parents.”

“After years of trying to expand to a family of three, we received the life-changing news that we were pregnant with our baby girl Rosemary. In times when this journey was seemingly pulling us apart, we came out closer; we are now stronger as individuals, as partners and now as parents.” With what seemed like the hardest part behind them they both surged into their new lives, one that would include a third Monney.

The pregnant couple soon bought a house of their own and set to work on remodeling parts of it. So as they began the initial work before the contractors came in to do the heavy stuff, they found something that has since sparked a huge internet trend. Something that was hidden to the eye–except for those who look for it.

This place where they lived was once called home by many people before them and one set of these previous people reached out to them in the strangest way. During the beginning stages while the bathroom was being gutted the renovators discovered a time capsule from the ex-owners. It was purposefully placed there with the intention of being found.

The message read: ‘Hi! We’re the Shinsekis! We remodeled this bathroom Summer 1995. If you are reading this, that means you’re remodeling the bathroom again. What’s wrong with the way we did it?!?!?’ The note was written straight on to the drywall beneath and was accompanied by a smiling photograph of the former owners.

The Shinesikis didn’t stop there, they also included their furry black and white bunny in the note along with a picture and a caption saying: ‘Hi! I’m Cassie the Bunny Rabbit. I lived here too! (I’m potty trained!). I’m going to be the next Cadbury Bunny.” The couple hadn’t thought they needed any reason to change their own bathroom, however, since they posted it on Instagram people are interested.

It was Jessica who first introduced their bathroom project on Twitter, she wrote: ‘If you know me, you know I love house projects. However, even I think I might be a little crazy for kicking off a bathroom remodel 4 weeks before I’m due. Bye bye bathroom! And sorry in advance for the bathroom remodel updates to come.”

Not To Be Outdone

But Adam, not to be outdone, posted the note on Twitter that made people take another look. ‘We’re remodeling our bathroom and our contractor just sent us this,’ he wrote. The tweet has since racked up over 100,000 likes and the general public have taken it upon themselves to find the funny couple.

Reverend Jay Shinseki tweeted back at the couple saying that the picture showed his younger brother, and another user, Elissa Shinseki, said she was trying to ‘work out’ who was in the photo, but it was not former Secretary of Veterans Affairs Eric Shinseki which is the first person to pop up when you do a search.

But to answer the Shinseki’s question. The reason the Monneys decided to renovate has a few answers. The biggest reason is that they are welcoming a baby girl into the family and Jess will need a more functional bathroom but another reason is the couple’s size. While Jess is taller than your average lady her husband is a really tall man and it just worked better to accommodate them.

Now the Monneys have decided to show off their new bathroom with a hidden message of their own. Here’s what it says: “The Monneys here, from our Summer of 2018 remodel!! If you’re reading this, you’re likely remodeling the bathroom (again). What was wrong with the way we did it?! One time we accidentally made this bathroom famous. Maybe you can Google it. I wonder what Google is like in the future??? Do you have flying cars yet? At least gotten self-driving cars down? Tell us there is at least WiFi on Caltrain!”

What About The Bathroom

“Anyways, so far we’ve lived in this home with our four babies. We hope you are making beautiful memories as we did! Enjoy your new bathroom! Only one of us is fully potty trained! Which do you do you think?” They put a picture of each pet and of course a picture of the happy couple themselves. And the bathroom?

“This is very late (we’ve had a few things going on!), but here is the before and after of the master bathroom. And of course, @alexmonney and I could not wrap up this project without leaving our own message in the wall,” Jess tweeted with a before and after shot of the remodeled bathroom.

Still Nowhere To Be Found

Strangely, the original couple who wrote the note has not yet come forward and no one has been able to actually track them down. We do hope that they somehow see this post online and get in touch to add to the fun, It would really be a great ending to a very cool story!
Must Read
Genome Studies Manage To Find A New Branch Of Fungal Evolution
European Space Agency Budget Increases By 10 Billion For The Next 3 Years
Artemis 1 Finally Launches: What It Means For Space Travel And Exploration