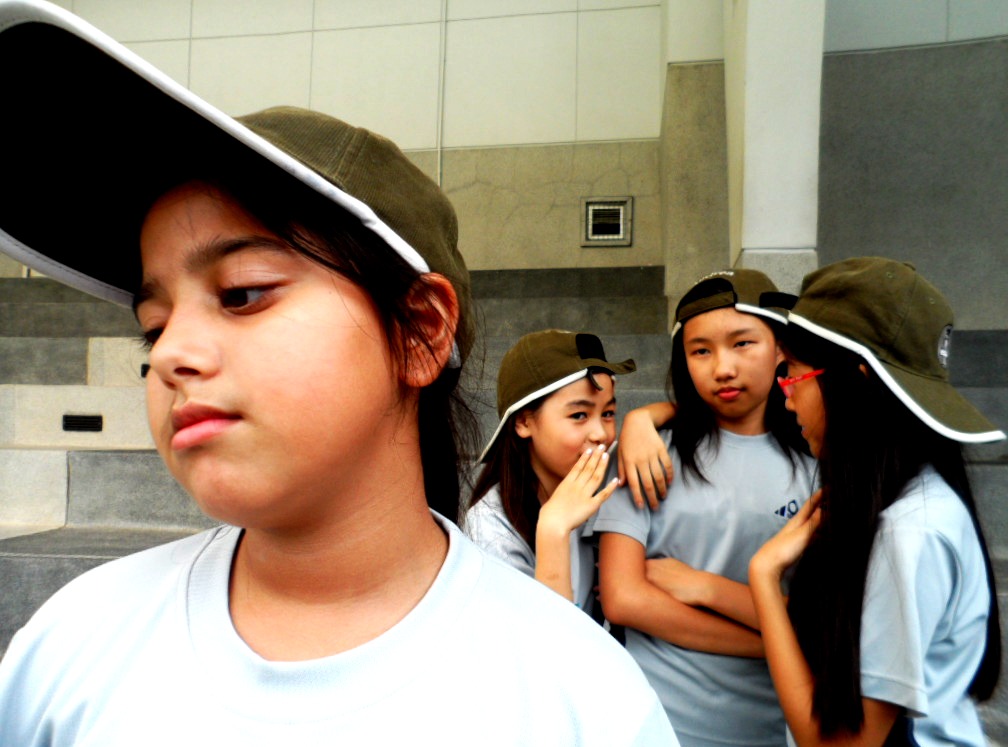 It Happens Every Day

“My name is Joey and I’m 10 years old. I am a victim of bullying. It hurts me very much. Please, stop bullying.” That message, posted to Facebook by Joey’s mother, was a last-ditch effort to stop weeks of pain and struggle for the boy. The family had no idea their plea was about to be answered in the best way possible as one man seemed to know exactly what to do — and it’s something we should all learn from.

It Has A Huge Impact

Joey Mason is a shy fourth grader who loves to play with his dog and cat. Joey lives in Toronto, Canada, in a residential community with a nice park where he is free to play outside. Unfortunately, after school one day, Joey’s outdoor playtime turned into a nightmare for him. Why? Because of the bullies.

For some reason, a group of teens had recently turned their eyes to him that spring. For weeks, it seemed that every time and everywhere Joey went after school, they were there to bully him. But Joey was a tough kid and didn’t let the name-calling get to him. That was, until one day, the bullying took a scary turn.

A Day At The Park

Joey was wandering around the park by himself, kicking a soccer ball around. All of a sudden, the same three teenage boys came out of nowhere and approached him. To onlookers, it probably looked like they knew him because they went directly to him. But their demeanor, though friendly on the surface, hid some dark undertones that would soon reveal the teens’ true nature.

“Hey kid,” one of the teens said. “Nice ball you got there. Can I see it?” But before Joey could react, the teen kicked the ball away from him. “It’s mine!” he protested, to no avail. “Come on, just give it to me, man. It’s just a ball,” the teen continued. Little did he know, he was being watched.

While the interaction between the teens and Joey was occurring, a man was taking notice. He was sitting on a bench near where the little boy had been playing, reading on his tablet. But as the teasing escalated, he turned his attention toward the four boys. At one point, the older teen kicked the ball away to the other side of the footpath. That’s when the man decided to act.

As the boy and the three teens raced to reach the ball, the man stood up and followed them. “Gentlemen,” he said. “What are you doing?” The teens seemed startled to be interrupted by a stranger. “Just playing ball, sir,” said the leader. But the man was not buying it.

“You got a problem?” he asked the teens. “Why are you picking on a little kid?” The boys were stumped and didn’t know how to answer his question. “Playing ball,” the teen repeated in a low voice. His demeanor had changed, and now he was standing with his head down, clearly uncomfortable. The man’s words were having an effect.

“Don’t you think your parents would love this? You guys getting arrested for picking on a little kid?” the man asked them. “You think they’d be proud of you?” The older boy had no answer to offer but a quiet “no, sir.” The man then turned to the other two teens, who had been conspicuously silent.

“Why didn’t you guys stop him?” the man grilled them. “You guys wanna be part of this?” Again, a “no, sir.” Satisfied that his message had come across, he turned to the little boy. “Are you ok?” he asked him. “Why don’t you take your ball, and we’ll go over there,” he said, offering to play with him. He then asked the teens to leave. But there was still had one more thing to do that would really slam the message home for these teens.

It Was A Social Experiment

Unbeknownst to the kind man who helped Jones, the entire incident had actually been orchestrated by mastermind Matthew Bandeira for his YouTube channel MattTV. The channel focuses on creating thought-provoking social experiments to show the behavior of people when confronted with difficult situations. His first video, “Would You Help An Abandoned Child?” racked up more than 300,000 views. Then, last year, he had another big hit.

Inspired By A Viral Video

In December of 2017, a video went viral in which a young boy named Keaton Jones tearfully talked about being bullied. The video elicited countless reactions and sparked a national conversation about bullying. These events inspired Bandeira too, who decided to conduct his own social experiment on the issue of bullying.

Plenty of public figures turned out on Twitter to show their support for Keaton. Out of all the attention Keaton got for the video, nothing was as heartwarming as the response from celebrities. Chris Evans, known for his role as Captain America, put his massive heart on display for Keaton and his family. Chris felt for Keaton, urging that he “stay strong,” and even offering Keaton an invite to the new Avengers movie premiere next year. He wasn’t the only one to support Jones, either.

Titled “This Boy Was Getting Bullied. How These Strangers Reacted Will Shock You,” the MattTV video’s purpose was to see how people would react when they saw a child being bullied. The video clearly hit a nerve, reaching over 302,000 views in less than three months. And it wasn’t just the one man who stood up to the bullies.

Other People Stepped In, Too

The experiment was conducted two other times, first with a young mother and her son, and then with a middle-aged woman. The mother scolded the teens — who tried to claim they were friends with the bullied boy, — telling them that’s not how friends should act. The other woman tried to make the teens see that the boy wanted them to stop. Both women had different reasons for stepping in.

It Was The Right Thing To Do

“Well, I wouldn’t want my son to be getting bullied, so if I knew somebody would be around my son I would want them to do something as well,” said the young mother. The other woman acted simply because somebody had to. “He was just messing with this poor kid and there was nobody else taking care of him,” she said. These women were quick-thinking, but sadly not all adults react this way.

Though bullying is a huge problem in schools, not all institutions take the issue as seriously or truly know how to address it. A lot of parents report teachers and other school staff downplaying concerns about their child being bullied. Hopefully, every adult, from teachers to parents to random strangers, can learn from this social experiment and not hesitate to help a child who is being bullied.
Must Read
European Space Agency Budget Increases By 10 Billion For The Next 3 Years
Artemis 1 Finally Launches: What It Means For Space Travel And Exploration
Clam Species Presumed Extinct For 40,000 Years Has Been Found Alive