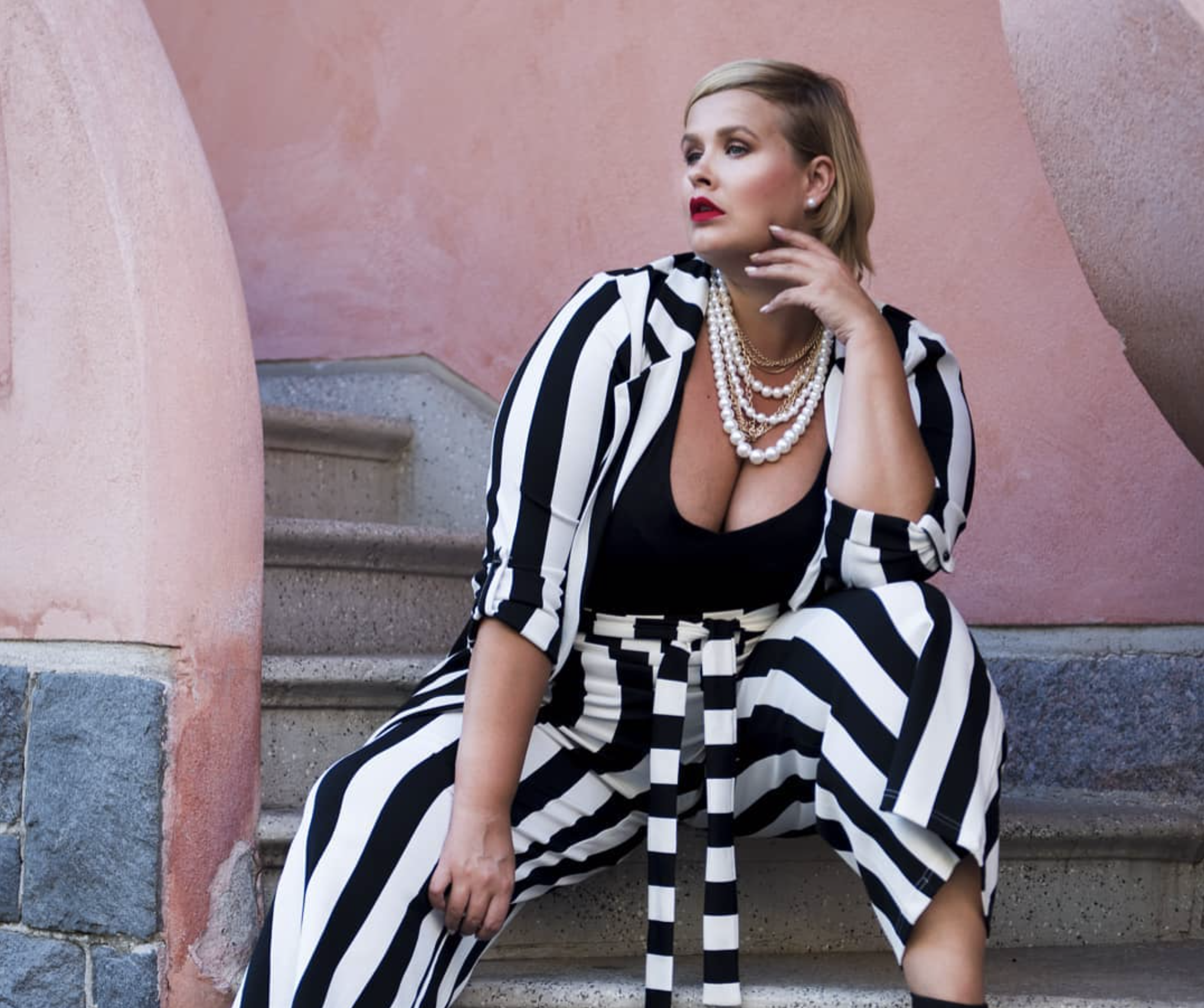 Kaisa was super excited to be celebrating her birthday that day; she had invited all her friends and had even pre-paid for a couple of bottles of alcohol to be at a table once they got there. But as she arrived at the club, the promoter and bouncer of the place told her something that made her furious, and she took it to social media, showing everybody what they had done.

She was born and raised in Finland, but now, Kaisa lives and works as a model in London. Very successfully in fact. When she was younger, she had always had problems with being overweight, but it was not until she got into modeling that she learned how beautiful her body is.

Like every major city, they have their most prestigious nightclubs. London’s nightclubs usually have a lot of celebrities attending, so they are familiar with special types of requests to accommodate people. But this nightclub, in particular, had some rules no one even knew about.

Kaisa, who weighs 15 stone and ranges from a size 16-18 UK is a complete body positive female. She loves her curves and has become a very well known model because of her curvaceous​ body. She had no idea this was going to come between her and having a blast at the club on her birthday!

Kasia wanted her birthday to be perfect like everyone does. She had an ideal​ outfit all planned out, and her hair and makeup were fiercely on point. As she tried to organize her table to be ready for when they all arrived at the club, the bouncer and promoter there told her something that made her jaw drop. But what did he say?

Kaisa was shocked by the response she got from the promoter. She had never been so offended in her whole life and wanted everyone to know what just happened to her. So she took it to Instagram​, and publicly showed everyone just what she was dealing with.

Her day started like many others, but she knew that night was going to be special, ​so she went all in. She got her hair done, makeup and put on an incredible dress. Now she just waited for her friends, and while she was waiting, she began to take selfies to memorialize the magical night.

She was all set for her perfect night. Nervously, she messaged the promoter from the club again making sure everything was set up for their arrival; she had her best friends with her and headed to the club. Little did she know, her birthday was not going to be celebrated that night.​

They walked straight up to the club and told the bouncer that they had a table waiting for them. He looked at Kaisa up and down and then scanned her friends. He was not going to let them in. Kaisa had no idea what was going on, so she messaged the promoter she had spoken to earlier to see what on earth was happening.

As she read the message the promoter had just sent her, she couldn’t believe her eyes. “Ok one last question – are all the guests plus-size​ models, we are not trying to be rude but we know for a fact some clubs can be funny and we do not want to send you there,” he states. Was this club promoter really telling her she could only bring skinny friends?

Ashamed about how she had been treated – birthday already ruined, she answered back. “So you only want skinny people in your clubs?” The promoter stated that London Club Nights claimed it was a request made by the clubs and himself. Kaisa was shocked, how could they not let her in just because of her size?

Of course, Kaisa was livid. She could not believe what she was reading! She took a screenshot of the entire conversation and made it completely public, showing everyone how disgusting the “prestigious” London night scene was. She grabbed the attention of a lot of users, and they all started sharing the same screenshots!

The promoter knew this was going to end badly. Even though he had no intention of hurting anybody, what he said came across as really nasty. “Not us I am just telling you what they told us as a company. “We do not want to send you there and you not get in.” “It’s ridiculous. I got loads of friends that are overweight, I grew up in Kent in the 70’s and there was nobody my colour in my school. Why would I discriminate?” the promoter said in an interview.

As the screenshot that Kaisa had done spread wide across social media, one famous Instagram​ account – Styleandcurve, was incredibly shocked to discover what had happened. Right away, they went into action.

Kaisa could not believe that in today’s society there are still ways to belittle people. She had had enough of fat shaming, and now, prestigious clubs from London were doing it because they wanted to conserve their image. After what happened to Kaisa, it is safe to say, the only thing they did was tarnish their reputation.

“THIS IS WHY WE NEED TO ADDRESS THE FAT SHAMING ISSUE!!! “THINKING OF HOW MANY PLUS SIZE WOMEN DON’T DARE ENJOY THEIR LIFE BECAUSE THEY ARE SCARED OF GETTING FAT SHAMED.” Style and Curve Magazine said in their repost to the screenshot Kaisa shared.

In an effort to reassure Kaisa about the whole situation, the promoter began commenting on her pictures and liking them. She was not buying any of it, this promoter’s reputation was on the line.

It is incredibly sad how still, in 2018, women have to go through this. Even the promoters account – Guestlist_Vip_Birthday_Tables contains logos of several clubs and dozens of snaps of skinny clubbers, but what about curvy women? They don’t show these kinds​ of bodies in their pictures.

Messages from all over were pouring in, and Kaisa was reading every single one of them. Her heart shattered as she read each one, and knew she had to do something to end fat shaming once and for all.

Since she posted the whole thing up on her social media, she has received more than 400 messages cheering her on. “This is not just a problem for me; it’s​ not just a problem in London – it’s a global problem, actually,” Kaisa said. Still, she continues to model and flaunt her curves, but she wants to eradicate this terrible problem. No woman should have to feel bad or undesired just because of how they look.
Must Read
European Space Agency Budget Increases By 10 Billion For The Next 3 Years
Artemis 1 Finally Launches: What It Means For Space Travel And Exploration
Clam Species Presumed Extinct For 40,000 Years Has Been Found Alive