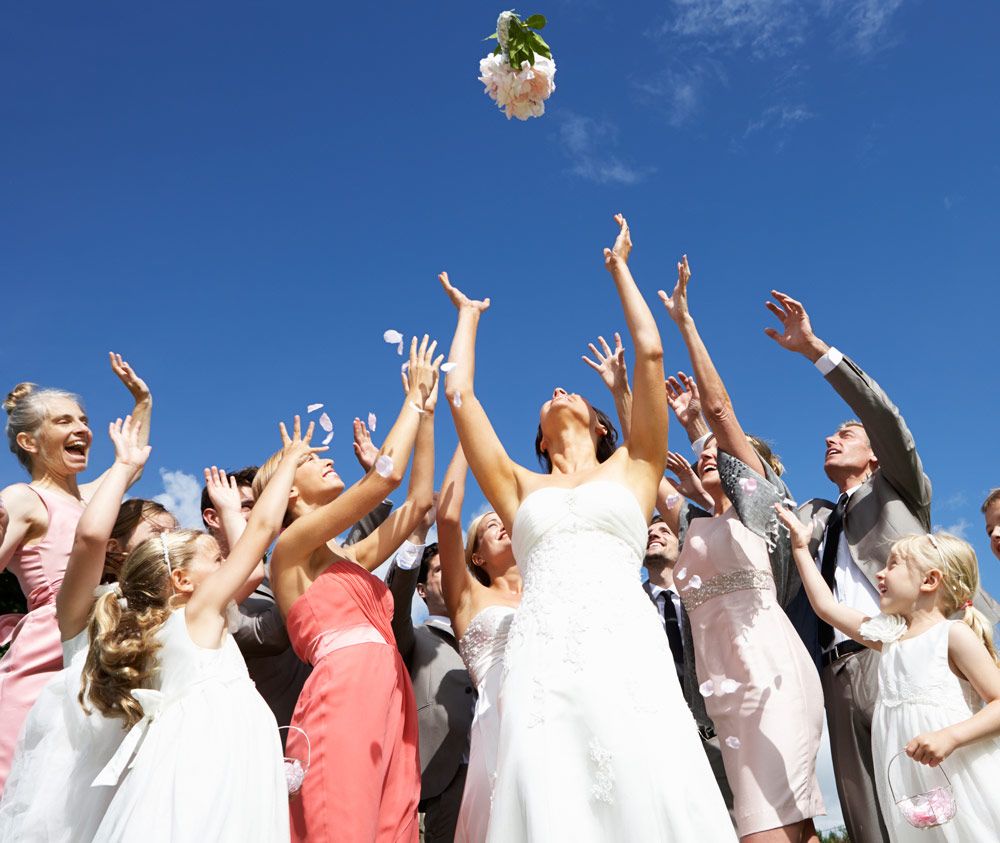 They were about to say “I do,” but Casey had another thing planned. Her whole family was there cheering her on for her wedding, little did they know this wedding was about to take a weird turn. As she looked out and saw her parents’ eyes fill with tears, she knew she had to make the most out of exposing her fiancé. When it was her time to answer the question given by the priest, she got out her phone and started reading aloud messages that only incriminated the groom, showing everyone who he ​really was.

Match Made In Heaven

Casey and her husband-to-be had been together for over six years. She stated in an interview with Whimn that she genuinely​ thought he was “the one” when they met. Their families became friends, and their lives were entwined.”I believed we would live happily ever after,” Casey shares. But on the day of her wedding day, she got a message that instantly sunk her heart.

On the day of her wedding, she got up early and began her preparations with her girlfriends at her side. They laughed and shared memories that they had all envisioned for that very day; the dress, the beautiful flowers and bouquet, the flowing champagne and the excitement that filled the air. Hours were counting down until she would say her vows to her future husband. But at that very moment, she had no idea that that would never happen.​

Casey was hanging out with her girlfriends at her hotel room while they were drinking bubbly. They were in a glitzy hotel room and felt like princesses. Casey’s phone buzzed from across the room and, with the drink in hand, she went to retrieve it. She had been receiving​ messages all day from loads of people wishing her love for her big day, but this message was not in any way like that.

“Phone is running hot tonight,” said one of her bridesmaids as Casey picked up her phone. The text took her by surprise and changed everything in a heartbeat. The text message contained a series of screenshots from a number she did not recognize, and under the pictures, an accompanying message simply stating, “I wouldn’t marry him. Will you?”

The screenshots were of conversations between her husband-to-be and another woman. The texts in the screenshots ranged from everything and even included selfies of the pair. The woman in the picture was the complete opposite of Casey; the unknown woman had dark hair and olive skin. What was going on?

Casey grabbed the phone and locked herself in the bathroom while she inspected every single screenshot. The texts the pair had shared went as far back as months and some were only days before their wedding! Her brain could not compute what was going on, still, in her heart, she knew these texts were real. No one was playing a trick on her. Or were they?

Everything was all set up for their incredible day. The caterers were already serving food and all the guests had arrived. Casey had no idea what to do, but the texts kept swirling in her mind. “This weekend. You and I. It is on, hot stuff. Bring your A game.” said one text. Casey could not believe her fiancé had been cheating on her! How could she get her revenge?

Every word she read in the text was like a dagger in her heart, and her wedding was hours away. She couldn’t cancel, so she broke down in tears. She told her girlfriends everything, and they all stood there in shock, but they had to do something! But​ what? Her bridesmaids insisted she called him immediately and tell him that she knew everything, but Casey was still too shocked!

Still, in shock, Casey decided to do the only thing she could think of. “I was going to go ahead with the wedding as expected, and ‘out’ him in front of our friends and family,” she said. So she got dressed in her beautiful white gown and pristine flowers and made her way down the aisle. “My dream dress is now just a costume,” she thought as she walked towards her cheating fiancé.

As her fiancé looked at her, he knew that her face was not of an ecstatic bride-to-be. But he had no idea what was coming. “I arrived at the front of the room, took a big breath and I faced our friends, our parents and I told them the truth about Alex,” Casey stated. As the time came for them to say their vows and their “I Do’s,” Casey whipped out her phone and faced the crowd.

A ripple of shock went through the crowd, ​and the groom still tried to grab her hands. Casey dropped her bouquet disguising the well-hidden phone she was holding. She read every single message that was in the screenshots and with every word, the groom’s face dropped. He had been caught and had nothing to say. He quickly stalked out of the church with his best man trailing behind him. But what was going to happen now?

The groom’s family looked on, horrified. They still could not believe what was happening, and neither did any of the guests. Casey thought she would have to explain a little further, so she took a deep breath and turned to face her guests.

“I love all of you and as horrible as this is I’m glad you all are here. There will not be a wedding reception today, but instead, there will be a celebration of honesty, finding true love and following your heart even when it hurts.” Casey said as she faced the guests once more.

There were awkward applauses and a little cheering, but Casey’s bridesmaids were the ones clap​ping the most. They could not believe how strong their friend had been, and more so, she had continued with everything as planned — except the getting married part.​

That night, she celebrated surrounded by her family and friends. And even though she was heartbroken, Casey celebrated how she had almost made such a terrible mistake. She threw one heck of a party, and everyone went home smiling. But what caused his infidelity? And how did she not catch it sooner?

The Psychology Of Cheating

According to Dr. Rowan Burckhardt, there are two main reasons for infidelity. “The first is what the cheater probably sees as a problem in the relationship. The second is the straying party failing to have romantic feelings for their partner,” he states. “A person can react to a problem by stepping “out of the relationship” into the arms of someone else. And in the second case, the cheater needs to find this “romantic connection” elsewhere. This is when “attraction for a person outside the relationship becomes all the greater,” he explains.​

Little To No Idea

Casey had no idea her husband-to-be was a cheater. They had their problems like every relationship does, but when things got bad, she just endured a sleepless night and hoped it would be better in the morning. Luckily for Casey, she knew about his infidelity before the wedding! She went public with her story and it quickly went viral.

Casey’s story made waves, and everyone shared their thoughts on the matter. Graham Houghton said, “A very brave woman who deserves​ and will certainly find, someone better. I wish her luck and happiness.” Will Agee expressed similar sentiments saying, “Wow!! Very strong and forward thinking of her!! Honesty is the best policy with self and others!! Blessings all!!” Still, Casey explained: “It was certainly not the wedding day I had planned but to our credit, it was one hell of a party.”
Must Read
New Study Suggests Teacher Evaluations May Perpetuate Academia's Gender Biases
Rare Earth Elements Can Potentially Be Pulled From Coal Waste
United Arab Emirates Names Oil Chief To Lead Upcoming Climate Change Conference