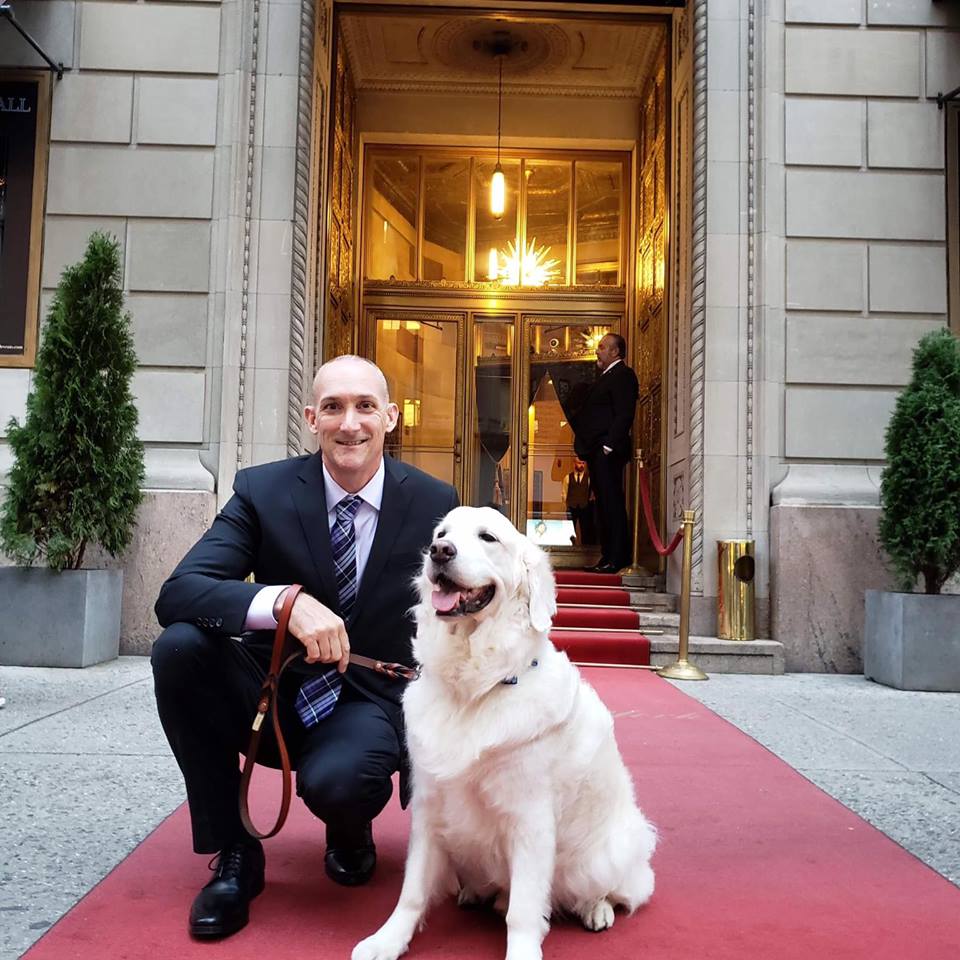 Mark held his breath. Storm had never jumped into the sea like that. In fact, he usually acted like a cat around water. He paddled away from the shore and disappeared underwater. Was he alright? Could he breathe? The waves were getting bigger. Mark’s heart stopped. But when Storm finally surfaced, he realized what was going on.

Mark held his breath. Storm had never jumped into the sea like that. In fact, he usually acted like a cat around water. He paddled away from the shore and disappeared underwater. Was he alright? Could he breathe? The waves were getting bigger. Mark’s heart stopped. But when Storm finally surfaced, he finally realized what was going on.

Mark Freeley had goals. He wasn’t interested in getting drunk and having fun. He had a plan. Three years of hard work, and he would obtain his law degree. He watched “12 Angry Men” as a child and was immediately infatuated with the law. He worked three jobs between his classes. But he couldn’t run on passion forever.

Mark was lonely. He thought working as a busboy in the evenings, a waiter between classes, and a barista in the mornings would make his day fly. But instead, the hours dragged. He didn’t have time to socialize with anyone in Hofstra University School of Law, let alone have a relationship! He functioned on four hours sleep a night. Eventually, the pressure started to take a toll on him emotionally and physically.

Mark became top of his class but he was exhausted. His classmates were nice, but most of them were distant. What was his secret? How did he have so much self-control? He would wake up and go to sleep among passed out students and drink-spilled floors. They thought he was missing out on the college experience. But Mark had bigger plans than partying.

Mark graduated top of his class from Law School. He was quickly picked up at a firm in New York, so he packed his bags and moved to the big apple. Finally, he was being rewarded for his hard work after years of sleepless nights and early mornings. But Mark was about to learn some hard lessons.

Mark’s one bedroom apartment was a 200 sq. ft. studio. His bed was a mattress on the ground that looked over his cramped kitchen/living room. He was working 5 days a week doing the slack work all the real lawyers hated. He was always the butt of the jokes. He was beginning to question if he had made the right decision. New York was nothing he had ever expected. But things couldn’t stay terrible forever.

Thankfully, Mark started to socialize. He made a friend in his apartment complex who would invite him in for a beer when they passed each other on the stairs every now and again. On weekends, they would order Chinese and watch the football game. His apartment was 5 times the size of Marks. But there was one aspect that Mark envied above all others.

His neighbour had the constant company of a canine. Mark always dreamed of having his own dog. He promised himself that when he finally made it to a comfortable position, he would adopt a pooch to share the good life with. However, after all the years spent working, studying, and trying to keep himself from having a mental breakdown, he wasn’t sure if he could even take care of himself. Rent was so high, he was living on pasta and noodles. Then, the unimaginable happened.

Mark began to get noticed at work. He was assigned a few easy cases but managed to make to make them big wins. Finally, things were turning around. He suddenly didn’t feel so small in the big city. He was regularly invited to after-work drinks to gossip about the higher-ups. He began to land promotion after promotion. He finally felt like he was fitting in, but he couldn’t help but feel like something was missing.

After his first year, Mark finally saved up enough to move into a loft downtown. Finally, he didn’t have to eat where he slept or sleep where he ate. What was he going to do with all this room? As he waited on the steps for the delivery van, a short man passed with a basket of pups. “20 bucks. Sir?” Mark looked down at the fur balls. Maybe it was a sign? But was he ready to be responsible for another life? For the first time in forever, Mark decided to take a chance.

Storm was a beautiful golden retriever. Mark soon forgot what the word ‘lonely’ meant. Storm may have left his sofa covered in long blonde hairs, but he was infatuated. He no longer had to come home to an empty house. And as time went on, his career excelled. He was passionate and re-energized. After a year, they welcomed Sarah to their family. She was a lab-mix and immediately fit in. Finally, everything had fallen into place. But there were some things Mark couldn’t control.

Storm and Sarah kept Mark physically and mentally fit. When he didn’t want to get out of bed in the morning, they dragged him to the door for walks. An hour twice a day was enough to tire Mark Freeley, but not Storm. Everything seemed the same that morning. Mark drank his coffee and then grabbed the leash. A stroll along Long Island beach was going to do them the world of good. But he never thought he would witness this.

Storm ran into the water and swam like a fish in Pirate’s Cove. Mark had only ever seen him move that fast for food! What was going on? He disappeared beneath the surface and reappeared by a brown mound. Was it dirt? Seaweed? But as Storm made his way back to the shore, Mark couldn’t believe what was in his mouth.

When Storm finally reached land, Mark grabbed his phone. Storm hadn’t returned with a random treasure, but a fawn. Somehow, it had fallen into the water before being dragged out by the tide. Storm opened his jaw and let the young animal fall to the ground. But it wasn’t moving. What had Storm done?

Understandably, the fawn was exhausted from trying to stay afloat in the sea. Mark was astonished. How had it managed to tread the water? How long was it stuck out there? But most importantly, how did Storm even notice an animal that was meters away in the middle of the sea?

The young faun had little chance of escape. Had it not been for Storm, the young creature would have surely perished. Storm picked it up by the back of the neck as it if was his own puppy. But the fawn still wasn’t moving. Its mother was nowhere to be seen and Mark wasn’t sure what to do. Just as he got animal rescue on the phone, something amazing happened.

Storm tugged on the fawn’s ears. After a moment, it began to wake up. He lay down next to it, hoping it was ready to get up. But when it eventually stood, it walked two steps and collapsed again. Storm jumped to its side and began to rub his belly with his nose. Then, he started pulling the fawn’s leg. Mark thought the story was going to have a sad ending. But fate had another idea.

The young fawn eventually stood and began to walk. Mark was mesmerized. Had Storm really encouraged the young animal to stand up again? He couldn’t believe what he had witnessed. He shared the video online which gained over 2 million views. “He only knows love and care and attention, and I swear, that’s part of his personality,” Mark later shared. But this wasn’t the first instance of Storm showing just how special he was.

Mark shared that they had been fostering two puppies that same week. Storm was six at the time, but the puppies treated him like one of their own by pulling his ears and biting his tail. “They were tormenting him,” Mark explained. But Storm wasn’t one bit bothered. He sat peacefully as the young pups used him as a chewing toy. “This dog has never given me a day of grief.” What was Mark’s secret?

Storm is now 7 years old and continues to be the ideal pet. And Mark had some advice to give to new pet-owners. “When you’re training from your dog, it’s all about positive reinforcement and love,” he explained. “I’ve never had to raise my voice.” It seems as though the loving, secure environment Mark provided really helped Storm blossom into a calm, caring dog. But would his reputation remain untarnished forever?
Must Read
Dog Refuses TO Give Birth, Then Vet Gives Owner News
Teen Disqualified Over Swimsuit Gets Last Laugh
His New House Was Hiding This In The Basement