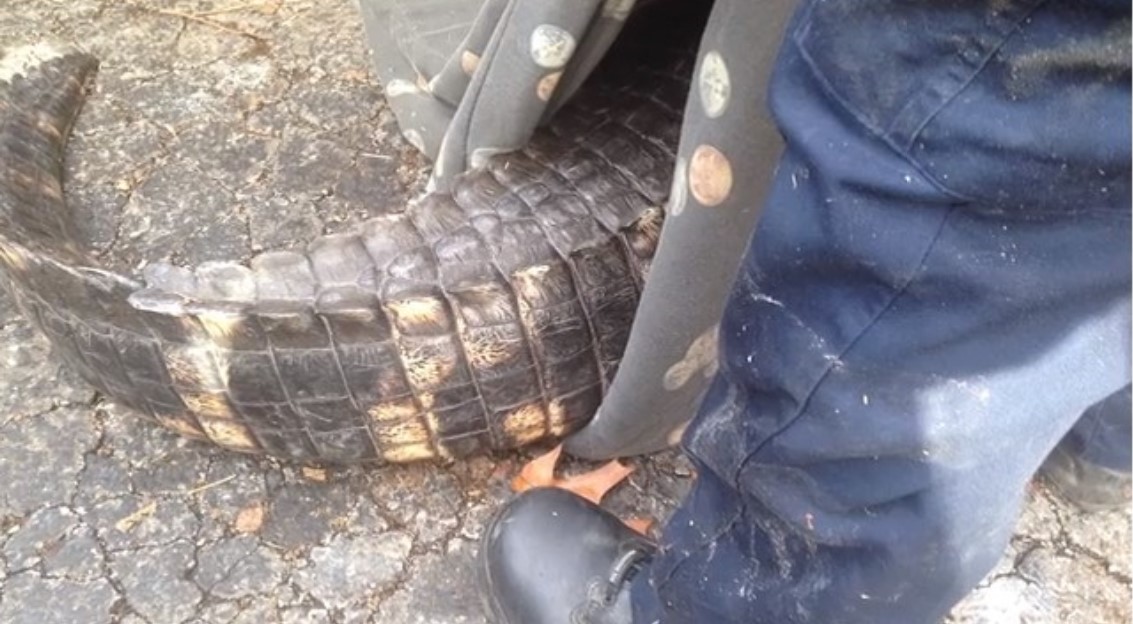 When the owner of a Kansas City home arrived at his front door on Wednesday morning nothing could have prepared him for the absolutely alarming truth that had dwelt within those walls. Truly something of nightmares was about to come to light, and no one knew what to do next.

No one wants to go through the difficulty of an eviction, even going through the proper legal channels can take months and months of court dates, unpleasant meetings and a lot of bad blood. Likewise, no one ever has dreams of one day being evicted, especially when you have big secrets to hide.

He arrived at his front door with the sheriff in tow along with a small army of officials to remove all the items, including the occupants of the house, but not one person wanted to go inside the doors once the grizzly situation began unfolding. No one wanted to know what they would find next.

Inside the shuttered house it was stiflingly warm and strangely damp, the house was silent while motes of sunlight stole through the sealed windows. Removing a tenant in a complicated and long-standing situation as this was difficult at the best of times. With the house so ominous it felt like a portal to another realm that he might never return from.

The stagnant damp in the air masked a smell that stopped everyone dead in their tracks. An unfamiliar smell of rot and decay hid something far more chilling. Perhaps the police should have come too, he thought to himself as they all walked into a room bathed in red.

Outside the house stood the tenant peacefully explaining to a camera crew how he’d done it, no ounce of remorse crossed his bearded face as he retold scene by graphic scene the method to his madness. Outwardly he appeared calm, but inside a demon was struggling to be released. He would win this fight.

There are plenty of things that can go sideways when you rent out your house. Most contacts even state that you may not drive any nails into walls, just to prevent unsightly damage to expensive paintwork and structure. What Sean Casey did was far beyond any homeowners wildest fears — and this was just the beginning.

Out In A Black Bag

Red dripped off a cutting board into the floor… And more was found inside the refrigerator waiting for its turn to go under the sharp knife that was carefully laid out on the kitchen countertop. The smell was uncooked meat. But this meat was never destined to be cooked, it had a far scarier fate awaiting it.

Sean couldn’t understand what all the fuss was about as desperate phone calls were made to the authorities. No one dared enter the living room of the house, but while they waited for backup to arrive the officials with the sheriff began dumping all of Sean’s furniture and belongings out on the pavement.

Quietly floating in what was at first thought to be a hot tub built in the middle of the living room was the largest alligator animal control workers had ever had to deal with. At 7 foot long the sweetly named ‘Katfish’ weighed in at over 200 pounds and had been living in this Kansas City home for the last four years. Back then Katfish was only an 11-inch baby. But the circus doesn’t end there.

The house ended up holding three more reptiles, the beautiful smaller cousins in the constrictor family, the ball-python barely makes the 6.5 feet mark, while it’s larger reticulated family members often make it to 30 feet or more. And they, unlike Katfish, are far from being aggressive. Instead, they curl into a tight ball and tuck their heads to try to hide away.

A rabbit and a kitten were also removed from the house and all the animals have been moved to various wildlife sanctuaries for safety. Katfish was moved to a temporary location housed at the Monkey Island Rescue and Sanctuary in nearby Greenwood. The snakes and rabbit went to a nearby animal shelter KC Pet Project, and the kitten could stay with Sean… Except he had nowhere to go and a huge pile of furniture and personal belongings on the front pavement.

Once animal control realized they couldn’t possibly relocate an animal of this size they called in an animal rescue group to help them remove Katfish “This thing was massive in size, and it took over four of us to handle this,” said James Donovan with KC Animal Control. No one was hurt, but Katfish was clearly unhappy, uprooted from his home and everything he knew. What would become of them all?

Although alligators and other exotic animals are prohibited in Kansas City that doesn’t mean Sean will not fight for his beloved pet, “I don’t know what the procedure will be to get him back, but I’m going to fight to get him back,” he told the cameras. “He had his own way of saying, ‘Hi,’ to people,” Casey said. “They’re not big ferocious animals like people think. They have personalities.”

Casey said the animal’s diet consisted of chicken nuggets, steak, deer and fish. He also said that Katfish acts like a dog “He was like a dog. I don’t think he knew he was an alligator,” he said. “I tell people all the time I’ve got an alligator who can`t swim. He is scared of the dark and scared of thunderstorms.”

“He told me about how unique it was that he built this, basically a pool in his living room, and he would fill it with water. Katfish was just sitting there like me and you are sitting here right now. He used to take Katfish through the McDonalds drive-thru line, and everybody knew who he was. He would sit right next to him.” he told the news crew.

Where Is He Now?

And Sean plans to get his big dog-like reptile back. After his story went viral there have been outcries for Katfish to be returned to his owner “It would be great for Katfish to stay with his owner because his owner is a wonderful caretaker, but at the end of the day, we are just looking for a place where Katfish doesn’t have to move around.” a wildlife worker related.

Sean has even enlisted the help of a local law firm, Jungle Law attorney Lauren Sierra said “I feel like when there is an exotic animal in Kansas City, it makes sense to call Jungle law, so people tend to reach out to us,” and he claims that Katfish was well taken care of.

“I knew he was passionate about this animal. He grew him up from 12 inches to almost 7-and-a-half feet, now 200 pounds,” Jungle Law attorney Tristen Woods said. “He’s very well-kept. He said he kept him better than he does himself, and by looking at him, I think that is the truth.”

“Katfish is a remarkable alligator because, as you know from personal experience, he is pretty friendly,” Sierra said. “We just want to make sure that everything that’s required in his lifestyle is available to him.” While everyone is rooting for the quiet man to have his pet returned his friend also started a go fund me account called KATFISH.
Must Read
Genome Studies Manage To Find A New Branch Of Fungal Evolution
European Space Agency Budget Increases By 10 Billion For The Next 3 Years
Artemis 1 Finally Launches: What It Means For Space Travel And Exploration