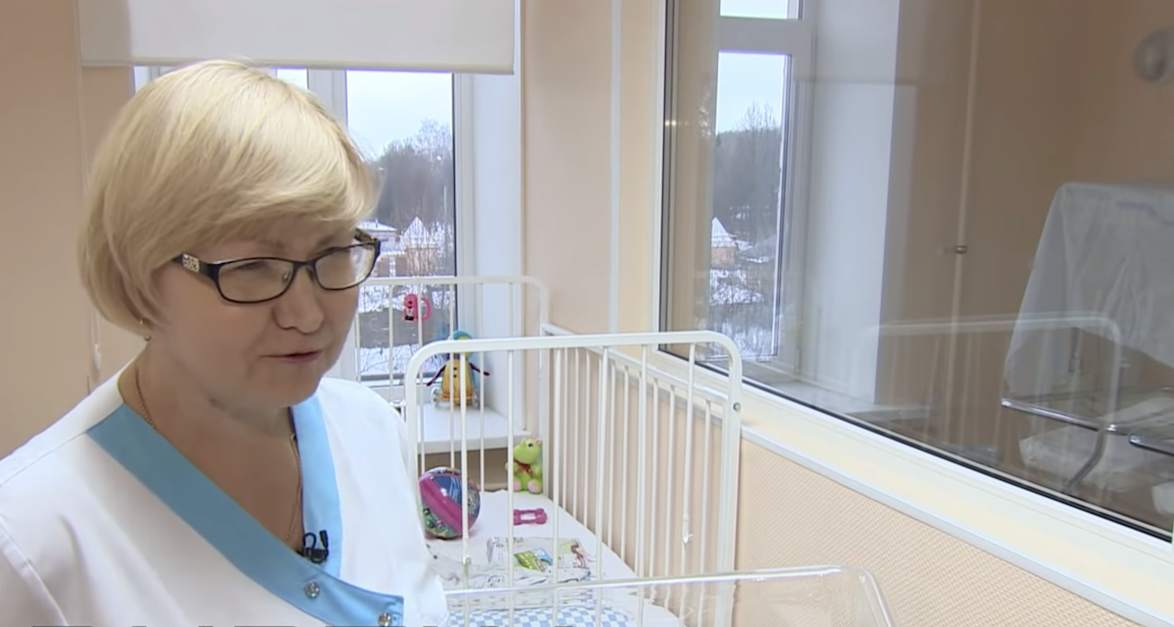 She could not believe what she was seeing, and her heart sank with worry. She had anxiously followed the distressed meows, concerned that the beloved creature was in pain or danger. She stood there ready to help, but what she discovered was not what she expected. And although she could have never imagined this could happen, she knew who to thank for alerting her of the situation. And she would never let herself forget it.

To Irina Lavrova and other residents of her apartment building, Masha was more than a stray cat. The long-haired tabby was calm and sociable, so it wasn’t long before the neighbors adopted her as a communal cat. They all fed her regularly and gave her a few friendly head scratches whenever she approached to say hello–which was quite often. But life for a street cat isn’t all that easy, especially in the town where Masha lived.

Masha lives in the city of Obninsk, located in western Russia. While summers there are relatively mild, winters can get really cold. The average winter temperature is 12 °F (-11 °C) and it snows pretty regularly. Needless to say, any animal or person who stays outside during a cold winter night is quite at risk. Luckily for Masha, most of the people in her neighborhood usually took pity on her. And 68-year-old Irina was one of them.

Irina and Masha had a sort of mutual routine. Every morning, when Irina stepped outside the building, Masha would come and say hello, rubbing against the old woman’s legs. Irina usually had a treat or two for the cat. During winters, if it was snowing or it was a particularly cold night, the woman would open the door and let Masha take shelter inside the building. But one morning in January, Irina saw Masha do something she’d never witnessed before.

Nowhere To Be Seen

That morning, Irina stepped outside the building on her way to run some errands. But this time, Masha didn’t come out to greet her. “Normally she would have come and said hello to me,” she explains. She found it quite odd but went on her way. But she had only taken a few steps down the sidewalk when she heard a strange sound. She stopped on her tracks and focused on the sound to try and hear it better. That’s when she knew what it was.

The sound was a high-pitched wail that grew increasingly distressed. To Irina, it was an unmistakable sound: it was a cat meowing. Immediately she became concerned. In all her time knowing and caring for Masha, she had rarely heard her meow like that. Perhaps it was another cat? But that was unlikely, as Masha was quite territorial so no other cats roamed the old woman’s neighborhood. Determined to solve the mystery, Irina set out to find the source of the meowing.

Irina turned around and followed the meowing, trying to figure out where it was coming from. The sound took her around her building and into the back alleys. As she rounded the corner, she spotted the conspicuous long-haired tabby coat of Masha. The cat, however, didn’t come to the woman–she stayed put. Irina feared the worst. “She is very placid and friendly, so when I heard her meowing, I thought that perhaps she had injured herself,” she recalls. Then she came closer and saw something that made her jaw drop.

Masha was inside a cardboard box, which Irina didn’t find odd at that moment. Masha loved sitting in boxes and the old woman put out a few for her every once in a while. But as she got closer, Irina realized Masha was not alone inside that box. There was another creature in there with her, and the woman almost fainted when she discovered what it was.

Inside the cardboard box, Irina found Masha curled up next to a human baby. The old woman was stumped. “You can imagine my shock when I saw her lying in a box next to a baby,” she says. Irina froze for a second, not knowing what to do. Then she snapped out of it and called another neighbor to come and help. She picked up the baby while the neighbor grabbed the box and they went inside the building. But not without Masha’s protestations.

Masha seemed to be quite protective of the baby. “She was so worried about where we were taking the baby,” recalls Irina. “She ran right behind us, meowing. She was really a rational creature.” The old woman hurried to get some blankets to warm up the baby, but when she touched him she realized he was already quite warm. That’s when she realized what Masha had done.

It was clear to Irina that Masha had deliberately climbed inside the cardboard box to keep the baby warm, and meowed incessantly as a call for help. “Clearly her mothering instincts had taken over and she wanted to protect the child,” the old woman explained. Irina and her neighbor then rushed the child to the hospital to get him checked up. Luckily, the news was good.

Out Of The Woods

After an examination by doctors, the 12-week-old baby boy was declared fit and healthy. “The baby had only been outside for a few hours and thanks to Masha … he was not damaged by the experience,” said a hospital spokesman. But the identity of his parents and the motives behind his abandonment remained a mystery–especially given how he was found.

Who Would Do This?

“He was well-dressed with a little hat, and whoever left him here had even left a few nappies and some baby food,” recalls Irina, as she wondered why someone would leave a baby alone in the streets in the middle of winter. Now it was up to city officials to try and track down the people responsible. Meanwhile, a neighborhood folk hero was born.

A Hero Lies In Her

After hearing the news, local residents hailed Masha as a hero. “Everyone in the block is very proud of her,” says Irina. “We have all spoiled her rotten by giving her her favorite food.” The story was taken up by local news outlets and it caught everyone’s attention. Masha became the most famous cat in Obninsk, and she even inspired people to help, too.

“I think the case is unique,” said a nurse at the hospital where the baby was taken. “We have received lots of feedback from other residents and sympathizers, who are willing to help, asking if food, toys and other things are needed.” Perhaps his parents will never be found, but thanks to Masha, it looks like this little boy is going to be ok.
Must Read
European Space Agency Budget Increases By 10 Billion For The Next 3 Years
Artemis 1 Finally Launches: What It Means For Space Travel And Exploration
Clam Species Presumed Extinct For 40,000 Years Has Been Found Alive