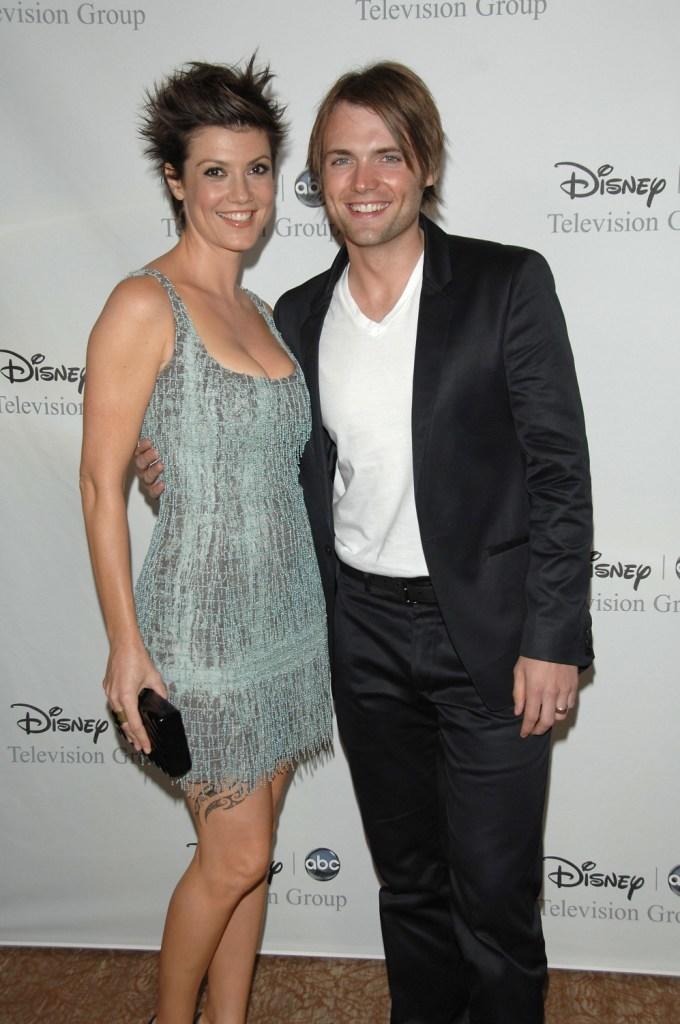 It’s the longest-running show on TV for a reason. NCIS has seen a parade of great actresses play exciting roles throughout the years. But do you know what they’ve been up to since leaving the show?

Darby Stanchfield appeared on NCIS as Shannon Gibbs, the late wife of Leroy Gibbs. Shannon and her daughter Kelly were in a car crash caused by a drug dealer while Leroy was deployed during Desert Storm.

Shannon Gibbs appeared in flashbacks throughout many seasons of the show. Meanwhile, Stanchfield had starring and recurring roles in other hit series like Scandal and Mad Men.

Emily Wickersham’s character Eleanor Bishop first appeared in season 11 of the show. She became part of the NCIS team and acted as the ranking member when Gibbs and McGee were held prisoners in Paraguay in season 14.

Wickersham continues to appear as part of the main cast of NCIS. In 2016, she was featured in one episode of the spin-off series NCIS: New Orleans.

Jamie Lee Curtis is a bonafide Hollywood star and has appeared in many films and shows before and after NCIS. Most recently she starred in the Halloween sequel, which was a blockbuster hit.

Cote de Pablo’s character, Ziva David, first appears on the show as a Mossad agent who later becomes a member of the NCIS team. She has a relationship with Tony and they have a child before she becomes the victim of an assassin.

Following her departure from NCIS, Cote de Pablo starred in the films The 33 and The Dovekeepers. In 2018 she was slated to produce a new CBS drama called MIA.

Pauley Perrette starred as Abby Sciuto, arguably the show’s most beloved character. She appeared in every episode of the series until she left in season 15.

After leaving NCIS, Perrette has somewhat stepped out of the limelight, only appearing in one episode of the show When We Rise. Although she’s been in the tabloids for her rocky relationship with Mark Harmon.

Alicia Coppola’s character Faith Coleman first appeared on JAG. She was featured in the episode “Ice Queen,” which served as a backdoor pilot for NCIS.

Coppola has had recurring roles in several hit TV shows, including CSI, Dawson’s Creek, Teen Wolf, and Sons of Anarchy. Her most recent role was as Dr. Tammy Brunner in Designated Survivor.

Jennifer Esposito played Alexandra Quinn, who was one of the NCIS team’s main members until season 14. She left the team to care for her mother who had developed Alzheimer’s.

Esposito has been a mainstay of primetime TV for many years, having had starring roles in hit shows like Spin City and Blue Bloods. She was also married to actor Bradley Cooper.

Jessica Steen’s character Special Agent Paula Cassidy was an expert on Middle Eastern terrorists, and in her last season sacrificed herself to stop a suicide bomber.

After her stint on NCIS, Jessica Steen landed a role on Canadian TV show Heartland. She plays Lisa Stillman, a charismatic horse breeder who becomes the love interest of family patriarch Jack Bartlett.

Juliette Angelo played Emily Fornell, Agent Tobias Fornell’s daughter. Emily was played as a child by Payton Spencer, then later by Angelo as a teen.

Juliette Angelo is a young actress who is just getting her career started. She has appeared on Shameless, Grey’s Anatomy, and Mad Men–for which she won an award.

Lauren Holly played Director Jenny Shepard from seasons 3 to five. Shepard was also Gibbs’ former partner and lover, and the two have a flirtatious relationship throughout her run on the show.

Lauren Holly has been featured in many television series and films, including Dumb and Dumber, Any Given Sunday, and What Women Want. Most recently she appeared in the movie The Blackcoat’s Daughter.

Liza Lapira played Special Agent Michelle Lee, who turns out to be a spy for a foreign government and meets an untimely end at the hands of Leroy Gibbs.

After leaving NCIS, Lapira starred in the film 21, alongside Jim Sturgess and Kate Bosworth. In 2012 she joined the cast of the popular but short-lived show “Don’t Trust the B—- in Apartment 23.”

We first met Margo Harshman’s character Delilah Fleming in season 11, as a Department of Defense agent. She and McGee develop a relationship and eventually get married and have twins.

Delilah Fleming is still a recurring character on NCIS’ current season, while Harshman has appeared in several movies including Toxin and Love on the Vines.

Maria Bello was cast as Dr. Jackie Sloane in season 15 of the show. She is a psychologist and profiler for the team. She also served in Afghanistan where she was a prisoner of war.

Bello continues to appear on the show as Dr. Sloane, but she has also had roles in several feature films like Lights Out and Max Steel.

Mary Stuart Masterson appears as Congresswoman Jenna Flemming of Maryland. She is the ranking member of the House Counterterrorism Subcommittee. She also offered to help Gibbs become the new Director of NCIS.

Masterson was a prolific actress before joining NCIS in 2017. She later appeared in 10 episodes of the show Blindspot and has a movie in post-production called Skin.

Rena Sofer played attorney Margaret Allison Hart who met the time while working on the case of a deceased Marine, and she and Gibbs did not get along well.

Sofer has been a staple of daytime TV, having been in The Bold and The Beautiful for almost 500 episodes. She also won a Daytime Emmy for her performance.

Sarah Jane Morris was introduced in season 8 as Agent EJ Barrett. She and Tony DiNozzo start a relationship, but she leaves NCIS after her team is ambushed and shot.

Following her stint on NCIS, Sarah Jane Morris appeared on shows like Castle and Hawaii Five-O. She then had a recurring role in the series The Night Shift.

Sasha Alexander was one of the main cast members in the early seasons, playing Agent Kate Todd. Agent Todd fell in the line of duty when Alexander decided to leave the show.

After NCIS, Sasha Alexander played one of the title characters on Rizzoli & Isles for six years. She now has a recurring role in the show Shameless.

Scottie Thompson’s Jeanne Benoit was a recurring character in several seasons. She’s the daughter of an arms dealer and Tony DiNozzo gets close to her to uncover information about her father.

Thompson has appeared in many TV shows before and after NCIS, including Law & Order, Ugly Betty, Bones, and The Closer. Most recently she was seen in four episodes of 12 Monkeys.

Susanna Thompson was cast as Lieutenant Colonel Hollis Mann, who works with the NCIS team on a few cases. She develops a relationship with Leroy Gibbs.

Susanna Thompson starred in the ABC drama Once and Again and several other series and films. Most recently, she played the role of Moira Queen in the CW show Arrow.

Zoe McLellan first appeared on NCIS in 2014 as Agent Meredith Brody. Brody was later transferred to the New Orleans office in the show’s spin-off series.

After leaving NCIS: New Orleans, McLellan appeared in several TV shows including Suits and Law & Order. She now has a role in season 2 of Designated Survivor.
Must Read
Three Indigenous Tribes In The United States Will Get $75 Million For Relocation Due To Climate Change
A New Supercomputer Simulation Animates An Incredibly Accurate Look At Universal Evolution
Genome Studies Manage To Find A New Branch Of Fungal Evolution