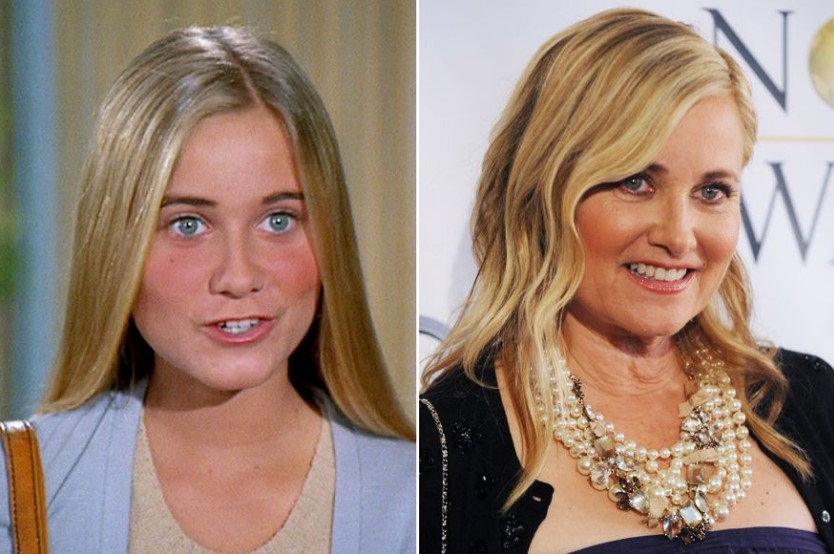 The 1970s saw a rise in successful and powerful women — many of them are still leaving their mark on the world today. We’ve tracked down the highlights of their careers and delved into where they are today.

Jacqueline Bisset rose to stardom when she played Norma Maclver in “The Detective” in 1968. In 2015, she appeared in “Miss You Already”, opposite Drew Barrymore.

Barbi’s first appeared on TV in her role on “Hee Haw”, where she performed short comic sketches, but her most popular recurring role was on “The Love Boat”. She then married real-estate developer George Gradow. They have two children.

Barbara’s fame rose as a singer in the 1960s, and then she made the transition to movies with her breakthrough role in “Funny Girl”. Her latest role is in “Gypsy”, which started filming in 2017.

Kim Basinger was a model before she made her debut as an actress on the TV series “Gemini Man”. Her latest role was in “50 Shades Darker”, the second installment of the popular book adaptation series by E.L. James.

Linda Gray’s breakthrough role was as Sue Ellen in “Dallas.” She most recently appeared in 2016’s TV series “Hollyoaks” as Tabby Maxwell-Brown.

Loletha Elayne Falana shot to fame during the 1960s as an Italian film star. In 1970, she appeared in American film “The Liberation of L.B. Jones.” Her last acting job was in 1989 — she has since retired from the limelight.

Paula Deen started her chef career by running a catering service from her home in the 1970s. Since then, she has opened numerous restaurants, published 15 cookbooks, and hosts her own cooking show.

Sigourney Weaver debuted in a minor role in Woody Allen’s “Annie Hall”. Her most famous role is as Ripley in “Alien”. She remains active, appearing in blockbusters such as “Ghostbusters”, “Hole”, and “Avatar”.

Barbara Eden’s most well-known role was in 1960’s sitcom “I Dream of Jeannie”. Now in her 80s, Eden has officially retired.

Mindy Cohn played Natalie Green, also known as Frenchie, in the hit TV series “The Facts of Life.” In 2017, she starred in the drama film “Hollywood Dirt”.

From 1974-1982, Arngrim played Nellie Oleson in “Little House on the Prairie”. Since then, she has written a memoir and is heavily involved in charity work.

Diana Ross’ fame started as lead singer for “The Supremes” in the late 1960s. Since then, she hasn’t stopped touring, and in 2016 she was awarded the Presidential Medal of Freedom by President Obama.

Catherine Oxenberg is the daughter of Princess Elizabeth of Yugoslavia and made her debut in the early 1980s. Her most well-known role was as Amanda Bedford Carrington in the soap opera “Dynasty.” She plans to release a memoir about her relationship with her daughter this year.

Dolly Parton became a household name when she released the hit songs “Jolene”, “I Will Always Love you”, and “Love is Like a Butterfly” in the 1970s. Her latest project was a re-release of “Jolene” with the cappella group the Pentatonix.

Neile Adams made her debut on Broadway in the 1950s, and she married Steve McQueen in 1956. The marriage didn’t last, but she continued to act well into the 1990s.

Daryl Hannah’s talent was quickly recognized after she appeared in “The Fury” in 1979. Most recently, she played the role of Angelica in the Netflix series “Sense8”.

Sally Fields’ career was launched by her role as Sister Bertrille in “The Flying Nun”. Her most recent appearance was in Netflix’s “Little Evil” in 2017.

Agnetha Faltskog is most known for her voice in famous Swedish pop group ABBA. In 2016 a biography titled “Agnetha Fältskog: The Girl with the Golden Hair,” was released in the UK.

Cybill Shepherd appeared in 1971’s “The Last Picture Show”, which was a blockbuster hit. In 2015, she appeared in a Christian feature film called “Do You Believe”.

Talia Shire is most well-known for her role as Connie Corleone in The Godfather films. Most recently, she appeared in a movie called “Dreamland”, alongside her son Jason Schwartzman.

In 1971, Jane Fonda received acclaim for her role in “Klute”. She currently stars in Netflix’s irreverent “Grace and Frankie”, alongside Lily Tomlin.

Pam Grier rose to fame in 1973’s “Coffy”. Since then she has appeared in the films “Jackie Brown” and “The Man with the Iron Fists”, and also starred in the series “The L World”.

Goldie Hawn first appeared on “Rowan & Martin’s Laugh-In” as a regular. Goldie is set to return for the first time since 2002 in “Snatched,” alongside comedian Amy Schumer.

Meryl Streep’s first TV movie was “Deadliest Season” in 1977. Since then, Streep has been a prolific figure in film and is heavily involved in work and promotion for charities.

In the late 70s, Kirstie Alley first appeared as Saavik in “Star Trek II: The Wrath of Khan.” Her most recent role was in 2016 in the Fox TV series “Scream Queens.”

In 1971, Ellen Burstyn received an Academy Award for her role in “The Last Picture Show”. Her most recent roles were in “Interstellar” and “The Age of Adaline”.

In the mid-1960s Julie Andrews starred in classics “Mary Poppins” and “The Sound Of Music”. She is currently filming an educational series titled “Julie’s Greenroom,” set to premiere on Netflix.

Sissy Spacek recieved attention when she starred in “Badlands” in 1973. She is mostly known for her role in 1976 horror film, “Carrie”.Her last role was in “The Help” in 2011.

Faye Dunaway started her career on Broadway, but then landed her role in 1967’s “The Happening”. She is still acting, and released two films in 2017.

Katharine Ross rose to fame after her role as Mrs. Robinson’s daughter in “The Graduate” in 1967. She continues to act today, with two new movies set to be released this year.

Lead singer of the band “Blondie,” Debbie Harry’s success skyrocketed in 1976, and she continues to release music today. Blondie’s latest studio album was “Ghosts of Download” in 2014.

In 1963, Loretta Lynn released her first album and hasn’t stopped producing music since. She is set to release another album this year and boasts the title of most awarded female country recording artist.

Samantha Fox’s first hit album “Touch Me” was released and was a smash hit and went on to be number one in 17 countries. Her latest appearance was In 2016 in reality show “Celebrity Big Brother”.

Charlene Tilton’s role as Lucy Ewing on “Dallas” is her most well-known. Her latest role was in 2017’s “Road Less Traveled.”

Cicely Tyson received critical acclaim in 1972 for her performance as Rebecca Morgan in “Sounder”. Her most recent movie role was in 2011’s “The Help”.

Teri Garr’s claim to fame was when she landed her role as Igna in “Young Frankenstein” in 1974. Today, she is National Ambassador for the National Multiple Sclerosis Society and National Chair for the Society’s Women Against MS program.

Maureen McCormick’s most well-known role was as Marcia on the beloved TV series “The Brady Bunch”. McCormick’s latest appearance was in 2016 when she placed 8th on the reality show “Dancing with the Stars”.
Must Read
Three Indigenous Tribes In The United States Will Get $75 Million For Relocation Due To Climate Change
A New Supercomputer Simulation Animates An Incredibly Accurate Look At Universal Evolution
Genome Studies Manage To Find A New Branch Of Fungal Evolution