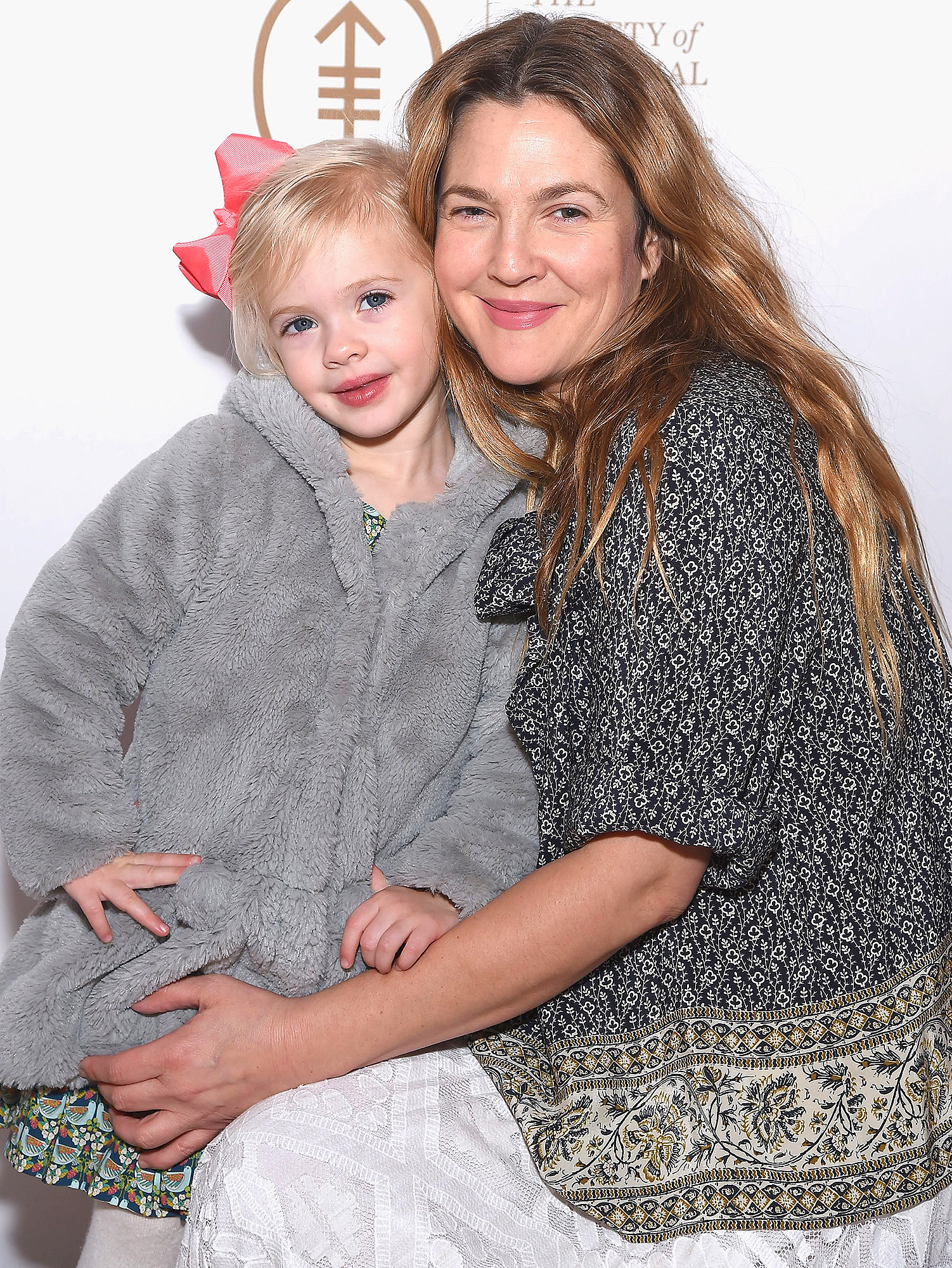 International tennis athlete Serena Williams is ranked number 1 in the world and married to the co-founder of Reddit, Alexis Ohanian. They have a beautiful daughter, Alexis Olympia, born in 2017. Does the future hold more for her daughter?

Coming from strong athletic genes, the chances are that Alexis will follow in her mother’s footsteps and become a world-renowned sports icon. But it’s too early to say and until then she is in the loving care of her parents.

With movie blockbusters such as Baywatch, Moana, and Skyscraper, Dwayne Johnson a.k.a. The Rock is a big screen sensation. With his history in WWE he used his amazing physique to help break into film… Will his daughter follow in his footsteps?

Simone Alexander Johnson has already made her début on the red carpets. For now, the socialite is concentrating on completing her studies and college. But with her pretty looks will she too venture into the world of entertainment?

Actor John Ritter, probably best known for his role in Three’s Company, died in 2003 from a supposed heart attack on the operating table. Apart from acting on television and in films, John also appeared in theatre and Broadway shows. He came from a family of actors, will his children follow?

Following his father’s unforeseen death while Ritter was a teen, he decided not to pursue acting. But after graduating from University in 2007, he worked for three years as a teacher in Argentina. Then, he decided to return to pursue a career in acting and scored the lead in The McCarthys.

Farrah Abraham, is the star of numerous reality TV series, including ‘Teen Mom OG’, ‘Celebrity Big Brother’, and her own MTV spin-off ‘Being Farrah’. She’s also made thousands of dollars from her biographical best-seller ‘My Teenage Dream’. Now, what about her daughter?

Her nine-year-old daughter, Sophia Laurent Abraham is the spitting image of her celebrity mother and is also laying the pathway to a successful film and acting career. Going wherever her mom goes, she is learning all the tricks of the trade.

John Aniston, who is best known for his role as Eric Richards in Days Of Our Lives, will always come to mind as Jennifer inherited the good looks, his enormous fortune, and what she did next.

Jennifer Aniston’s true claim to fame was cemented by the role of Rachel Green in the popular sitcom ‘Friends’. Jennifers marriage to Brad Pitt became one of the most iconic relationships of their generation.

Bette Midler’s career spans over nearly half a century, starting as a singer and Broadway actress, her claim to fame was her first motion picture ‘The Rose’. Bette is not retiring anytime soon and her daughter is only just starting.

Bette married Martin Von Haselberg and their daughter Sophie Von Haselberg is now also entering the limelight and making a name for herself in show business. Von Haselberg started becoming interested in acting because of her mother.

Actress and model Lori Loughlin, originally married to investment banker Michael Burns, eloped with designer Mossimo Giannulli and had 2 daughters. Is acting for them, or something bigger?

Olivia Jade is the youngest child and bears a striking resemblance to her mother. Olivia has a huge social media following and shares make-up and beauty tips with her followers. This socialite has truly become an influencer on her own.

Mick Jagger has been dubbed one of the most popular and influential people in the history of rock and roll. He is the founder of the Rolling Stones, had a promising career in academics but left it all for music. Will his daughter risk it all for fame?

Georgia May, barely 17, and one of his 8 children, is a fashion model and designer. Snapped up by Madonna as the face of ‘Material Girl’, She may not be a singer, but she is certainly famous.

Dakota Johnson was born and immersed in fame. From modeling to acting, her pivotal role was as Anastasia Steele in the ‘Fifty Shades’ trilogy. Following the success of Fifty Shades, Johnson has appeared more on television and in films.

Christopher Reeve is best known for the motion picture portrayal of the DC comic book superhero Superman. Christopher’s horse-riding accident and spending years of his life paralyzed spurred his son on to great heights.

Will Reeves can now be seen as a SportsCenter and ESPN contributor. Surely making his hero father even prouder, Reeve also plays a pivotal role and is active in raising awareness and support for research in spinal cord injuries.

The ultimate king of pop, Michael Jackson, had three children before his passing. His youngest, Prince Michael Jackson II a.k.a. Blanket. Unlike other stars, Michael wanted a life away from stardom for his brood. Did he succeed?

A 16-year-old Prince says he prefers to maintain a private life away from the spotlights just as his father had wanted for him… Not growing up too fast as he had himself.

Songwriter and singer Pink a.k.a. Alecia Beth Moore has been entertaining for more than twenty years now. Her gravelly voice and acrobatic performances on stage may be behind her ever-increasing popularity.

Willow Sage, her 7-year-old daughter, looks a lot like her and has already featured in at least three music videos. Like mother like daughter one would hope.

David Beckham could easily have made a career out of modeling if he hadn’t succeeded in football. But it could be said that he does a good bit of both. Only time will tell what each of his four children will do.

Instead, his son Brooklyn took that torch and started modeling at a young age. But really, with their parents being who they are, all of these kids are going to be gorgeous.

Steven Tyler, the incredibly iconic lead singer of Aerosmith, with his high voltage stage performances, powerful screams, and colorful outfits will go down in history as a rock n roll legend. What are his daughter’s odds?

Liv Tyler didn’t follow rock star father but rather her model mother. She is a famous actress in her own right. She has featured in major motion pictures including ‘The Lord Of The Rings’ trilogy.

Veteran action star Mel Gibson is best known for ’Braveheart’ for which he won not one but two Academy Awards – one for Best Director, and the other for Best Film. Which of his 9 children will follow him to stardom?

Truly born with silver spoons in their mouths. Mel’s sixth child, and carbon copy, Milo is a model and upcoming actor. How long can Milo follow his father’s footsteps?

There isn’t a household in the world that doesn’t know the iconic name, Elvis Presley. Now 41 years later we may have returned to an era of swooning to his velvety voice, or will we?

Elvis’s grandson Benjamin’s has an uncanny resemblance to his late grandfather and has already signed a $5 million, five-album deal with Universal, the world’s biggest record company. But he says his music will be “nothing like” his grandfathers.

Amy Adams, the five-time Oscar nominee, is one the highest paid actresses in Hollywood. Amy is particularly careful about her daughter being in the public eye. Is she hiding a mini-me?

Daughter Aviana Olea Le Gallo certainly has mom’s good looks. Only 8 years old now and her future is looking potentially bright. The first time Aviana was photographed at a Hollywood event was with her famous mom when she was 6.

Jeremy Irons has dabbled in movies but his heart is in the theatre, he received a Tony Award for Best Actor in Tom Stoppard’s ‘The Real Thing’. They may have produced a son even more handsome than himself.

Max is clearly a model but an actor too and doesn’t have to rely on his parents as he has made a success of himself with movies such as ‘Edward IV of England’, The White Queen, and Little Red Riding Hood’.

Reese Witherspoon has made numerous films and won countless awards including a BAFTA Award, Primetime Emmy Award, Academy Award, and a Golden Globe. Walk The Line got her a much deserved Oscar. And she truly has a doppelganger.

Her eldest daughter Ava Phillippe (18) is a social sensation, with her own success. She just recently starred in ‘The Lookbook’ for Rodarte’s Fall 2018 collection alongside Chloe and Halle Bailey

If you look at pictures of Drew Barrymore as a kid and her daughter, Olive, you can immediately see the resemblance. Drew, the child star, gained early success when Spielberg cast her in E.T. And just look at her little girl now.

Olive Barrymore Kopelman, her daughter, is growing up fast and is just as gorgeous as Drew was. Though she’s still known to throw a hissy fit like a true drama queen, her mother handles it with grace.
Must Read
Genome Studies Manage To Find A New Branch Of Fungal Evolution
European Space Agency Budget Increases By 10 Billion For The Next 3 Years
Artemis 1 Finally Launches: What It Means For Space Travel And Exploration