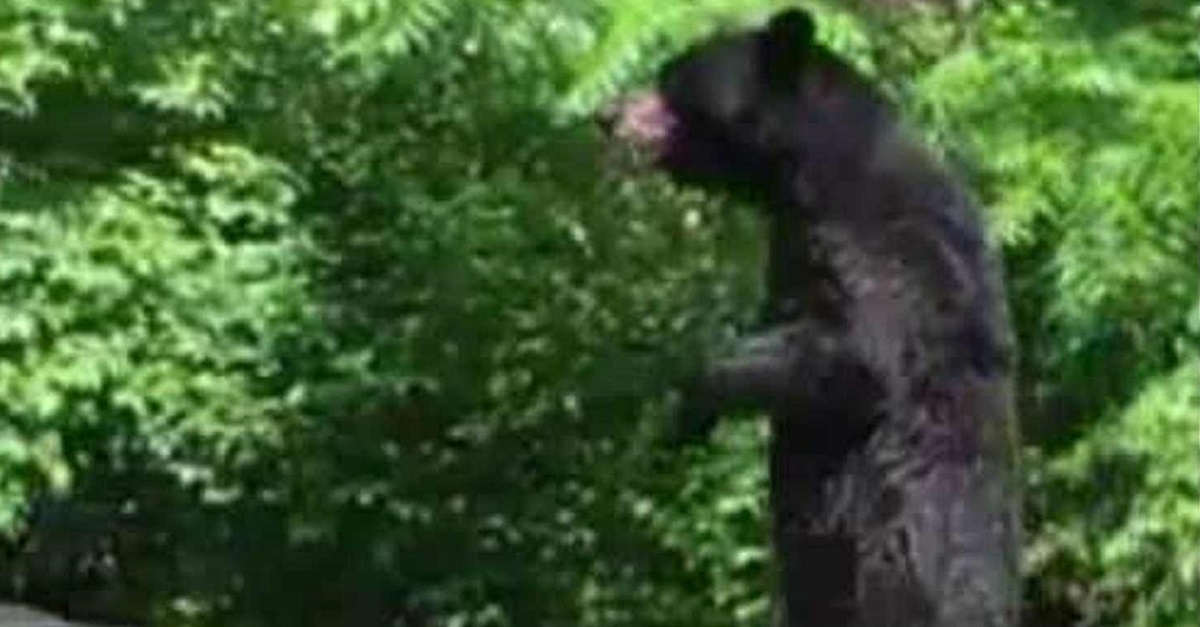 When people started calling in with disturbing tales of a bigfoot-like creature strolling through gardens on its back legs, just like a person, he laughed and dismissed it as a hoax. But what was about to take place would change not only him but the whole of New Jersey for years to come.

As New Jersey police officer all his life, Steven had come across some interesting cases. But never had he heard a story about a beast that would become such a personal figure. His work consumed a lot of his time — time spent away from the family that needed him so desperately. With a wife and small daughter at home, he needed the money to fight the battle that was looming at home.

Just Another Day At The Office

Working at a police station isn’t all high intensity. Prank callers and strange calls often came down the line. In 2014 the first call came through announcing that a bear-like figure, walking straight-up, across a grassy park in Rockaway Township, had been seen. Dismissing it as nonsense Steven carried on with more pressing police work. He couldn’t have known that this situation was about to become a high profile case.

As more and more people called in to relate the same strange occurrence he knew he had to just see for himself. A quick trip in the patrol car to the latest whereabouts of this oddity of nature and he would know the truth. Was the tale from his childhood true? Was big-foot real? Only seeing with his own eyes would make him believe the impossible.

A Need To Know

He had always loved animals. Living in New Jersey all his life he’d seen bear cubs in the woods often as a child. People swore it was the truth, but why would a bear walk like that? Was it really just a bear-suited, silly teenager running amok? Or was it something more sinister? Either way, he had to get to the bottom of this mystery.

Arriving at the location, he came to an awful realization. At the verge of a residential home, something was at odds with nature — something never before seen. What appeared to be a black bear — walking as straight as any man does. He pulled out his cell phone to record this amazing animal and noticed that this bear was special, it was not at all afraid of him. For a moment both man and bear stood stock still, finding a moment of singularity and brotherhood between them. Never had he anticipated the connection that would develop between him and this strange being.

Back at home, his young daughter was struggling. She was barely 6 years old and fighting a string of severe inner ear infections. She walked with an unusual gait too, just as the bear did. She was often called clumsy because of her problems with balance. Steven understood, only now, that something amazing was afoot. The paths of the bear and the man had crossed for a reason.

Conflicted about leaving what he had found out there in the wild left him feeling apprehensive. Something just wasn’t adding up. But Steven had to leave — he had to get home to help his daughter. He had a notion that things would get worse before they got better. But he couldn’t get the image of the strange bear out of his mind. Why was it walking like a man?

As media attention for the walking bear grew, Steven decided to keep an eye on the creature that had touched a special place in his heart. He avidly followed up on any sightings of the young bear and tried to visit as often as time would allow. Even though the fondly named ‘Pedals’, defined by his unique walking gait, was becoming famous, Steven still believed there was something about this special bear. He felt the need to protect him, but what made him feel this way? He still did not understand.

Now that Pedals was a star, more and more authorities were becoming involved and an important discovery was made. Pedals was injured. His paws were so sore that he just couldn’t bear to walk on all fours, and that’s why he had developed his human-like gait. The sweet, comical beast was incapable of living a normal bear life. Steven knew he had to do something for the bear — but what?

Steven vowed to do something to better Pedals life. He asked his wife how he could help a bear — after all, he was a police officer, not a wildlife expert. She promised to think on the matter. He himself wondered how exactly to help his beloved friend. What could he do? How do you help a wild creature? The answer was closer than he thought.

At his wife’s suggestion, Steve began to draft a petition online urging New Jersey Division of Fish and Wildlife officials to take Pedals to a safer nature reserve. The petition grew and grew and the story exploded on social media and the news. The community had grown to love this bear. Everyone wanted him to be safe and happy. But then something unexpected happened.

Steve, having to spend more and more time in the hospital, couldn’t see his idolized bear when suddenly the unthinkable happened. Pedals vanished! With Winter looming. Steven and the community at large worried that they may never see their big-foot again. Could an injured bear survive a New Jersey Winter? It wasn’t long before their fears were realized.

Just when all hope was lost that he would ever be seen again, a delighted Steven heard that Pedals had once again be sighted. Everything seemed like it was going well. His daughter was recovering from her latest infection and Pedals looked healthier than ever. But impending doom was on the horizon and no one could have foretold the terrible events that were about to unfold.

In October 2016, just as Stevens daughter suffered a crushing blow to her health, Pedals was announced to have passed away. Such a terrible event destroyed Steven’s confidence and all hope for the future. It was too much to take in. Pedals was gone, and his daughter was clinging to consciousness. But life has a way of fighting back and a glimmer of light was appearing in the distance.

Depression had truly overcome Steven. Work lost its luster and family life was always wrought with emotion. Then, thankfully, something amazing happened. A new course of antibiotics was administered to his daughter and she seemed to be responding well. At the same time, a community united and did the unthinkable to make sure that Pedals’ spirit was honored.

With over 9000 supporters coming from Steve’s petition a new law came in to play. Pedals became a black bear ambassador for all black bears. His life rallied a community to enforce a law that will see the end of bear hunts for five years and implement a non-lethal bear control program. The law is aptly named ‘Pedals Law’ and Pedals has become a hero. But the amazing news doesn’t end there.

Steven, encouraged by some good coming from the passing of the bear that came to symbolize his daughter’s plight was seeing something truly remarkable happening. His daughter had won the fight against the disease which had caused her so much pain. And just as Pedals could, she too could now walk again.

As life returned to its accustomed routine, Steve found it easier to become more involved with the wildlife around his town. He had a new passion for life and having a healthy daughter allowed him more time and finances to educate people, he just had to find out how to make his voice heard.

While Pedals had been alive he had fascinated the world with his unusual walking style. Amazingly this was his adaptation from having damaged front paws. His sweet name comes from the word bipedal, which means to walk on two legs. Just like people. Pedals had captured the hearts of an entire community, and in doing so, had changed the way black bears were seen forever.

Pedals not only ensured that black bears in New Jersey are safe, but he also showed a determination that everyone, just like Steve, should take to heart. Celebrate your differences, overcome adversity and come together to make a difference for all the beings like Pedals. But there are still more wondrous things we can learn from our brother bear.
Must Read
Three Indigenous Tribes In The United States Will Get $75 Million For Relocation Due To Climate Change
A New Supercomputer Simulation Animates An Incredibly Accurate Look At Universal Evolution
Genome Studies Manage To Find A New Branch Of Fungal Evolution