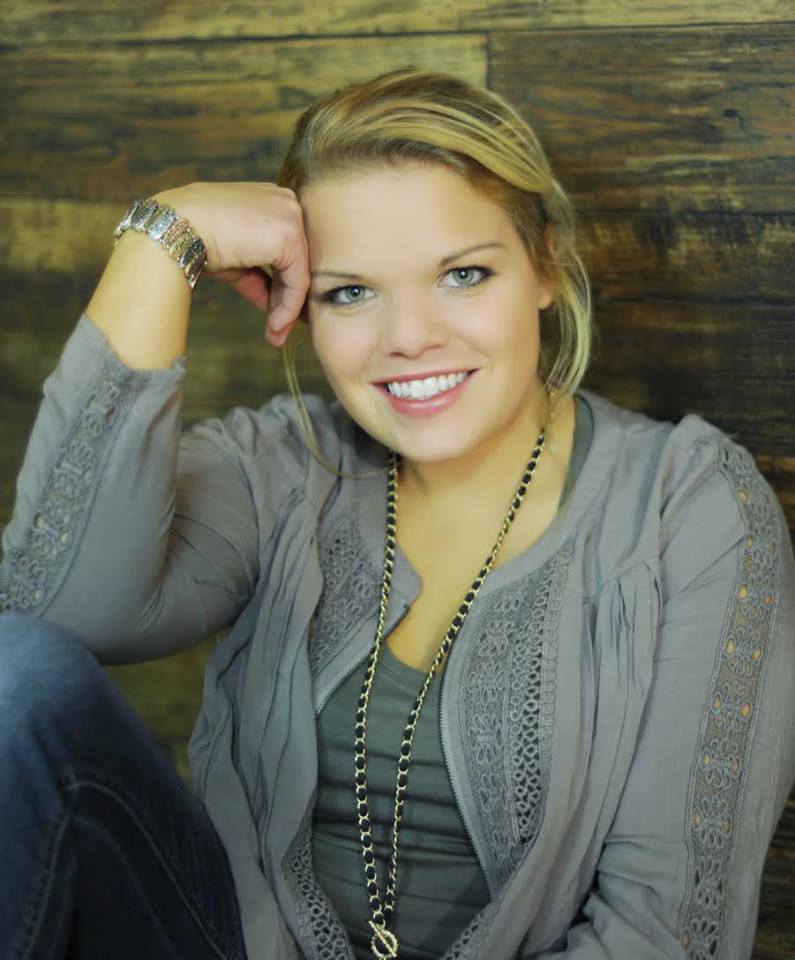 She felt a sense of satisfaction as she completed the folding. All the clothes were in a neat row on the bed. Then she noticed something odd. She snatched up the shirt and inspected it carefully. And it all hit her like a ton of bricks. She now knew why her husband was always coming home late, and she immediately pulled out her phone.

Jonna Miller lived with her husband David in Leesburg, Indiana. They had not been married for long, and their marriage had started well enough, but soon after, David started to arrive home from work later and later. Jonna noticed the change in him and started to grow worried. Day after day, she would wonder if he was still happy with his family, and her insecurities grew. Then, one day, when she least suspected it, she found her answer.

David and Jonna had started dating in 2012, and just a year later, they got engaged over Thanksgiving dinner. And the Millers had a lot to celebrate that year — Jonna was 6 months pregnant with their baby girl. Jonna gave birth to Delanie in 2014, and then — another year later — the couple decided to finally tie the knot. Little did Jonna know that married life wasn’t all it was cracked up to be.

Jonna had grown up in the town of Indiana and she joked that she spent most of her time “Telling bad jokes and creating awkward situations.” This wry humor early on prepared her perfectly for what she loved to do in her adult life — blogging in her uniquely sarcastic voice. She maintains her blog, Real Blunt Blond, to the delight of thousands of readers. But one day she shared her revelation about her husband — to the astonishment of her followers.

In stark contrast, her husband’s childhood was very different from Jonna’s life of frivolity. David grew up in an Amish community, where simple living and a distrust of modern technology is the Swiss-German religious sect’s hallmark. Jonna is amused by her husband’s quirks and has a whole section dedicated to him, called “You can take a Man out of the Amish but…” Jonna also remarked that David has become “well adjusted to his new ‘English’ lifestyle.”

David works at a nearby RV dealership, and the hours were taxing. David often arrived home from work late into the night. Jonna is a stay-at-home mom, but she still finds the time to maintain her online presence and admits in her blog that her husband’s absence often makes her feel isolated and insecure.

In 2015, after a particularly rough day, Jonna took to her blog as an outlet for her feelings: “I’m married to a hard-working man and I would be lying if I said that it didn’t take a toll on me. Sometimes he will come home after a long day at work and I’ll be waiting for him to walk in the door, so I can yell ‘you promised me you would be home at five!’ As if he would rather be working than spending time with me and our daughter.”

“I’m putting him in a lose-lose situation. He literally can’t win. If he doesn’t work late, we won’t get the new furniture set that I have to have. If he does work later, he comes home to a nagging wife who is desperate for his attention.” She continued, “I am so selfish in our marriage and I know that. But, every once in a while, I’ll have my little ‘A-ha’ moment that gives me a sense of understanding.” But Jonna was about to get a dose of reality.

One Wednesday, when David didn’t come home by the time he said he would, Jonna placed his dinner in the fridge and slammed the door in anger. She was really going to let him have it this time. Then, she heard the dryer finish its cycle, and started to fold the warm clothes. It soothed her. But all the while, she was thinking: “Why does he not want to spend time with me?” — just then, she noticed something about David’s clothes, and the truth left her floored.

She had folded the laundry and separated the clothes into two piles — hers, and David’s. That’s when she saw it and wondered why she had never noticed before — the truth about David had been starting her in the face the whole time. She looked from one pile to another, and his clothes were very different from hers. And the revelation changed the way she viewed her entire marriage.

Jonna shared her life-changing revelation with her readers on her blog, asking herself: “Why did my clothes look so vibrant, clean and new? His were dingy, stained and torn.” Then, it all clicked and finally made sense for Jonna. David worked so hard every day to provide her with all the things she wanted. And he had to work the harrowing hours just to manage her demands.

“This man provided more than I deserve. If I tell him I want something, very seldom will he tell me no,” she explained. Then, Jonna felt another emotion hit her, like a tidal wave. Her husband was making do with his old and worn clothes while he made sure she always had new and expensive ones. The guilt wracked through her, and she started to cry.

“I get spoiled with the fruits of his labor and he is okay with a pair of torn boxer briefs. I was acting as if he was out partying with his friends, but his laundry told a completely different story.” And the part that brought her to tears was that David never complained or expressed any resentment towards her. “His heart is full when he walks in [through] the door and our daughter runs for him excitedly yelling, ‘Dada!’

After Jonna’s life-changing realization, she resolved to strive to become a better partner for David. Every time he would arrive home late from work, instead of getting angry, she would remind herself of the sacrifices he was making for his family. And she encourages her readers to think twice before resorting to feelings of anger towards their hard-working husbands.

“Sure, I miss him and want to spend time with him throughout the week, but I have realized he is offering me the most beautiful form of love there is… He works to give our family everything we need. He works so his wife and daughter don’t go without, even though there are times I’m sure he does,” she wrote.

Jonna’s experience and random observation lead her to admit that her feelings of loneliness and resentment towards her husband were completely unfounded. She had some good advice for her readers, too: “If you have a hard-working man in your life and you can’t comprehend how much he loves you… Do his laundry.”

Jonna’s post on her blog struck a chord with many of her readers, and the truth hit home for one commenter in particular: “This is an amazing reminder. I used to stay home with our daughters when they were little, and I used to feel horrible doing the same thing. This is an awesome perspective to carry.”

Jonna continues to maintain her blog, even though she is kept thoroughly busy by parenthood. Her blog, Real Blunt Blonde, has many witty and sometimes hilarious posts about family life. Many of Jonna’s posts also discuss David’s Amish background, and these have proved to be a huge hit with her readers as interest in the culture grows.

“I’m not Amish but my Husband is” is just one of Jonna’s popular blogspots. She discusses her relationship with David and describes what happened when she met his parents. It also reflects on the naive misconceptions she had had before getting to know the Amish better, and Jonna constantly takes jabs at herself with her wry humor.

Jonna also writes extensively about motherhood, and she shares her insights into parenting from her firsthand experiences with Delanie. Jonna battled with what she referred to as the “terrible twos” in 2016 and was exasperated by her rebellious daughter. Jonna titled this piece “I Graduated at the University of Toddler Town and Majored in Defeat,” and describes the trying time in hilarious and painful detail.
Must Read
Genome Studies Manage To Find A New Branch Of Fungal Evolution
European Space Agency Budget Increases By 10 Billion For The Next 3 Years
Artemis 1 Finally Launches: What It Means For Space Travel And Exploration