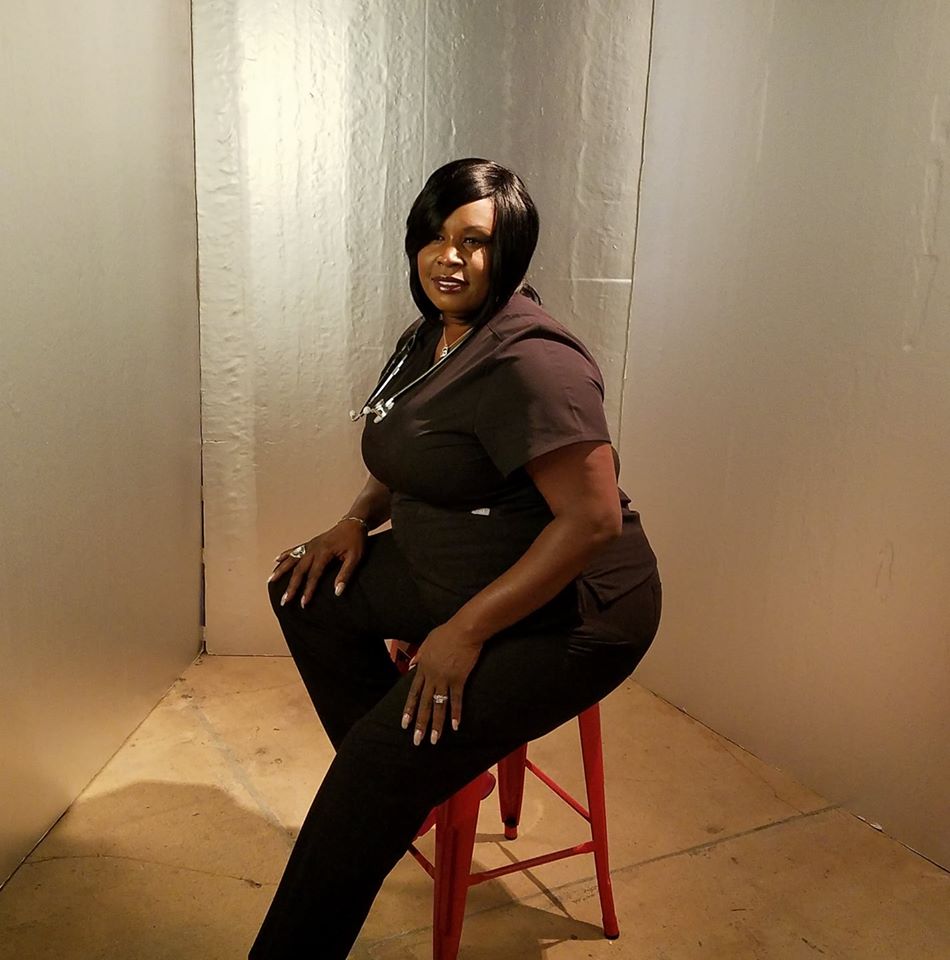 He received a call from his parents, they were in complete awe of the woman who was taking care of his mother. She was kind-hearted and went beyond the job of an ‘aide.’ He had to meet her, and when he did, she began to tell him a jaw-dropping story that reduced him to tears. As he looked at her, something instantly clicked. His life as he knew it was just about to change, and all because of something that had happened years ago.

Tunde Hector from Bogart, Georgia, was having a rough time. She had recently filed for divorce from her husband and was picking up the pieces of her life slowly. Life was not all sunshine and rainbows, but she knew that God would lead the way for her. Little did she know, he had some grand plans for her up ahead. Still, Hector’s days went from bad to worse.

She was struggling to make ends meet. Every day was an uphill battle, and she prayed for a miracle. But this day had turned into a nightmare. Rain poured down with a vengeance, and she knew that if she wanted to lift her life back up, she had to go to work. She never finished her bachelor’s, but she did become a nurse aide at a hospice. She loved taking care of people, but still, the $5 in her pocket couldn’t get her very far. As she was driving to work, her car stopped. She couldn’t believe it, her car had run out of gas, and now, she was stranded. There was only one thing she could do – walk to the nearest gas station. Little did she know, someone had seen everything that had just happened.

In 2014, Chris Wright was driving with his family to church when he came across a stranded car on the road. And up ahead there was a woman walking in the rain. Her car had broken down and she seemed to be in search of the nearest gas station. This woman was Tunde Hector, but of course, Wright didn’t know that at the time. He continued on his way, but as he got to his church – The Cornerstone Church, in nearby Athens. He dropped off his family and got back in the car. He felt compelled to do something.

Wright went back to help the woman out. He drove up to her and asked her if she needed help. Hector was desperate, she was already late for work and now, this had happened. She felt miserably down on her luck. Wright had always been brought up by a particular quote from the bible. “Do unto others as you would have them do unto you” – Matthew 7:12. He knew exactly what he had to do. Still, he had no idea this incredible act of kindness would have repercussions for him years later.

Drenched in water as rain poured down with more vengeance, Hector accepted the ride to the gas station from Wright. The drive was not long — a mile and a half away — but it gave these two strangers plenty of time to talk and get acquainted with each other. Funny enough, Wright and Hector were part of the same church, The Cornerstone Church. They shared their views on faith and Hector also opened up by telling him the dark times she was going through. Wright was about to do something that turned Hector’s luck around.

As he heard her story, Wright couldn’t feel more compelled to her this poor woman who was struggling. Not only did he take her to the gas station, but also offered to pay her gas. As tears filled her eyes, she accepted his offer as she only had so little that it wouldn’t also be enough to fill her tank. She couldn’t believe what an angel Wright was. But this wasn’t the end of her miracles.

Wright took her back to her stranded car and helped her get settled. He ensured the tank was fueled up to get her where she needed to go. But he couldn’t leave it just like that. He felt connected with Hector in so many ways, he knew everyone dealt with their own periods of darkness, but if he could be of any help, he wanted to bring a little light to her day. He reached into his pocket and got his wallet out. At that moment, Hector couldn’t believe it. Wright really was a miracle who had been sent to help her. Wright emptied his wallet and gave her all the money he had on him. They both exchanged hugs and said their goodbyes. But years later, disaster struck for Wright.

In 2017, Wright’s parents moved to Georgia to be closer to him. Judy, his mom, was battling Parkinson’s disease, but only one month after their move, her condition worsened rapidly. Judy fell ill, suffering complications from her ongoing disease and she required round the clock medical attention. Judy’s husband, Wright’s dad, had been helping her for years. But now, the situation had gotten a lot worse, and they needed professional help. They went ahead and hired a nursing aide, but when the day came, the nursing aide had canceled, and someone else showed up.

Another aide showed up to their home and introduced herself. She had experience with people who suffered Parkinson’s disease and could be of great help to Judy. Judy and her husband were in complete awe of this woman, she knew exactly how to care for Wright’s mother and not only that, she was heart-warming and always had a smile on her face. They were in complete love with her and all she was doing for Judy. Judy’s husband called Wright to tell them they had found a perfect aide for her and that he had to meet her. Little did Wright know, this was about to become a blast from the past.

“My dad called me after she leaves and said, ‘Hey, I got a lady that we need to use because whatever it is, there’s something different about her that I feel better when she’s in the house, and your mom loves her as well” And I said, ‘Oh, great.’ I texted her and set up a time for her and I to meet to talk about the times she can care for her and what we wanted to have done.” Wright told Good Morning America. But then, the day came when both aide and Wright met. They started talking, and at first, they didn’t recognize each other. Then, the aide told him something that made him gasp for air.

Hector recounted a story ​a couple of years back of a man who helped her when her car had run out of gas. Wright immediately got emotional. “I just looked at her, and I said, ‘Tunde, that was me.’ And we both just start crying. And she said, take your hat off. And so I took my hat off, and she said, ‘It was you.’ And we both, we just cried and had a moment right there,” Wright said. Both of them were so emotional they couldn’t believe what had just happened. They had found each other years apart, a miracle of sorts. But then, disaster struck.

Just a couple of weeks after their encounter, their bond was more prominent than ever. But Judy, Wrights mother, was getting worse and worse. Her disease had inhibited almost everything, and she was losing her battle. Hector stayed by her side every day and every night until one day, on July 9th, she passed away. Judy Wright was an amazing woman with an incredible heart, so it was no surprise what she wanted her blessing to be.

Judy’s motto in life was, “Always do something that is going to last and matter.” So instead of sympathy cards and flowers, she wanted those who attended the funeral to contribute towards something incredible. Hector didn’t know just how amazing this contribution would really be.

Wright knew exactly what his mother would have wanted. Knowing Hector’s dream, he set up a donation link for her to pursue her career – to become a nurse. Hector had always wanted to finish nursing school, but hardships in life had gotten in the way of her getting her bachelor’s degree. He started a fundraising drive on YouCaring, where he went on to explain the fantastic story. Little did they know, their story would be spread across the world.​

The YouCaring website shared what they thought of Hector; her kindness and loving spirit. “Tunde exudes joy and lives every breath to serve people as she was designed to do by our Heavenly Father. To know her is to love her and we are all in awe of how God worked so miraculously for our paths to cross again when we needed her most.” Their story was getting a lot of attention, but they never expected to get a call from someone so incredibly special.

Through the YouCaring website, they provided a goal to reach: $1,000. Astonishingly, their goal was achieved within 45 minutes of the site going live. Not only that, people were donating from everywhere, surpassing their initial goal. In just less than a week, they had raised $8,000 for Hector’s studies. But when they presented Hector with the news, the check contained more than $20,000! Donations kept flowing in, everybody was so very moved with their incredible journey together. But still, one amazing surprise awaited them.

It was no surprise they had been on headlines and had been viral for weeks on end by their faith and adventure together. But then, one day, they got a call from the producers of the Ellen DeGeneres show, they wanted them to go on live tv and tell America their story. They prepared themselves for an amazing day on “The Ellen Show,” but they had no idea what Ellen had planned for that day.

Ellen was so incredibly intrigued by their story – A man who had stumbled upon a woman in need, going back out of his way to her help. Later, three years after their encounter they are reunited happily as she helps his mother battle disease, and then is there for her when her days were coming to an end…Ellen knew she had to do something to contribute, and of course, as she always does, did it in such a grand way – a check for $10,000.

“It’s just amazing what’s been done,” Wright said. “It’s a neat thing. It’s helped my wife and I, it’s almost like the Lord has used all this to somewhat take some of the stings​ out of the grief of losing my mom.” He continued to say. In the YouCaring page, a quote stood out: “Do not neglect to show hospitality to strangers, for by doing so some people have entertained angels without knowing it.” – Hebrews 13:2. It’s clear their story contains heartbreak and chance encounters, but it also reminds us that we should all try to help those who need us. We never know when we could need them.
Must Read
Genome Studies Manage To Find A New Branch Of Fungal Evolution
European Space Agency Budget Increases By 10 Billion For The Next 3 Years
Artemis 1 Finally Launches: What It Means For Space Travel And Exploration