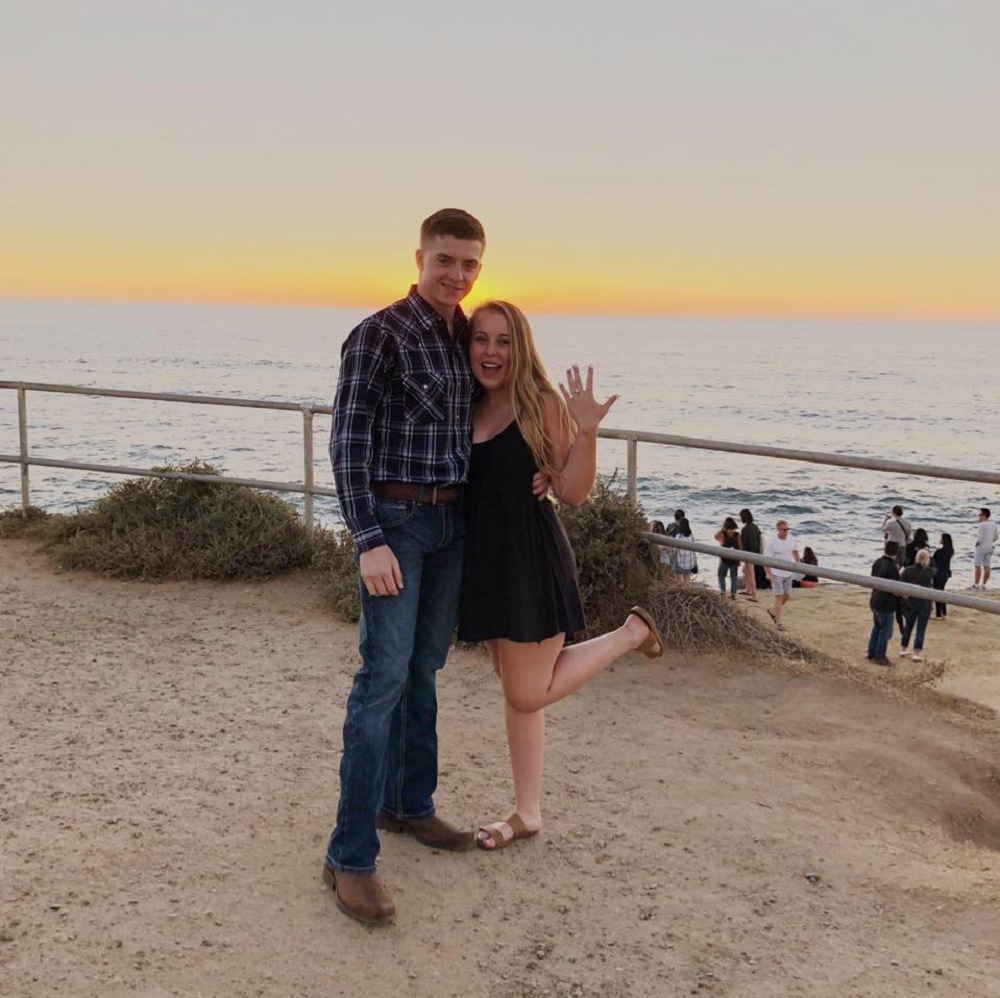 All eyes stared at her. The crowd screamed and roared. She felt her blood rush to her cheeks as she looked to her friends for help. They all backed away. Was this a nightmare? Had she forgotten to wear pants? When she finally looked down, her heart stopped.

All eyes stared at her. The crowd screamed and roared. She felt her blood rush to her cheeks as she looked to her friends for help. They all backed away. Was this a nightmare? Had she forgotten to wear pants? When she finally looked down, her heart stopped.

Every time Ashley Adamietz watched the 2012 Olympics, she was hooked. She watched the flips, twirls, jumps, and backflips. She was in absolute awe of the athletes who managed to do things with their body that should have been impossible. Her mother had already enrolled her in ballet and horseback riding classes. She hoped Ashley would follow in her footsteps. But she had some sad news to break to her mother.

Ashley liked ballet. But she wanted something with more of a thrill. Ballet was controlled. She wanted the freedom that horseback riding gave her. She dreamed of leaping gravity-defying heights and contorting into different shapes and poses. She wanted the excitement, and when she explained this to her mother, she surprisingly understood. But neither of them ever expected their lives to change so dramatically.

Ashley started gymnastics late. Many children start as young as three to train for the Olympics. She was already behind in the class, and the others knew it. But Ashley didn’t aspire to be a gold medalist like the others, she just loved the sport. She heard their giggles as she struggled to do a cartwheel. Her balance was off and her limbs were weak. Their instructor was sure she wouldn’t make it through the first month. But Ashley loved a challenge.

Soon, Ashley began to excel. She jumped higher, spun faster, and flipped better than any of her peers. Her limbs became strong. She was a natural. She had never felt so healthy and fit. She ate well and trained hard. But unfortunately, Ashley wasn’t destined for greatness. She was destined for some horrifying news.

Unsurprisingly, Ashley joined the cheer team at Foothill High School in Palo Cedro, North California. She quickly became an outstanding member of the squad. However, that year she was diagnosed with chronic myeloid leukemia. After the doctors said the word “cancer,” her ears stopped working. She had just turned 18. She was healthy. But her world was about to be turned upside down.

Chronic myeloid leukemia is a condition generally contracted by middle-aged adults. The condition affects the white blood cells within the body’s bone marrow. Ashley had been weak for months. She had lost weight and no matter what her diet, she constantly felt run-down. She thought she had a deficiency. Maybe she was just stressed from her senior year. But cancer? She couldn’t believe what was happening.

The average age of chronic myeloid leukemia sufferers is 64-years-old. Unfortunately for Ashley, she was a special case. Her doctors quickly agreed on the best course of treatment for the young woman and wasted no time administering it. She was young, fit, and strong, so they were confident that she would make a full recovery. Nevertheless, Ashley did her best to keep her diagnosis secret. However, bad news spread fast around her small town.

Ashley wanted to live a normal life. Sure, she had cancer, but that didn’t mean that her life had to be any different. She still went to school and cheerleading practice. She still did her chores and kept up with her studies. But as news spread of her ailment, she noticed the stares. She refused to let anyone treat her any different. But she couldn’t always have a say in how others acted around her.

Ashley was excited to cheer at the first game after her diagnosis. It made her feel like a normal high schooler. And she was delighted to get back to doing what she loved. But when she pranced onto the field in her white, black, and red uniform, she was met by prying eyes. “What’s going on?” She asked her squad. As they made room for the football team approaching, her skin flushed red.

One by one, each member of the Cougar’s football team approached Ashley with an orange rose, then laid them at her feet. What was happening? Then, something clicked in her mind. An orange ribbon promotes leukemia awareness across the world. The team had obviously done their research. Had her mom put them up to this?

Turns out, the Cougar’s team captain was hit hard by the news of Ashley’s diagnosis. Ryan Caetano was no stranger to the hardships of cancer after his mother had battled breast cancer a few years prior. Thankfully, she recovered. But Ryan knew the reality of the treatment Ashley was facing. But no one ever expected him to do this.

“Ashley’s part of the Cougar family. So why not let her know that we’re all here for her?” Ryan later explained. “I wanted to let that be known to everybody and especially for her, for what she’s going through.” Ryan has been described as shy by his teammates, so his actions came as a shock to everyone. But his mother was beyond proud.

Courage, honor, spirit, and skill—the Cougar’s chanted this mantra before and during each game. But it was only now that all the students realized the power in those words. When Ashley received a text from her friend about having to be on the pitch a few minutes early, she thought nothing about it. Maybe they wanted to run through the routine one more time before the game. She never expected them to go to such an effort. But the story didn’t end there.

Videos of the thoughtful gesture were uploaded by the students of Foothill High School. Understandably, users across Facebook, Twitter, and YouTube couldn’t get enough of the heart-warming moment. The online community has liked, commented, and shared their praise for the students at Ashley’s school. The video has since gone viral. But what did the school’s faculty think of this disruption before the big football game?

Joey Brown, Football Hill’s football coach, has had his own say on the incident. “To see our players do something like that for one of our own—we were proud coaches, proud fathers, and proud fans that night. Our players are leaning how a simple act of kindness can really impact millions.” He shared. And Ashley wasn’t the only who was touched by the thoughtful gesture.

“We had to check our emotions,” Joey went on to admit. As a coach, he had to rein in his reaction but understandably, a few tears may have fallen. “We’ve always worked long at developing character.” Thankfully, the time he’s spend at instilling kindness into the minds of young adults has paid off. And Ashley was the first to admit it.

Ashley knew she was facing a tough year of treatment. And on top of that, she wanted to keep on top of her studies and do the thing she loved—cheering. Some days were harder than others. But it was her friends and family that helped her get through it. Days like that day reminded her that she wasn’t alone. So, she shared her reaction online.

“I was shocked, overwhelmed, and overall speechless. I can’t thank you enough for making me cry tears of joy. I love you Foothill High School.” Ashley posted online. Now 20-years-old, Ashley has admitted to re-watching the video from time to time. And who can blame her? The moment is one she will never forget. But there other moments that Ashley has since been grateful for.

That same year, Ashley managed to make a full recovery following months of chemotherapy treatment. Over the last two years, she’s been completing her bucket list. And more surprisingly, her long-term boyfriend proposed! It appears that strength and positivity really do work wonders. But how could she ever repay her schoolmates for their kindness?
Must Read
New Study Suggests Teacher Evaluations May Perpetuate Academia's Gender Biases
Rare Earth Elements Can Potentially Be Pulled From Coal Waste
United Arab Emirates Names Oil Chief To Lead Upcoming Climate Change Conference