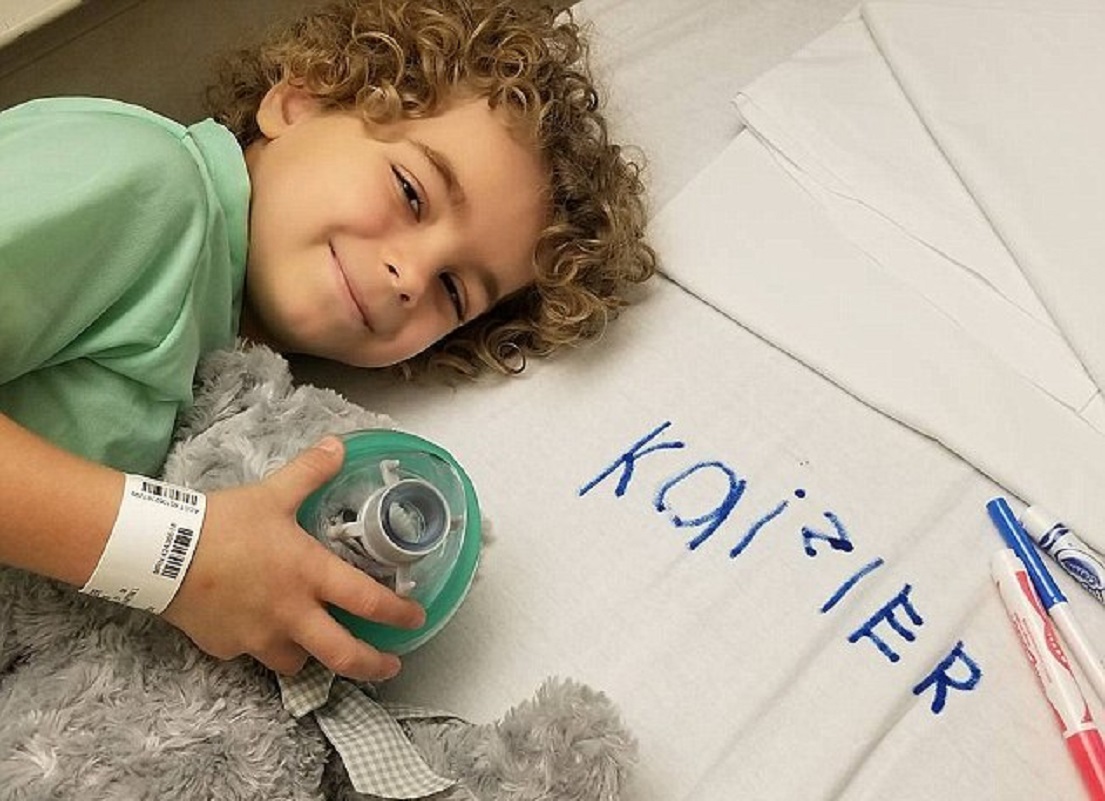 When you get a text from a wrong number,​ you would probably just ignore it or explain to them that they texted a wrong number and move on with your life. Sadly, there are also a lot of people who tend to mess around with these texts, provoking the sender. But one father, Tony Wood, was sitting at home with his children when he got an unusual text message on his phone. Little did he know, this was about to change the course of his life.

Tony Wood was no stranger to receiving phone calls and texts from unknown people. He had recently attained his realtor’s license and moved to a new area, so when an unknown number appeared on his home screen, he didn’t think much of it. Then, he opened the text. A young woman is seen wearing a formal dress and asked for the opinion on how it looked. Wood had an ingenious idea on how to respond.

When he saw the picture, he instantly knew this young woman was probably trying on dresses for a momentous​ occasion. Instead of trolling with the young girl and being cruel, he decided he wanted to do something that would never be expected. He texted the girl, Syd, back with a response that only spread happiness.

​He started his text by telling the sender that he had received the message in error. But still, went along with it and told her that his kids approved her look. He gathered his children together and showed them the picture, he knew Syd looked good in her dress, but he didn’t want to sound like a creeper, so he got everyone involved except his wife who was not home. Wood squeezed his five kids in a picture and snapped away. The picture came out perfectly, and it was sent to the mysterious sender. But, that, of course, was not the end of the story.

Time passed, and still Wood hadn’t received a reply. He didn’t think much of it and just hoped that the girl, Syd, had had a good laugh. A couple of weeks went by and still nothing. Until one day, he was looking through twitter when the same picture of the girl got his attention. A friend of Syd had posted screenshots of their conversation, ​and it quickly became viral. The moment he saw what it was about, he knew he had to take part in the thread. “Oh, this is cool! The kids are Twitter famous!” Wood was thrilled it was gaining traction and thought, “Hey, I’m gonna say hello!”

Wood introduced himself and let everyone know he was the stranger who had received the text and sent the response. He posted in the thread and told Mandi who he was. But this did not just end there. Wrong-number texts are too popular of a subject around the internet which quickly turn into laughing material. But this story, in particular,​ was not this kind. What happened next made Wood realize the power of social media.

Wood went to explain that one of his kids was missing from the picture. His son Kaizler, who was with his mom Rachel was not photographed or part of the epic initial conversation. He explained that his little boy was at that time being treated for Leukemia and the why he was not in the picture with Wood’s wife was because he was in the Chemo Clinic. Kaizler was diagnosed in 2015, ​but it all started with some initial testing to rule out a simple infection. Then, his primary care physician came back with awful news.

They got a call soon after they first went to the doctors with Kaizler. The doctor told them they needed to take him to the hospital to run some tests. They thought he might be anemic, but then, “A couple of​ hours after that, the hospital called and advised us to take him to Children’s Mercy ASAP,” Wood said. “They told us that he either had a severe viral infection, or he had Leukemia. We have never prayed so hard for a severe viral infection in our lives.”

On the 24th of December, the Wood family got some dire news. Their little boy had Leukemia. “There have been some major trials since then,” Wood said. “Several bouts of pneumonia, hospitalizations due to low IGG levels, silent seizures which led to him being life-flighted back in 2016. Through it all though, we know God is with us. He has shown himself to us on several occasions, and we trust that He will pull us through.” But the family could have never known what was about to happen next.

As the twitter thread continued to go viral, a stranger joined the Prayers for Kaizler Facebook group. This stranger took the initiative and tweeted out the GoFundMe link that was set up on Kaizler’s page. The GoFundMe page was set up to help the Wood family out with medical expenses. But it didn’t just stop there. The image of the Wood children giving their thumbs up in approval for the young girl’s dress caused such a commotion that now; everyone wanted another thumbs up from Kaizler himself. “A couple of people had asked for a thumbs up from Kaizler,” Wood said. “So, I thanked him for his consideration and posted a picture of Kaizler giving a thumbs up.” And that is precisely​ what he did. Another thumbs up for the team. But after that is when things started to stir up.

“We told the kids they were Twitter famous and, while they thought that was cool, we didn’t get a big response mostly because they don’t exactly know what Twitter is,” Wood said. “The bigger kids have heard of it, but we try to keep them limited on things like social media. What shocked us was the growth of our GoFundMe account.” Little did they know what this meant f​or the Wood family.

The GoFundMe page piled up with messages of support and incredible donations. People were really moved by all of it, and more so, when it all started with a text from an unknown number. “Donations started coming in, ​and my wife and I were amazed at people’s generosity,” Wood said. “I remember tweeting about how the GoFundMe had received an extra $1,000! We were so excited — that $1,000 was going to be a BIG deal for us in our current situation.”

In just under twenty-four hours, the page had received more donations than it had in two years combined. The family could not believe their eyes, and Wood took to Facebook and spread their joy. “Our minds were blown, tears had been shed more than once,” Wood said. They had surpassed their goal of $10,000 reaching a staggering amount of $56,000! To say they’re overwhelmed would be an understatement.​

Kindness Is A Virtue

“I can’t even begin to tell you what this means to us, what this means for us,” he told Love What Matters. “We have an amazing support of friends and family. The prayers have been non-stop, people have given their time and energy to help us in whatever ways they can. I am humbled by the generosity and outpouring of love we have received by the people we know, and by people we’ve never even met.”

It is incredible to believe this all started by a simple wrong-number text that blew up on twitter! “It is so refreshing to be reminded that there are good people in the world who still care about others and are quick to be generous and kind to others,” Kaiser’s mom told Bored Panda. “I would also like to thank EVERYONE from the bottom of my heart for all the kind words, all the prayers, all the donations, all the love, and support. We honestly would never have been able to make it this far in our journey without every single one of you!” The little Wood boy still had a long road ahead of him, but he is stronger than ever and more so with so much love and support!
Must Read
Three Indigenous Tribes In The United States Will Get $75 Million For Relocation Due To Climate Change
A New Supercomputer Simulation Animates An Incredibly Accurate Look At Universal Evolution
Genome Studies Manage To Find A New Branch Of Fungal Evolution