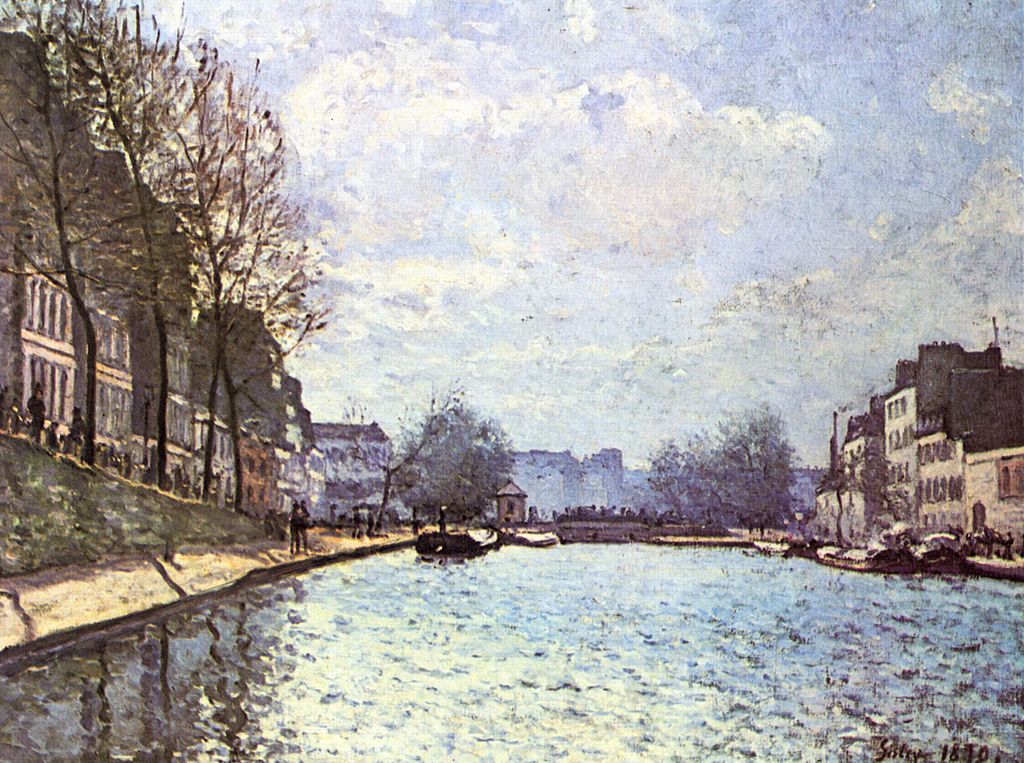 When Paris authorities geared up to empty the 5 km long Canal Saint-Martin in the 2016 cleaning operation, they knew they’d find tons of waste and discarded items from the past 15 years. But the public knew it was much more than that, and they crowded along the banks to witness hidden treasures being dragged out of their watery grave. Twenty-three years after the Canal Saint-Martin had been commissioned, it was finally finished in 1825. It had been commissioned by then soon-to-be Emperor Napoleon, and at the time, the ever-growing population of Paris was at 550,000 people. The booming population brought with it diseases like dysentery and cholera, but Napoleon had come up with a plan to curb their spread — fresh water.

Napoleon had hoped that a supply of fresh water would clean the streets as well as stop the spread of disease. Construction of the canal began after a new tax on wine had been implemented, and when it was completed the network included Canal de l’Ourcq, the Canal Saint-Denis, the Bassin de la Villette, and the Canal Saint-Martin. But the last one made the most impact.

The Place de Stalingrad connects to the Canal de l’Ourcq via the Bassin de la Villette, and then flows South and through three tunnels. One of these tunnels flows underneath the historic Bastille prison. The canal then merges with the River Seine through the Port de l’Arsenal. The ports were what made this canal so impactful on Paris’ economy.

The supply of fresh water from the canals was not the only benefit they brought after construction. Boats were now able to pass through the city through the two newly created ports, and they brought supplies of food for the city’s inhabitants. This had a knock-on effect of revitalizing trade and was a boon to the economy. The canal’s main purpose today is to attract tourism and leisure.

The canal’s bridges and locks are now flooded by tourists who seek to take picturesque photographs, but the locals have created a cultural hub along its banks. Bourgeois bohemians, or “Bobos”, congregate in the nightclubs and cafes in the area. They are progressive, young, and wealthy Parisians, but the problem with large crowds is that they bring waste with them.

Paris officials quickly realized that in the 20th century, the canal would need to be drained and cleaned at regular intervals to keep it in working order. Now, a massive operation is underway to empty the canal and clear the debris and trash away, and it is undertaken every ten to fifteen years. People always flock to see the curious sight, and this year was no exception.

In 2001, the last time the canal was emptied, the list of curiosities that was hauled out was astonishing. Among the staggering 40 tonnes of trash, they retrieved a car, a washing machine, gold coins, safes, and most surprising, two 75 mm shells from WWI. Now, fifteen years later, people were clamoring to see what would be pulled from the canal this time.

The work on the project started on the 4th of January, 2016. The entire undertaking would take three months and cost more than $10 million. The 3 million cubic feet of water would have to be completely drained, but first, they had to make sure the fish were evacuated. So the canal was drained down to just 20 inches of water, and then three days were spent fishing.

The carp, bream, and trout in the canal were all taken to different sections of the waterway for their safety, and then the next step was to drain the water completely. The spectacle began on January 7th, and it drew a crowd of hundreds who were eager to see what would be revealed on the mud-caked bottom.

The objects appeared to be what was expected at first — beer and wine bottles, shopping bags, traffic cones, street signs, and umbrellas. On closer inspection, there was a hidden treasure trove of oddities. A vintage stereo, a fire extinguisher, a doll’s pushchair, and even an abandoned toile were all uncovered on the muddy bottom. There was no car this time, but there was another mode of transportation that made up for it with sheer quantity.

The most common item that was dredged from the canal was the most surprising — bicycles. In 2007 the city started an initiative called Vélib which would hire out bicycles. The system then caused an influx of more than 14,000 bicycles in the city, but it appears that many of them ended up at the bottom of the canal. The locals were astonished.

Local resident Marc told The Guardian: “It’s like some kind of weird submarine treasure… I just can’t believe the quantity of Vélibs in there. I guess they were stolen and thrown in afterward. It’s bizarre.” But other residents were more horrified by the huge volume of trash littering the canal.

54-year-old local Bernard believes that the problem of litter is worsening, and claimed to have been present for the draining of the canal in 2001, fifteen years earlier. “That’s Paris for you, it’s filthy,” he said. “The last time, I don’t remember seeing so much rubbish in it. I despair. The Bobos are using it as a dustbin.” However, the government is all too aware of the issue.

Rallying Behind The Cause

Paris’ deputy mayor Celia Blauel using the interest of the public in the cleansing project as a platform to spread awareness. She said in an interview: “If everyone mucks in and avoids throwing anything into the water, we might be able to swim in the canal in a few years.” The canal is of enormous significance, and there is a good reason to keep it clean.

Today, the canal hosts a large multimedia art space at 104 rue d’Aubervilliers, as well as numerous and elaborate works of graffiti art. The Canal Saint-Martin has served as inspiration and muse for many artists, such as impressionist painter Alfred Sisley. His work can be viewed at the Orsay Museum. The canal has also been featured heavily in many award-winning movies, such as Amélie. It is clear that the canal is an integral part of Parisian culture, and it has been since its completion in 1825.
Must Read
Human Geneticists Finally Apologize For Horrific Past Experiments On Humans
The World Is Now 90 Seconds To Midnight
New Study Suggests Teacher Evaluations May Perpetuate Academia's Gender Biases