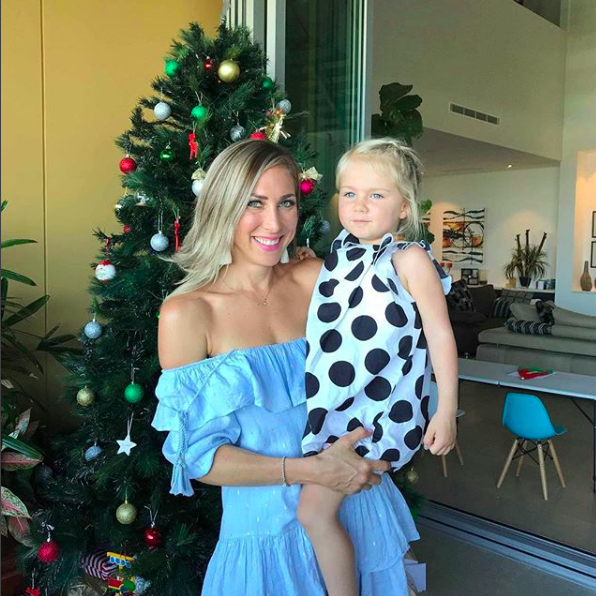 Countless people had told her that what she was doing was wrong. They said it was misguided and even harmful to her child. The messages poured in from all over the world, and they all had an opinion on her parenting. So-called experts bombarded her with unsolicited advice. Her life seemed to be falling apart, but she remained steadfast. Now, a few years into her adventure, we get to see how her child is doing.

Shan had recently enrolled her daughter, Grace, into kindergarten. But Grace was not like other children. Grace had been raised on a paleo-based diet since birth and had never eaten sugar in her life. Grace was fed unprocessed and natural food right from the beginning, and had never eaten baby food. Shan had never thought anything of it, until now. Parents began to wonder why Grace looked so different from other children her age.

Shan had read a book on the subject long before she had given birth to Grace and she had adopted the diet herself. “I just got sick of not feeling great,” Shan said. “That had been my normal and (I decided) that wasn’t going to be normal anymore.” She had been a longtime sufferer of numerous food allergies, so she decided to avoid gluten and dairy. Eventually, she had eliminated all processed foods from her life — especially sugars. It was a revelation for her, but was it healthy for her daughter?

After becoming pregnant with Grace, Shan made the decision. She would raise her daughter on a Paleo diet right from when she was born. This diet has been around since the 1970s and includes meats, fish, fruits, vegetables, nuts, and seeds, limiting dairy, legumes, and grains. But it’s never really been tested on infants before. Shan held on firmly to her decision. Grace would be Paleo. Of course, people scoffed and said she was crazy, but the mom continued with her decision and believed in her choice. Then, she visited the doctor.

The paleo diet restricts dairy consumption, but Shan was willing to be a bit more flexible for the sake of Grace’s health. Grace’s pediatrician managed to convince Shan to breastfeed her daughter to improve her intake of nutrients. But there was one thing Shan refused to compromise on and that was sugar. Excess sugar overloads the liver, rots the teeth, and increase the risk of diabetes, and worse — it can even encourage certain cancers to develop. But Shan’s line of work gave her all the information she needed to avoid this.

People called Shan crazy, but there was a method to her madness. With a degree in agricultural science, she is an active contributor to the healthy living scene. She has a popular website called “My Food Religion” where she discusses healthy eating. She has also published an e-book of healthy recipes. She seemed like she had all the tools at her disposal to ensure that Grace ate a healthy diet, but then life threw a spanner in the works.

Shan had been working part-time, teaching healthy-eating workshops. Then, out of the blue, she found out that her husband of 6 years was having an affair. Grace was only 8 months old. Suddenly she found herself a single mother with no steady income of her own and a mortgage to deal with. She had no time to process the discovery or to grieve. Her plans for Grace to be on a strict diet would have to be put on the backburner.

Shan refused to cave into desperation, so she buckled up. She was confident that her extensive knowledge of the wellness sphere would help her business flourish, so she threw herself into it fully. Meanwhile, she continued to raise her daughter as healthily as she possibly could. eventually, all the effort and hard work started to pay off. “It has created avenues for my business that would have never been possible had I stayed where things were ‘comfortable’,” she explained in her blog. But what about Grace?

So What exactly does Grace — now a toddler — eat within the paleo guidelines in a day? Shan explained that breakfast will usually comprise of eggs that have been cooked in coconut oil. Grace’s lunch will be organic roasted chicken with vegetables left over from the previous night’s dinner. These dinners are usually spaghetti Bolognese made with organic beef, served with zucchini noodles instead of the traditional pasta grain variety. With strict restrictions on sugar, desserts are practically nonexistent. But what are the benefits?

Shan claims that the paleo diet has prevented Grace from getting sick as often as the other children in her class who are fed a more conventional diet, and that her immune system has been strengthened. Shan substantiates her claims by saying that Grace has only been sick once in her life. Even then, the minor cold passed quickly. She told the Daily Mail Australia: “She spends a lot of time around other kids who are sick all the time — who have snotty noses, coughs, colds — but she just doesn’t pick it up.”

But what will happen when Grace gets older? As she goes to school and makes new friends she’ll undoubtedly be invited to parties where she’ll be exposed to sweet treats and temptations. Shan spends an enormous amount of time and money ensuring that she and her daughter can eat according to the restrictive paleo diet. But Shan says that she isn’t too worried about Grace being exposed to restricted foods.

Despite her strict dietary restrictions, Shan has a rather relaxed approach. “I’m not going to not let her go to kids’ parties,” she said. “I’m never going to go to Grace, ‘You can’t eat anything at this party — but I packed you some kale. Here you go.’” When Grace starts to go to birthday parties, “she’ll be old enough to know she can choose whatever she wants to eat,” she added. “She’ll probably come home all jacked up on sugar and cake and say, ‘Mum, I don’t feel very well.’ And next time instead of eating 12 cupcakes she might only eat three.”

Even though the paleo diet seems extremely strict and restrictive, Shan explains that she is not as inflexible as she may seem: “I don’t think eating a piece of bread is going to kill me. When I go out to dinner with friends, I’m just going to eat what’s on the menu. I’m not going to be a jerk about it,” she said. “I don’t want there to be any disordered eating around here. Females particularly have enough problems with eating disorders. I want Grace to eat what makes her feel good.” Not everybody agrees with her, though, and she has many detractors.

“It’s really not usually a good idea to put a child on such a restricted diet, particularly when there’s no grounds for it. Depriving her child of grains and legumes will make it much more difficult to achieve a balanced diet,” said Dr. Rosemary Stanton, a respected dietician. “I’d certainly sound a note of caution to other people considering following her.” She added that any parents who are considering following in Shan’s footsteps should do so with caution and consult a reputable dietician first.

“Why eating real food is such a scandalous topic is just bizarre,” Shan says. She has trouble comprehending why people have a problem with what she feeds her daughter. She doesn’t understand why parents who buy their children fast food on a regular basis aren’t subject to the same scrutiny. “If you want to feed your kid one of the most nutrient-void pieces of junk ever, knock your socks off,” she says.

Shan then added: “I’m not going to internet troll you,” “You do the right thing you think for your kid. Why people think it’s offensive to eat a plate of vegetables over a piece of bread — that’s bizarre.” Naysayers have argued that it would be detrimental to deprive children of entire food groups, so we say that it’s striking a balance that’s important. Nutrition is complicated, and there will always be “fads”, the most important thing to remember is to consult with a doctor before making a drastic dietary change. Hopefully, it will work out for Grace, too.
Must Read
European Space Agency Budget Increases By 10 Billion For The Next 3 Years
Artemis 1 Finally Launches: What It Means For Space Travel And Exploration
Clam Species Presumed Extinct For 40,000 Years Has Been Found Alive