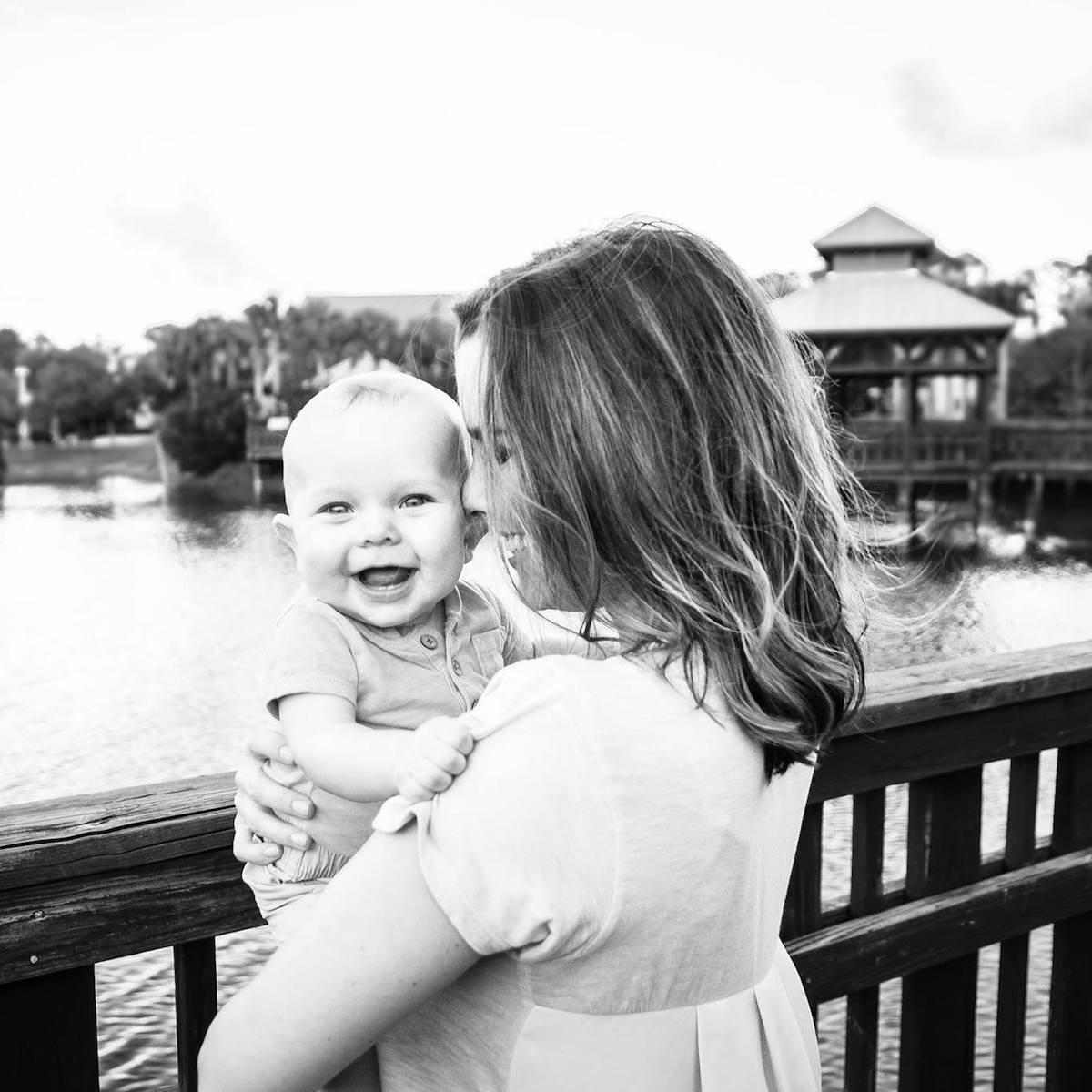 A heavily​ pregnant woman and husband set out for a photo shoot. But bliss quickly turns to disbelief when greeted by an unexpected creature of the deep.

Lurking In The Water

Maternity is an amazing thing, and everyone wants to capture such an incredible moment. What better way to do so than a maternity photo shoot​! Being pregnant is a hardship all by itself, but imagine having to pose to get a perfect shot while carrying such a load? A heavily pregnant woman and her husband decided to get the perfect pictures at a beach. They had searched for the best times and other interesting facts about where they wanted the moment to be captured. But as he started taking the pictures, he couldn’t believe what was lurking in the water.

Dan and Angeline were expecting their son with immense excitement. They wanted to commemorate that moment by keeping the memory of it alive forever – with photographs. Dan had some idea of photography, but in no way would consider himself a professional. The couple researched perfect locations for the shoot until they found just the right one. But of course, Angeline was in her third trimester, so they would have to find something easy enough so that​ she could get around. Never did they expect this to be such a problem.

They had their heart set on a beach location and went ahead for their first attempt. They headed out onto Atlantic beach, but they didn’t think the plan out thoroughly enough. The couple had just moved to the area, ​and they were completely unaware of the weather patterns. Sadly for them, their first attempt was met with a massive thunderstorm that left the couple retreating back home. They knew they wanted the photographs to be taken right there, but they would have to research the weather for the near future. Little did they know what was waiting for them at the beach.

Both Angeline and Dan were saddened by the occurrences of that day. In the end, they did not get the photographs they were so excited for. They began to realize how difficult this task really was, but they couldn’t ponder on the thought long. Their baby was to arrive soon, and they needed to get their perfect pictures soon. Dan began to research the weather and found out that just the weekend after their failed attempt, the sun would be shining with no interruptions. But that’s not the only thing his research showed him.

Jacksonville, Florida, is home to the sunny life of beach-goers. But those are not the only inhabitant​s. There have been a number of conspicuous creature sightings in the past. Dan and Angeline did not know much about the beach or the surroundings; they had just moved there. But still, they wanted the perfect picture on the sandy shoreline. While Dan did his research, two things, in particular, stood out: Atlantic beach was home to sharks and stingrays. But what were the coincidences one of these two would appear right when they were there? Dan didn’t think it would be an issue. Was he underestimating the curious creatures of the sea?

Even though both knew about the shark infested waters, they were determined. The shoot had to get done before their little boy was born into the world. So as the weekend came, off they went towards the beach. It was a beautiful Sunday afternoon, the sun shone high in the sky, ​and the waves were beckoning. The water seemed so inviting that Angeline wandered into the water. Without thinking twice about the consequences, she found herself in a terrible state.

The beach that afternoon was full of people. The weather was terrific and a plan at the beach seemed like the best thing to do on a sluggish Sunday. But suddenly, people started rushing to the shore to look on. What could it be? In the distance, an ominous figure emerged from the water. The beach erupted in chaos, with people scattering, fleeing and chattering nervously. Dan’s attention was drawn to what people were staring at, not paying attention to the most important person – his wife. Angeline was trying to walk on the sand while balancing, this of course was incredibly difficult due to her heavily pregnant state. Dan still hadn’t noticed, but soon enough, Angeline was left behind.

Angeline continued to move around the beach sand. People around her were jogging while she was still trying to rush out of the soggy earth beneath her. Luckily, Angeline was safely on the shoreline before chaos emerged. As people gathered away from Dan and Angeline, they decided to continue with their initial plan – the photo shoot​. But whatever the crowd was looking at was still lurking close.

They continued the photo shoot, ​and Dan got a couple of great pictures showing off Angeline’s baby bump. But still, he wanted to get the “perfect” shot. He was content with his images, but he wanted something spectacular to commemorate the day. Angeline ventured closer to the waterline once more, determined to get the perfect shot and not considering the recent commotion. But as Dan snapped away, he looked at his camera and saw the latest image he had shot. Something was there in the water right behind Angeline.

Dan raised his camera to his eye to get a better look. There it was, right behind his wife a huge creature lurked, and it was swimming straight towards her. The creature was fast, faster than what Dan could have ever expected. Shivers immediately went up and down his spine, could it be a shark? With this thought, his breath became shallow. As he managed to get closer to his wife to prevent danger from striking, he saw it. The creature had surfaced.

Dan was taken aback! In a careless but majestic motion, an incredible dolphin arced out of the water. He knew he could only do one thing – snap more pictures! He positioned his camera perfectly but still, could not get the right shot. The animal was too fast for Dan’s mere photography skills. But then, he had a fantastic​ idea.

The dolphin breached once more, and Dan knew his chances were slim. But as soon as he was losing all hope, he remembered his camera had a setting that took several images back to back. The setting called “burst” would essentially let him capture the amazing moment. He set his camera on the “burst” setting and waited for the magnificent creature to show itself once more.

Once In A Lifetime

As Dan waited with bated breath, things were looking bleak. But then, the water broke, and the dolphin arced his body out of the water. Dan clicked the camera in desperation and lucky for them, the photograph could not have been more incredible. He knew he had captured something good, his camera’s shutter kept on going and when he finally looked at the image, he knew he had it.

Dan was thrilled. His shot was absolutely incredible and captured the dolphin in mid-air perfectly posed like if someone had photoshopped the magnificent creature into the photograph. Angeline couldn’t turn around in time to see the incredible dolphin, but still, she will always have the precious memory of it. Dan had to share the photos, and as soon as he did… They went viral! Dan was just about to take up photography as more than a hobby when another incredible thing happened in their life.

After just a few months, Angeline gave birth to an incredible baby boy. The family had now become a trio as they introduced Courtland Thomas Mozer to the family. A happy and healthy baby boy that has been given the nickname of “Aquaman”! A fitting name to commemorate their maternity photo shoot​, and to never forget the amazing experience with the photobombing dolphin!
Must Read
Genome Studies Manage To Find A New Branch Of Fungal Evolution
European Space Agency Budget Increases By 10 Billion For The Next 3 Years
Artemis 1 Finally Launches: What It Means For Space Travel And Exploration